Born as the third child (out of six) to Damodardas Mulchand (father) and Heeraben Modi (mother), Narendra Damodardas Modi is the 14th Prime Minister of the world’s largest democracy, India. He is regarded one of the most successful self-made leaders in the world as he belongs to an oil-pressing community who is considered as the Other Backward Community in India and has no political background in his family. Let’s explore some of the interesting facts about the rags-to-riches story of this dynamic leader: 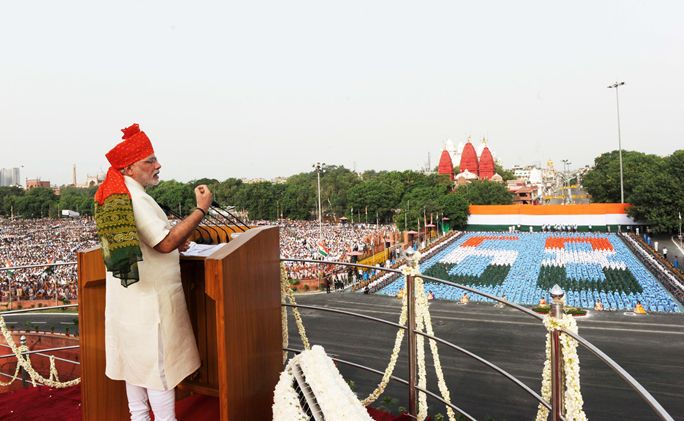 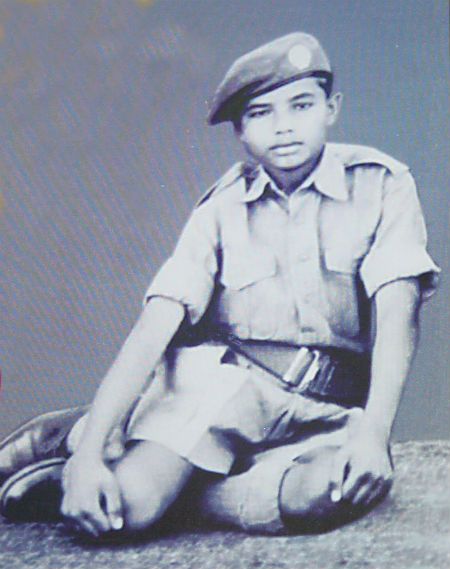 As a child, Narendra Modi dreamt of serving in the Indian Army. He wanted to study in the Sainik school located nearby Jamnagar but couldn’t join because there was no money to pay the fees at home.
Source: narendramodi.in, Image: rediff.com 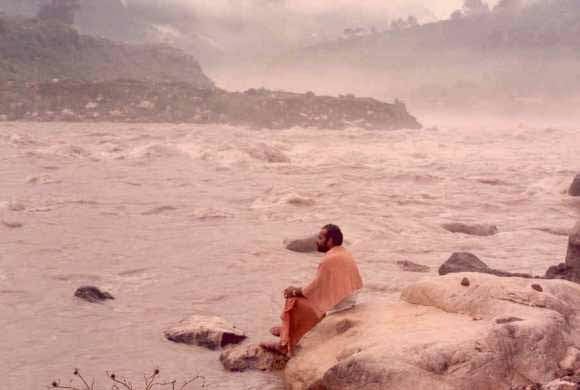 When most teenagers think about their career at the age of 17, Narendra Modi decided to leave home for travelling across India. This decision changed the course of his life as during his travel he came across many cultures of India and met different people. During this period he also visited the Himalayas and spent almost two years as a sanyasi with the yogic sadhus. These travels marked a lasting impression on the young Modi.
Source: narendramodi.in, Image: indiadivine.org 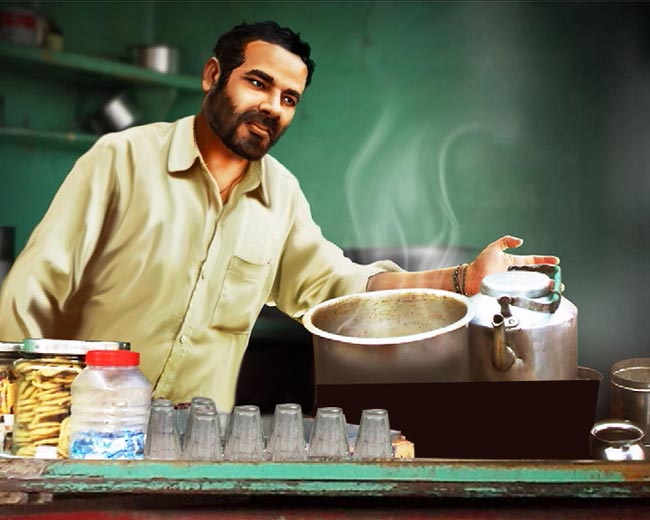 Narendra Modi’s father had a tea-stall at the Vadnagar Railway Station in Gujarat, and young Narendra Modi often lent his hands in selling tea at the station. This is the most sought-after fact about Narendra Modi, and he has been seen mentioning this several times in his speeches.
Source: narendramodi.in, Image: indiatoday.intoday.in

4. When He Mopped The Floor!

Surprised! But it’s true! When he joined RSS, his first job was to mop the floor at the RSS Headquarters in Ahmedabad.
Source: narendramodi.in 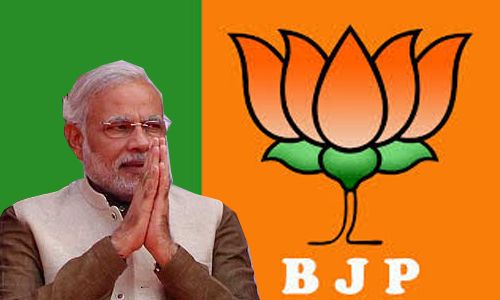 6. Engaged While Still A Child 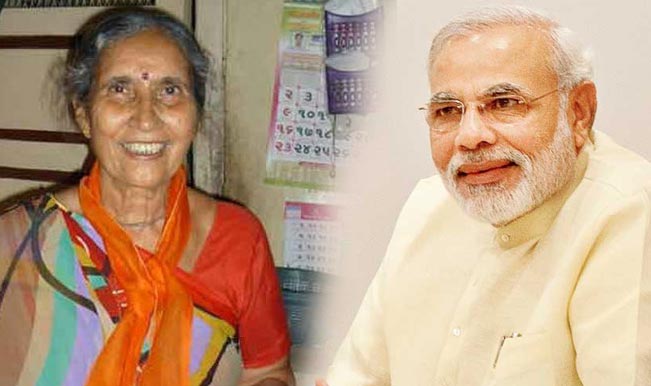 Narendra Modi was engaged to a local girl, Jashodaben, while he was still a child.
Source: wikipedia.org, Image: india.com 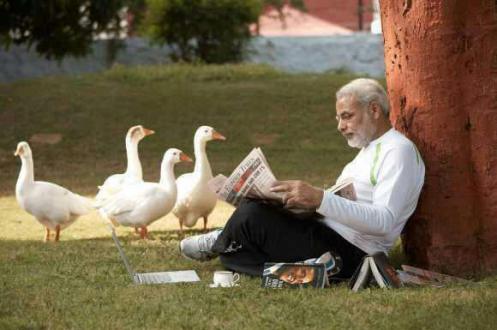 Whether as the Chief Minister of Gujarat or as the Prime Minister of India, Narendra Modi never shared his official residence with any of his family members, not even with his mother.
Source: listcrown.com, Image: mindthenews.com

A three-month course had been undertaken by Narendra Modi in the United States on Image Management and Public Relations.
Source: buzz.iloveindia.com

9. See! Who Is Followed By The Most Followed Leader 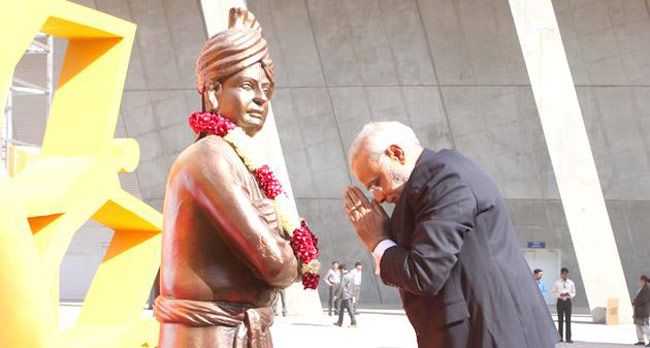 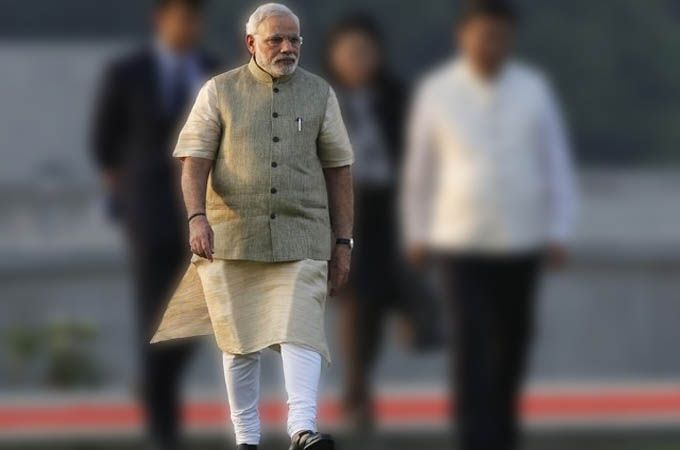 Clothes of Modi do not have any crease. This is a habit from his younger days.
Source: buzz.iloveindia.com, Image: nutterbuster.com

12. When He Couldn’t Enter The United States!

In the year 2005, USA denied visa to Narendra Modi citing his failure to curb the communal riots in 2002 in Gujarat.
Source: timesofindia.indiatimes.com

13. Groomed Gujarat As A World-Class State

In the year 2010, when Modi was the Chief Minister of Gujarat, United Nations awarded Gujarat as the 2nd best state in the world.
Source: whatthafact.com

14. That’s What An Ideal Mother Says… 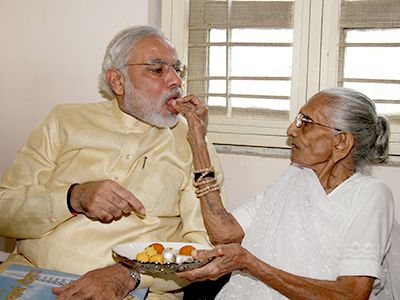 Born on 17 September 1950, Narendra Modi is the first ever Prime Minister to be born in an Independent India.
Source: pmindia.gov.in

During his 13 years of tenure as the Chief Minister of Gujarat, he never took even a single holiday. Such a workaholic!
Source: mensxp.com 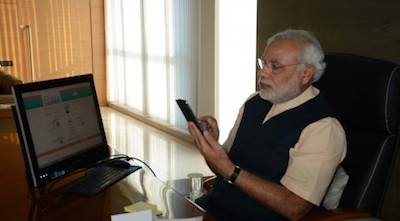 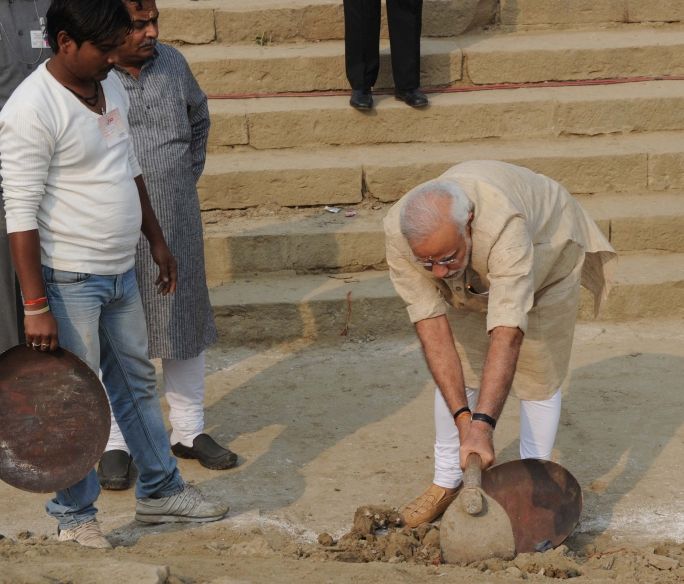 Modi is fond of cleanliness, and after becoming the Prime Minister of India in 2014, he launched a mission– “Swacch Bharat Mission” to spread the awareness of cleanliness among the masses. He once quoted in one of his rallies– “Build toilets before temples”.
Source: blogs.wsj.com, Image: sa.wikipedia.org

During his visit to Taiwan, someone asked him whether India was a land of snake-charmers, to this, he replied – India was now a land of the mouse. By mouse, he meant the computer mouse.
Source: blogs.wsj.com

20. Always Prefers The Language Of The Nation

He is a great patron of the National Language, and it is justified by the fact that he always puts his signature in Hindi, whether it is any casual occasion or an official document.
Source: buzz.iloveindia.com, Image: commons.wikimedia.org

Krishna - February 20, 2017
0
Formerly, known as the gold coast, Ghana is a country located on the coast of the Gulf of Guinea. Apart from its small population...