Named after the Roman God of the sea, Neptune is a planet that was unknown to the ancient civilization. Unseen by the naked eyes, its existence was unknown till 1846. Let’s know some interesting facts about Neptune:

Neptune’s discovery has a story, unlike any other planet. Neptune’s discovery was due to irregularity in the orbit of Uranus. When scientists noticed this, they believed that something is pulling Uranus towards it and causing irregularity in its path. Then they calculated the position of the other object and later on discovered the planet Neptune. Neptune is the only planet whose location was at first predicted using mathematical calculation and then the planet was discovered.
Source: bobthealien.co.uk

2. Most distant planet from the Sun! 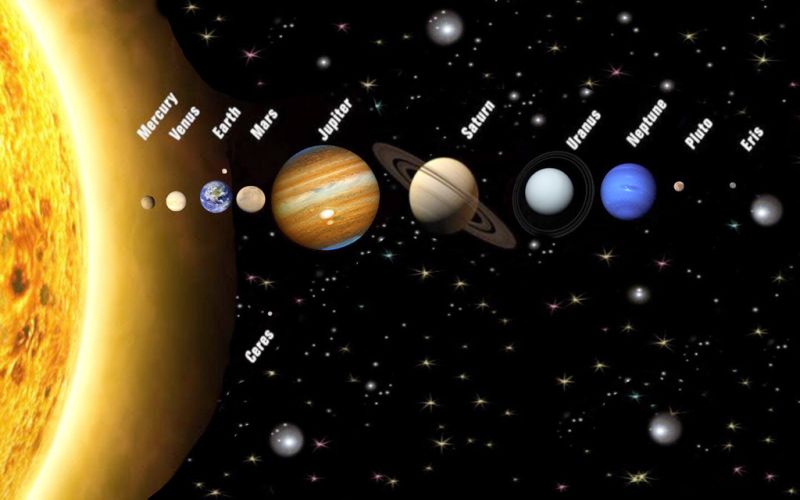 Neptune’s age is the same as the age of Sun, i.e., 4.5 billion years.
Source: amazing-space.stsci.edu 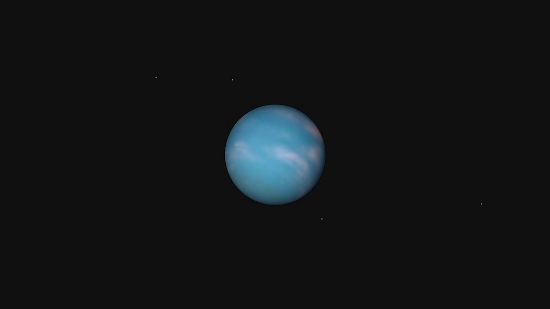 Neptune is the most distant planet from the Sun. Due to this one complete orbit of Neptune takes 164.8 Earth years. Since Neptune’s discovery in 1846, it had completed only one revolution around the Sun in the year 2011.
Source: theplanets.org

6. Beware of its Gravity!

Neptune has a very strong gravitational force and ranks second (after Jupiter) in the gravitational strength among all planets in the solar system.
Source: theplanets.org, Image: wikimedia.org

7. The reason behind being “Blue!” 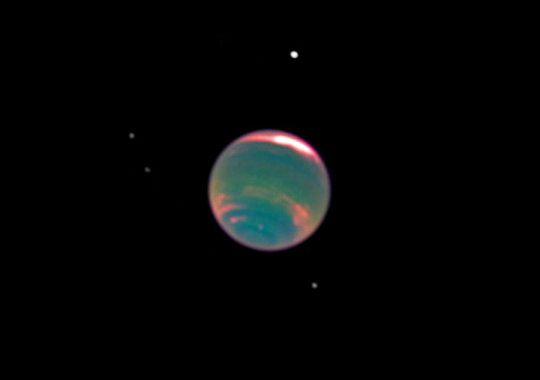 Neptune is the smallest of the gas planets and has an atmosphere quite similar to other gas planets. Its atmosphere mainly comprises of helium and hydrogen. Some amount of methane, ammonia, water and other ices are also present in the atmosphere. Methane gives a blue color to this planet.
Source: universetoday.com, Image: wikimedia.org 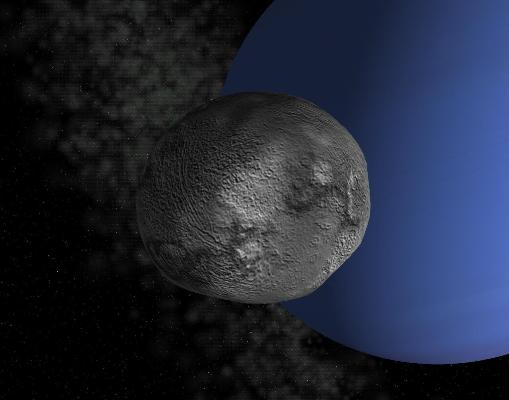 Till now 14 moons of Neptune had been discovered. Among them, Triton is the largest. Triton has its own atmosphere of a thin Nitrogen haze. The farthest moon of Neptune is Nereid and is the largest irregular moon of the solar system.
Source: space.com, Image: wikimedia.org

9. A Moon that Rotates Opposite to Neptune! 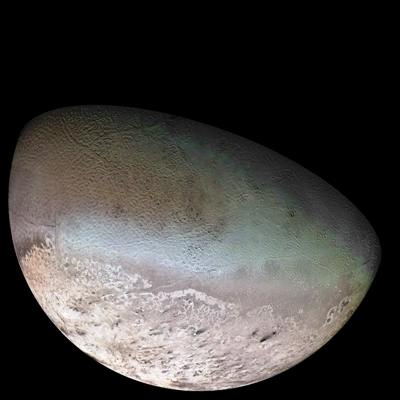 Triton, the largest moon of Neptune is the only large moon which orbits in the direction opposite to the rotation of its planet. This feature makes Triton quite unique among all other large moons of the solar system. Also, Triton was discovered only 17 days after the discovery of Neptune.
Source: space-fact.com, Image: wikimedia.org

10. Triton getting closer to Neptune!

Triton is slowly going towards Neptune. If this continues then, Triton may get so close with Neptune that the gravitational force will tear it apart due to which rings may form around it. These rings will be much more spectacular than the rings of Saturn.
Source: bobthealien.co.uk. Image: wikimedia.org

Neptune has four rings, but its rings are much fainter than the beautiful Saturn rings. Scientists predict that these rings are still in the process of their formation.
Source: bobthealien.co.uk 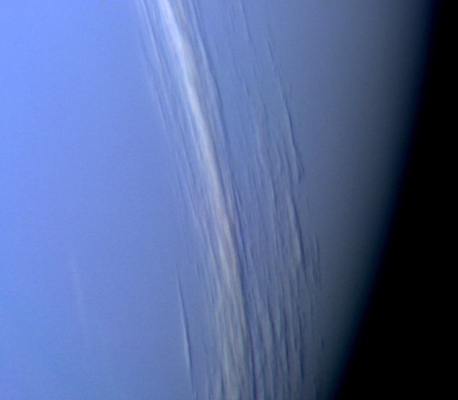 Since Neptune is the most distant planet from the Sun, it is very cold. The temperature in Neptune can even go below –218 degree Celsius.
Source: universetoday.com, Image: wikimedia.org

The top clouds of Neptune move at a great speed. It’s due to hurricanes inside the Neptune whose air moves at the speed of 2,100 km/hour. Scientists are trying to understand how this icy cold planet can have such fast moving clouds. Do you know, on Neptune, there is a cloud that moves around the planet every 16 hours? This cloud is called “The Scooter.”
Source: universetoday.com, Image: wikimedia.org

Great Dark Spot is a storm going on in the southern atmosphere of Neptune. This storm is very likely to be the size of the Earth! This huge spinning storm was discovered by the Voyager 2 spacecraft in 1989. The speed of winds recorded in this storm is the fastest wind in the entire Solar System.
Source: coolcosmos.ipac.caltech.edu, Image: wikimedia.org

Nearby the Great Dark Spot was situated its cousin, the Small Dark Spot. It too was discovered by Voyager 2 in 1989. The Small Dark Spot is also called The Wizard’s Eye or Dark Spot 2 and was the second most intensive storm recorded on the surface of Neptune at that time.
Source: Wikipedia, Image: wikimedia.org

16. The maiden voyage to Neptune!

Till now only one spacecraft, Voyager 2 had been sent to Neptune. Voyager 2 traveled at the speed of 19 kilometers per second and took 12 years to come to planet Neptune. Voyager 2 visited Neptune in the year 1989. Five hours after passing over Neptune, Voyager 2 came nearby Neptune’s moon, Triton.
Source: voyager.jpl.nasa.gov, Image: Flickr