Nicki Minaj is one of the most popular Rap artists whose journey is truly like a roller coaster ride. This American singer, songwriter, rapper, vocal artist, and a television superstar didn’t have a great start early in life. Her troubled life made her strong and gave her the ambition to shine like a star. Here are few interesting facts about Nicki Minaj worth knowing: 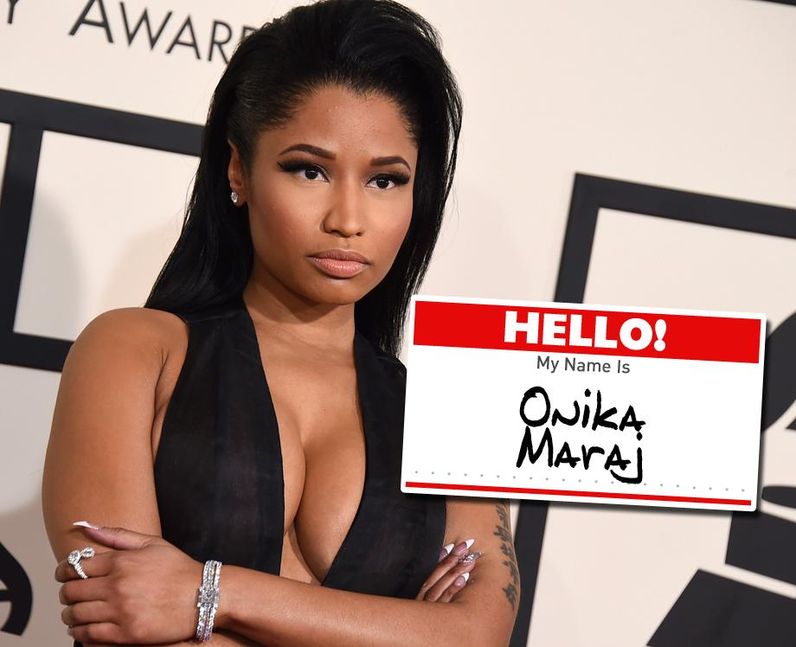 Do you guys know that Nicki Minaj’s real name is Onika Tanya Maraj and Nicki Minaj is a stage name the artist adopted which apparently she hates? She went from ‘Cookie’ to ‘Harajuku Barbie’ to finally Nicky Minaj.
Source: suprtickets.com, Image: capitalfm.com

2. She Wanted To Kill Her Dad! 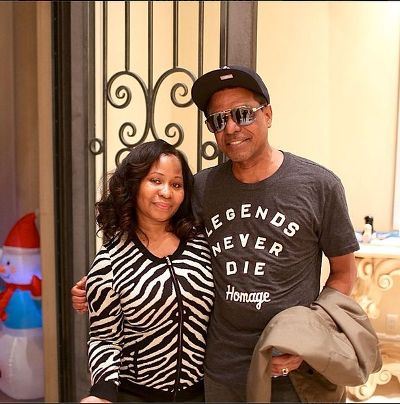 Nicki Minaj was raised by her father, an abusive drug addict who would sell house furniture for his urges. He once started a fire to kill Minaj’s mother. Th reasons are enough that Nicki wanted her dad to be dead.
Source: theboombox.com, Image: Instagram/Nicki Minaj 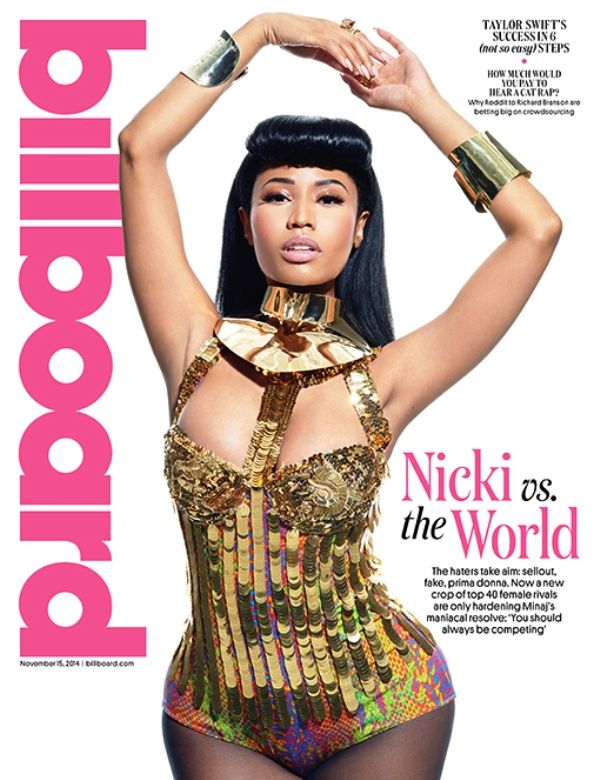 Nicky Minaj hit a record in October 2010 when she made her 7 songs on the Billboard Top 100 simultaneously. With that, she became the first female solo artist to do so.
Source: fun-facts.org.uk, Image: billboard.com 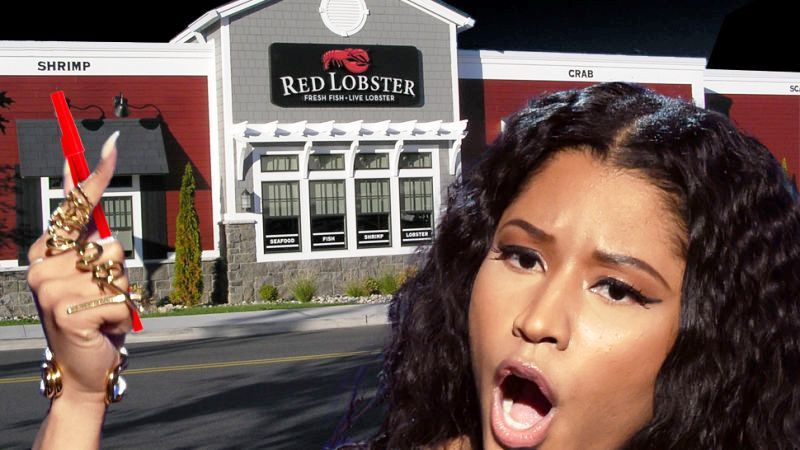 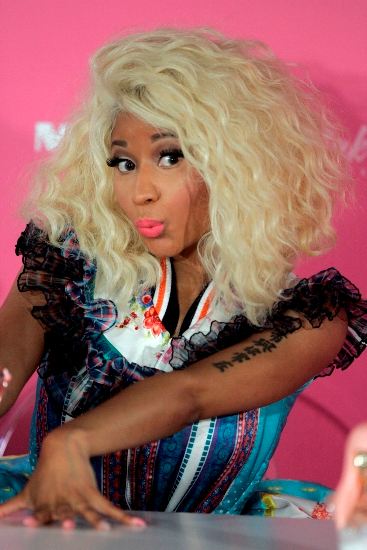 Nicky Minaj has just one tattoo on her arm which says ‘God is always with you’ in Chinese. But the star regrets having this tattoo and wants to get it removed.
Source: thehollywoodgossip.com, Image: wikimedia.org

In an interview, Nicky Minaj said that she is a great cook and his father taught her how to make Chicken Curry. Well, don’t we want to try that out!
Source: 10blognews.info

7. First And The Only Female Rapper On Forbes Hip-Hop Cash King List! 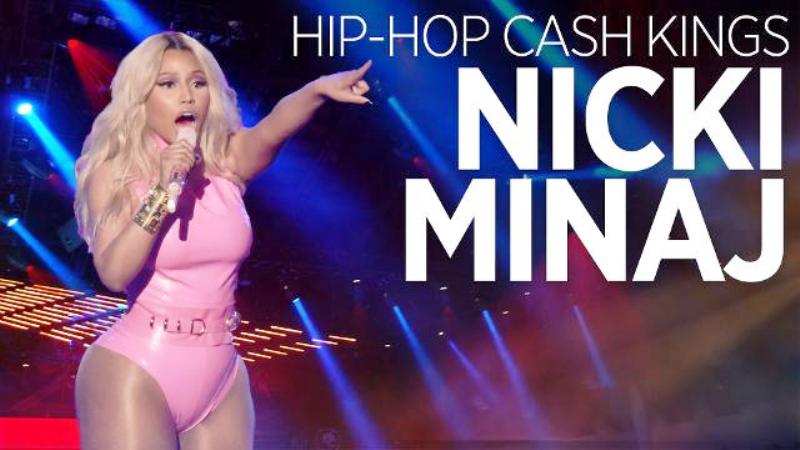 In a short span of her career, this star managed to be the first and the only female rapper to be on the Forbes Hip-Hop Cash King List where she clocked at No. 4 in 2013 with $29 million earning.
Source: theboombox.com, Image: i.forbesimg.com 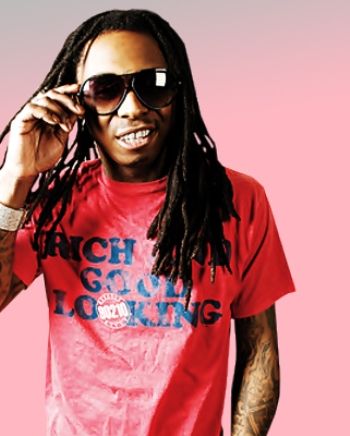 Nicky Minaj’s talent was first recognized by the famous rapper Lil Wayne who discovered her and made her sign a deal to his record label Young Money Entertainment, in the year 2009.
Source: suprtickets.com, Image: deviantart.net 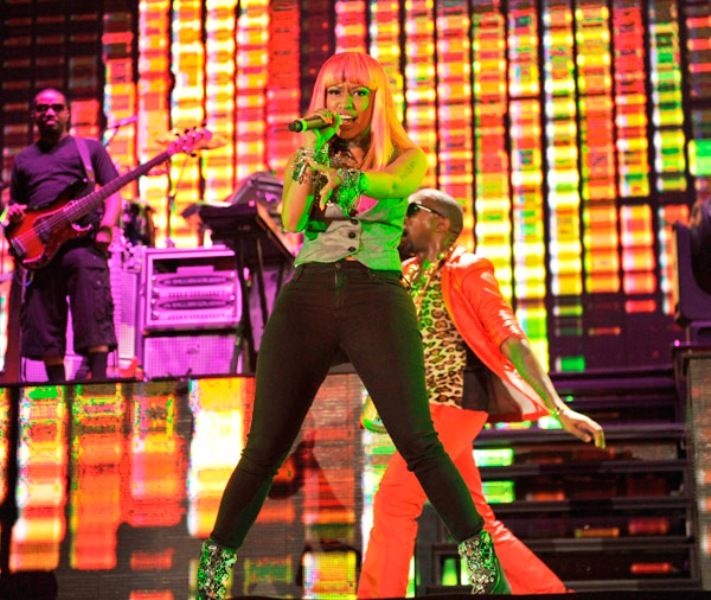 Among her many records, another one is that she is also the first female rap artist to perform at the Yankee Stadium. Kudos to the girl!
Source: atlantablackstar.com, Image: rap-up.com 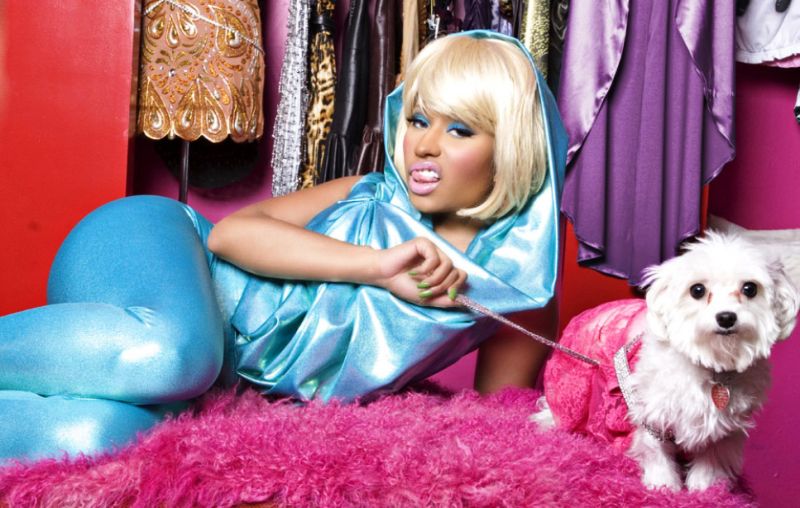 Nicky Minaj admits that she dislikes Cats and prefers Dogs over it. She is simply a Dog person.
Source: amazingandwierd.com, Image: vignette.wikia.nocookie.net 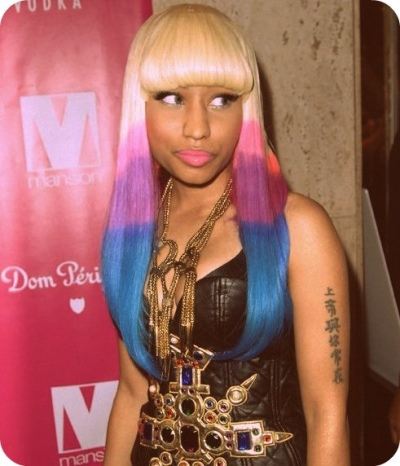 It is known that Minaj is the most followed rapper on Twitter and was listed as the fourth most active musician on the Social Media by Billboard in the year 2011.
Source: suprtickets.com, Image: Flickr 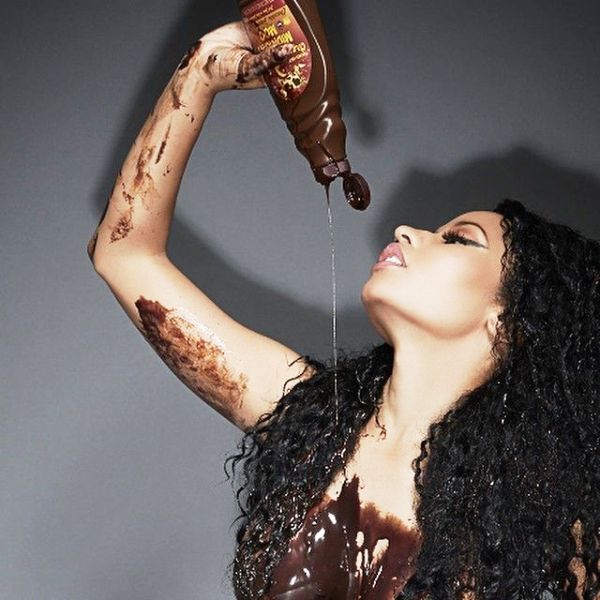 The lists of favorites of this celebrity are as follows: her favorite fruit is- Mango, Chocolates are- Kit-Kat and Twix’s, and the program is- Judge Judy, and favorite actress is- Zoe Saldana. And if it was not obvious, favorite color is Pink.
Source: thefactsite.com, Image: i.pinimg.com 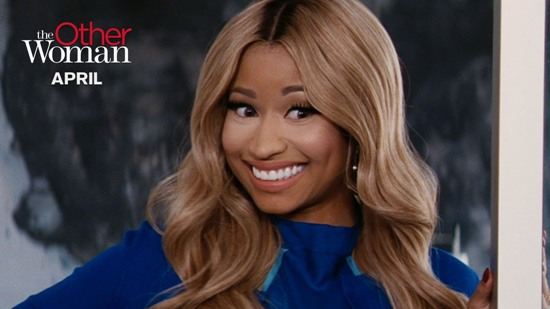 This Rapper sensation wanted to be an actress and had also studied acting at La Guardia High School. Well, she is following her love for acting by doing roles in movies like ‘The Other Woman.’
Source: theboombox.com, Image: YouTube 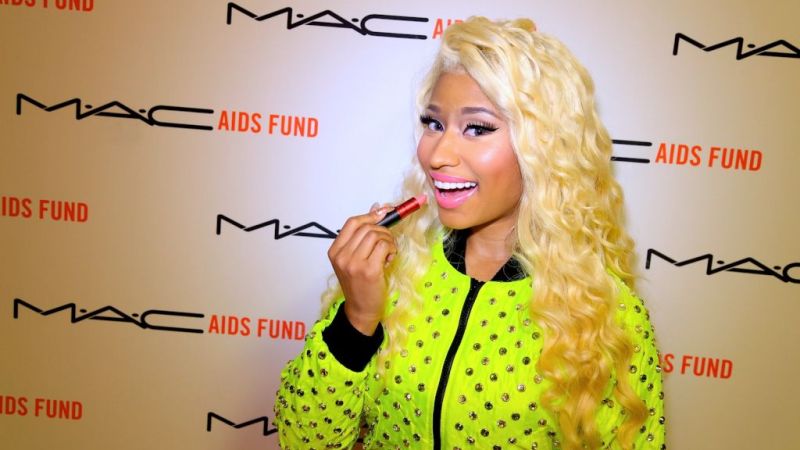 The star helped in raising a huge amount of $250 million for the people of AIDS with the help of MAC Cosmetics. She endorsed Viva Glam lipstick and 100% profits funds went to MAC AIDS Fund.
Source: theboombox.com, Image: vignette.wikia.nocookie.net 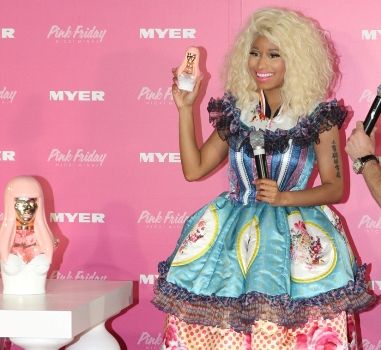 The Debut Album of the artist, Pink Friday though was a great success among her fans, Nicky admits that it does not bring happy memories to her.
Source: grindisreal.com, Image: wikimedia.org

Nicky says that as a kid, she loved reading books and books are her inspiration. She sometimes wished that the characters in the books were her real family.
Source: grindisreal.com 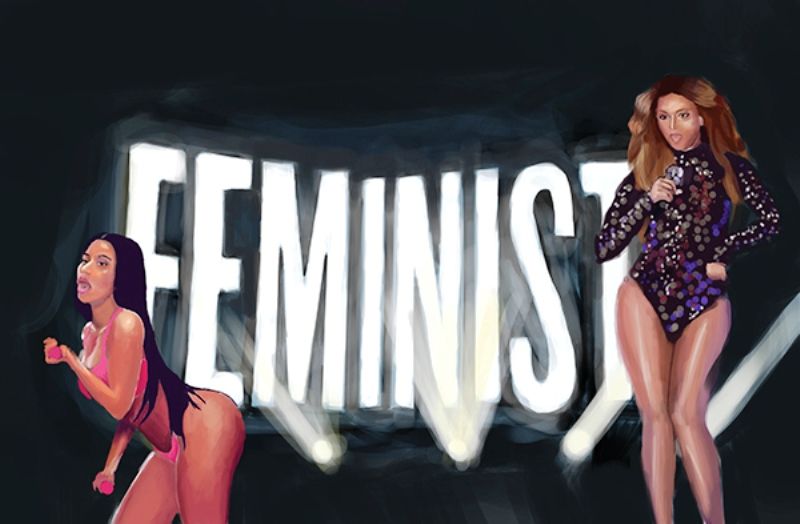 She is a strong believer in the Women Empowerment and considers herself as a feminist. She says that after seeing her mom go through troubles because of her abusive father, she wants every woman to be stronger and empowered.
Source: thehollywoodgossip.com, Image: jlaxxx.files.wordpress.com 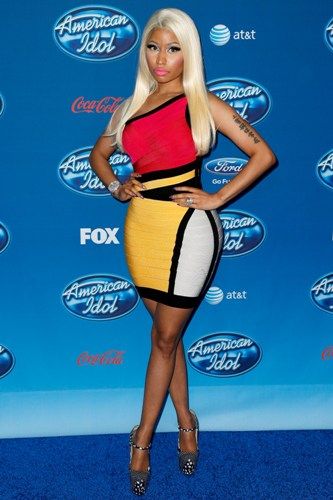 Nicky Minaj joined as a guest-judge in the 12th season of American Idol, but soon the verbal feud video of Minaj and Mariah Carey (another judge at the show) became viral making both the artists leave the show. She admits that she didn’t like being on the show.
Source: Wikipedia, Image: idolator.com

Shukla Sundeep - June 27, 2016
0
Built on Railway Lines, CN tower is a communications and observation tower in Toronto, Canada. It was the world's tallest building and tower until...