Oslo is the Capital and most populous city of Norway and it is called “the land of midnight Sun. It was founded in the year 1040. Oslo is the economic and administrative centre of Norway. The city is also a centre of Norwegian trade, banking, industry and shipping. It is a significant centre for maritime industries and maritime trade in Europe. Oslo is a pilot city of the Council of Europe and the European Commission intercultural cities programme. 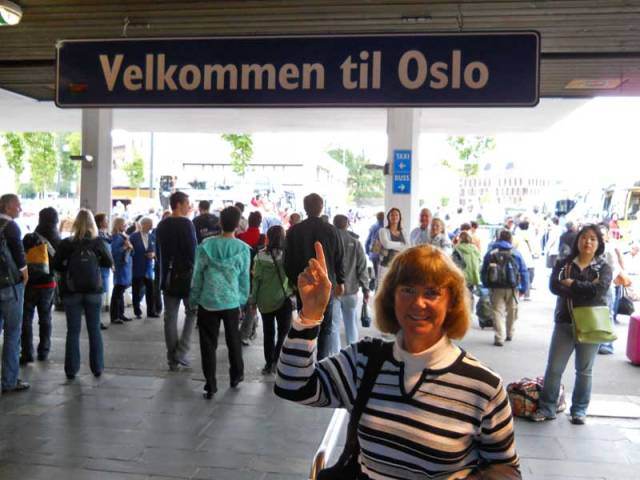 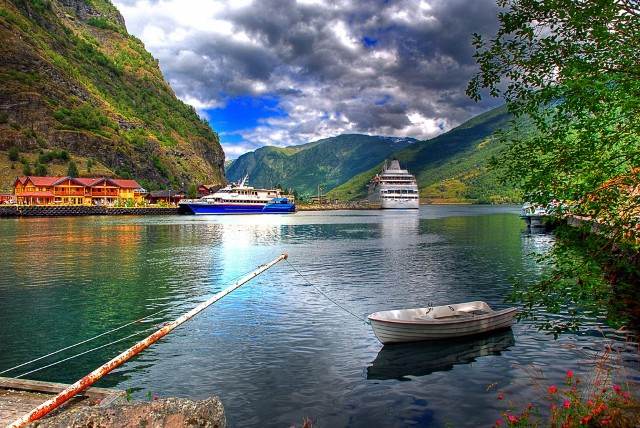 Oslo is considered as one of the most beautiful cities in the World. Its landscape is awesome. Oslo is surrounded by green hills and mountains. Oslo has 343 lakes, the largest being Maridalsvannet (3.91 km2 or 1.51 sq mi). This is also a main source of drinking water for large parts of Oslo.
source: wikipedia, image: fcmmalta.com

This City is situated at 59 degree parallel of Northern Hemisphere that is why daylight varies greatly, from more than 18 hours in midsummer, when it never gets completely dark at night.
source: wikipedia

As per the Norse sagas, Oslo was founded around 1049 by King Harald Hardråde. Recent archaeological research however has uncovered Christian burials which can be dated to prior to AD 1000, evidence of a preceding urban settlement. In 1624, the Fire destroyed the city. During the reign of King Christian IV, the city’s name was Christiania.
source: wikipedia 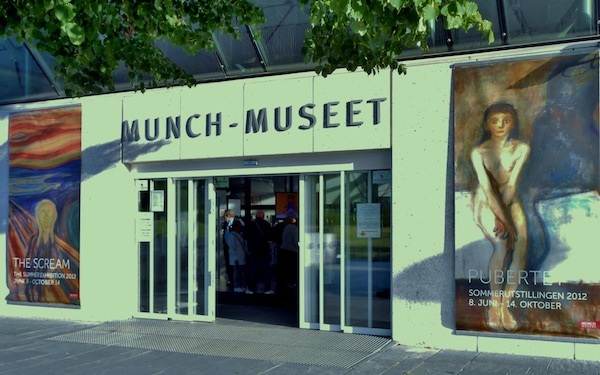 Oslo comprises several Museums.  The Munch Museum contains The Scream, the popular name given to each of four versions of a composition, created as both paintings and pastels, by the Expressionist artist Edvard Munch between 1893 and 1910. There are 50 other Museums around the city.
source: wikipedia, image: deerasmusenoslo.files.wordpress.com 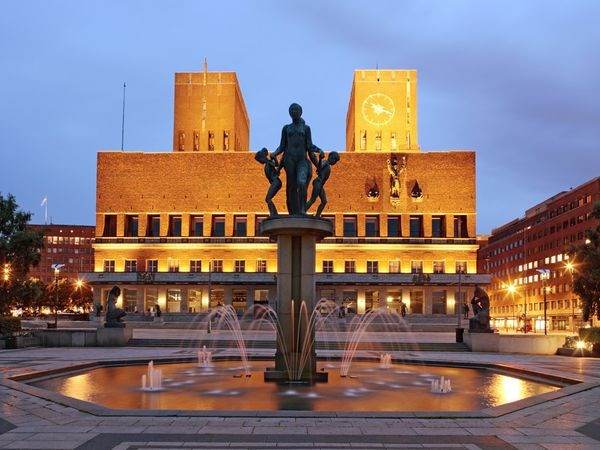 Nobel Peace Prize ceremony is held in Oslo every year in The City Hall on 10 December.
source: estonianexperience.com, image: freetouroslo.com 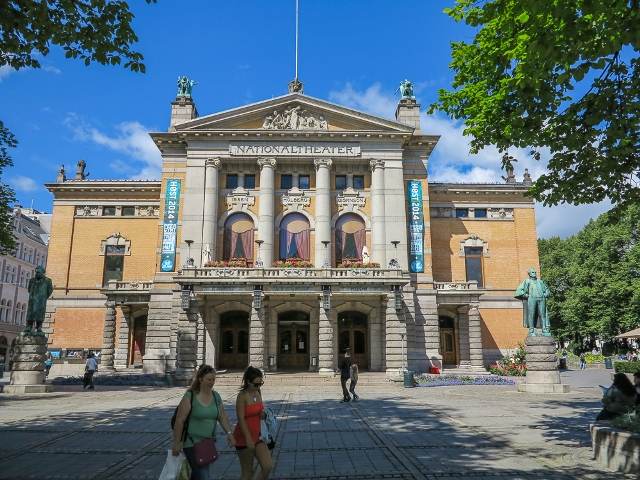 Oslo contains over 20 theatres. The National Theatre is the largest theatre in Norway and is situated near the royal palace.
source: wikipedia, image: globaltrekkers.ca 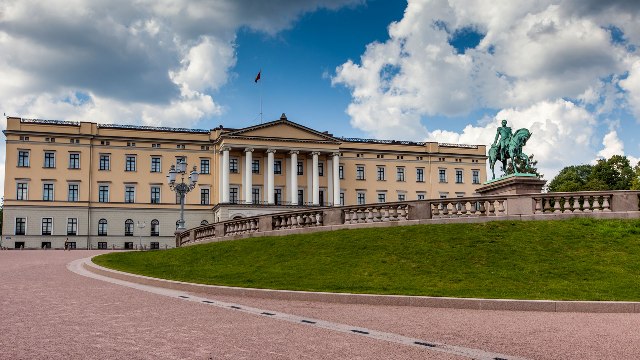 Oslo houses the Royal Palace of Norwegian King and Queen. Currently the King and Queen of Norway are Harald V and Sonja Haraldsen respectively. The construction of this Royal Palace began in 1824; the palace was first used in 1849 by King Oscar I.
source: mentalfloss.com, image: norway.nordicvisitor.com 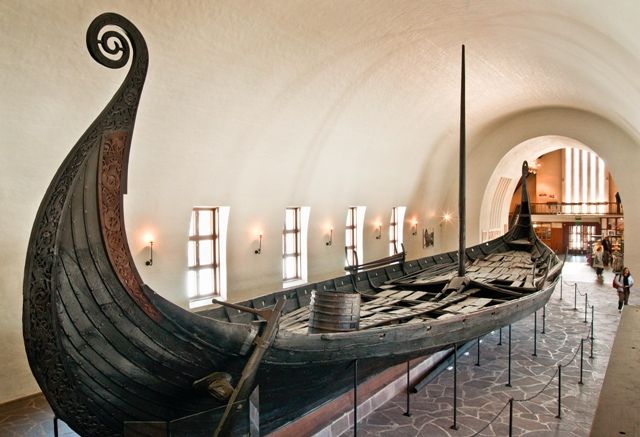 Viking Ship Museum is the part of the Museum of Cultural History of the University of Oslo. It houses three historical boats: the Oseberg, made of oak in the year 820; the Tune, which was the first Viking ship to be excavated when it was found in 1867; and the world’s best-preserved Viking ship, the Gokstad, discovered in a burial mound on a farm in 1879.
source: mentalfloss.com, image: voices.nationalgeographic.com 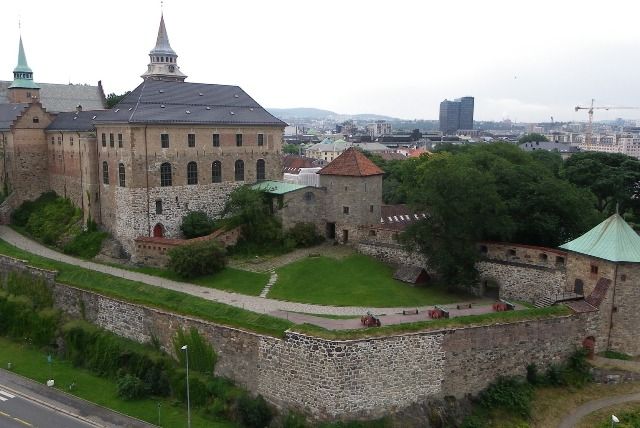 City has Akershus Fortress or Castle that was built in Middle Ages. That was built to Protect Oslo. Now it serves as a military base.
source: mentalfloss.com, image: cdn2.vtourist.com 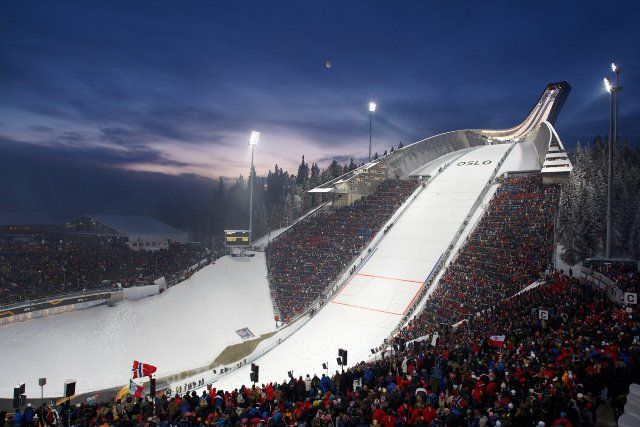 Oslo is famous for ski jumping also. Holmenkollen is a place where ski jumping competitions are held. Holmenkollen hosted the competition annually from 1892 to 2008, and was even the site of the World Championships in 1982. A new jump was made in 2010, and Holmenkollen is now known as the world’s most modern ski jump, featuring 1000 tons of steel over the 440-foot long hill.
source: mentalfloss.com, image: home.uia.no

12. One of the most Expensive Cities

Krishna - March 27, 2017
0
Dublin stands resolutely on Ireland's East Coast, at the mouth of River Liffey. Despite a long and sometimes tragic history of Invasion and Resistance,...