From Mexican border to Canada, Pacific Crest Trail is one of the longest hiking paths in the world. Most of the trail falls within the United States and goes through California, Oregon, and Washington. Passing through some of the most marvelous places of the United States, hikers enjoy the scenic beauty and make themselves ready for upcoming challenges. Sometimes conditions go from worse to worst, so, you will have to be painstaking all the time. Let us know some interesting facts about one of the most adventurous trails, Pacific Crest Trail. 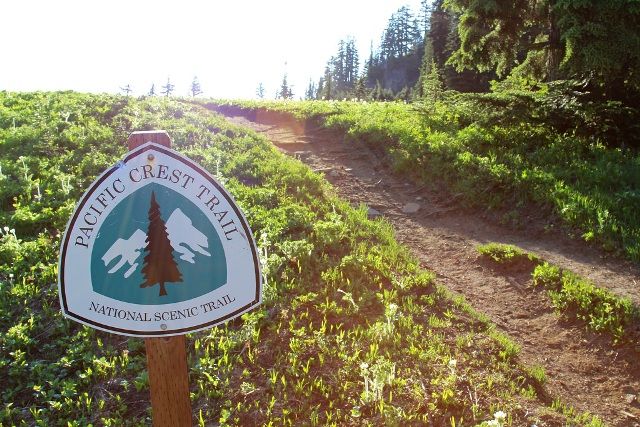 1. One Of The Longest Trails In The World

Pacific Crest Trail is one of the longest trails in the world. It is 2,650 miles or 4,269 km long. Hikers pass through three states of the USA; California, Oregon, and Washington.
Source: surfingtandem.com, Image: Flickr

2. From Mexico To Canada

The starting point of the trail is just south of the Campo town of California which is coterminous with Mexico and the ending point is the edge of Manning Park, British Columbia, Canada.
Source: backpacker.com, Image: Wikimedia 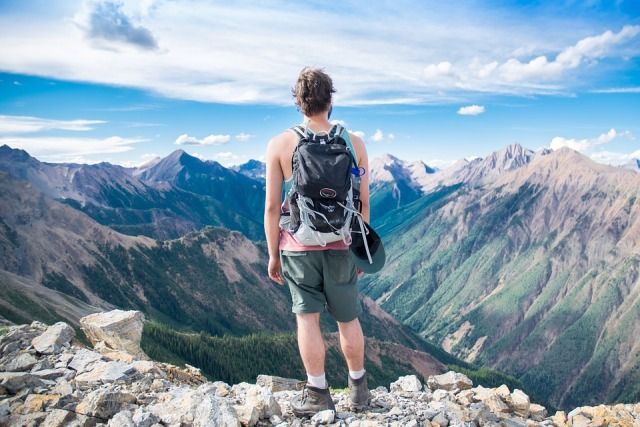 Hikers have to complete their journey within 4 to 5 months. They start in late April and end in late September. They have to finish it in September due to adverse weather conditions in winter seasons. The average speed of hikers must be 20 to 30 miles per day.
Source: thetrek.co, Image: Pixabay

4. Life-Threatening Challenges On Your Way 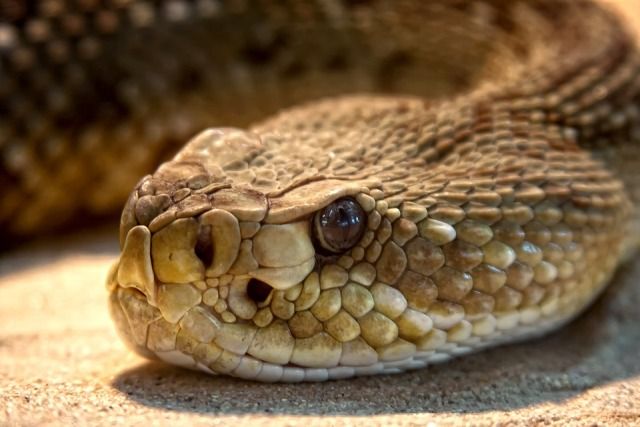 The trail passes through some of the dangerous places in the United States. The region of California notoriously famous for its deadly rattlesnakes, and the upper region around Oregon and Washington is daunting because of wild Bears. Some hikers get hurt and sometimes killed by these predators.
Source: thelatebloomerhiker.com, Image: Pixabay 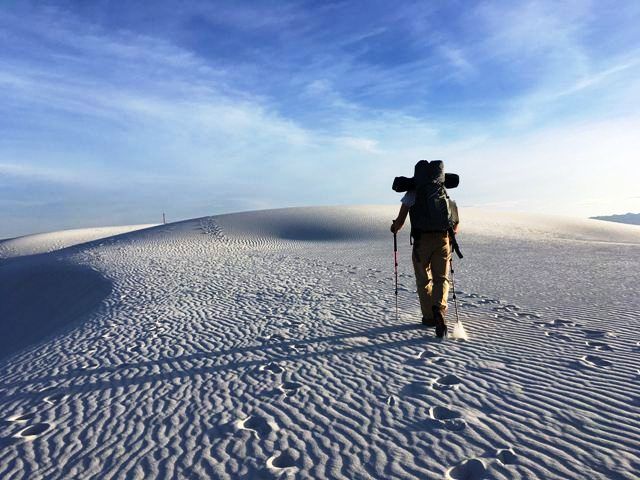 As trail stretches three states of the USA, climate varies from place to place. First of all, hikers have to walk through one of the hottest places on the planet, deserts of the death valley; the temperature may be around 45°C or above. After the Death Valley, they experience some of the coldest regions in the USA through Oregon and Washington, the temperature can go down to -35°C. Keep that in mind before going.
Source: backpacker.com, Image: Pexels

6. Ride The Trail On Mountain Bike 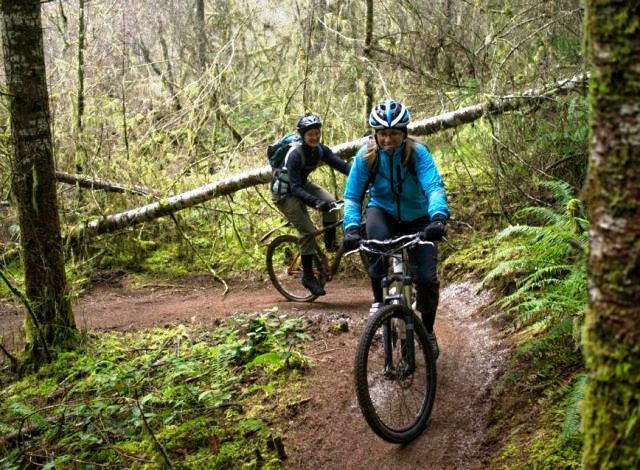 There is a parallel route for cycling too. The Pacific Crest Trail (PCT) can be completed by the cycle also. However, the cycling route is called “Pacific Crest Bicycle Trail” (PCBT) that is 2500 miles or 4023 kms long and designed closely to PCT.
Source: Wikipedia, Image: Flickr

7. Should I Need Permission?

Yes! if you are planning a trip more than 500 miles, you need a permit by the Pacific Crest Trail Association. You need a California fire permit if you boil your food on the way because campfires are prohibited in Southern California. When you cross the Canada border, you will need a permit to enter Canada.
Source: backpacker.com

8. Hike Through The Highest And Lowest

Pacific Crest Trail makes you see some of the most beautiful landscapes of North America. Hikers pass through Forester Pass, the highest point with 4009-meters altitude on the Sierra Nevada mountains and Cascade Locks with only 43 meters altitude in Oregon, the lowest point along this trail.
Source: halfwayanywhere.com, Image: Flickr, Image: Flickr

9. Watch Out For Poisonous Plants

Yes! you will have to be extra cautious and make sure you haven’t had any plant diet on your way; because you never know that some plants like the poodle-dog bush (or Eriodictyon parryi) are poisonous. This plant is found in northern California.
Source: halfwayanywhere.com, Image: Wikimedia

10. Take A Horse Ride Through

Horse ride on the trail is also possible. Some people prefer horse-riding to hiking or biking. In 1959, Don and June Mulford made it through horse riding.
Source: oregonlive.com, Image: Wikimedia

11. Perfect Backdrop For Your Phone

On the way in California, you will end up at Vasquez Rocks, a rugged beauty of the Sierra Pelona Mountains. It can be a perfect backdrop for your photo. The area is a famous picnic point also.
Source: modernhiker.com, Image: Wikimedia

12. No One With You But Nature

Though their journey, hikers experience some of the most remote locations in the United States. Of course, they witness the beauty of the rugged mountains and they also witness the scenic beauty of Alger Lakes in Ansel Adams Wilderness. The area is teeming with granite peaks, steep-walled gorges, and rock outcroppings.
Source: fs.usda.gov, Image: Wikimedia

13. Take A Snap Of Three Sisters

As hikers enter Oregon, they experience some cooler regions and sensational beauty of the mountains and volcanoes. Three Sisters is a gorgeous volcanic chain in Willamette National Forest.
Source: volcanocafe.org, Image: Wikimedia

Martin Papendick was the first person who hiked through all the three states in 1952; before the trail was planned by the government. He started hiking on July 4 and finished on December 1, 1952.
Source: Wikipedia 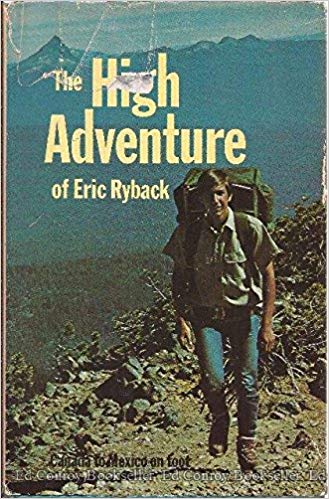 On October 16, 1970, Eric Ryback who was only 18 years old then, finished first PCT through hike. He achieved this feat within 132 days with 80-pound weight on his back. Edward P. Cliff, then Chief of the U.S. Forest Service, congratulated him on this work. Prior to this, he hiked the whole Appalachian Trail at the age of 17. His 1971 book, “The High Adventure of Eric Ryback: Canada to Mexico on Foot,” caught the public attention and highlighted PCT.
Source: coldsplinters.com

Scott Williamson is an American hiker, who hiked the Pacific Crest trail both ways in a single continuous round-trip on foot within 197 days. He traveled about 5,300 miles or 8,530 km with the speed of 27 miles or 43 km a day.
Source: Wikipedia

In 2018, Pacific Crest Trail Association celebrated 50 years of its designation as a National Scenic Trail. On October 2, 1968, NTSA (National Trails System Act) was passed by the then U.S. President Lyndon Johnson.
Source: pcta.org

The Pacific Crest Trail is highlighted in an American film “Wild” starring Reese Witherspoon and Laura Dern. The movie was released in 2014.
Source: imdb.com, GIF: giphy