The colorful, clever and super entertaining birds are truly an experience to witness and also having as a pet. Parrots are known for their amazing colorful wings, their curved bill, and upright stance and not to forget their talking ability which makes them very dear to humans.
Besides being the experts in picking up different accents, parrots have a lot more other things worth knowing. Here are some interesting facts about this beautiful bird: 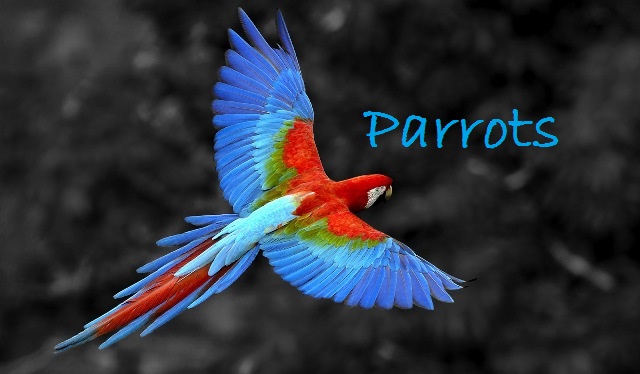 Parrots are supposed to be one of the most intelligent birds. And it is not unusual for African Grey Parrot to learn up to 100 words and phrases. They not only speak but associate to situations. Scientists believe they have the logic of four-year-old. Not bad!
Source: ipfactly.com

2. Use their feet to eat 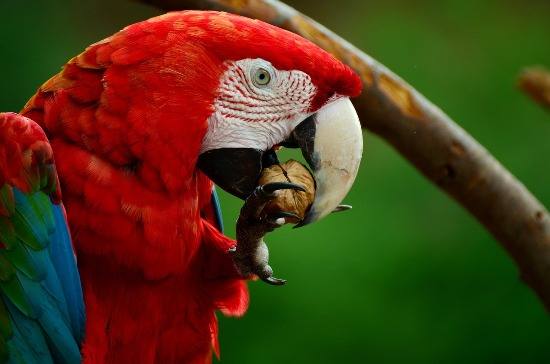 It’s interesting to know that Parrots have zygodactyl feet, which means they have four toes on each foot, two facing backward and two facing forward. Their feet are somewhat similar to humans hand, and hence they use it to pick food and put it in their mouth.
Source: ipfactly.com, image: 4.bp.blogspot.com 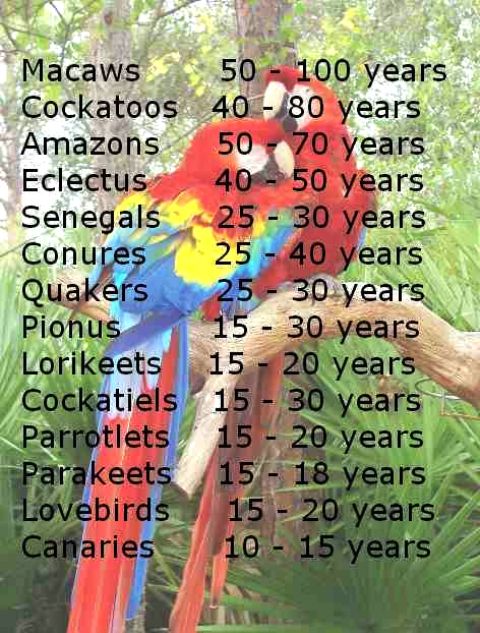 Parrots have a long life span. Though the average lifespan of parrots is 25-50 years, some of the parrots can live for 80 years and more; making them very good companions to humans as pets.
Source: ipfactly.com, image: pinimg.com

4. They believe in Love forever!

Parrots mate for life. To find a mate, a male parrot puts up a courtship display and impresses female parrot. And once female chooses the male parrot, they stay together forever. They are monogamous. How Romantic!
Source: pets4homes.co.uk, image: flickr 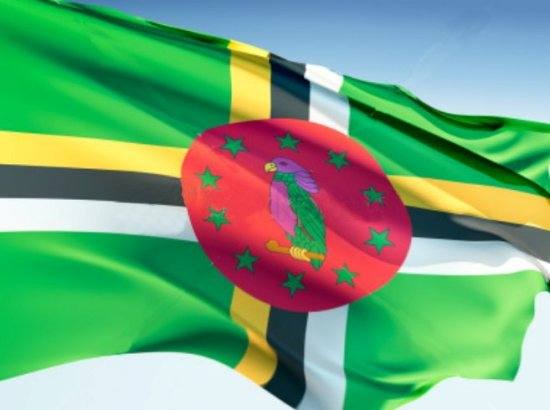 Dominica has a parrot in their flag. It features their national bird emblem, the Sisserou Parrot, which is endemic to Dominica and is an endangered species.
Source: Wikipedia, image: dominicanewsonline.com 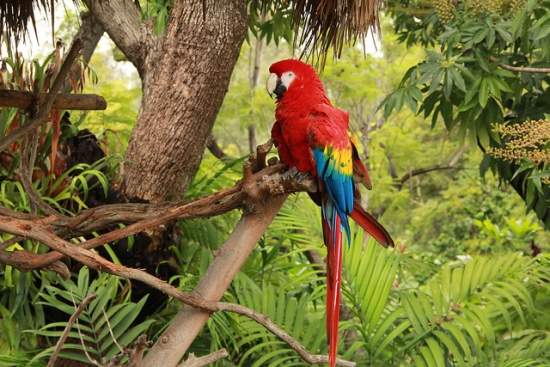 Another interesting fact about Parrots is that while most birds build up nest to live and lay their eggs, parrots don’t. Mostly, all kinds of parrots find some convenient abandoned space like a hole in a tree, cavities in the cliff or termite mounds which are good enough for them.
Source: apecsec.org, image: Flickr

Start up some peppy song and parrots would enjoy with you. Parrots are among very few animals who can feel the music. They can feel and understand the beat of the music and move with it. They like to move it! Move it!
Source: quora 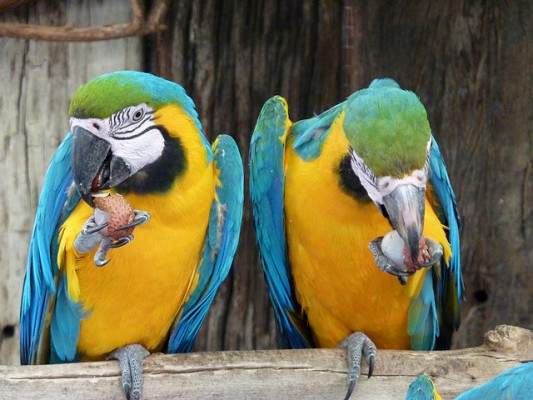 Most parrots love to nibble on seeds, fruits, and flowers but some parrots surely enjoy a little meat. They enjoy occasional insects.
Source: petparrots101.com, image: Flickr

In the wild, parrots live in flocks and communicate by making loud screeching and squawking sounds.
Source: healthypets.mercola.com, image: parrotpartner.com

10. Cockatoo has moving feathers on head

A special kind of parrot, Cockatoo, has an impressive crest made up of feathers on the top of his head which can be raised and lowered at the bird’s will.
Source: healthypets.mercola.com

Parrots cannot eat chocolates. It is very poisonous for their body.
Source: interestingfunfacts.com 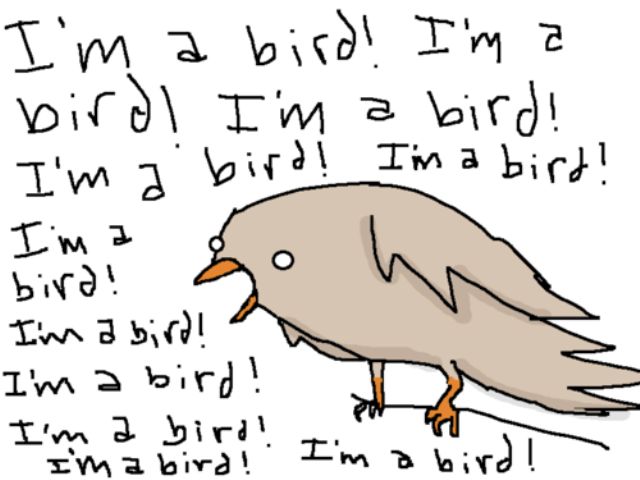 Even though talking is one of the main characteristics of parrots, they actually don’t possess vocal chords. They “trumpet” the sound by pushing air out of their trachea. They don’t actually talk but make variations on whistling.
Source: interestingfunfacts.com, image: 2.bp.blogspot.com

The Kakapo, which is world’s largest parrot weighs about 9 pounds and grows over 2 feet long but ironically is a flightless bird. It is also the only parrot that is active during the night.
Source: ipfactly.com, image: Flickr 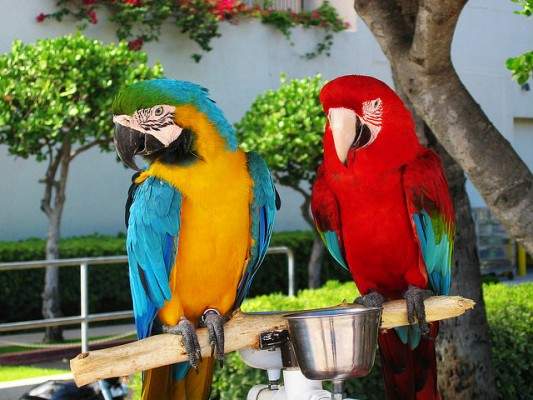 In parrots, one cannot easily distinguish between male and female parrot. They are identical, and a special blood test is required to know them apart.
Source: pets4homes.co.uk, image: Flickr 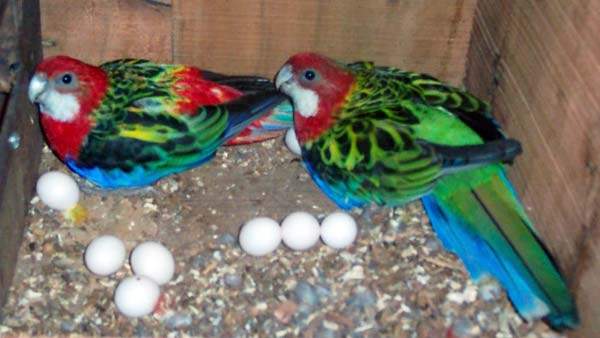 Last but not the least, Parrots can imitate human voices. Parrots are great mimics and are amazing at imitating human voices and replicate their talk word to word.
Source: apecsec.org

Krishna - May 22, 2017
0
A very famous art gallery, Tate Modern is located in London, United Kingdom. Tate is one roof for four different art galleries. Earlier when...

11 Interesting facts about the National Gallery of Art, Washington, D.C.