Peru or most often called the Republic of Peru is a country in western South America. The country has a diverse landform consisting of tall Andean peaks to the deep Amazon Basin. Dwelling in the north of Ecuador and Colombia, Peru is a place full of biodiversities and flora and fauna. The place is great to absorb the beautiful natural surroundings. The colonial architecture of Peru is something that leaves everyone awestruck. We have some intriguing facts about the Republic of Peru: 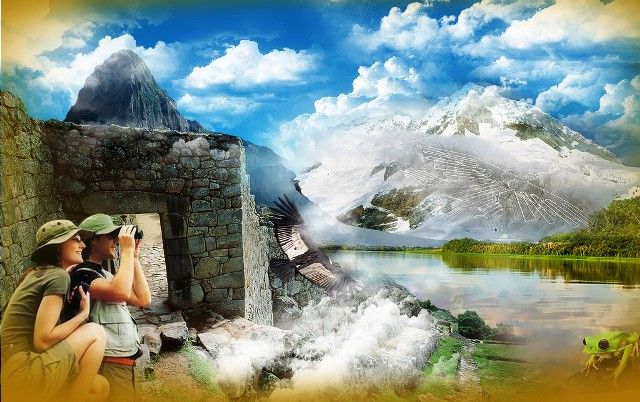 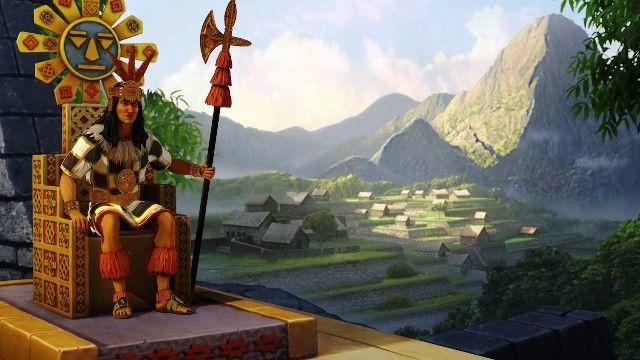 Modern Peru was once a land of many ancient civilizations like the Incas. Their empire ruled Peru for over 100 years until the Spanish came in the 16th century.
source: sciencekids.co.nz, image: i.ytimg.com

2. Nature is present in its every form! 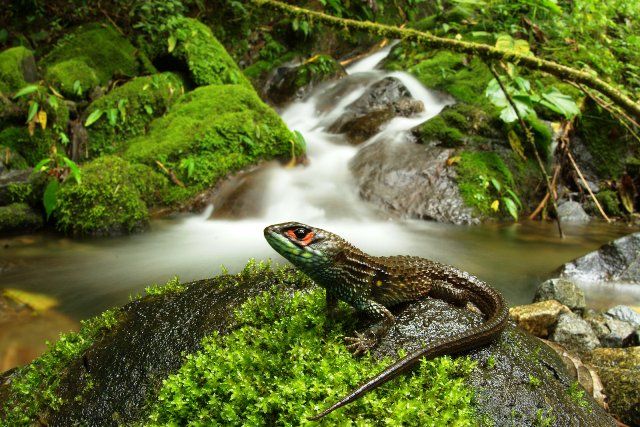 Peru is a biodiverse country that has a broad range of habitats. Be it the arid plains of the Pacific coastal region in the west, the peaks of the lofty Andes mountains standing in the north or the tropical Amazon Basin rainforest in the east, Peru is a land full of natural surroundings and geography.
source: Wikipedia, image: science.siu.edu 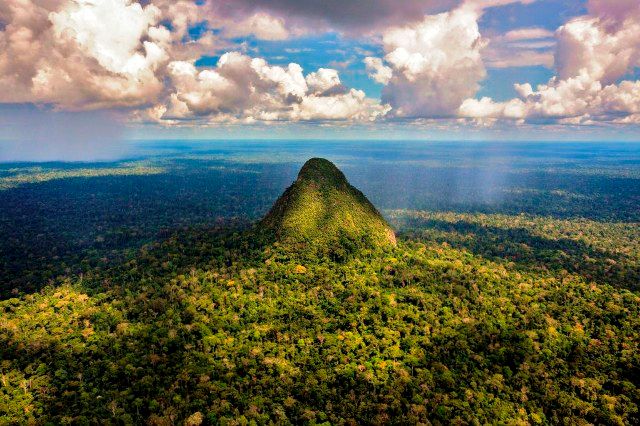 The world’s biggest rainforest, the Amazon, covers nearly half of Peru. Peruvian rainforest is home to more than 6,000 kinds of plants! There are numerous species of flora and fauna that are only found and seen in the Amazon region of Peru.
source: kids.nationalgeographic.com, image: juruaonline.net 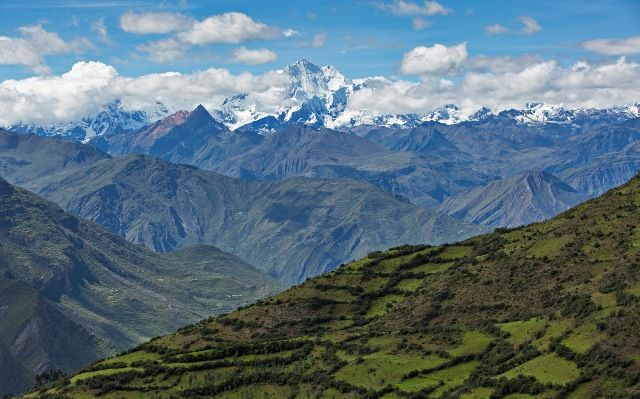 The second highest mountain range in the world runs through Peru. These mountains are called the Andes. The highest peak, Mount Huascaran, is 22,205 feet (6,768 meters) high.
source: kids.nationalgeographic.com, image: lowepro.com

5. The cuisine is worth the trip!

The country has a great geographic and cultural diversity. It has brought ingredients ranging from tropical jungle fruits to a sophisticated cuisine of Spanish, indigenous, African and Asian influence.
source: lonelyplanet.com, image: flickr

6. A perfect blend of ancient and modern culture! 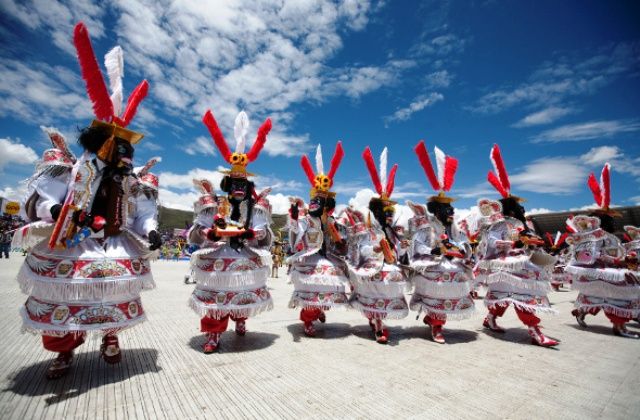 Many of the festivals, rituals, and actual ways of life remain from pre-Columbian time. From traditional clothing to contemporary folk art expressions, Peru is full of customs that maintain the legacy of its ancient cultures.
source: peru.travel, image: flightcentre.com.au

7. A poor country with rich resources! 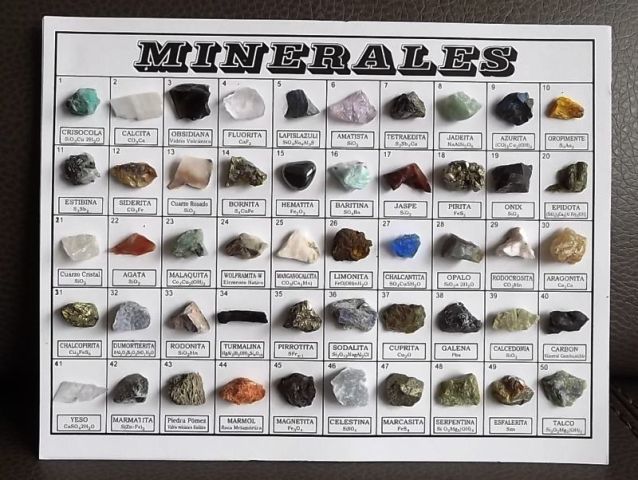 Peru is one of the richest countries in the world regarding natural resources. Gold, silver, copper, zinc, lead, and iron are found in Peru. There are reserves of oil and natural gas also. Despite all this, Peru is considered to be a poor country.
source: kids.nationalgeographic.com, image: i.ebayimg.com

Peru was a part of the great Incan Empire. It was conquered in 1531–1533 by Francisco Pizarro. Peru emerged from 20 years of dictatorship in 1945 with José Luis Bustamante y Rivero as the President. The country then witnessed the first free election after many decades.
source: infoplease.com, image: biography.com

9. You wouldn’t have french fries & chips if Peru wasn’t there!

When the Spanish conquistadors conquered the Inca Empire, the first thing they exported to Europe was the potato, where it was quickly adopted as a cheap, easy to grow food crop.
source: blog.udemy.com

10. The capital Lima covers a quarter of Peru’s population! 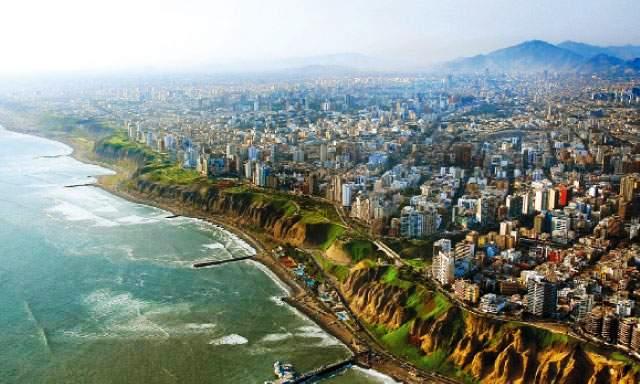 The capital city of Peru is Lima. Lima is home to more than a quarter of Peru’s population.
source: sciencekids.co.nz, image: urlaubfotos.com

11. New Seven Wonders of the World!

The city of Machu Picchu was voted in 2007 as one of the New Seven Wonders of the world. The lost city is an important landmark in Peru. It remained undiscovered for about 400 years.
source: blog.udemy.com 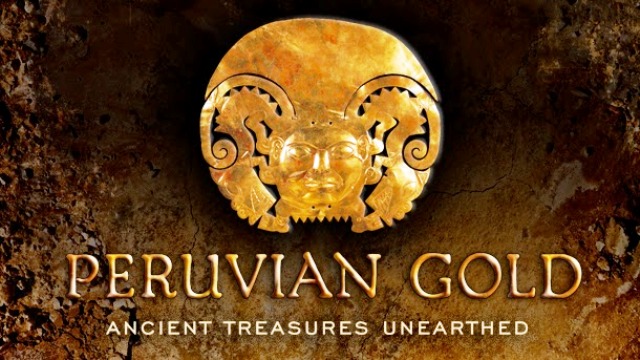 Peru is the 6th largest producer of gold in the world.
source: truenomads.com, image: 3.bp.blogspot.com

Peruvian restaurants have a very typical dish here and that is Cuy or Guinea Pig. It is a traditional dish in Peru.
source: truenomads.com

The Andes of Peru are home to the beautiful rainbow mountains. These are the Permian formations, which naturally occurs in a variety of colors. The mountains are famous among the travel freaks for their breathtaking views.
source: timewheel.net, image: cuscotravelsperu.com

Keerti - January 22, 2019
0
Diving in dimensions of time was a rising name, Michel de Nostredame, better known as Nostradamus to the present world. A renowned astrologer, physician, and...