The cute and sweet name of pizza hut can inspire our taste buds like no other can do. The largest pizza selling restaurant has many fun facts about it including its relationship with moon and space and marmite. Let’s peek into these interesting facts about Pizza Hut: 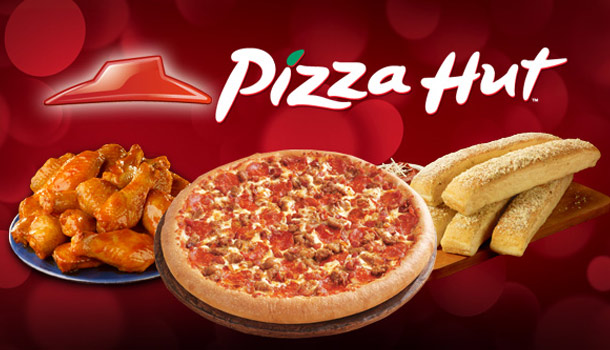 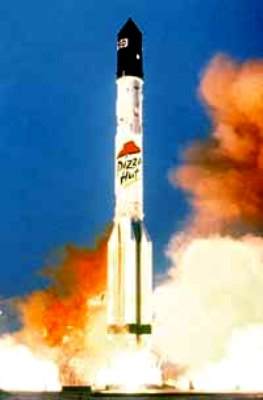 People can’t stay away from pizza hut products even in space. That’s why Pizza Hut had sent a pizza to a space station. Who would do such a thing and not boast about it? Pizza Hut obviously made an advertisement about all the deal.
Source: spaceref.com, Image: wikipedia

Can you, by any chance guess how much did it cost the pizza hut to deliver the pizza to the space station? Absolutely a million dollars! But it is reasonable if we compare the publicity which crossed the borders of planets. As the old saying goes on, “No pain no gain,” isn’t it?
Source: thelistlove.com

The name Pizza hut came into existence because the wife of one of the founders of pizza hut thought that the first building of pizza hut looked like a hut!
Source: Wikipedia

4. Pizza in The White House

No one is an exception when it comes to the spicy pizzas. Once Barbara Bush, former First Lady of the USA, got Pizza Hut’s pizzas delivered to the White House for a pizza party!
Source: buzzfeed.com

How much do you think the founders had borrowed to establish one of the world’s most thriving restaurant chains? Don’t think you have to rake your brains with complex calculations folks! It’s just $600. The two brothers, Dan Carney and Frank Carney borrowed that sum from momma Carney to start a business along with John Bender!
Source: thelistlove.com 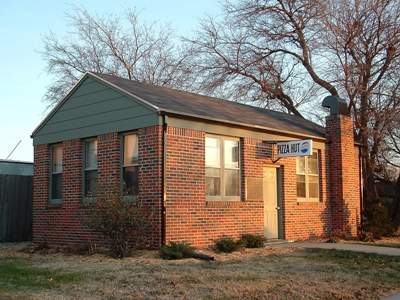 The first restaurant that Dan and Frank established is still in operation in Kansas! This one is the one that looked like a hut to the wife who named the restaurant! Wouldn’t it be great to dine with the history? Absolutely!!
Source:recipepizza.com, Image: Wikipedia 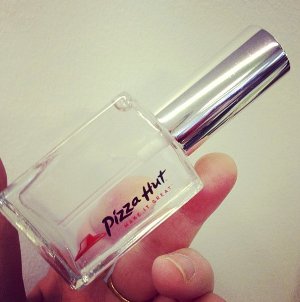 8. It’s Not The United States

Some biggest shots gave their voice and music for the pizza hut commercials. Ringo Starr (the drummer of the Beatles) and one of the former presidents of Russia, Gorbachev, are to name a few.
Source: reciprpizza.com

It’s common today to order online. But when the Internet era was just started, Pizza Hut was the first restaurant to accept an offer via the web to deliver a pizza. Thus, began the era of online ordering!!
Source: buzzfeed.com

11. PepsiCo Got Everything! Name, Fame and Pizza Hut

Until 1977, the Pizza Hut company stayed in the hands of Carney brothers. It’s in 1977 that PepsiCo bought Pizza Hut.
Source: encyclopedia.com

Pizza Hut had to face severe competition from new competitors with the passage of time. However, with the introduction of Pan Pizza, the company regained its reigns as the king of pizza stores.
Source: encyclopedia.com

Do you know who is the mascot of Pizza Hut? His name is Pizza Pete and the funny thing is that both eyes of Pizza Pete stay on the same side of his nose!! Maybe they thought that as long as his mouth is in the same place, there is no problem for them!!
Source: passion-4-pizza.com, GIF: giphy.com

Since 1971, Pizza Hut is the most pizza selling restaurant in the world. That’s no longer a ‘hut’ now. It is a palace of pizzas!!
Source: passion-4-pizza.com

Pizza Hut seems to have a huge crush on space elements! The company thought to advertise the brand name by engraving it on the Moon by laser beams!! Due to size and other problems, the project never saw the daylight.
Source: thelistlove.com 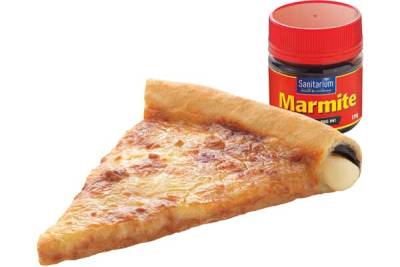 Have you ever heard of inserting a marmite into the pizza crust? Well, don’t try it now. Instead visit pizza hut, New Zealand and have a CheeZeeMite. That’s the pizza into which a marmite is inserted.
Source: thelistlove.com, Image: gpforums.co.nz

Krishna - June 22, 2017
0
Named after Reina Sofia, it is the national museum of Spain. Also known by many names such as Museo Reina Sofia, Queen Sofia Museum,...