“Queen Elizabeth I” was one of the most powerful & influential rulers of her time. Elizabeth was the Queen of England and Ireland from 1558 to 1603. Being the lady with the crown did not deter her ruling skills which were no less than a king, but with her sagacity & rationalistic behavior, she proved her mettle in making England a strong & independent nation. She ruled England for almost 45 years, lending her name to a magnificent era in world history known as “The Elizabethan Era.” She was the fifth and the last ruler of the Tudor reign. Here are some interesting facts about Queen Elizabeth I: 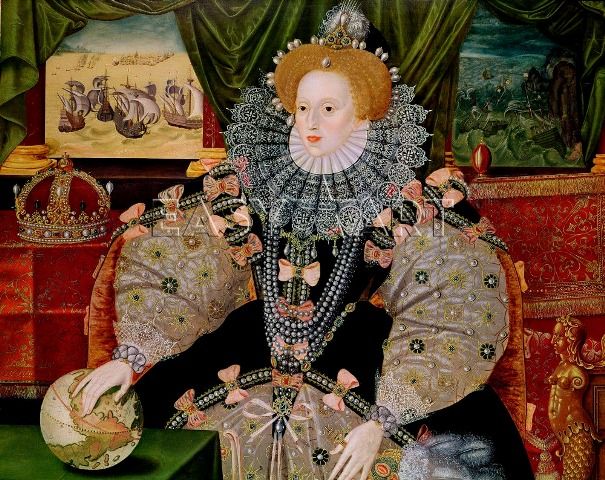 1. Emergence of the Queen

On 7th September 1533, a little princess was born at Greenwich Palace, near London. The baby was named Elizabeth after her two great-grandmothers; Elizabeth Howard and Elizabeth of York. She is the daughter of Henry VIII, the King of England and his second wife, Anne Boleyn.
Source: Wikipedia, image: wikimedia.org

Elizabeth was the clear inheritor to the throne of England as Henry had revoked his first marriage with Queen Catherine of Aragon to marry Anne Boleyn. Consequently, Elizabeth’s elder half-sister, Mary, lost her position as a legitimate heir.
Source: Wikipedia, image: wikimedia.org

Elizabeth gained mastery over several languages English, Italian, French, Latin, Greek, Spanish, Flemish, Welsh and even Cornish, a dialect now spoken by just 2,000 individuals in Cornwall. The Venetian ambassador once stated in 1603 that Elizabeth possessed the languages, so meticulously that every language seemed, by all accounts, to be her native tongue.
Source: tenfactsabout.co.uk

King Henry passed away in 1547 and Edward became the King at the age of only nine. But King Edward died on 6th of July 1553 ruling only for 6 years and named Lady Jane Grey, granddaughter of Henry VIII’s sister as his heir. Thus ignoring the claims of his two half-sisters for the throne by sweeping aside the Succession to the Crown Act 1543.
Source: bbc.co.uk, image: wikimedia.org

After the disposal of Lady Jane from her role as a queen, Mary took over the throne. But Mary’s popularity faded away as she tried to convert England to the Catholic religion and married Prince Philip of Spain, an active Catholic. As the discontent spread through the country, many eyes were turned towards Elizabeth as a focus for their opposition to Mary’s religious policies.
Source: Wikipedia

Elizabeth was imprisoned in the Tower of London as a result of a revolt against Queen Mary led by Sir Thomas Wyatt in 1554. In the wake of the absence of any concrete evidence against Elizabeth, Mary had to spare her sister, but she was not fully persuaded. Instead, on 22 May, Elizabeth was relocated from the Tower to Woodstock, where she was to spend almost a year as a house-keeper.
Source: Wikipedia, image: wikimedia.org

7. From a Prisoner to a Queen

On 17 November 1558, Mary died of influenza. But before her death, childless Mary recognized Elizabeth as her heir and who succeeded to the throne after the demise of Queen Mary. However, the official coronation took place on January 15, 1559, at Westminster Abbey. She was welcomed by people with a big bang.
Source: mentalfloss.com, image: wikimedia.org 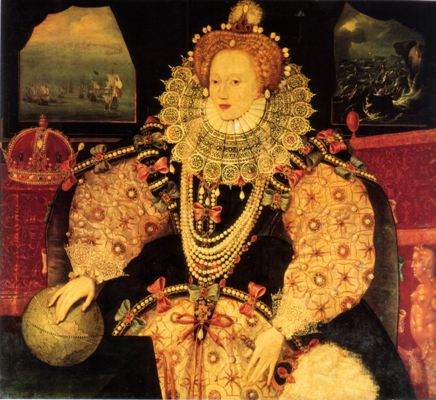 As a Queen, Elizabeth was very hard-working, her priority was the safety & the well-being of her Commonwealth. She set up a council of advisers called the Privy Council.
Source: biography.com, image: wikimedia.org

Elizabeth took a pragmatic approach to tackling the contentious religious sentiments. She removed the Pope as head of the English Church and instead became Supreme Governor of the Church of England.
Source: biography.com

The reign of Elizabeth 1 is acknowledged as the Elizabethan era. It is considered to be the golden age in the history of England. The period is famous for the flourishing of English drama led by dramatists such as William Shakespeare. During this age, London had its first theater.
Source: ducksters.com, image: wikimedia.org 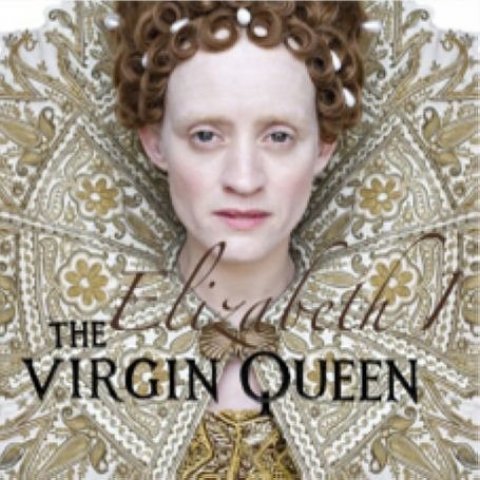 Elizabeth was also called “The Virgin Queen” as she never married and never had any children. She was also known as Gloriana or Good Queen Bess.
Source: Wikipedia, Image: thevirginqueen.pbworks.com

The “single” status of Elizabeth encouraged the fad of virginity. She used her single status to benefit from by creating a myth that raised her above the ordinary women. Her virginity raised her to the level of a virgin goddess.
Source: internetshakespeare.univ.ca 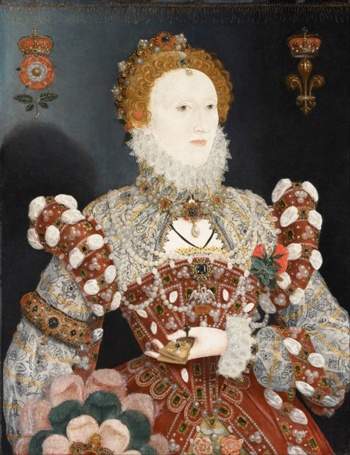 Elizabeth was recalled as an early Fashionista in many ways because of her high fashion. According to one estimate, she may have owned as many as 2,000 pairs of gloves. She adored beautiful clothing and jewelry. Her costumes were often ready with gold and silver.
Source: mentalfloss.com, image: wikimedia.org 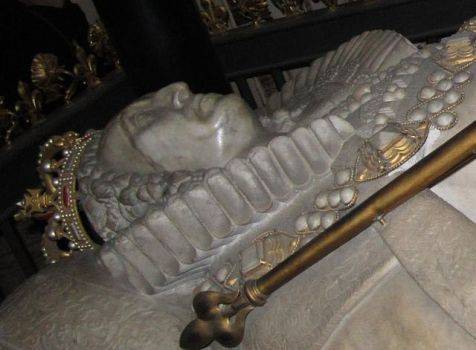 Queen plunged into depression after the death of several of her dear friends, which came as a blow to her. In March, Elizabeth fell sick and remained in a state of deep sorrow. She died on 24 March 1603 at Richmond Palace. She was buried in Westminster Abbey beside her grandfather Henry VI.
Source: Wikipedia, image: wikimedia.org

After the demise of Queen Elizabeth, King James VI came from Scotland to become James I of England as Elizabeth recognized him as her successor before death.
Source: Wikipedia, image: wikimedia.org