Queen Elizabeth II was crowned as queen at the age of 25 and today when we think of Queen Elizabeth Alexandra Mary (Her Full Name), the image that comes to our mind is of dignity &authority. She is the only reigning monarch to complete 63 years on the throne in British history.She is the Queen of 16 member states of the Commonwealth of Nations. We can call her as the most extraordinary women as The Queen has conferred over 387,700 honors and awards since 1952. Here are some of the interesting facts about Queen Elizabeth II: 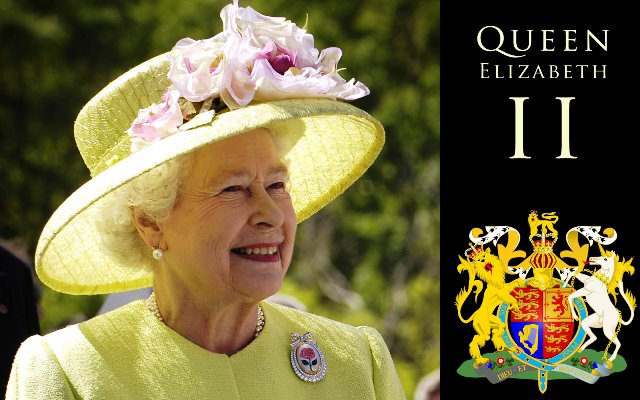 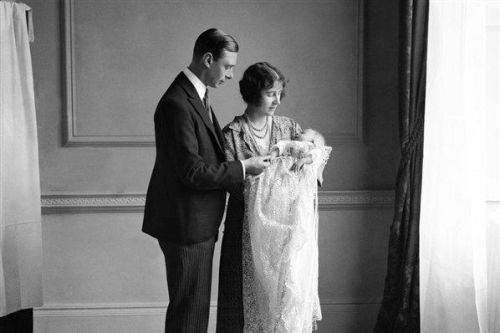 Elizabeth II was born on April 21, 1926, during the supremacy of her paternal grandfather, King George V. She was the first baby of Prince Albert, Duke of York (later King George VI) and mother, Elizabeth, Duchess of York.
Source: Wikipedia, Image: bbci.co.uk 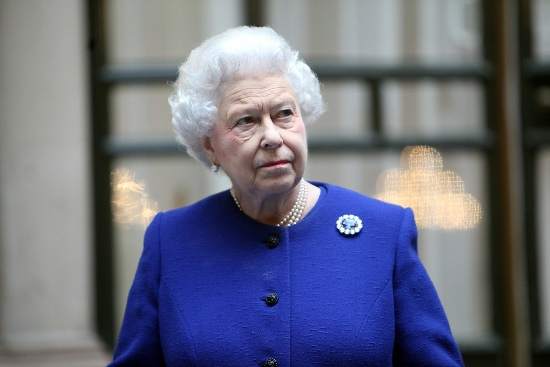 3. Personal Poet! Ever heard of one?

Yes, the Queen has a personal poet, in fact, the position of Poet Laureate is a distinctive honor endowed to a poet whose work is of national significance. Presently, the role is held by Carol Ann Duffy, and she will continue to hold the position till 2019.
Source: royal.gov.uk, image: wikimedia.org 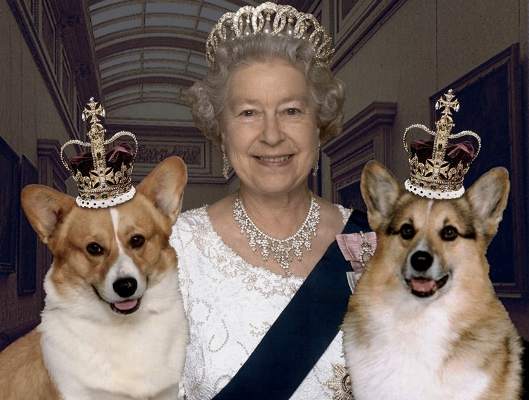 Elizabeth’s adoration for corgis is well known, as she has owned over 30 corgis during her reign. All of them were the direct descendants of Susan, the first corgi gifted to the Queen on her 18th birthday in 1944. At present, Queen Elizabeth has kept only two corgis & two dorgis (a mix of Dachshund and Corgis).
Source: english.alarabiya.net, image: animalfair.com 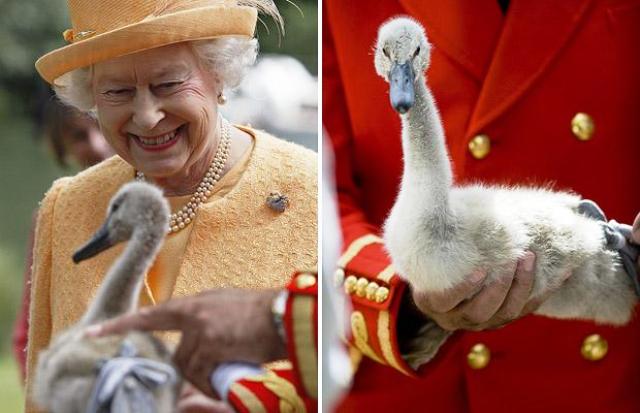 Legally, the Queen Elizabeth II has the right of ownership of all the unmarked swans wandering around Britain waterways. Within 3 miles of UK shores, other species include; dolphins, whales, and sturgeons. Such is the power of the crown.
Source: telegraph.co.uk, Image: clubpimble.com 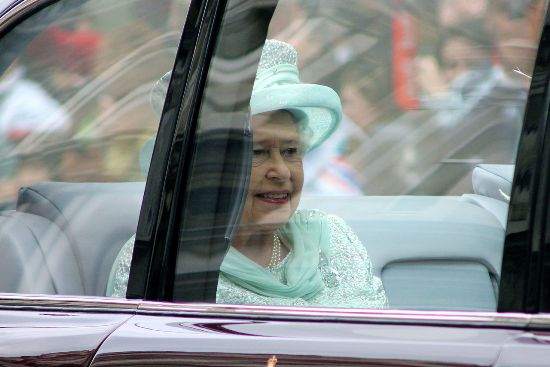 One of the freedoms that emanate with throne is that Queen doesn’t need any driving license to drive around. Also, it is not binding on her to have registration plates on the vehicles.
Source: telegraph.co.uk, image: wikimedia.org

The Queen received some bizarre gifts during her supremacy, some of them were live animals. Among these are two black beavers from Canada, Jaguars, and sloths from Brazil and a bull elephant. These animals have been placed in the care of the London Zoo.
Source: royal.gov.uk 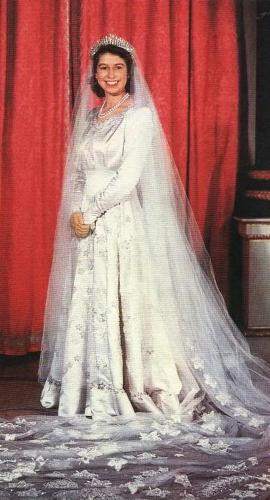 Post World War II, on November 20, 1947, Princess Elizabeth II tied the knot with Philip Mountbatten, Duke of Edinburgh. As the big event was held during the world war recuperation years, their marriage was not a big show. In keeping serious impacts of the war on Britain, Elizabeth II had to save up the ration coupons to purchase the material for her wedding outfit, an ivory satin gown encrusted with 10,000 white pearls.
Source: history.com, image: orderofsplendor.in

The First TV documentary on Queen Elizabeth & her family was screened in 1969. The resulting film, Royal Family, was a big hit of the time. The film was the first broadcast by the BBC and then a week later by ITV.
Source: telegraph.co.uk

The Queen is a passionate horse racing fan. She has a keen interest in horses and their breeding. She owned many thoroughbred horses for use in racing. Every year at Windsor Park, the Royal Windsor Horse Show was hosted by the Queen. Elizabeth’s interest in horses was the subject matter of a documentary “The Queen’s Race Horses: a Private View” which was narrated by the Queen herself.
Source: Wikipedia, image: wikimedia.org

The Queen has launched 23 ships during her lifetime. The first one was the MS Vanguard when she was a princess. During her reign as a Queen, the first ship launched was the Royal Yacht Britannia. It was hired for service in January 1954 and was discharged in December 1997.
Source: euronews.com, image: wikimedia.org

The Queen Elizabeth II has sat for over 129 official portraits during her reign. She sat for her first portrait in the year 1933, when she was only 7 years old, which was commissioned by her mother and painted by a Hungarian artist.
Source: content.time.com, image: wikimedia.org

In 1970, during an official visit to Australia and New Zealand, the Queen & the Duke of Edinburgh introduced a new practice ‘The Royal Walkabout’ to let them meet a greater no. of people, not simply the bigwigs.
Source: euronews.com, image: wikimedia.org

The year 1992 brought a bad deal of hard luck for the Queen. The marriages of her three children, Prince Andrew, Princess Anne & Prince Charles broke down. The Windsor castle suffered the severe fire damage, during a state visit to Germany angry protesters in Dresden flung eggs at her. The Queen figured this as the horrible year.
Source: Wikipedia

The Queen has traveled worldwide with a total number of 116 countries visited during her reign. But the amazing thing to know is that till now, she doesn’t hold a passport.
Source: history.com, image: wikimedia.org

During World War II, Elizabeth II joined the women’s branch of the British Army. There she was trained as a mechanic & a military truck driver. Queen Elizabeth is the sole female member of the noble family to have entered the defense forces and assisted during World War II.
Source: history.com, image: wikimedia.org 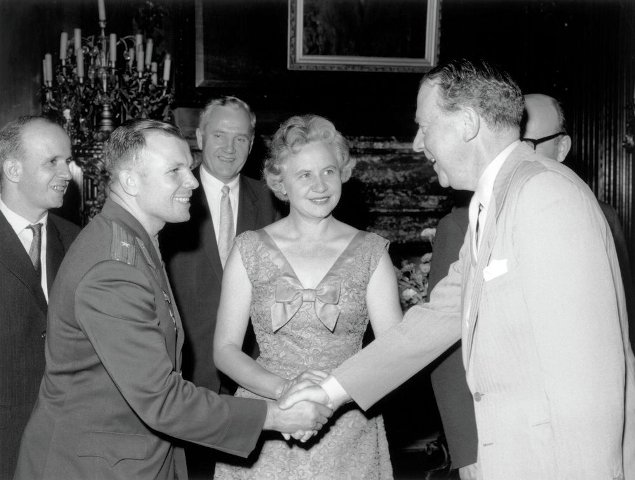 “Party at the Palace,” a concert held in 2002 was recorded on a live CD to celebrate Elizabeth’s II Golden Jubilee. The CD went on to sell 100,000 copies. The CD recording company awarded a gold disc to the Queen.
Source: philbrodieband.com, image: wikimedia.org 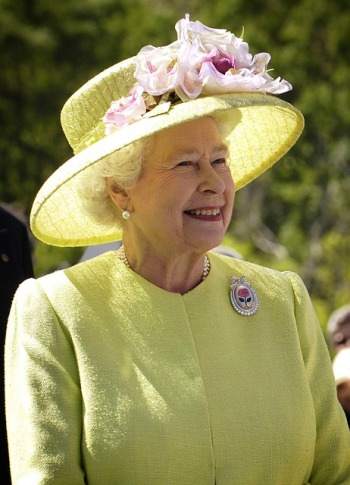 In 2012, Elizabeth marked 60 years as a queen regnant in the British history. The Diamond Jubilee of the Queen was a multinational event celebrated throughout her realms, the Commonwealth and beyond. The last and the only other British ruler to celebrate the Diamond Jubilee in 1897 was Queen Victoria.
Source: Wikipedia

The Queen played as James Bond in a short film as a part of the opening ceremony of The London Olympics. She received an Honorary BAFTA from the film industry and was called as the most memorable Bond girl yet.
Source: Wikipedia

In 1940, The little Elizabeth made her first radio broadcast addressing other children who had to be evacuated from the cities during the World War II. The central message of the speech is “in the end all will be well.”
Source: Wikipedia, image: bbc.co.uk