Queen of Sheba is a mysterious queen regnant who is immortalized in some of the world’s religious scriptures, among these are Hebrew Bible, Kebra Nagast, and Islamic Koran. She was a woman of power, beauty, and tremendous wealth. Very few female legends in the history are there who have captured humankind’s imagination in a way Queen Sheba has, despite the lack of any substantial proof in support of her existence. Here are some interesting facts about Queen of Sheba: 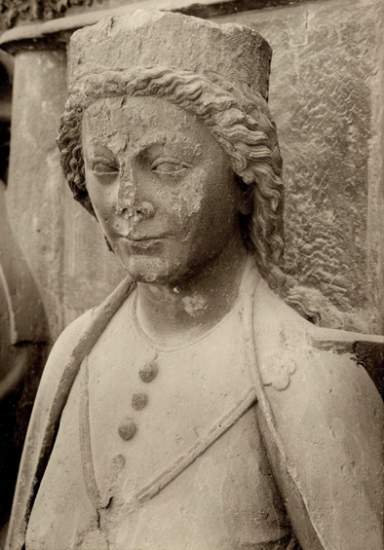 In spite of the fact that the Queen of Sheba is one of the most celebrated figures, but even the basic details about her are little known, including her name and origins. Tradition puts her date of birth in the last half of the 11th century BCE and her passing away in around 955 BCE.
Source: encyclopedia.com

3. Referenced in the Bible 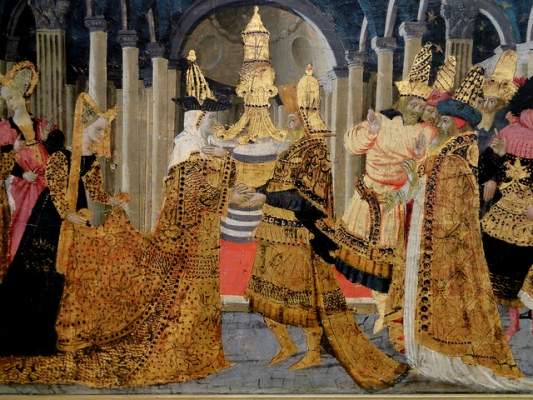 The Queen of Sheba is famous for a story in the Bible’s book of Kings. Queen of Sheba visited Jerusalem to test the legendary wisdom of King with the caravan of riches. King Solomon answered all the questions to the Queen’s satisfaction after which they exchanged gifts, and she returned to her territory.
Source: infoplease.com, image: Flickr

The story of Bilqis as ‘Queen of Sheba’ appears in the holy book Quran as an Islamic legend, although she is not mentioned by name. According to the Quran, King Solomon heard about Bilqis and the people of Saba, who worshiped the sun rather than Allah. The King sent a letter asking her to come to him as a Muslim. Queen replied back with the presents which Solomon refused to accept. She then went to Solomon’s court herself.
Source: britishmuseum.org 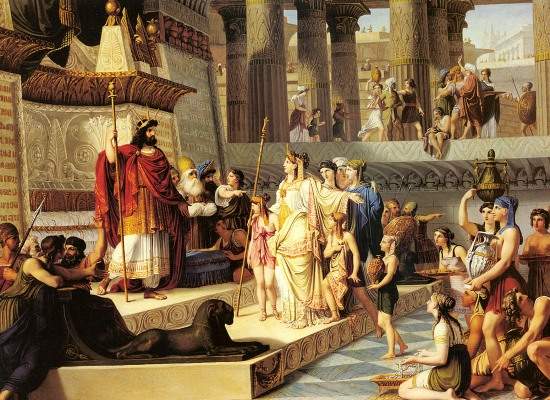 Before the Queen’s visit to the king, rumors of her hairy legs and the hooves of a Donkey were spread. To discover the truth, Solomon built a castle with glass floors. Believing that the floor to be made of water, the queen lifted her skirt, revealing her legs and feet. King Solomon, according to some traditions, then married the Queen, while others assert that he gave her in marriage to a ruler of Hamdan.
Source: thefatalfeminist.com, image: wikimedia.org

The most significant version of the legendary figure appears in Ethiopia’s national epic, The Kebra Nagast. The story goes beyond the queen’s hairy leg, her visit to Solomon and her seduction. According to Ethiopian tradition, Queen Makeda (the Ethiopic name of Bilkis) returns to the capital, Aksum and months later gave birth to Solomon’s son, Menelik I, who was believed as the originator of the imperial dynasty of Ethiopia.
Source: bbc.co.uk

7. Mother of the Ethiopian Nations 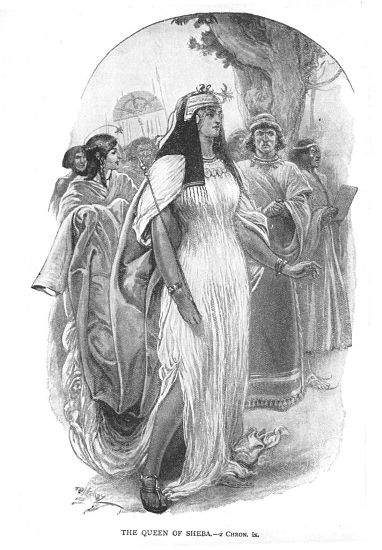 Through the reading of the Kebra Nagast, Ethiopians see their country as God’s chosen nation, the final resting home that God chose for the Ark of the Covenant and Sheba and her child were the means by which it came there. Thus, Sheba is considered as the mother of their nation, and the kings of the land have a divine right to govern because they have directly plummeted from her.
Source: bbc.co.uk, image: wikimedia.org

As for the queen herself, her history remains a riddle. She was a woman of influence, a venerating mother and a secret lover – also a founder of nations and a demon with a cloven foot. These are the strands of her story that are the real key to her popularity.
Source: bbc.co.uk

Hundreds of years after the Queen’s demise, she still rules over the thoughts of people both inside and far beyond the borders of her kingdom.
Source: encyclopedia.com 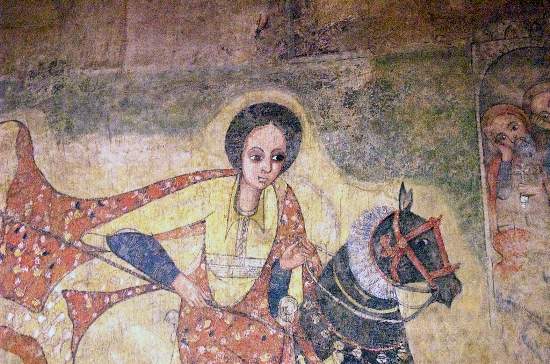 The Queen of Sheba is cited once again in the New Testament, by another title, the Queen of the South (Matthew 12:42; Luke 11:31). Jesus alludes to her, reaffirming her historical personage, as a means to clarify the point that despite being initially a pagan in faith and Gentile in the race, the Queen of Sheba acknowledged the truth and reality of God.
Source: gotquestions.org, image: Flickr

Shukla Sundeep - August 4, 2015
0
The one word that can stop a toddler from crying like crazy is McDonald’s. Tell him that you will treat him with a McD...