Who could have thought that a simple phenomenon of bending of light as it passes through water droplets can create such amazing spectrum of colors: Rainbow! When this arc of seven colors appears in the sky, it also brings a smiling arc on everyone’s face. Along with the bending of light, nature has hidden some other amazing facts too. Let’s dig up some really interesting facts about Rainbow:

Until the 17th century, people didn’t know how rainbow formed and what it was made of! Before Isaac Newton discovered the seven spectra of light in rainbow everyone used to think there were only five colors in the rainbow. And before Renaissance, people thought there were no more than three colors. Even today, average Chinese people claim that there are only five colors in Rainbow!
Source: telegraph.co.uk

It is taught in every grade school that rainbow is created due to bending of light, also known as Refraction. But guess what, reflection also plays an important role in rainbow formation. Light is refracted as it enters the raindrop, then reflected inside the drop and again refracted as it goes out of the drop.
Source: photocentric.net

3. Rainbow in a raindrop!

When light passes through a raindrop, it creates its individual rainbow. But it is so small that we can’t see it. So, when the light passes through millions of raindrops, collectively it makes a visible rainbow which we can watch with our naked eye.
Source: kidsplayandcreate.com 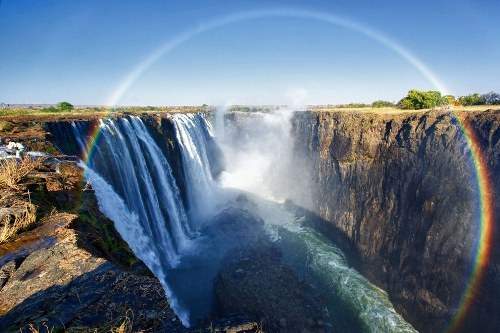 Rainbow actually occurs as a full circle of seven colors. But since we watch it from the ground it appears as an arc or semi-circle.If you are on a plane, then you might be able to see the entire circle of the rainbow.
Source: sciencekids.co.nz, image: mirror.co.uk 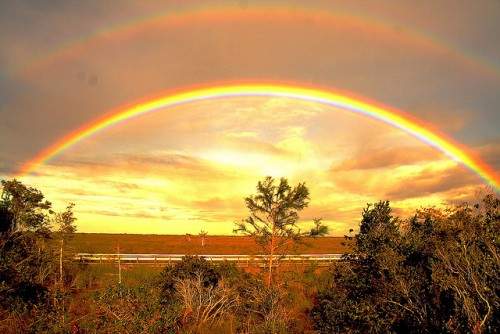 It is a well-known fact that rainbow can be seen after rainfall. But do you know that you can also see a rainbow without the rainfall? Just visit a waterfall enveloped by the mist of water droplets and stand at a spot where the sun is behind you; if you are lucky, then you might be able to see the rainbow without rain.
Source: rebeccapaton.net

7. A rainbow for everyone!

It’s true that no two people can see the same rainbow. Sounds like some mythological curse but actually, it involves simple physics. The light refracted by the same raindrop is at a different angle according to your vision and is at a different angle according to the next person’s vision as both of you can never be at the same spot at the same time. Simple! Isn’t it?
Source: huffingtonpost.com 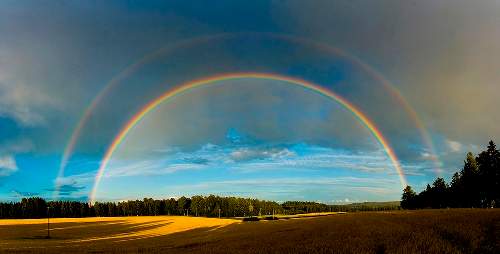 I know it sounds as if you are ordering ice-cream. But actually double and triple Rainbow does exist and so do quadruple rainbow. When light inside the raindrop reflects twice, a double rainbow is produced. Similarly, when it reflects three times, triple rainbow forms and when it reflects four times quadruple rainbow forms. It’s a very rare phenomenon. So, if you ever spot one then start feeling lucky! Wink!
Source: huffingtonpost.com, image: wikimedia.org

Rainbow is usually sighted in the morning and evening but very rarely at noon. This is because to create a rainbow the light should strike a rain drop at exactly 42 degrees which are not possible at noon as the sun is higher than 42 degrees.
Source: huffingtonpost.com

Moonbow, as the name suggests, is created by the moon’s light. Moonbow appears just like a Rainbow arc, but the colors are present faintly due to which it usually appears to our eyes as white color. But sometimes you might see a seven colored moonbow.
Source: myinterestingfacts.com

Want to see magic? At first watch a rainbow through naked eyes. You can see the rainbow. Then watch the same rainbow wearing polarized sunglasses. You will still be able to see the rainbow. Now hold your sunglass vertically and look through the glass. The rainbow disappears! It is due to the difference in polarization. The molecules in polarized sunglasses are vertically aligned and the light reflected in water droplets to form rainbow is horizontally polarized.
Source: huffingtonpost.com 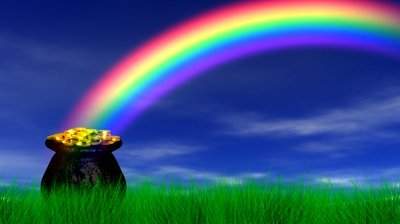 Want to make easy money? Then go to the rainbow’s end where you can find a pot of gold. This myth originated somewhere near old Europe. In Silesia, a region in Eastern Europe it was said that the gold at rainbow’s end was put by angels and it could be obtained only by a nude man. Think about running naked!
Source: deltatech.com, image: genius.com

Can you believe that the beautiful arc of light which we love to see can bring trouble? Many old cultures do believe that rainbows are associated with demons as sometimes the rainbow – generating storms are accompanied by lightning and thunder. Some cultures even believe that you mustn’t point towards a rainbow. Otherwise, it will bring bad luck. The cherry – on – top myth is that rainbow can change a male into a female and vice versa. Who wants sex reassignment surgery? Simply go out when a rainbow occurs and Voila! You are a woman (or a man).
Source: today.com

14. A bridge between earth and heaven!

Some culture considers rainbow as a bridge between Earth and Heaven. In western culture, it is considered lucky to look at a rainbow, and it is known as a symbol of renewed hope. The northeastern Siberian tribe sees the rainbow as the tongue of Sun! The rainbow seen over the ocean is considered as a fortunate sign by Arawak Indians of South America.
Source: deltatech.com 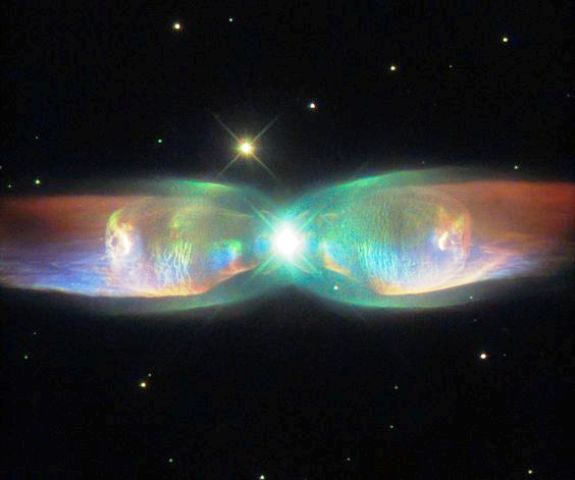 It is no myth. The moist atmosphere of Titan, Saturn’s moon is ideal for the formation of rainbow. Also, the angle of dispersion of Titan is 49 degree. So, it is believed that rainbow occurs on the surface of Titan. Feeling blue? Let’s visit Titan.
Source: science.nasa.gov, image: pinimg.com

Shukla Sundeep - October 21, 2016
0
Born to a school teacher in a Modh Family, Dhirubhai Ambani has been considered as one of the most successful Businessmen in India. His rags-to-riches...