A colorful melange of stunning palaces, massive forts, delectable cuisines, diverse cultures and warm people, Rajasthan can be proudly termed as ‘India’s glory.’ Whether wanderers interested in adventures or a quiet sojourn, Rajasthan is a travelers’ destination. Besides the miscellany of the old and the new, Rajasthan has many aspects worth knowing. Here are some interesting facts about this glittering jewel of India:

1. The Largest State in India! 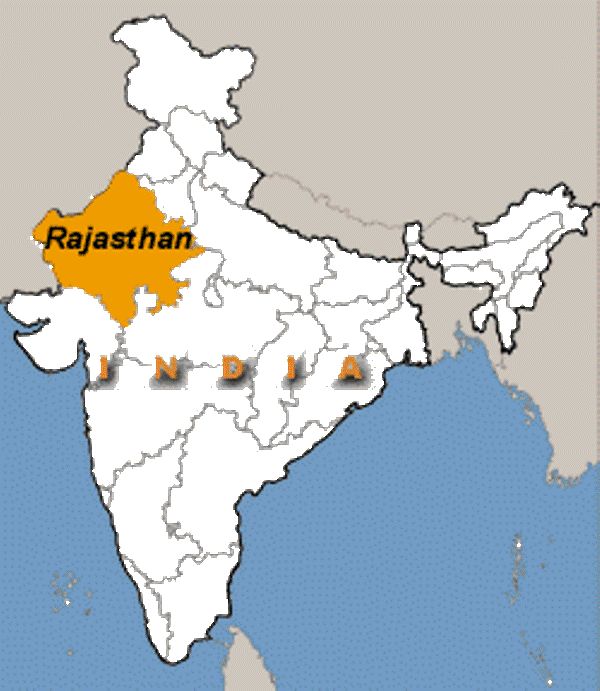 Rajasthan is India’s largest state by area (342,239 square kilometers). On 30 March 1949, it was formed after 22 kingdoms and principalities were merged into a single geographical entity.
Image: indtravel.com 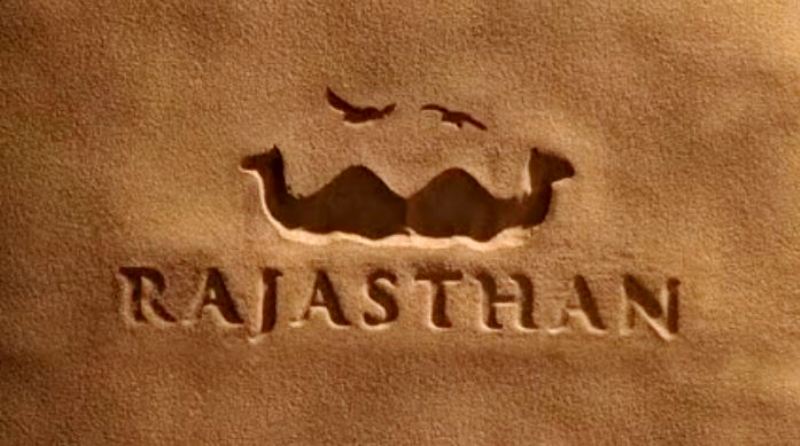 The word ‘Rajasthan,’ when divided into half, the literal meaning comes as Land of Kings (Raj – Kings, Sthan – Place/Land). The Land of Kings is synonymous with royalty, heroism, and honor.
Image: yourindianguide.files.wordpress.com 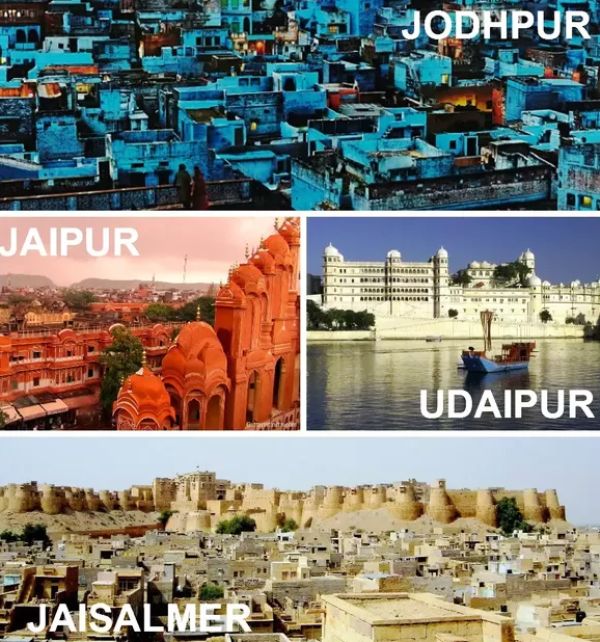 Almost every city in Rajasthan is coded with a specific color. Jaipur is Pink, Jodhpur is Blue, Jhalawar is Purple, and Udaipur is white.
Image: quoracdn.net

From an unproductive region in the west to a fertile land in the east, Rajasthan’s topography is a potpourri of the sandy deserts and prolific vegetation.
Image: travelpackageindia.in 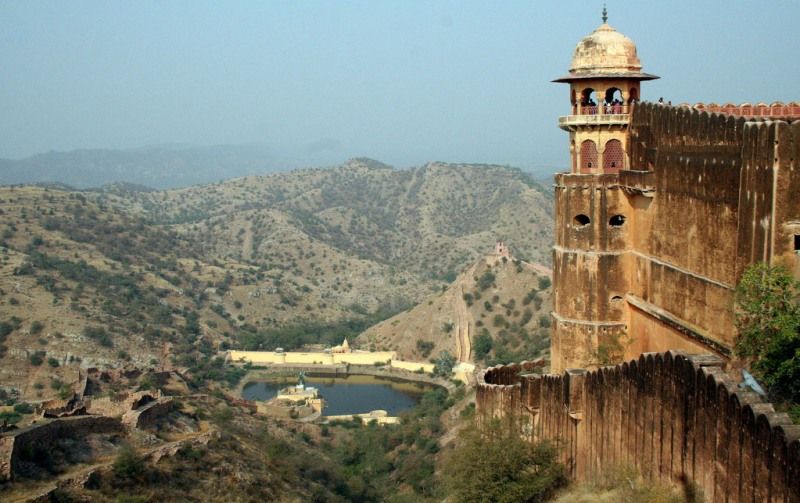 The contour of Rajasthan is well divided by India’s oldest mountain range, Aravalli Range that runs across the state from the southwest to the northeast.
Image: goldentriangletour13.files.wordpress.com

6. The Only Hill Station! 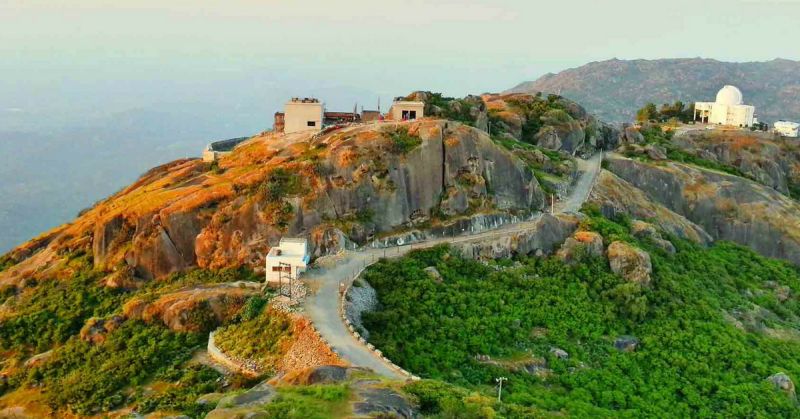 Located 1,722 meters above sea level and situated on the highest point of the Aravallis range, Mount Abu is the only hill station of Rajasthan. This quaint hill station is home to waterfalls, lakes and green forests.
Image: hippytraveller.com

Rajasthan is home to many religious monuments, the most famous is the Dilwara Temple of Mount Abu. Among the other Jain temples, Dilwara temples are considered the most beautiful example of architectural perfection.
Image: cloudfront.net 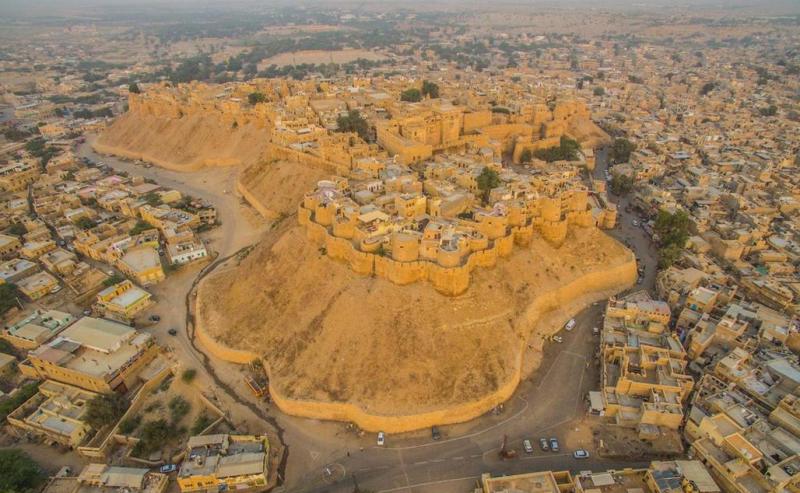 Besides Rajasthan being the largest state of India, Jaisalmer is known to be the third largest district of India with an area of 39313 Sq. Km. The other three districts namely, Bikaner (28466 Sq. Km), Barmer (28393 Sq. Km) and Jodhpur (22901 Sq. Km) are the fourth, fifth and sixth largest districts of India respectively.
Image: imgur.com The town of Kalibangan in the Hanumangarh district of Rajasthan is considered world’s earliest attested plowed field.
Image: harappa.com 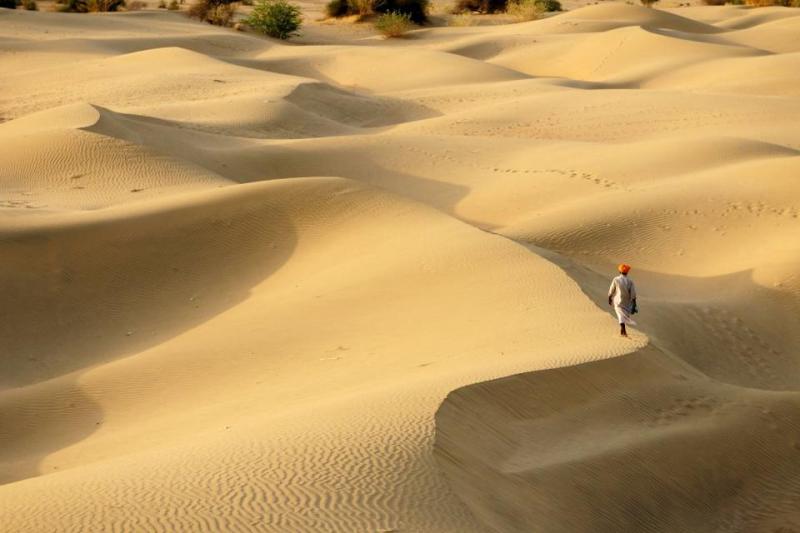 The Thar Desert or the Great Indian Desert is India’s largest and world’s 18th largest desert. More than 60% of the desert lies in Rajasthan.
Image: img.ev.mu 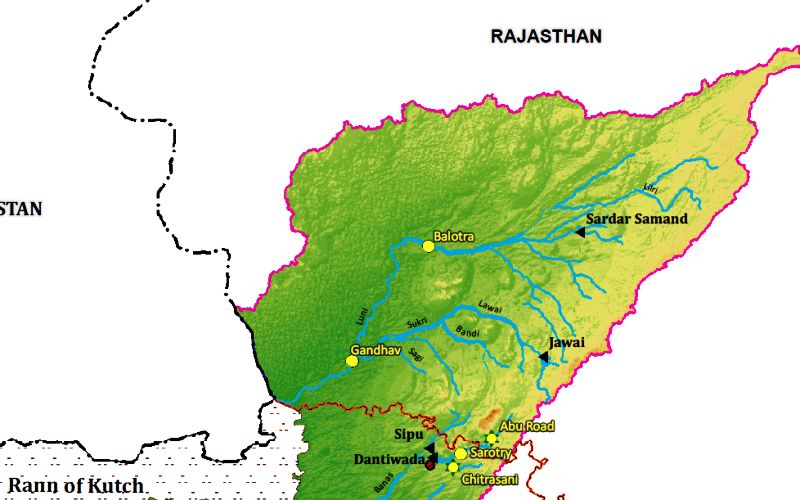 Luni River is the only saline river in India that passes through the Thar Desert and ends in the Rann of Kutch in Gujarat. Luni is also the only river integrated into the desert.
Image: rajras.in

12. A Festival of Marital Fidelity! 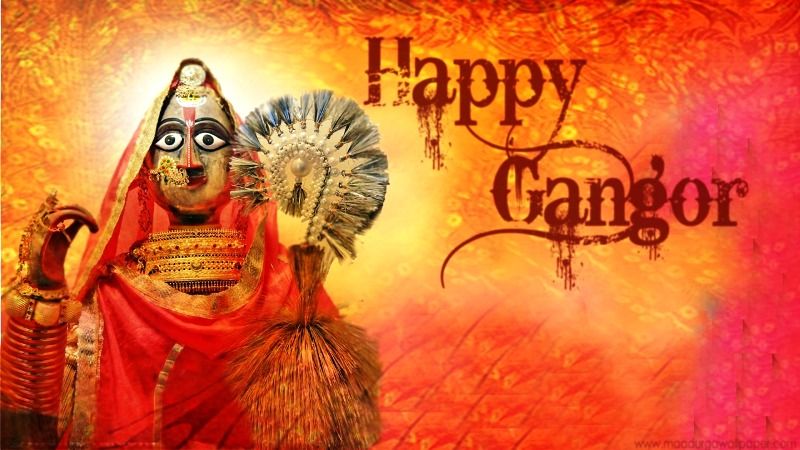 One festival which is enjoyed thoroughly in Rajasthan with enthusiasm and jest is Gangaur. This festival denotes the celebration of spring, harvest, and marital fidelity.
Image: maadurgawallpaper.com 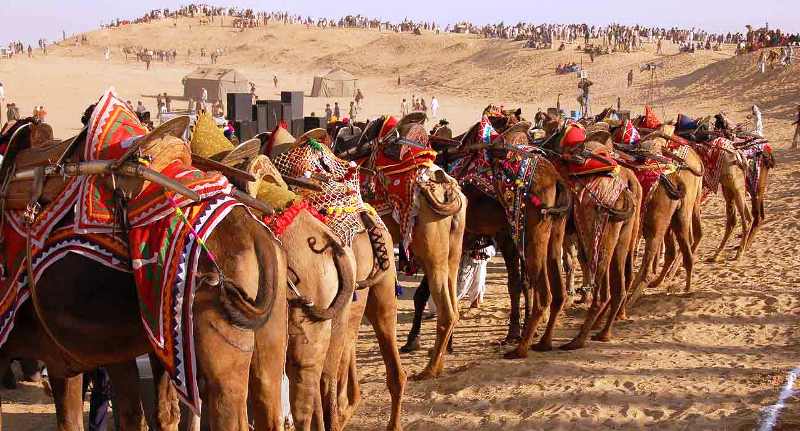 Organised by the Tourism department of Rajasthan, this festival witness the desert state in its colorful glory. The festival celebrates and glorifies the tough animal and the gentle beast, Camel. Beautifully decorated camels with their carts laded with colored clothes are paraded in the festival. There are numerous activities like camel milking, camel races, fur cutting design, camel acrobatics, best breed competition, camel beauty pageants, etc. Not to forget the folk dance, music, food and shopping being major attractions too!
Image: rajasthantouroperator.com

14. The Serenity of Ajmer Sharif!

It is one of the most sanctified shrines in the country. Ajmer Sharif Dargah is the holy shrine and tomb of Saint Khawaja Moinuddin Chishti. The beautiful Anasagar lake in the background is added bliss to this serene place. It’s been said that whoever visit Ajmer Sharif and pray with pure faith will free their soul. The Dargah witnesses a large number of visitors of every religion.
Image: dargahajmer.com 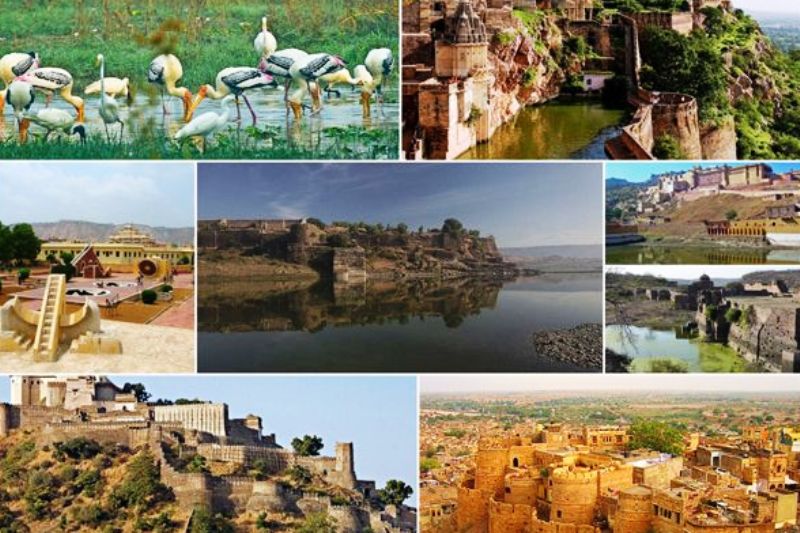 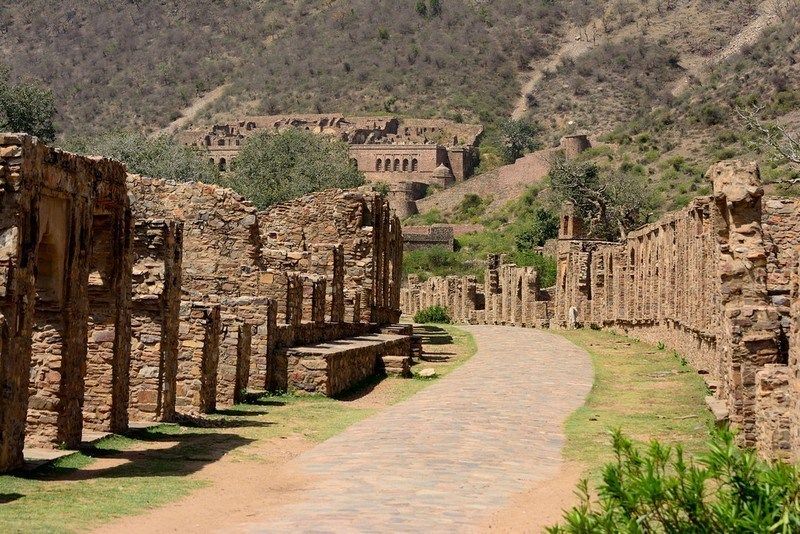 Bhangarh Fort is considered one of the most haunted places in India. Even the official administrative machinery doesn’t consider the place normal, and it has been prohibited to enter the fort from sunset to sunrise.
Image: travel.in 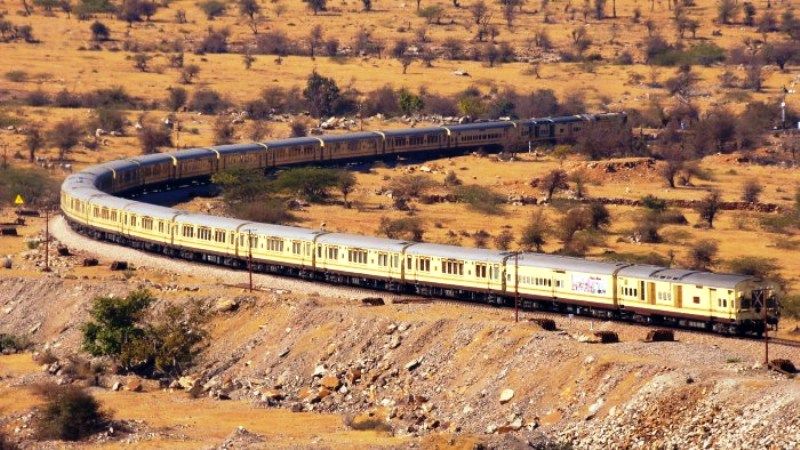 The best way to experience the royal land of Rajasthan is with the Palace on Wheels, which is one of the world’s most exciting rail journeys. In 2017, it was renamed as the Heritage Palace on Wheels.
Image: travelogyindia.com

18. A Town That Vanished in a Single Night! 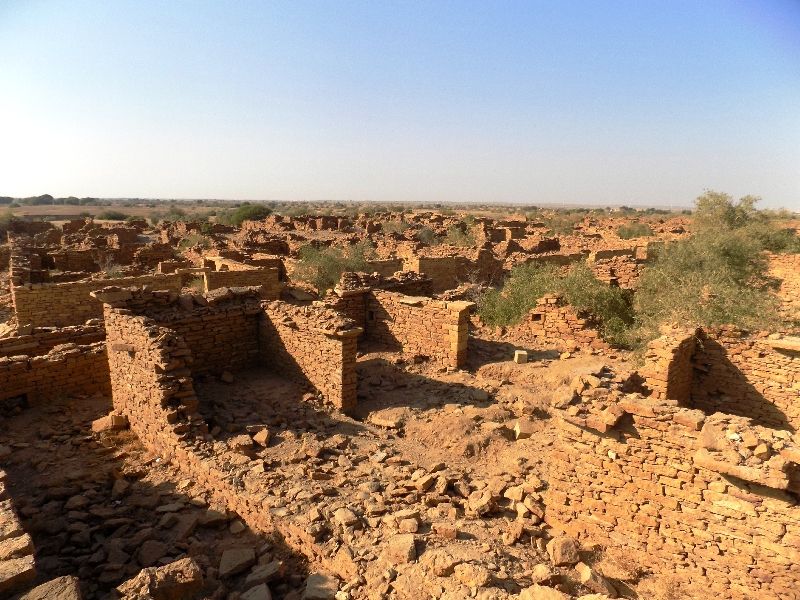 Located about 18 km from the city of Jaisalmer, a village named Kuldhara has an enigmatic story. It is believed that the town was abandoned by its villagers in the 1800s. It was like the entire town vanished in the course of a single night. Even to this date, no one knows where all of them went.
Image: Wikimedia 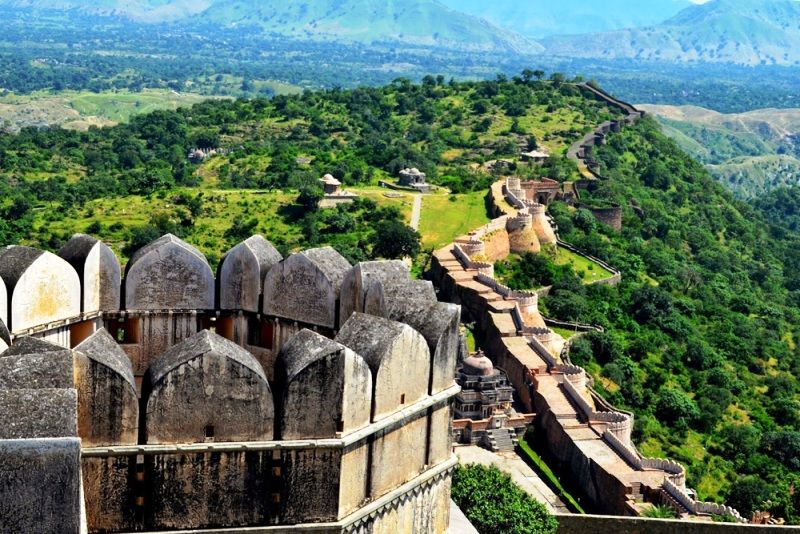 Kumbhalgarh or Kumbhal Fort is a Mewar fortress on the Aravalli range near Udaipur. In 2013, it was declared as a UNESCO World Heritage Site. It has a 38km long wall, which makes the fort among the largest wall complex in the world and the second largest fort in Rajasthan after Chittor Fort.
Image: kumbhalgarhfortwalk.com 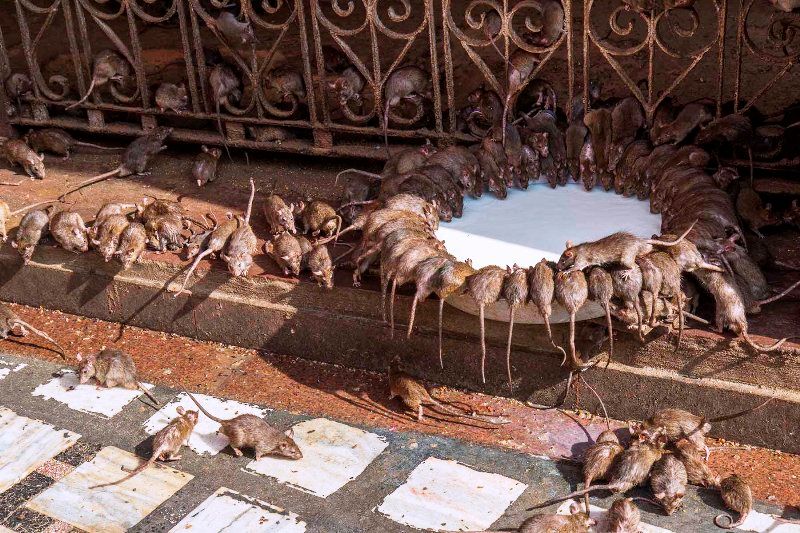 The Rat Temple or the Karni Mata Temple is situated at Deshnoke, about 30km from the city of Bikaner. The temple is popular for the 25 thousand black rats that live in the temple. The rats are considered auspicious, and devotees make offerings to them.
Image: bontakstravels.com

The Pushkar Fair or Pushkar Mela is held in the town of Pushkar. It is one of the biggest fairs in the country. Besides being a livestock fair, the Hindus also observe their pilgrimage season at the Pushkar lake at the same time. The multi-day fair sees numerous fun activities and tourists gather in large number to take part in the same.
Image: rsc.cdn77.org