St. Petersburg is a Gorgeous and fascinating holiday destination and one of the most intriguing and historically significant cities in Europe. Whether you chose to visit the city in the midst of a romantic and snowy Russian winter or during the dazzling White Nights of the summer months, you will be spellbound by St. Petersburg’s culture and beauty. Have a browse through our tour and see the city’s most famous attractions for yourself. 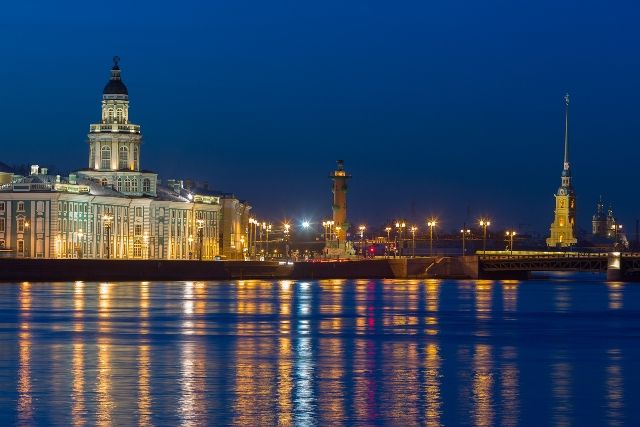 1. City of the Peter the Great 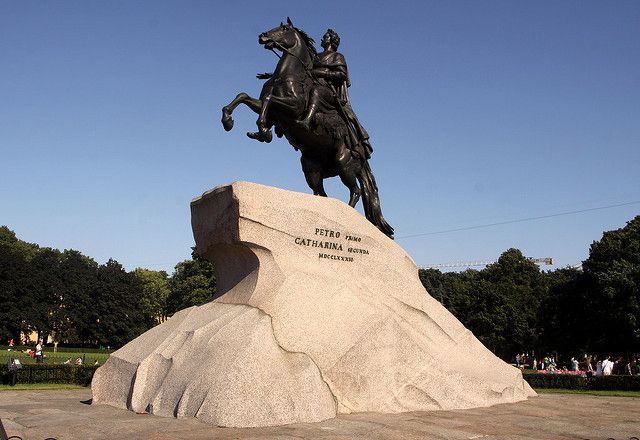 The Foundation of St. Petersburg was laid down in 1703 by Peter the Great during the Great Northern War. Peter the Great captured Nyenskans and soon replaced the fortress. On May 27, 1703, he laid down the Peter and Paul Fortress, which became the first brick and stone building of the new city. Initially, it was called Petrograd, some times after it was called Leningrad and then Saint Petersburg. It was the Capital of Russian Empire From 1721 to 1730 and then from 1730 until 1917.
source: www.historytoday.com , image: www.flickr.com 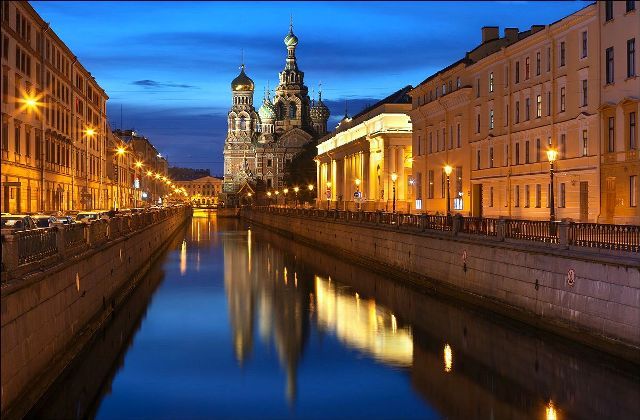 The Church of the Savior on Spilled Blood (Russian: Церковь Спаса на Крови, Tserkovʹ Spasa na Krovi) is one of the main sights of St. Petersburg, Russia. This Church was built on the site where Emperor Alexander II was fatally wounded in March 1881.The church was built between 1883 and 1907. The construction was funded by the imperial family. Another one is Saint Isaac’s Cathedral is the largest Russian Orthodox cathedral in the city.
source: wikipedia, image: peterburgstory.ru 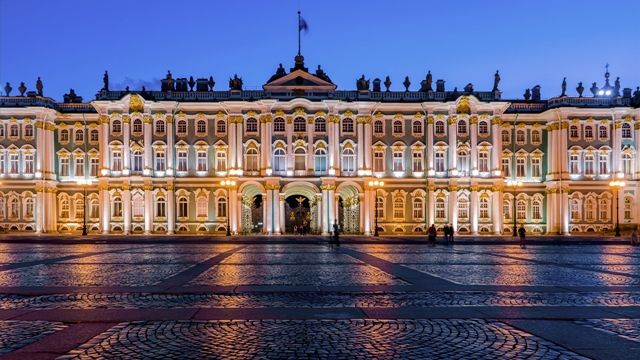 The Hermitage Museum is the Museum of Art and Culture. It is one of the largest and oldest Museums in the World. It was founded in 1764 by Catherine the Great and has been open to the public since 1852. This Museum is complex of six historic buildings along Palace Embankment, including the Winter Palace, a former residence of Russian emperors. Apart from them, the Menshikov Palace, Museum of Porcelain, Storage Facility at Staraya Derevnya and the eastern wing of the General Staff Building are also part of the museum.
source: wikipedia, image: fullwonders.com 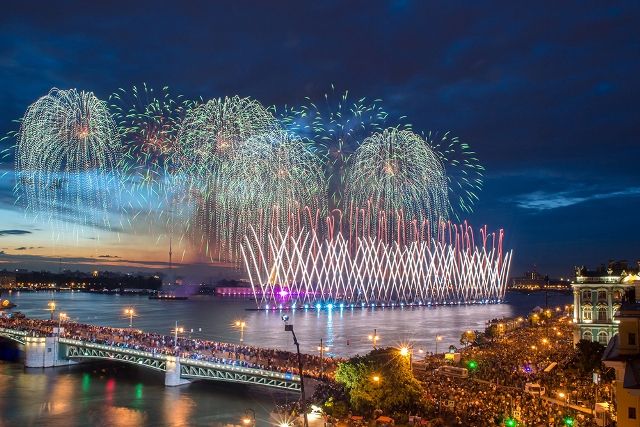 The City of St. Petersburg celebrates unique festival White Night Festival. The Festival begins in May with the “Stars of the White Nights” at Mariinsky Theatre and ends in July. St. Petersburg is the world’s most northern city with a population over 1 million, and its stands at such a high latitude that the sun does not descend below the horizon enough for the sky to grow dark. It’s the time when the day is very long and the sun shines till the midnight and then rises at 3-4 at night, so the nights are not dark.
source: www.saint-petersburg.com, image: blog.parkinn.com

5. First Fortress in the City 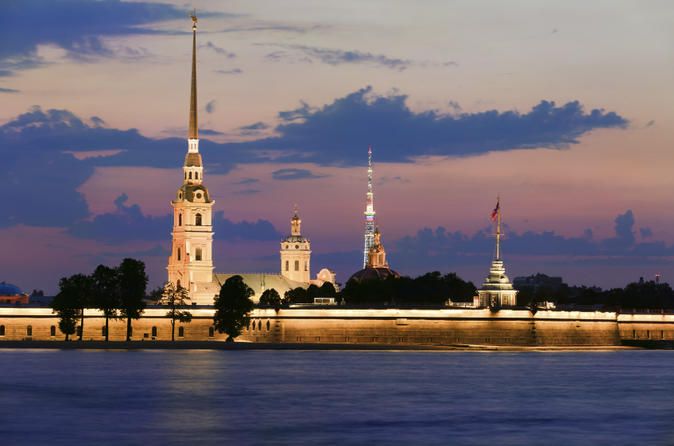 Peter and Paul Fortress is the first building to be built in the City. It is the Original Citadel of St. Petersburg. It was founded by Peter the Great in 1703 and built to Domenico Trezzini’s designs from 1706 to 1740. In the early 1920s, it was still used as a prison and execution ground by the bolshevik government.
source: wikipedia, image: cache-graphicslib.viator.com

6. City of Most Bridges in Russia 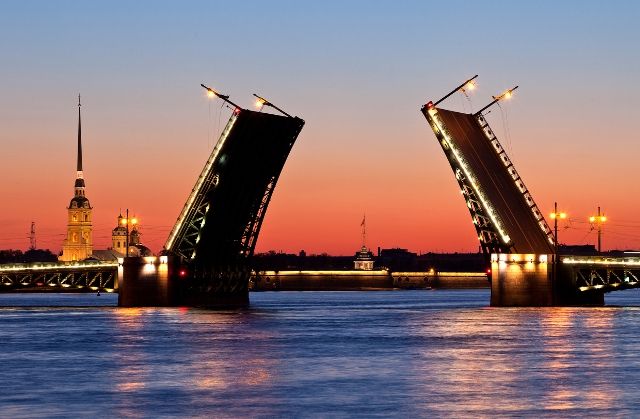 St. Petersburg is also known for the beauty of its Bridges. City contains 342 bridges across the city. All Bridges of the city are enlisted in most beautiful bridges in Europe. One of them is Palace Bridge, it is a road and foot-traffic bascule bridge; spans the Neva River.
source: www.saint-petersburg.com, image: www.visit-petersburg.ru 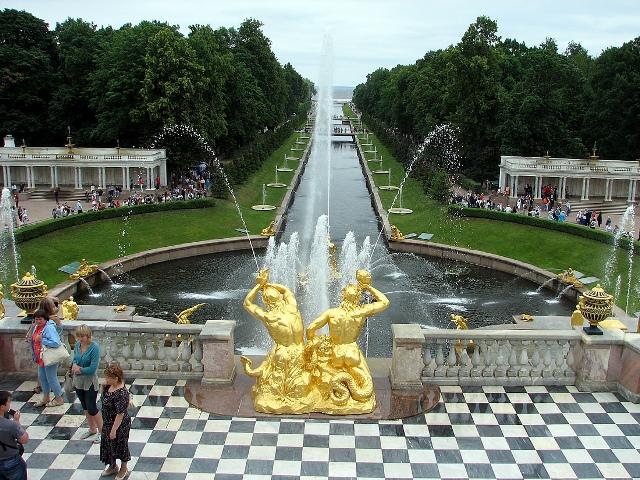 The Summer Palace and the Peterhof Palace were captured by German Army in 1941 during the World War II and ruined both entirely. Restoration work began almost immediately after the end of the war and continuing to this day.
source: friendlylocalguides.com, image: www.akwarium.gdynia.pl

Saint-Petersburg is a coffee capital of Russia; People of this city are coffee freak. There are a lot of coffee shops everywhere with you huge variety of coffee blends. Coffee Rooms are very popular places among citizens and now has a chain of 7 lovely cafes around the city.
source: friendlylocalguides.com 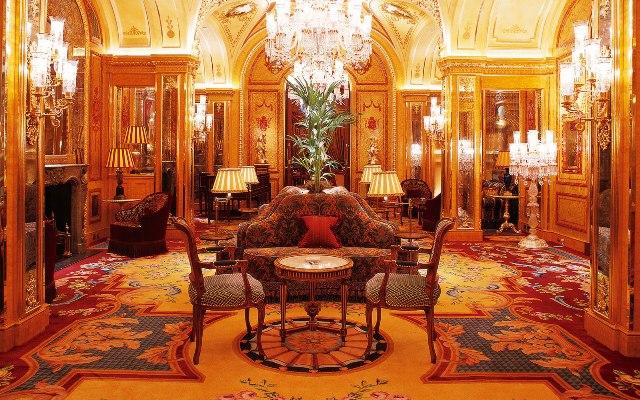 Amber room is a world-famous chamber decorated in amber panels, gold leaves and mirrors, located in the Catherine Palace in Tsarskoe Selo near St Petersburg. Original Amber Room consisted of Peter’s the Great own amber, but in WWII it was stolen so the room was completely reconstructed and open again to the anniversary of Romanov’s family.
source: friendlylocalguides.com, image: www.theritzclub.com 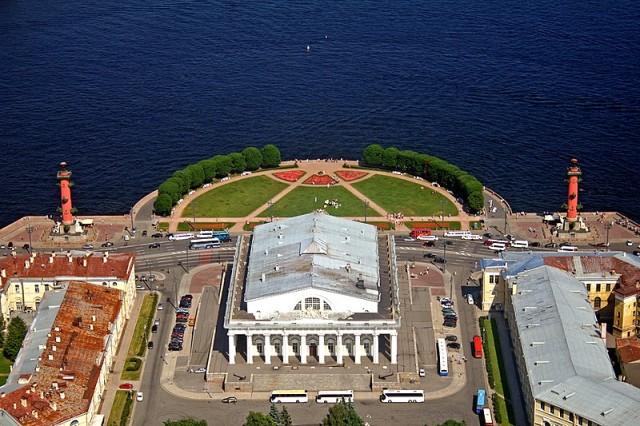 Vasilyevsky Island is situated just across the Neva River and Winter Palace; it constitutes a large portion of the city’s historic center. Centuries ago, it was the most prestigious and noble region of the city. Peter the Great wanted to turn it into Russian Amsterdam.
source: friendlylocalguides.com, image: www.saint-petersburg.com

OhFact! - October 30, 2019
0
For Disney fans, touring Tokyo Disney is a no-brainer. Adding to the attractions we recognize and cherish from Disneyland and Disney World, there are...