Saturn, the sixth planet of our solar system is sometimes known as “The Jewel of the Solar System.” It is a planet unlike any other, and the wonderful rings make Saturn the most beautiful planet. Let’s know some interesting facts about Saturn- the Jewel planet:

1. Named After A Roman God! 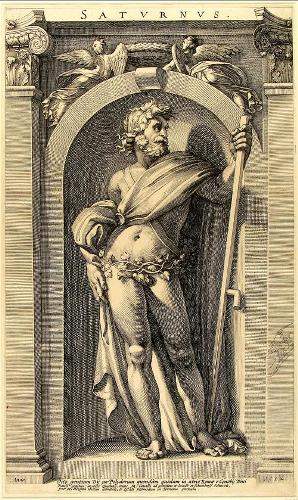 Saturn has been named after the Roman God of farming who was also the father of another Roman God, Jupiter. It was first recorded in the 8th century by Assyrians.
Source: facts.randomhistory.com, Image: wikimedia.org

Saturn is simply a ball of gases. So, there is no solid place where you can place your foot. Saturn is mainly composed of the Helium gas.
Source: nasa.gov

3. Saturn Can Float on Water!

Saturn is entirely composed of gases, and its density is lower than water. So, if you ever build a tub big enough to contain Saturn and fill it with water, then you can put Saturn in it and watch it float.
Source: coolcosmos.ipac.caltech.edu

Rings of Saturn make it a unique planet in the Solar System. While looking at it, one might feel that these rings are solid, but it is not so. There are 30+ rings in 7 groups. These picturesque rings are made up of bits of dust, rocks, and ice revolving around the planet. These bits vary a lot in size; some can be as small as a grain of sand while others can be larger than a tall building.
Source: nasa.gov

5. Galileo thought the rings were moons!

In the year 1610, when Galileo first observed the rings of Saturn, he thought there were two large moons, which were struck on two opposite sides of Saturn. It was not until 1655 when it was discovered that they were actually the rings and not moons.
Source: universetoday.com

Just like Earth, Saturn’s axis is tilted. So, when it goes around the Sun, sometimes its rings can be viewed perfectly and in full glory under Sun’s radiation. But, at other times, these rings disappear completely from our view. It happens only once in every 14-15 years. When the rings disappear, you can clearly see Saturn’s moons.
Source: science.nasa.gov 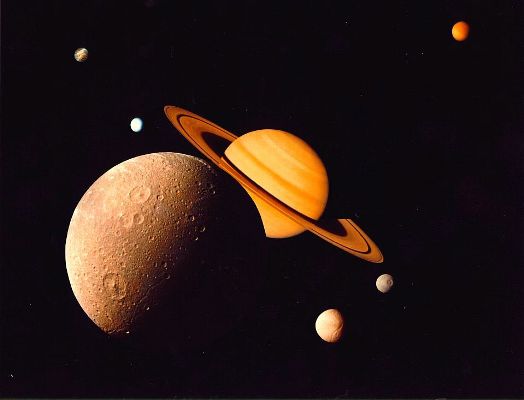 Till now, 67 moons of Saturn had been discovered. Saturn is the proud owner of the moon, Titan as it is the second largest moon in the entire Solar System.
Source: universitytoday.com, Image: wikimedia.org

Titan, the largest moon of Saturn has a weak gravity and very thick atmosphere. These conditions are ideal for humans to fly. So, if you are on Titan, you can just strap on a pair of wings and fly through the sky just like a bird. Anyone interested?
Source: bobthealien.co.uk, Image: wikimedia.org

The very first sound from the Solar System, which was recorded from Saturn’s moon, Titan, was in 2005 by the Huygens space probe.
Source: bobthealien.co.uk

After Jupiter, Saturn has the fastest spin on its axis among all the other planets in the Solar System. Saturn spins so fast that its one day ends in just 10 hours 34 minutes. The speed with which Saturn rotates on its axis is 6,200 miles per hour.
Source: space-facts.com 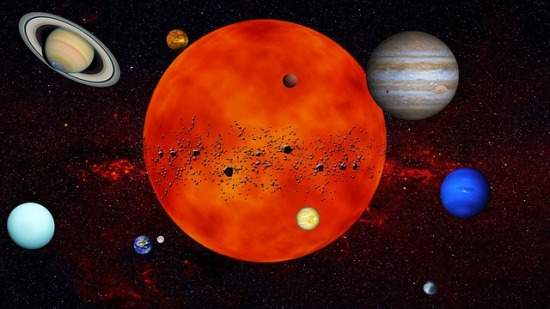 Just like Jupiter, Saturn spins very fast on its axis, but it is extremely slow when it comes to revolving around the Sun. One complete revolution around the Sun by Saturn takes approximately 29.7 years.
Source: saturnexplore.weebly.com 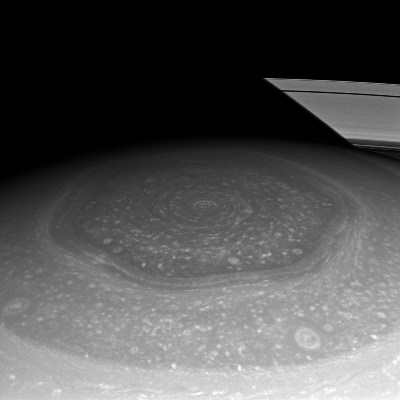 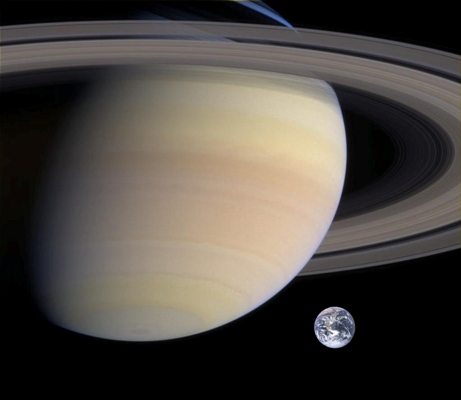 When compared with Earth, Saturn is nearly ten times wider than our planet. Also, Saturn is so big that it can easily fit 750 Earth inside it.
Source: facts.randomhistory.com, Image: wikimedia.org 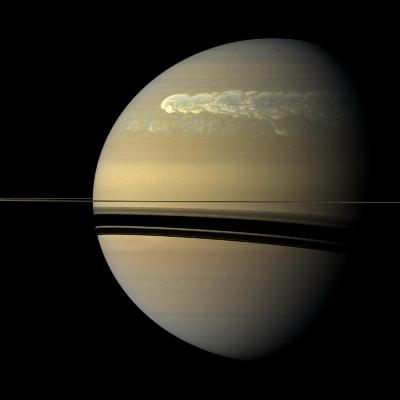 The number of storm occurrence on Saturn may not be as many as the one observed on Jupiter, but they are consistently occurring in Saturn’s atmosphere. The Great White spots are storms which have been observed over past 140 years. Dragon Storm was observed in 2004. Recently in the year 2012, a Hexagonal storm had been observed on the north pole of Saturn.
Source: space.com, Image: wikimedia.org

Dragon Storm is the name of a storm on Saturn, which was at first observed in 2004 in the mid-September. Dragon storm is a long-lived storm in Saturn’s atmosphere that periodically flares up and becomes bright enough to be observed.
Source: nasa.gov, Image: Flickr

Saturn is quite far away from the Sun. So, when Sun is observed from Saturn it appears 10 times smaller than the view of Sun from Earth. Also, Saturn receives just 10 percent of the sunlight that Earth receives from Sun.
Source: facts.randomhistory.com

17. Saturn can be seen with the naked eye!

One can see Saturn through binoculars or a small telescope as it’s the 5th brightest planet in the Solar System.
Source: space-facts.com

18. Saturn Has Been Visited By Four Spacecraft! 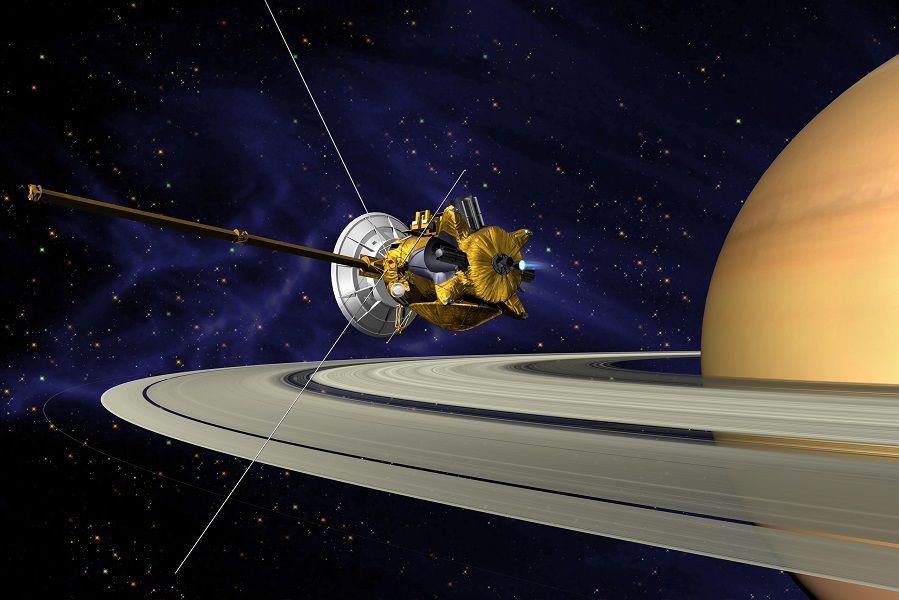 So far, Saturn has been visited by 4 spacecraft- Pioneer 11, Voyager 1 and 2 and the Cassini-Huygen.
Source: theplanets.org, Image: jpl.nasa.gov

Shukla Sundeep - June 30, 2016
0
Almost all of us have watched the movie "Jurassic Park", but how much do we really know about the creatures called "dinosaurs" ? Did...