Interestingly, cigarettes have been considered cool, sexy and have been widely enjoyed by many around the globe. Even the movies have depicted the actor as the cool one with a lit cigarette in his hand. However, the scenario has changed now, and what was considered cool during the early days is now more of a taboo because of the spreading awareness of its harmful effects on our health. It is a well-established fact now that a significant number of teens get hooked to smoking cigarettes each day without realizing that it can lead to a lifelong addiction and deteriorate their health. Here are some eye-opening and interesting facts about smoking cigarettes:

1. Cigarette Smoking Shortens a Decade of Your Life!

According to new research, men lose about 12 years of life expectancy if they smoke; while women lose 11 years. The study also says that kicking the habit by age 40 reduces the excess risk of death by about 90%.
Source: usatoday.com

2. The Minimum Legal Age for Smoking! 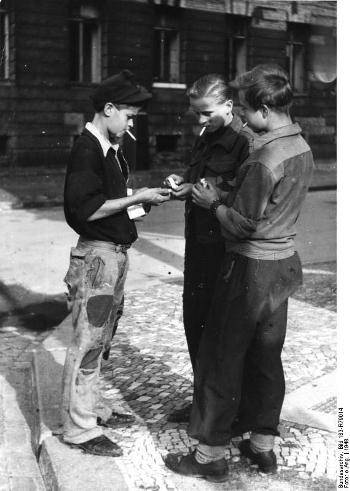 In the United States, according to the State laws, a minimum age of legal access (MLA) for most tobacco products is 18 years. So, all you minors out there, beware of smoking.
Source: ncbi.nlm.nih.gov, Image: wikimedia.org

Don’t be too happy that you are at no risk if you don’t smoke. Just being exposed to second-hand smoke has caused more than 2,500,000 deaths in the United States since 1964.
Source: cdc.gov 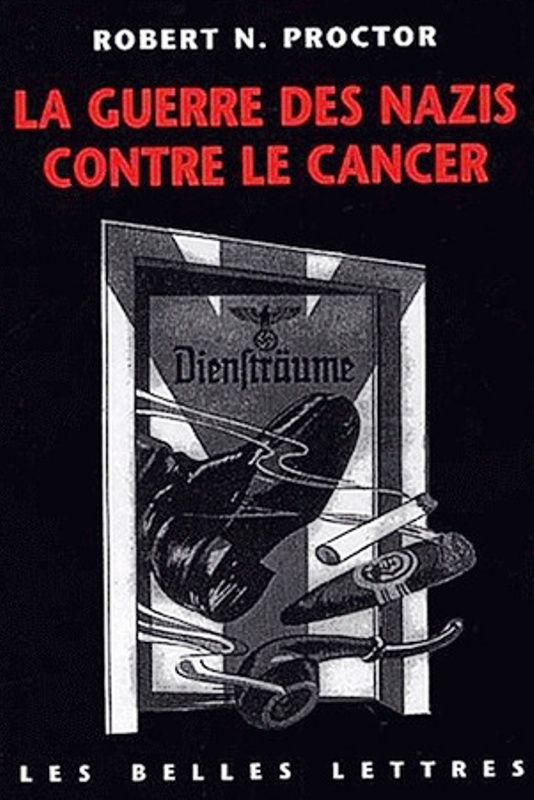 No, Hitler didn’t smoke or support smoking. Surprisingly, despite Hitler’s apathy for human life, he became the first person in history to put together a vigorous anti-smoking campaign during the 1930s and ’40s. Nazi scientists were the first to discover that smoking causes lung cancer.
Source: metro.co.uk, Image: images.gr-assets.com

5. Meet the First Smoker Ever! 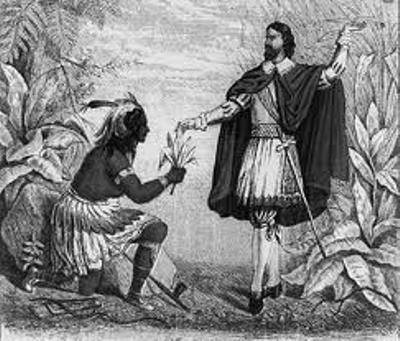 The first European to ever learn smoking- Rodrigo De Jerez was arrested back home when he tried to introduce the habit to his hometown. The reason was that the people thought a devil possessed him.
Source: Wikipedia, Image: wikimedia.org 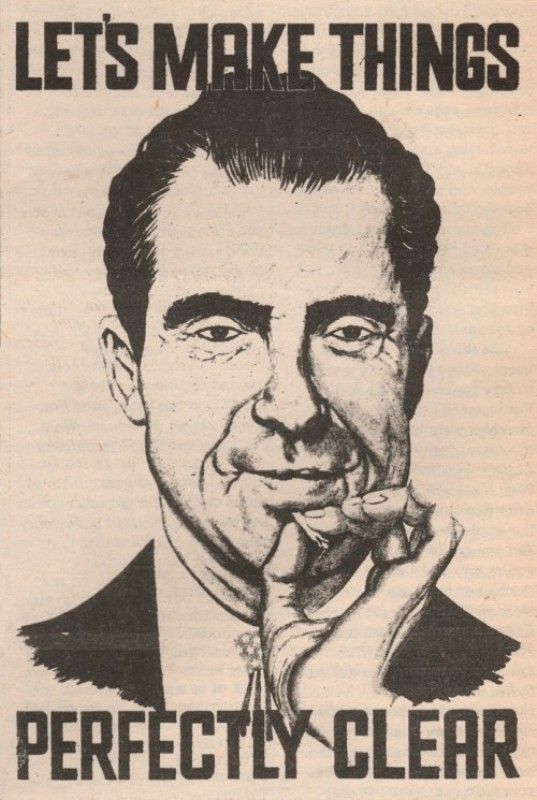 In 1970, despite being an avid smoker, Richard Nixon (the then US President) signed legislation officially banning cigarette ads on television and radio. You can consider it a classic case of irony that the legislation was signed by a person who actually smoked as many as eight bowls a day.
Source: history.com, Image: theeverydayhustle.com

While smoking deteriorates your lungs it also leads to diabetes as in American-blend cigarettes, sugars, such as sucrose or invert sugar, have been used as tobacco ingredients.
Source: ncbi.nlm.nih.gov

9. Here’s A Good News for Smokers!

Although the negative impacts of cigarette smoking on our health have been well documented, there are shreds of evidence that smokers have a lower incidence of some neurodegenerative and inflammatory diseases. It may be that Nicotine might have therapeutic potential as a neuroprotective and anti-inflammatory agent.
Source: ncbi.nlm.nih.gov

10. A Way Towards Adulthood! 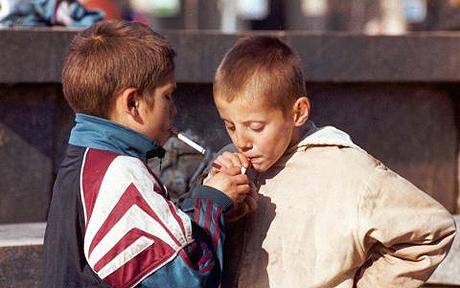 It’s very common for teens to take up this habit of smoking even before reaching the legal age of purchasing cigarettes as they see it as a way towards adulthood. According to reports, each day in the United States, more than 3,200 youth aged 18 years or younger smoke their first cigarette.
Source: cdc.gov, Image: topnews.ae

12. Reasons Behind That Enigmatic Addiction!

People give different reasons for smoking- pleasure, stress relief, or in social situations. However, there’s a science behind the addiction; in cigarettes and other forms of tobacco, Nicotine is the main addictive substance. Within 10 seconds when Nicotine enters your body, it reaches your brain. Nicotine causes the brain to release dopamine, which makes you feel happy and relaxed. However, soon the buzz of pleasure fades away, and your body again craves for that buzz of pleasure, and you again lit that enigmatic stick, and that’s what we call “Addiction.”
Source: smokefree.gov 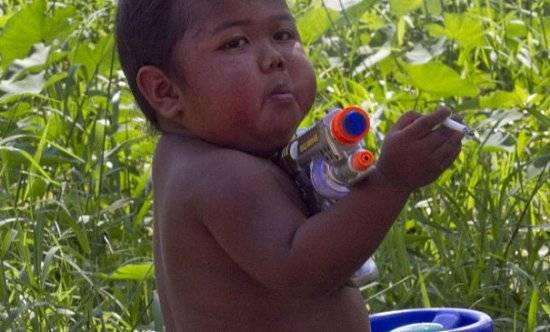 Ardi Rizal – a 2-year-old boy from Indonesia, made the headlines in 2010 for his smoking habit of 40 cigarettes a day.
Source: news.com.au, Image: donationto.com

14. The Smoker Presidents of the United States!

Smoking is not only an ordinary man’s domain, and when it comes to high-profile smokers, the US Presidents don’t lag behind. From the very first US President, George Washington to the recent one, Barack Obama, the list of Smoker Presidents of the United States is, in fact, a lengthy one.
Source: hightimes.com 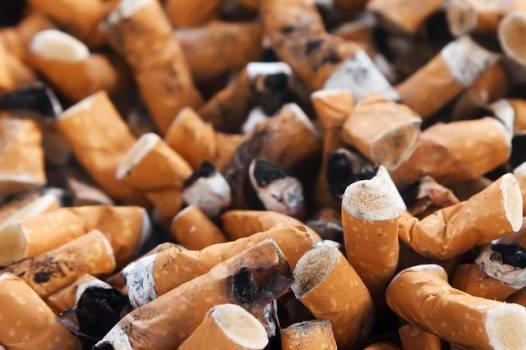 More than 10 million cigarettes are sold around the world every minute. Ironically, every 8 seconds someone around the world dies of smoking-related problems. Also, smoking is responsible for 25% cancer-related deaths and around 40% of heart diseases.
Source: cdc.gov, Image: Flickr 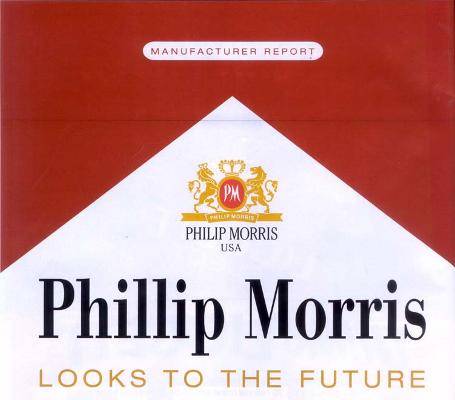 Philip Morris in 2001 advised the Czech government to support smoking cigarettes so that the mortality rates would increase and the government could save on healthcare, pensions and provide housing to the elderly. It induced a powerful negative reaction, and the employees are till date prohibited talking about it.
Source: bbc.co.uk, Image: ecigarettereviewed.com

There may be plenty of reasons for you to smoke, but there are even more reasons to quit smoking. From being highly cancerous to being the leading cause of deaths in the world, cigarette smoking gives you many reasons to call it a quit.
Source: heart.org

OhFact! - October 18, 2019
0
Gucci is one of the planet's most admired brands, appreciated for its designs that are both innovative and timeless.  Lately enlivened by a fresh...