Looking at the night sky; we often think what does lie in the black emptiness between the stars? Can there be a planet just like ours? Can there be people just like us? There are so many questions about that vast and mysterious Space. Read on to find out some interesting facts about Space:

1. Space is just an hour away!

Spaceship, astronauts, space programs… there are so many things, which make people overwhelmed and they start thinking that Space is such a far out place. But in reality, Space starts from just 100 km above the Earth! Theoretically, if there is a road perpendicular to the surface of the Earth, then you can reach Space within an hour.
Source: armaghplanet.com 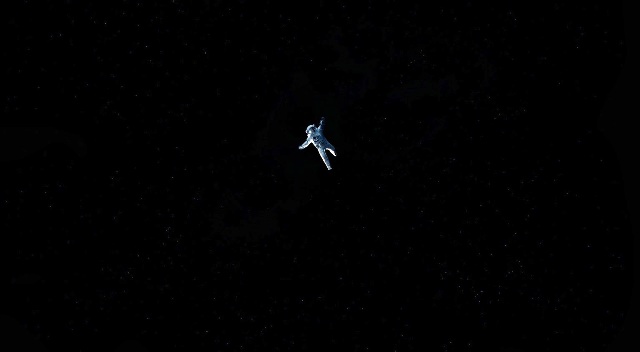 Space is an absolutely silent place. You can’t hear even a single sound. It’s because unlike the light, the sound waves need a medium in which they can travel. But in Space, there is no atmosphere. Hence, propagation of the sound waves is not possible.
So, how do astronauts talk with each other? They use radio waves, which can travel even in Space.
Source: theplanet.org, Image: 1.bp.blogspot.com 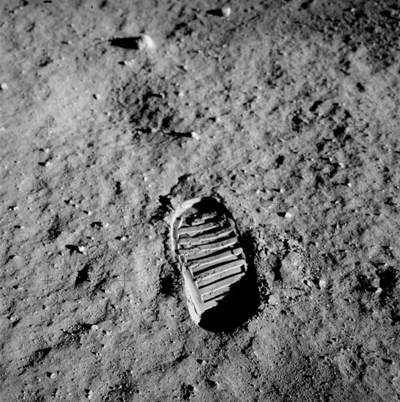 These are not ordinary foot prints. These are the footprints left by the astronauts of Apollo on the Moon mission and these will stay the same for about a 100 million years! Shocked! Well, it’s possible only because the Moon doesn’t have an atmosphere i.e. it has no wind and no water to disturb these footprints. Even the marks left by spaceship, rovers and the materials left by astronauts on the Moon will remain the same for a very very long time.
Source: theplanet.org, image: wikipedia.org

Well, you can cry in Space, but it won’t have the same effect as the one on the Earth. That’s because your tears will never fall. It will remain to stick to your face!
Source: factslides.com

5. Beware of your feet skin!

Actually, in Space, there is no gravity, and hence astronauts do not use their feet to walk. It causes the feet to start softening and peeling off. So, astronauts take off their socks with care otherwise the peeled off dead skin will float around in their spaceship.
Source: armaghplanet.com 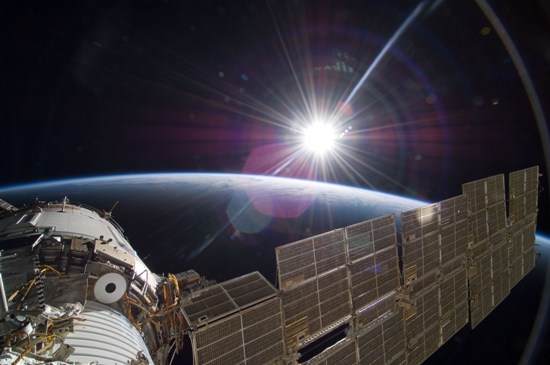 Every day, astronauts at the International Space Station, watch 15 sunsets and sunrises! If you love sunrise and sunset, then this is one hell of a reason why you should become an astronaut.
Source: indiatimes.com, image: wikimedia.org

7. Want to Increase Your Height? Visit the Space!

Next time anyone calls you shorty, make it your mission to visit the Space. It’s because, in Space, human body experiences change in height. Since there is no gravity in Space, your spine will straighten, and you will look taller as you won’t be slouching.
Source: armaghplanet.com

To bring together two pieces of metal of the same type, you will not need any methods like welding, etc. in Space. It’s due to cold welding. On the Earth, the pieces are separated by an oxidized layer on the surface of metals formed by the air and water but there is no such thing in Space, and hence they just join together.
Source: mashable.com 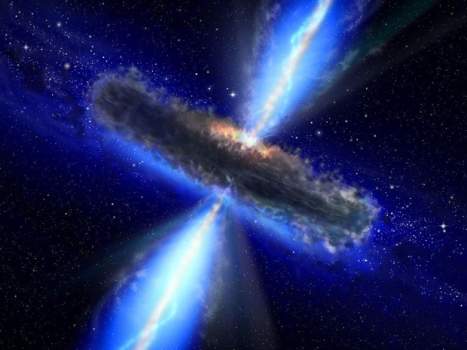 A huge cloud of water vapor containing about 140 trillion times more water than the water present in the oceans of the Earth had been found in Space. It’s one of the largest reservoirs of water ever discovered in Space. This massive cloud of water is situated 10 billion light years away from the Earth.
Source: theplanet.org, image: fastcompany.com 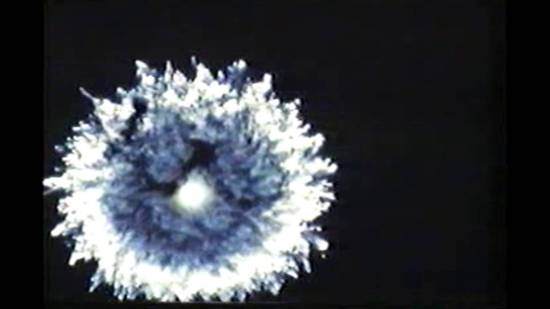 In the year 1962, the United States created history by blowing up a hydrogen bomb, which was 100 times more powerful than the bomb dropped on the Japanese City of Hiroshima. But thankfully it was executed in space. Earth! You are safe.
Source: factslides.com, image: openculture.com 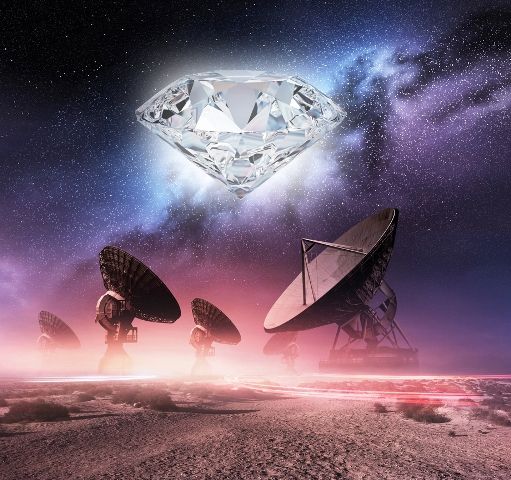 Disney’s Treasure planet movie had come true! The only difference is that instead of all kind of jewels and precious stones, there is a huge diamond of 10 billion trillion trillion carat monster in space. It actually a chunk of crystallized carbon.
Does anyone need the largest solitaire?
Source: all-that-is-interesting.com, Image: hhjewels.com

You must have seen lightning on the Earth. But do you know that lightning occurs on some other planets too? Lightning is, in fact, an inherent phenomenon of the Space. Lightning in space has about 50 million tons of electricity.
Source: cracked.com, image: wikimedia.org

So, you thought garbage can be found only on the Earth? Well, think again because there are about 5,00,000 pieces of space junk regularly orbiting the Earth. Now, you must be thinking what harm Space junk can do. Space junk can actually do more harm than we can imagine. It’s because space junk is orbiting the Earth at a speed of about 17,500 mph and if they ever collide with a satellite or spacecraft, they can result in huge damage.
Source: nasa.gov, image: wikimedia.org

What happens if it suddenly starts to rain alcohol? Party!!!
Space gives us the chance to party but minus the rain. The Huge reserve of alcohol had been discovered in the center of our galaxy at Sagittarius B2 cloud. It contains about 10 billion billion billion liters of alcohol. Next time, when you go to have a party, just decide how to travel 26,000 light-years because that’s how far Space’s alcohol reserve is.
Source: opposingviews.com, image: messagetoeagle.com

Krishna - January 30, 2019
0
The Ball Python is one of the most popular snakes in the Americas and Africa. This is a reptile with a very shy demeanor...