Starbucks has become a synonym for coffee! Starbucks has been giving us the reason to share great coffee with our friends since the first Starbucks was opened in 1971. A premier roaster and retailer of speciality coffee in the world, Starbucks has carved a niche for itself in this business. Let’s have some fun & interesting facts about Starbucks:

Starbucks gives you a hack for saving money at Starbucks; bring in your own reusable cup, and Starbucks will give you a ten cent cup discount.
Source: businessinsider.co, Image: Flickr 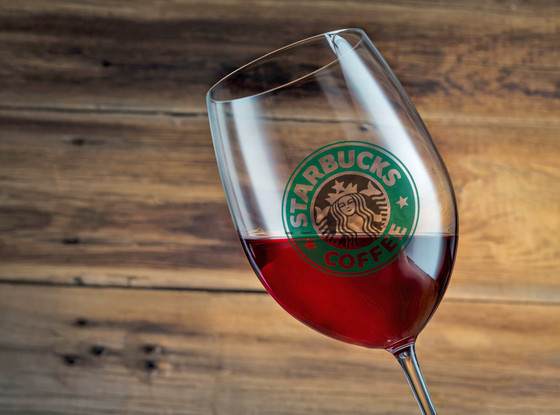 Another example to show that we can see our coffee mogul expanding its wings is that the company is making partnerships with other companies and is selling beverages like wine in some of its outlets!
Source: businessinsider.com, Image: nmsa.ca 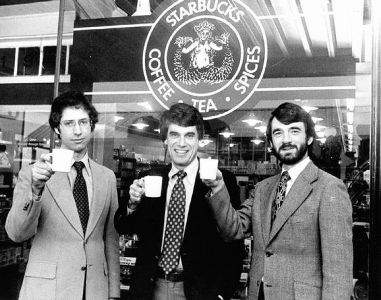 Starbucks was first started by two teachers and a writer. Later, Howard Schultz took up the company and made it into a world-class business, but it was started by Gordon Bowker, Zev Siegel, and Jerry Baldwin. Anyway, perfect coffee is what we all ask for!
Source: thrillist.co, Image: pinterest

Besides giving us the reason to enjoy over a cup of coffee, Starbucks also takes care of our environment. Starbucks has vowed to eliminate plastic straws from its stores worldwide by 2020. In its statement, the company said-

“Not using a straw is the best thing we can do for the environment.”

According to Starbucks, its logo is an image of a “twin-tailed mermaid, or siren as she’s known in Greek mythology. Over the years, the logo has been significantly evolved. In the first version, The Starbucks siren was topless with a fully visible double fish tail, the second version (used between 1987 and 1992) had covered breasts by her flowing hair; however, her navel was still visible. The third version (used between 1992 and 2011), had both breasts and navel covered. Since 2011, the company has been using the logo without the Starbucks wordmark around the siren.
Source: Wikipedia, GIF: gifer.com 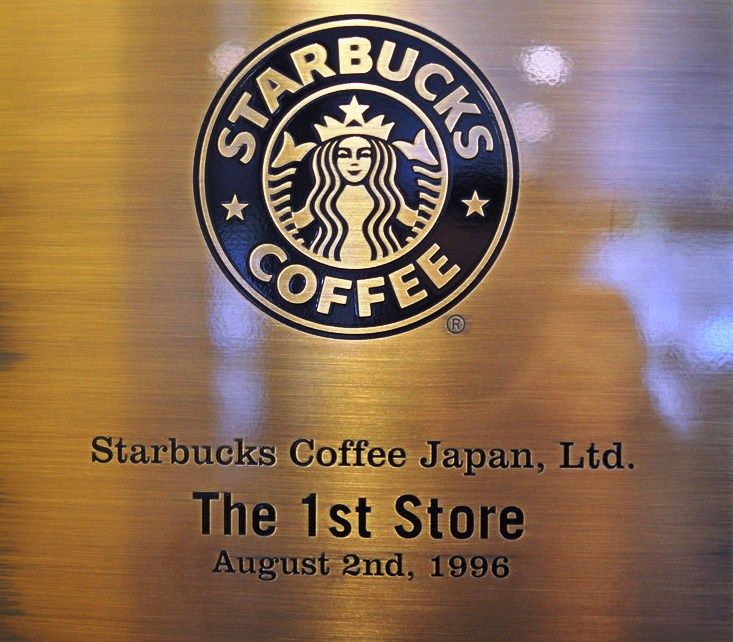 After satiating the beverage cravings of the US citizens, Starbucks opened its first store outside North America in Tokyo, Japan, in 1996.
Source: starbucks.in, Image: Flickr

One can select from the 87,000 beverage combinations at Starbucks!
Source: themost10.com, GIF: Tumblr 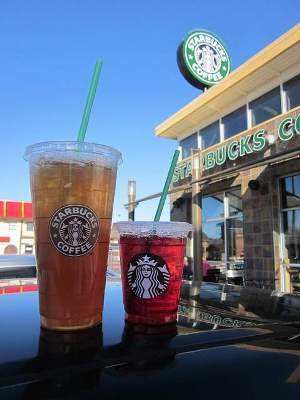 In its US Stores, Starbucks has rolled out a new drink size, the biggest size available, called the Trenta. It holds 31 ounces and is available for iced drinks only.
Source: starbuckssecretmenu.net, Image: Flickr 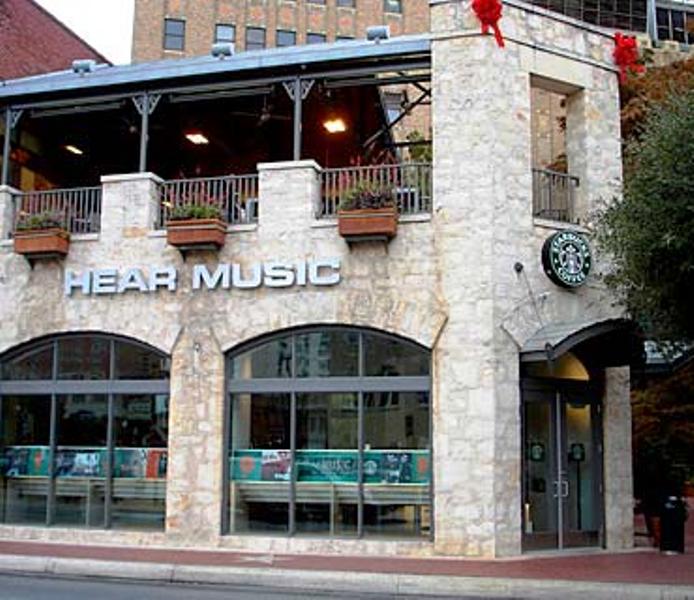 What would be better than listening to your favorite number with a cup of one of the best coffees in your hand! With the brand name of Hear Music, Starbucks began as a catalog company in 1990, and at present, the company is entertaining the people with its quality music.
Source: starbucks.com, Image: Wikimedia

All the tea-lovers out there, don’t worry; as Starbucks is also into the tea business. After acquiring the Tazo brand for US$8,100,000 in 1999, Starbucks has been serving teas, both in to-go beverage and retail formats.
Source: Wikipedia, GIF: gifer.com

11. A Benchmark of Business Ethics!

Starbucks takes good care of their employees and it spends more money on their health insurances than it does on coffee beans.
Source: Wikipedia 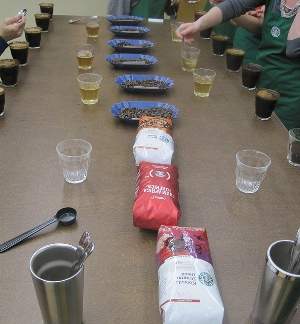 Starbucks has experimented in a new flavor, which tastes like beer. But the thing is that the beverage doesn’t contain any alcohol.
Source: Wikipedia, Image: Flickr

13. Same-Sex Marriages? We Support You!

Starbucks is one of the few companies, who supported same-sex marriages!
Source: Wikipedia

We thought that the United States would be the largest customer of a coffee shop, but Starbucks makes most of its profit from China!
Source: Wikipedia

The costliest beverage ever made by Starbucks is of $83.75.
Source: buzzist.com

Starbucks established an outlet in Seattle, where there would be nothing related to the original company. They mostly test their new flavors there.
Source: buzzist.com, GIF: starbucks.com

18. More Visits Than The Church!

In a survey, it has been found that the most loyal customers of Starbucks visit it for at least 16 times a month! That’s more than a person visits church per month.
Source: businessinsider.com

With more than 1,37,000 employees (as in 2010), Starbucks has twice the population of Greenland.
Source: businessinsider.com, GIF: cloudfront.net

For distinguishing itself from other coffee-serving venues by quality, taste, and hospitality, Starbucks is considered the main representative of “second wave coffee.”
Source: Wikipedia

Shukla Sundeep - August 22, 2015
0
Mike Tyson is a retired American professional boxer and is the former youngest undisputed heavyweight champion of the world to win the WBC, WBA...