Superman is indeed the most cherished Superhero around the world and is a synonym for the term ‘Superhero.’ In fact, he can be considered, the father of all superheroes who came into existence. Ruling the world since last eight decades, there are bound to be numerous mysteries and surprising facts. Here are some interesting facts about Superman worth knowing: 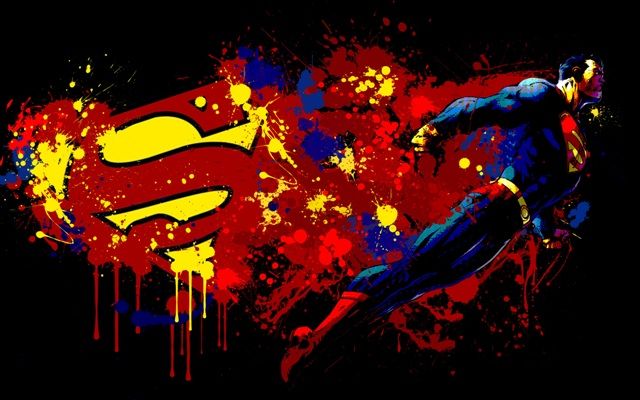 Superman was an idea of two high-school students Jerry Siegel and Joe Shuster. They sold the rights to Detective Comics for mere $130 (around $2100 in today’s time). However, neither the sellers nor the buyers were aware of how successful the character would be in future. In fact, the check which those students got was auctioned for $160,000, even when it was already cashed.
Source: listverse.com, image: blurppy.com

The ‘S’ logo printed on Superman costume doesn’t mean Superman, but it actually stands for ‘Hope’ and ‘Hero.’ However, when turned upside-down, it means ‘Resurrection.’
Source: whataculture.com, image: flickr

Hard to imagine right? We’ve known Superman for his supernatural powers, such as flying too long distances. However, he was not always able to fly. Initially, he could just jump to long distances, that too because the earth had lesser gravity than Krypton, just like astronauts can jump higher on Moon.
Source: whataculture.com

4. He was Censored during World War II

It was the time when the US was secretly experimenting with Nuclear Weapons, and an issue of Superman was released in which Lex Luthor attached Superman with a weapon he called an Atomic Bomb. Considering the seriousness of the matter, US Government delayed the story’s publication.
Source: whataculture.com

5. The Effects of Superman Curse

Superman curse is considered to be a big weapon, but it actually worked in real life upon some people related to Superman. George Reeves committed a suspect suicide, Christopher Reeve got paralyzed in a horse-riding accident, and a baby who played Kal-El in 1978’s Superman died at the age of 14. Marlon Brando, Richard Pryor, Lane Smith are a few other victims of the Superman Curse.
Source: whataculture.com, image: wikimedia.org

Kryptonite is a big weakness of Superman, but pink kryptonite is the biggest. It doesn’t only weaken him, but it also turns him into a gay. In a series, expose to Pink Kryptonite made Superman flirting with Jimmy Olsen.
Source: whataculture.com

Marvel has something special to do with alliteration (Bruce Banner, Peter Parker, Sue Storm to name a few), but Superman too is a big fan of alliteration, especially LL. Most of his girlfriends had these initials – Lyla Lerrol, Lori Lemaris, Lana Lang, Lois Lane, Lex Luthor, and Linda Lee – enough to show his love for L. L.
Source: whataculture.com, image: wikimedia.org

8. Clark Kent and Superman Together 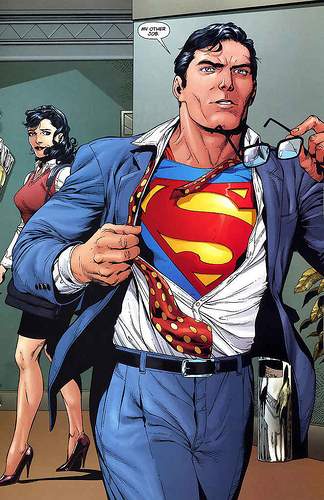 It is found that a superhero and his alter ego never appear together, as the alter ego has to turn himself into the superhero. However, a series had both these characters seen in the same shot.
Source: newsarama.com, image: flickr 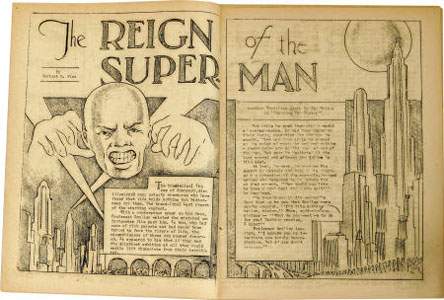 The first edition of Superman Series presented him as evil. Published in 1932 titled ‘The Reign of the Superman,’ a homeless man named Bill Dunn was being experimented by a mad scientist who transformed him into Superman. Created with evil motives, the ‘Superman’ (read Bill Dunn) killed his creator and embarked on stock manipulation, racetrack winnings and earning money through illegal ways.
Source: io9.com, image: wikimedia.org

10. Superman Caused a Debate between Einstein and Asimov

The word ‘Superhero’ is patented by Marvel & Detective Comics (DC). They both have copyrights on this word and had a long rivalry over this word. However, they set aside their differences in 1979 and agreed upon using this word.
Source: listosaur.com

How is it possible? We have been seeing him for last 8 decades. Yes, he is just 27 years old because LHS 2520 is 27 light years away from earth. Apparently, his age on earth is just 27 years.
Source: gizmodo.com

13. We Could Actually See Krypton

Yes, but only if all telescopes on earth work together. Seems hypothetical, but if the whole planet is turned into a giant telescope, it is possible to see Krypton.
Source: gizmodo.com

14. Superman is Afraid of a Young Fan

The ‘Man of Steel’ actually had to be afraid of his young fan, who pulled a pistol on him believing the invulnerable man won’t get hurt by the pistol. However, the boy was then convinced to remove the gun after saying that Superman won’t get hurt with the bullet, but others may get hurt when the bullet bounces back.
Source: kickassfacts.com

15. Smaller one is Big Enough

In the Superman comics published in 1958, he projected a mini version of himself with all super powers he has. Eventually, due to his jealousy, he tried to kill his mini version but ended up sacrificing himself to save the little one.
Source: kickassfacts.com 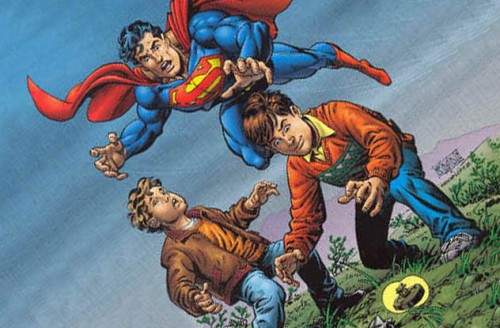 Teaming up with US Government and UNICEF, a special ‘Free’ edition of Superman Comic was published titled ‘Superman: Deadly Legacy’ for kids in areas with active landmines. In the story, Superman saves kids caught in a minefield. The motive was to educate children to stay away from these areas. However, the plan went wrong and led many children to strand in mined areas hoping Superman would come to rescue them.
Source: listverse.com, image: dir10.com

19. He made his Girlfriend ‘Black’ for one day 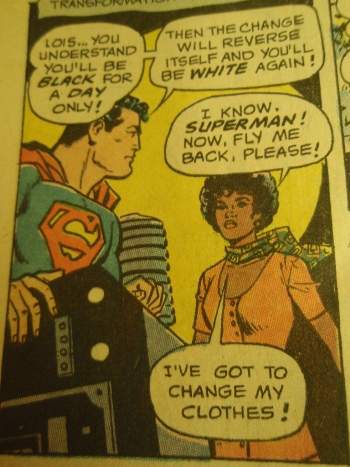 In the ’70s, Lois Lane was given an assignment in Little Africa. However, people from that continent used to consider ‘white people’ their enemies. To help Lois finish her assignment, Superman turned her black for a day.
Source: whataculture.com, image: flickr