Of all the wonders of the world, the Taj Mahal is undoubtedly the most beautiful one. Located on the southern bank of Yamuna river in Agra, Taj Mahal is one of the masterpieces of the Mughal Dynasty. Being the symbol of love, it is one of the most romantic places in the world. Let us find out some interesting facts about Taj Mahal:

The Taj Mahal is often referred to as the “crown of palaces;” as it is considered the most beautiful and eternal among all.
Source: Wikipedia

Taj Mahal is the most beautiful symbol of love. It was a dedication of a sorrowful emperor Shah Jahan to his beloved wife Mumtaz Mahal, who died in 1631 while giving birth to their 14th child.
Source: softschools.com, Image: vingerworld.wordpress.com

In 1632, a year after the death of Mumtaz Mahal, Shah Jahan decided to make a monument of love as a dedication to his wife. After an epic work of 21 long years, it was completed in 1653.
Source: Wikipedia, Image: aboutcivil.org

4. The Man Who Sold Taj Mahal! 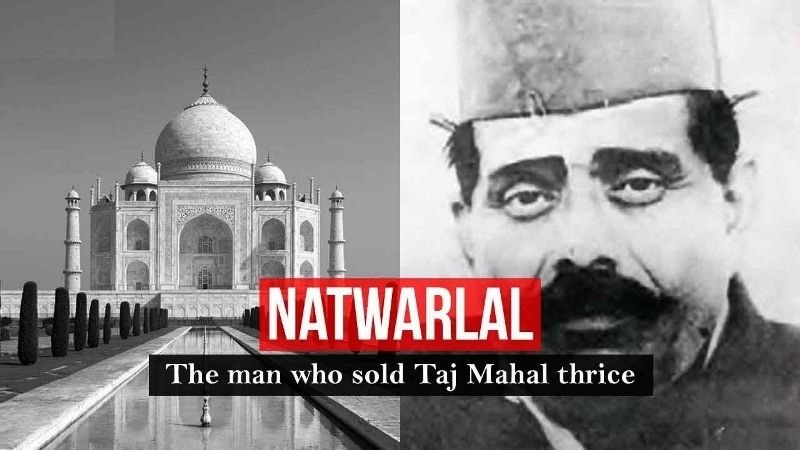 5. The Yamuna River, As Its Savior 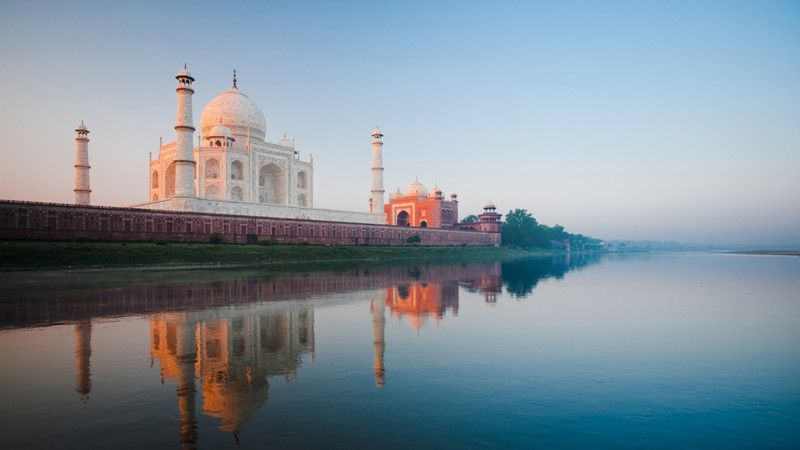 Taj Mahal would have eroded long ago if the Yamuna river wasn’t there; as the foundation of Taj Mahal is made of timber, which is kept moist and strong by the water of Yamuna river.
Source: scoopwhoop.com, Image: wallpapersite.com

6. The Architect Behind This Beauty 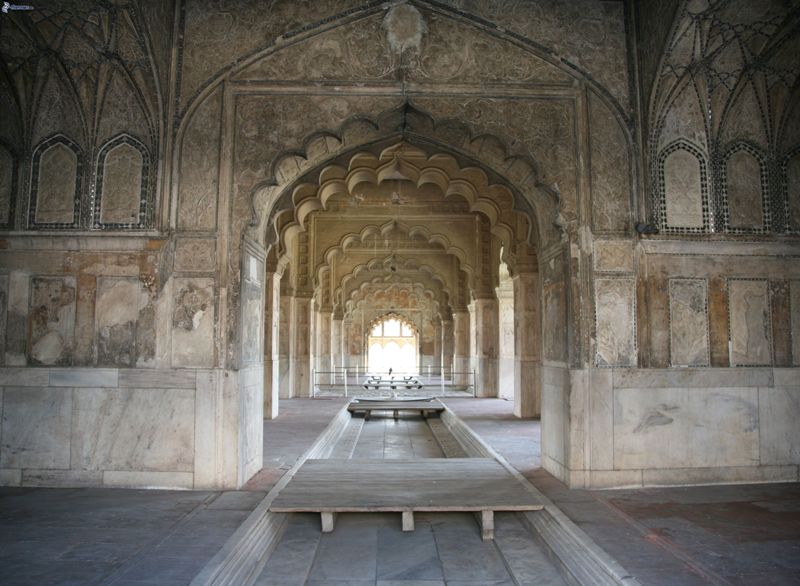 8. A Galaxy Of Materials 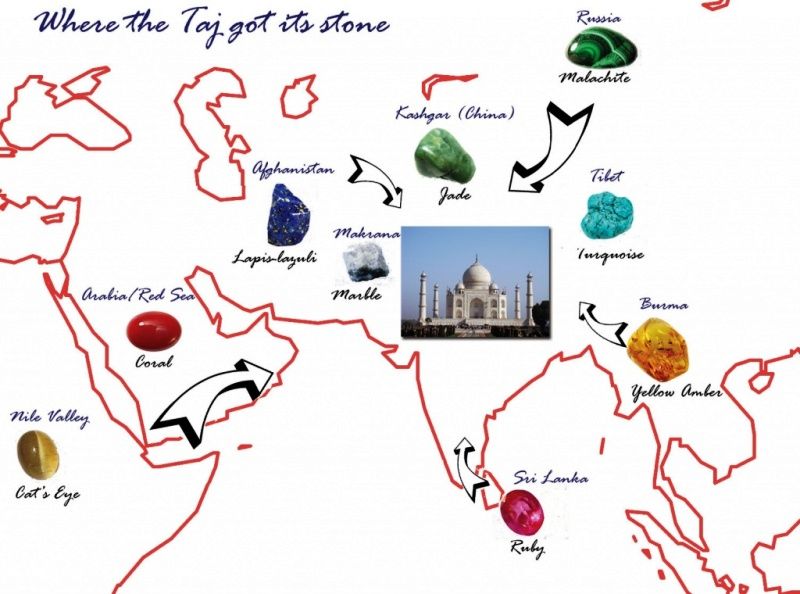 The Taj Mahal was a mega project and was built mainly with white marble from Makrana, Rajasthan, Jasper from Punjab, and Jade & Crystal from China. Other stones used were Turquoise from Tibet, Lapis Lazuli from Afghanistan, Sapphire from Sri Lanka, and Carnelian from Arabia. In all, twenty-eight types of precious and semi-precious stones were inlaid into the white marble.
Source: funtrivia.com, Image: dustedoff.files.wordpress.com 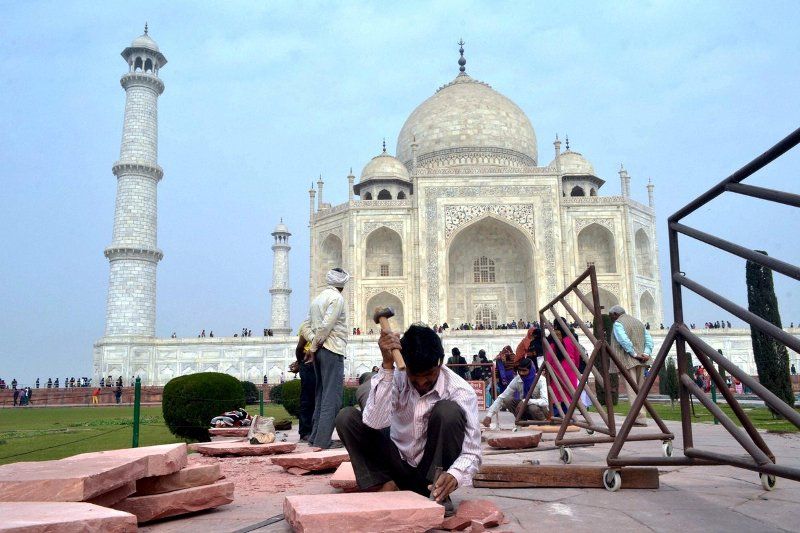 About 20,000 workers from India, Persia, the Ottoman Empire, and Europe were hired to build Taj Mahal. Along with that, around 1000 elephants were used as a transport medium.
Source: funtrivia.com, Image: twimg.com

As the day advances, its color changes from soft gray and yellow to pearly cream and dazzling white. It is said that changing colors reflect the changing moods of the woman, in particular, the Emperor’s queen.
Source: Slideshare.net, GIF: giphy.com 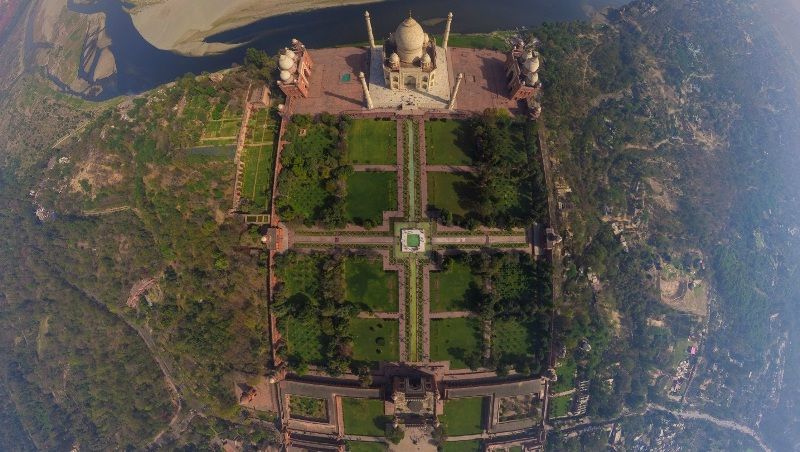 It’s a colossal monument, covering an area of 42 acres in total, sloping from south to north. The height of the main dome is 240 ft, and that of the 4 minarets is 130 ft. It is estimated to be taller than a 20 story building.
Source: Wikipedia, Image: 1.bp.blogspot.com

It’s a myth that the hands of the workers were cut off after the making of Taj Mahal to avoid similar construction again.
Source: Softschools.com

Taj Mahal was built for Mumtaz Mahal and her tomb is also located inside it, along with that of Shah Jahan; the larger one is King’s tomb while the smaller one is Queen’s tomb. Around the tomb, there are 99 names of Allah inscribed calligraphically.
Source: Softschools.com, Image: Wikipedia

The Taj Mahal was made in such a way that the building’s foundation needed a constant streamlet of moisture from the Yamuna river to retain its strength. But due to the gradual drying up of the Yamuna river, it has become a matter of concern.
Source: bbc.com, Image: 3.bp.blogspot.com

15. Many Precious Stones Have Been Robbed 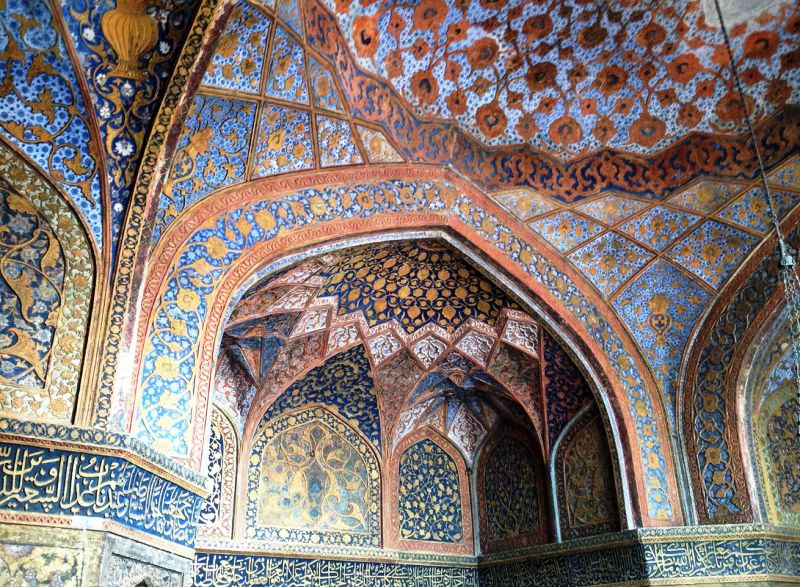 Many precious stones are missing from the monument, and it is believed that these stones were ripped off from its walls by the Britishers during the rebellion of 1857.
Source: tucantravel.com, Image: static.wixstatic.com Earlier, Shah Jahan wanted to build a different mausoleum for his burial- the Black Taj Mahal; however, he couldn’t fulfill his desire and was finally buried at the Taj Mahal adjacent to the tomb of his wife, Mumtaj Mahal.
Source: harekrsna.de, Image: adsttc.com

17. The Pillars Are Inclined Outwards

The 4 pillars of height 130 ft surround the main dome of the Taj Mahal. These are not standing 90 degrees to the surface but are tilted outwards; so that if an earthquake occurs, they will fall away from the tomb.
Source: mensxp.com, Image: pixabay.com

Shukla Sundeep - November 4, 2015
0
Osama Bin Laden, the founder of Al Qaeda, a fundamentalist Islamic leader, chief convict of the 1998 bombings of US embassies in the East...