Formed in 1960, The Beatles was one of the most famous band of 60s and 70s and is one of the evergreen bands that will keep moving people’s hearts, smiles and tears. After the initial struggle, the four members of Beatles i.e. John Lennon, George Harrison, Paul McCartney and Ringo Starr created the most popular group of the rock era. Just like their immense popularity there are many unique and fascinating facts. 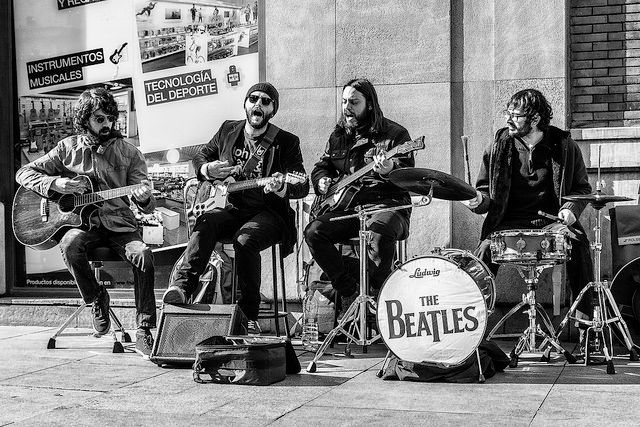 1. Birds of the same flock, born to rock!

There is a unique similarity in the birth place and birth dates of all The Beatles members. They were all born in Liverpool area and in the early 1940s. Sounds like a plan God !

John Lennon: Born on October 9, 1940 in a Maternity Hospital adjacent to the University of Liverpool campus. John Lennon is one of the most interesting and influential people as with being a popular artist, he was also an activist. His songs and quotes have touched millions of hearts.

Paul McCartney: born on June 18, 1942 in Walton Hospital which is in the northern part of Liverpool.

George Harrison: born on February 25, 1943 at home in 12 Arnold Grove which is located in Liverpool suburb of Wavertree.

Ringo Starr: born on July 7, 1940 at home in 9 Madryn Street which is located in ‘Dingle’ area of Liverpool.
Source: music-musicians.knoji.com 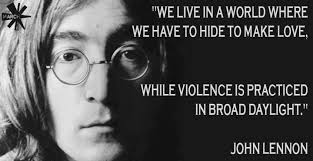 The music, lyrics and melodies of The Beatles are so popular that they have been named as one of the most influential people of 20th century. There songs were authentic, straight from the heart and meant something, unlike “Gangum style”.
Source: udiscovermusic.com, Image: inktank.fi

The name of both Lennon’s and McCartney’s first song contained the words Little Girl. The first song written by Lennon was “Hello Little Girl” and the first song by McCartney was “I Lost My Little Girl”. Not the same little girl right ? There was one big girl at the time the band dissolved!
Source: telegraph.co.uk 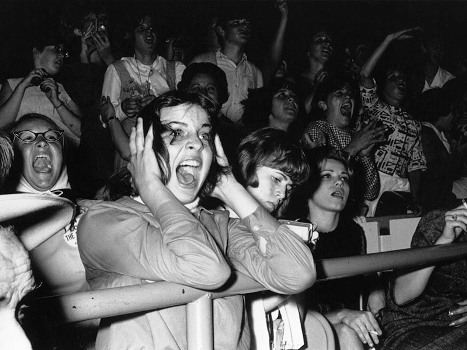 Many people have claimed that when The Beatles performed, the concert hall smelled like piss. Can you guess whose piss it was? It was the urine of over-excited girls! Smelly cat, Smelly cat! Pun intended!
Source: huffingtonpost.com, Image: wsj.com

George Harris had himself admitted during his first shag in Hamburg where all other band mates were present as they slept in bunk beds in the same room. Since George was under covers, the others actually couldn’t see anything but witness their friend’s transformation from a virgin boy into a man under the sheets of intimacy. Bravo girl ! She actually had the courage to do that in front of the band ! I am sure the cheering and the applaud didn’t make you blush red or make you wanna disappear. Did it? Are you even alive? Apologies.
Source: huffingtonpost.com

7. Beatles’ dream of their own Utopian community

How wonderful it would have been to be the part of The Beatles’ Utopian community. It was the plan of John Lennon to create their own Utopian community. He even encouraged his band members to buy some private islands off the Greece coast. But unfortunately, this plan never materialized.
Source: viralnova.com 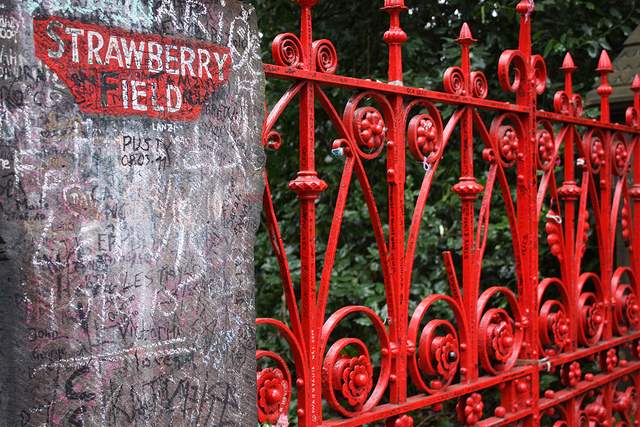 When John Lennon was abandoned by his parents at the age of five, he lived with his uncle and aunt in Woolton. There, one of his favorite spots which he used to explore with his friends was Strawberry Fields, a garden near Salvation Army Orphanage. Now Strawberry Fields is a memorial section of Central Park of New York.
Source: mentalfloss.com, Image: flickr.com

In the song “Strawberry Fields Forever”, John Lennon mumbles some words in the end. When people first heard this song, the mumbled words in the end sounded like “I buried Paul”. This created a rumor that Paul McCartney is dead. But actually John Lennon had mumbled the word ‘Cranberry sauce’ in the end! Whaaaat ?
Source: telegraph.co.uk 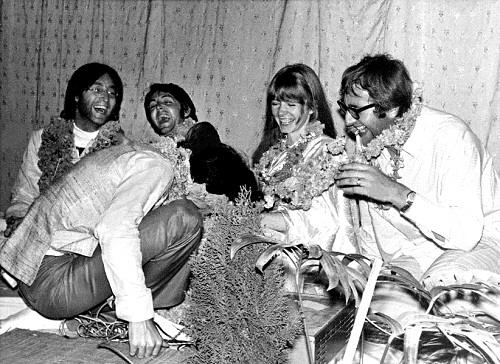 Bob Dylan first got the impression of Beatles being a band of drug–inspired folk when he heard the song ‘I Want to Hold Your Hand’. This was due to a simple mistake as he mistook the line ‘I can’t hide’ for ‘I get high’. Come on Bob, drop the blunt and pay some attention.
Source: nme.com

Well one morning Paul McCartney woke up and a melody started playing in his head. Due to lack of lyrics, Paul started humming ‘scrambled eggs … baby, I love scrambled eggs’. This helped him to remember the melody which later transformed into one of the most famous songs of The Beatles: “Yesterday”. Wow ! Just like that ! Why can’t I be famous ? I could come up with something better than “scrambled eggs”! Oh ! It was ‘Yesterday’ that was famous ! Hmm..
Source: mentalfloss.com

Oh Yeah! That’s the magic of Beatles. The song “I Want You (She’s so Heavy)” is 8 minutes long but contains only 14 words. Six of those words are in the title itself. The rest eight are: “It’s so bad driving me mad babe yeah”. Anyone got a 9 minute song with 13 words?
Source: omgfacts.com

Some songs of The Beatles had been banned by BBC. ‘A day in life’, ‘Fixing a hole’ and ‘Lucy in the sky with Diamonds’ were banned due to their reference to drugs. The song ‘I am the Walrus’ was banned as some of its lyrics referred to ‘Knickers’.
Source: udiscovermusic.com

14. Songs that The Beatles didn’t sing

There are some songs which Lennon and McCartney wrote but these were sung by other artists. These songs are From A Window (single by Billy J Kramer with the Dakotas), It’s For You and Step Inside Love (single by Cilla Black), Come and Get It (Badfinger), One and One Is Two (single by Strangers with Mike Shanon) and Woman (single by Peter and Gordon).
Source: telegraph.co.uk

Sometime in the year 1960, The Beatles got a more favorable apartment than the one in Hamburg. When Paul McCartney and drummer Pete Best came to fetch and pack their stuff, they made a makeshift torch by nailing a condom on the wall and lighting it on fire. As soon as the owner found out, he lodged a complaint in police claiming arson. Due to this the police deported Paul and Pete from Germany. Why don’t we men grow up ? Urgh.. Coz it’s boring.
Source: magazine.foxnews.com

Disneyland: the happiest place on the earth is the place where the tragic breakup of The Beatles Band occurred. May Pang, the then mistress of John Lennon was present in the suite with him when he signed the official document at the Polynesian Village Hotel. Breaks my heart, Lennon!
Source: www.viralnova.com