1. The Stories By A Nobel Laureate 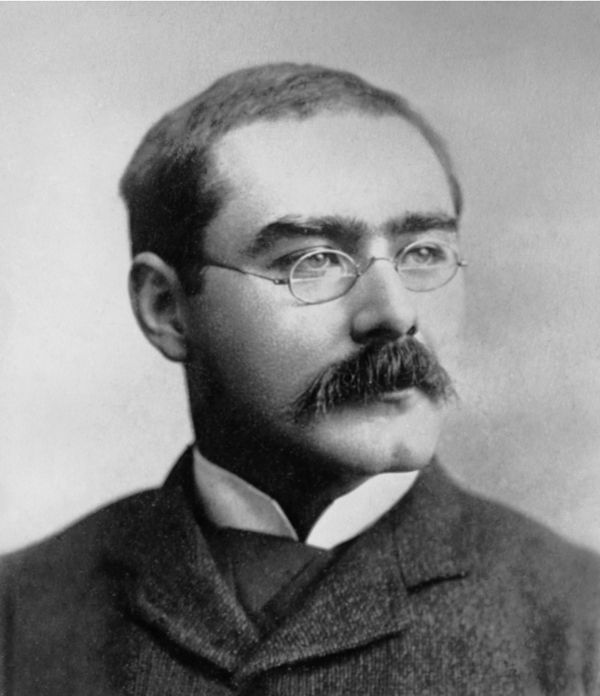 The stories of The Jungle Book were penned by the 19th-century English writer Rudyard Kipling. In 1907, the Swedish Academy awarded him the Nobel Prize in Literature for his greatest genius in the realm of narratives.
Image: wikimedia.org 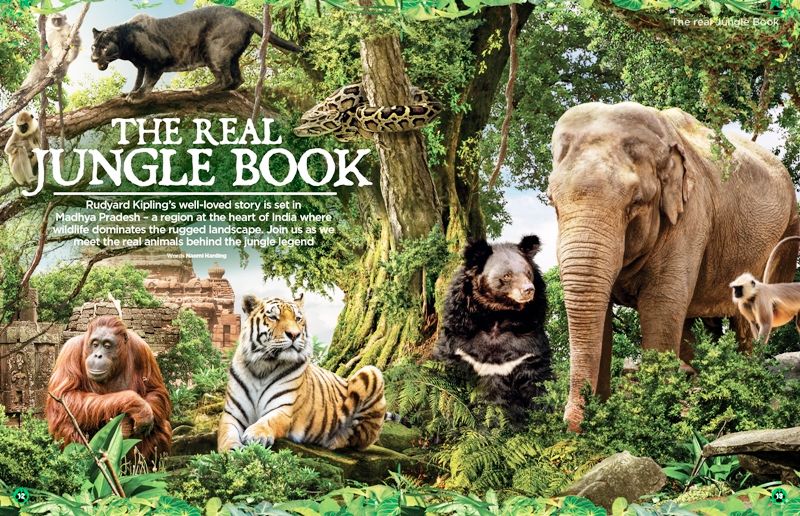 Rudyard Kipling had spent 12 years of his life in India and used the stories he heard there as the inspiration for The Jungle Book. The term “Seonee” (Seoni, in the central Indian state of Madhya Pradesh) is mentioned several times in the book, which connotes that the plot of The Jungle Book has been set somewhere in Central India.
Image: animalanswers.co.uk 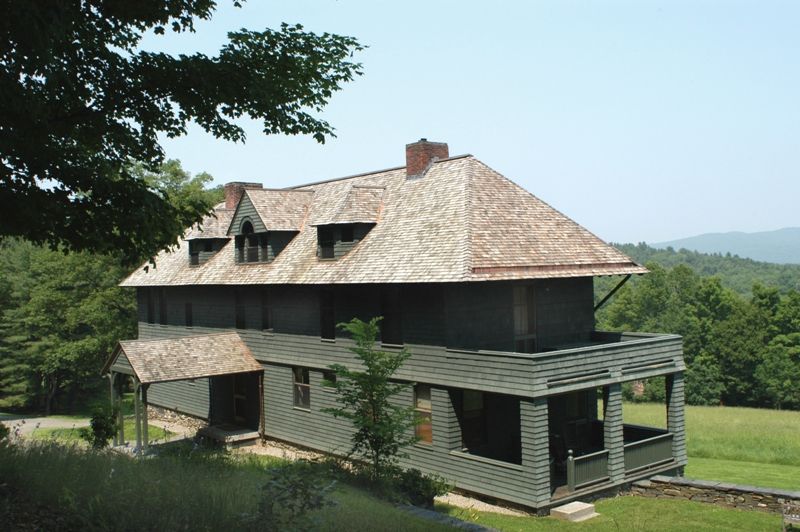 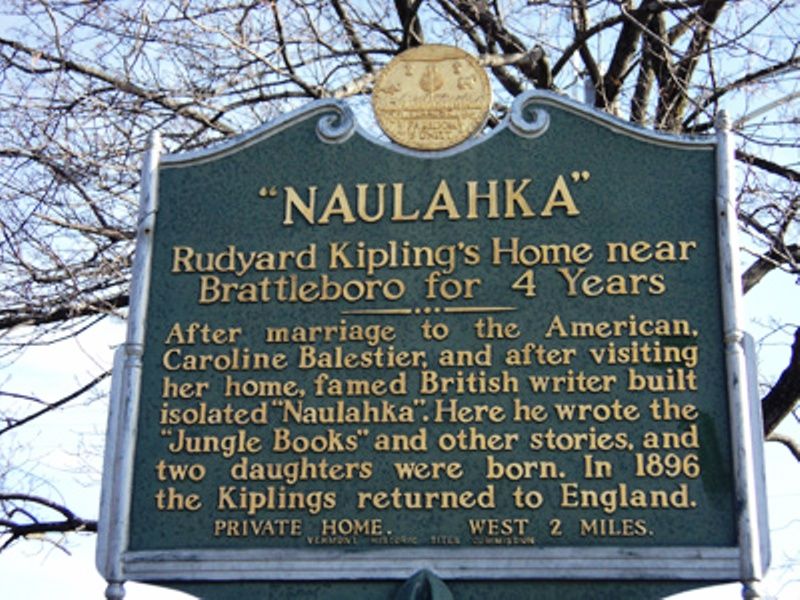 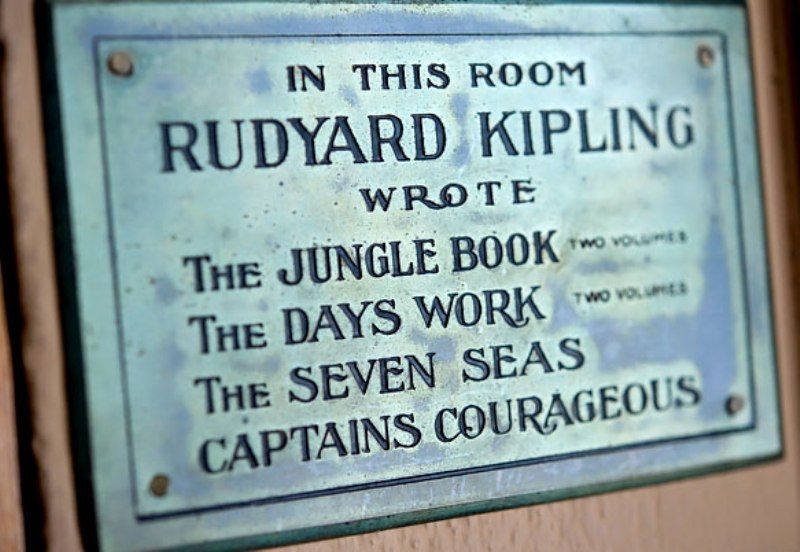 Kipling was good friends with Wolcott Balestier, an American Writer, and Editor, and in January 1892, he ended up marrying Wolcott’s sister Caroline “Carrie” Balestier. The couple built their dream home, called “Naulakha,” in Vermont, and it was there that he wrote The Jungle Book.
Images: ptvermont.org, williamkentkrueger.com, nytimes.com

4. Kipling Wrote The Book For His Daughter 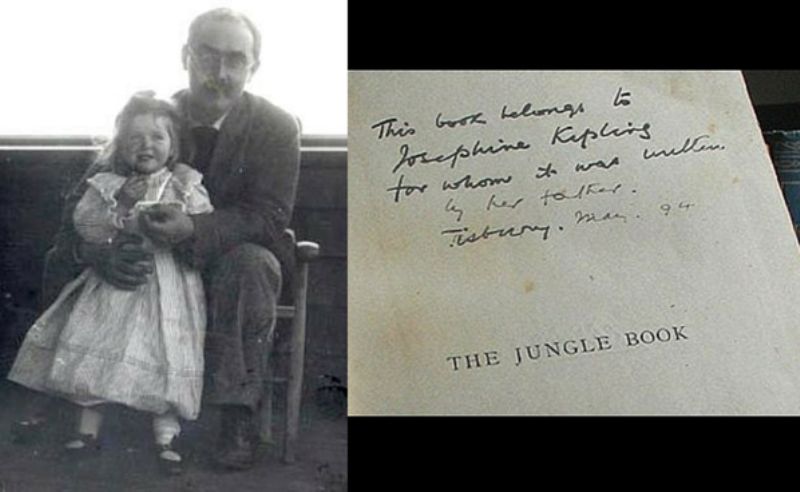 Kipling had started the initial drafts of The Jungle Book around the time he and his wife were expecting their first child, and in 1892, daughter Josephine was born. In a special copy of The Jungle Book to his daughter, Kipling wrote: “This book belongs to Josephine Kipling for whom it was written by her father, May 1894.” Sadly, Josephine only lived for six years, and in 1899, she died of Pneumonia; a loss Kipling never fully recovered from.
Image: cloudfront.net

5. Kipling Never Visited The Jungle Mentioned In The Book! 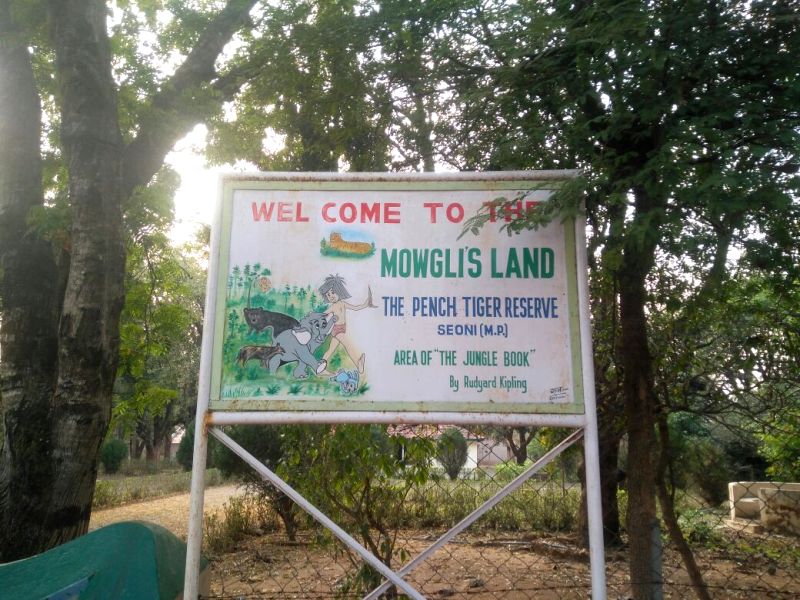 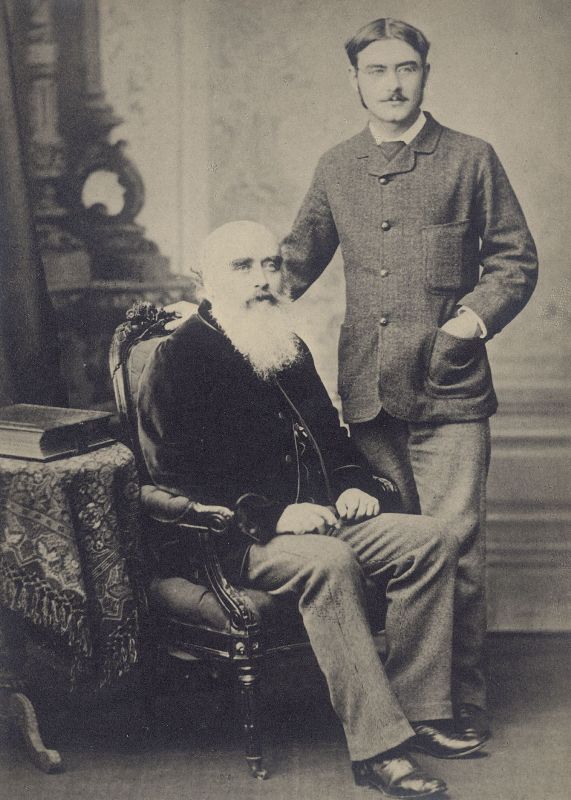 Rudyard Kipling’s father, John Lockwood Kipling, was an illustrator, art teacher, and museum curator. His father provided some of his sketches of Indian animals to him, which were later included in The Jungle Book.
Image: thekeep.info

7. Mowgli Is Not The Main Character!

The story of Mowgli is one of the short stories in the 1894 anthology The Jungle Book. Besides the story of Mowgli, there are other popular stories in the book; one such story is of “Rikki-Tikki-Tavi,” which also emphasizes the relationship between the animal world and the human world. In this case, a mongoose fights a pair of deadly cobras to protect a family of humans.
GIF: imgur.com

The first movie based on The Jungle Book came in 1942, but the best-known adaptation up until now was the 1967 animated Disney tale.
GIF: i1.wp.com

Disney transformed the stories of The Jungle Book into a feel-good family musical. One of its songs, “The Bare Necessities,” was even nominated for an Academy Award.
GIF: tumblr.com 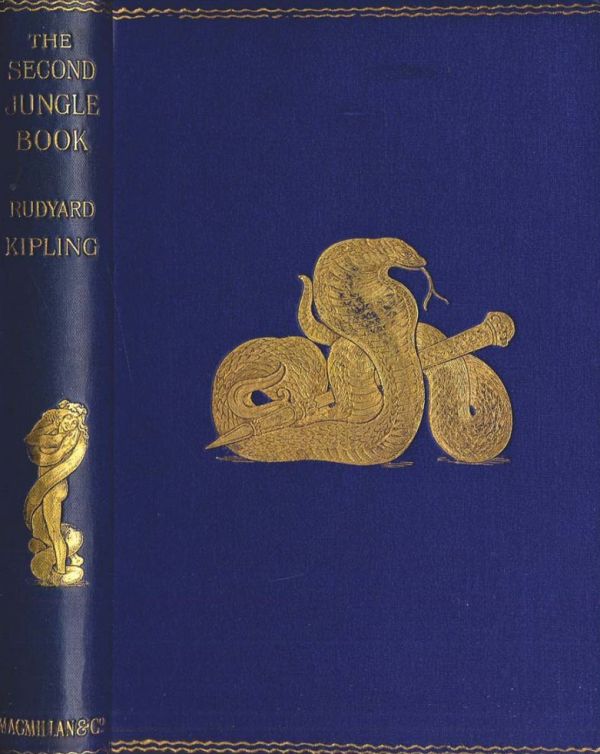 There is another Jungle Book by Rudyard Kipling, The Second Jungle Book, which followed in 1895. The book includes five further stories about Mowgli.
Image: tumblr.com 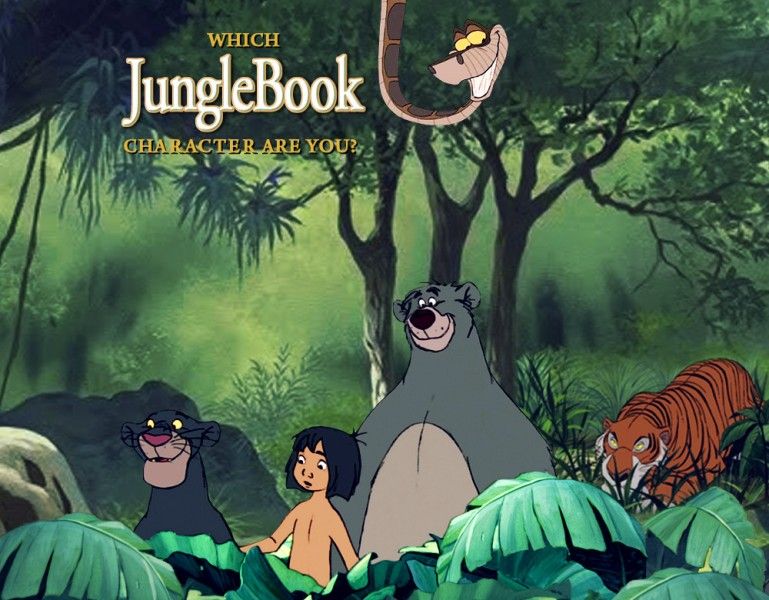 The tales in the book are, in fact, fables, using unique animal characters in an anthropomorphic manner to teach moral lessons. Some of the familiar animal characters are Akela (a wolf), Bagheera (a black panther), Baloo (a bear), Bandar-log (a tribe of monkeys), Hathi (an Indian elephant), Kaa (a python), Raksha (the mother wolf who raised Mowgli), and Shere Khan (a tiger).
Image: pictures.zimbio.com

While the Disney movie represented Kaa as a villain, in Kipling’s Jungle Book, Kaa was an ally to Mowgli who helped rescue him from monkeys.
GIF: i.gifer.com

13. Each Story Is Followed By A Poem

The Jungle Book is arranged in different chapters. Each chapter has a story, which is followed by a poem that serves as an epigram.
GIF: s.yimg.com

14. A Reflection Of Kipling’s Own Childhood

The Jungle Book is mostly based on the teme of the abandoned and fostered child; similar to Rudyard Kipling’s own childhood experience; as when he was five years old, he had to spend his next six years at Lorne Lodge in Britain. The lodge was being run by the couple, Captain Pryse Agar Holloway and Sarah Holloway. In his autobiography, Kipling recalled the stay with horror.

Walt Disney died on December 15, 1966, during the production work of The Jungle Book. After closing the studio for a day, it was reopened again to continue work on his last film, which was released on October 18, 1967. The film went on to become the fourth highest grosser of the year.
GIF: tenor.com

The animal character of King Louie was not there in the book by Rudyard Kipling. It was created by Walt Disney for his film The Jungle Book (1967). King Louie is a Gigantopithecus, an ancestor of the orangutan whose range is believed to have included parts of India.
GIF: typeset-beta.imgix.net

Well, it’s both! In Jon Favreau’s film, The Jungle Book (2016), Kaa was portrayed as a female for the first time. In the 1967 film, Kaa was a male snake. Jon Favreau explained that he made the change because he felt there were too many male characters in The Jungle Book (1967).
GIF: pinimg.com

Jon Favreau’s film, The Jungle Book (2016) was released in India, a week ahead of its U.S. debut, to pay tribute to the Indian environment of the film/novel.
GIF: wp.com

19. When Bagheera Was A Female!

After Kaa, Bagheera was the second animal character whose gender was twisted. In the 1998 film, The Jungle Book: Mowgli’s Story, Bagheera was portrayed as a female.
GIF: gfycat.com

22. The Jungle Book vs Mowgli 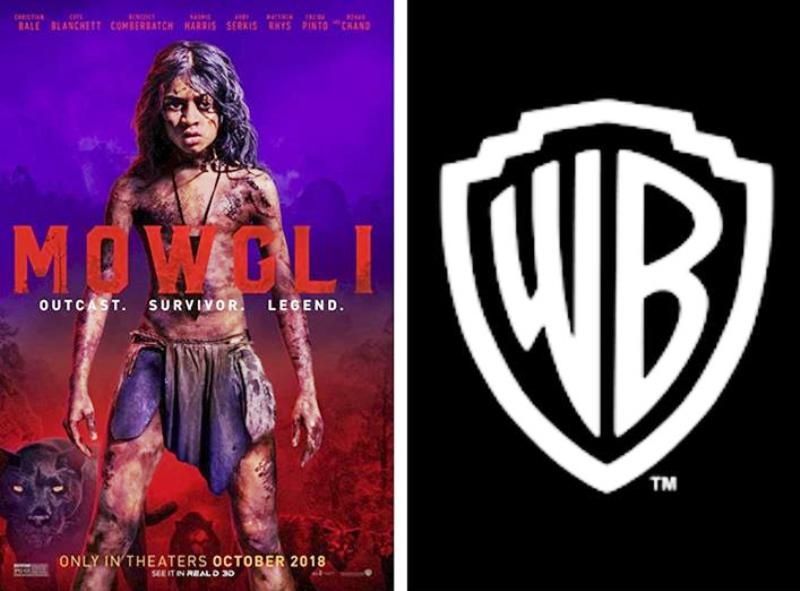 Disney’s film The Jungle Book and Warner Bros. film Mowgli were slated to be released in 2016. However, to avoid the clash, Warner Bros. moved the release date of Mowgli to October 19, 2018.
Image: linkonlineworld.com

Keerti - January 30, 2019
0
From throwing tomatoes in 'La Tomatina, Buñol' to running for your life against bulls in 'San Fermin, Pamplona'; Spain is the realm of crazy festivals. And,...