Considered to be a verbal revelation by God, the Quran is the holiest book for the followers of the world’s second most followed religion, i.e., Islam. Muslims swear by the holy book in their daily rituals. The book is so holy for the Muslims that they consider it equivalent to God. Besides being the holiest book for the Muslims, the Quran has many fascinating facts worth knowing. Let’s have some interesting facts about the Quran: 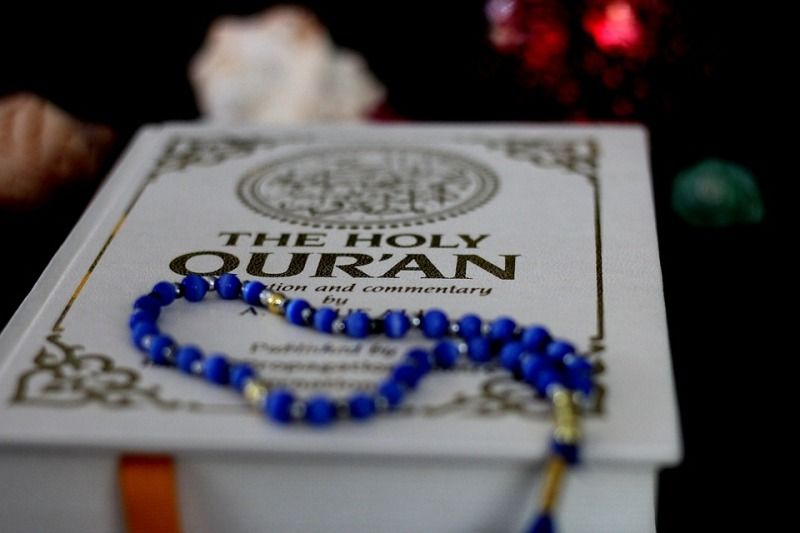 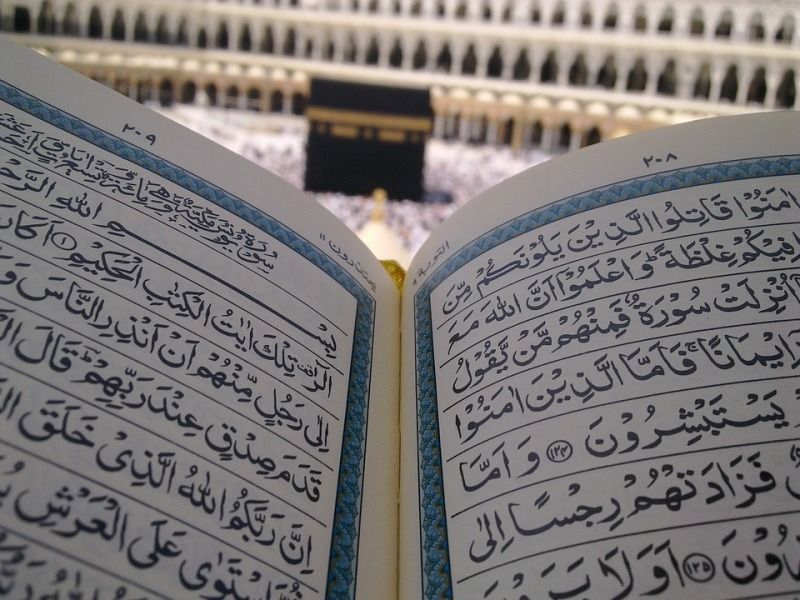 2. It Took A Long Time To Complete It 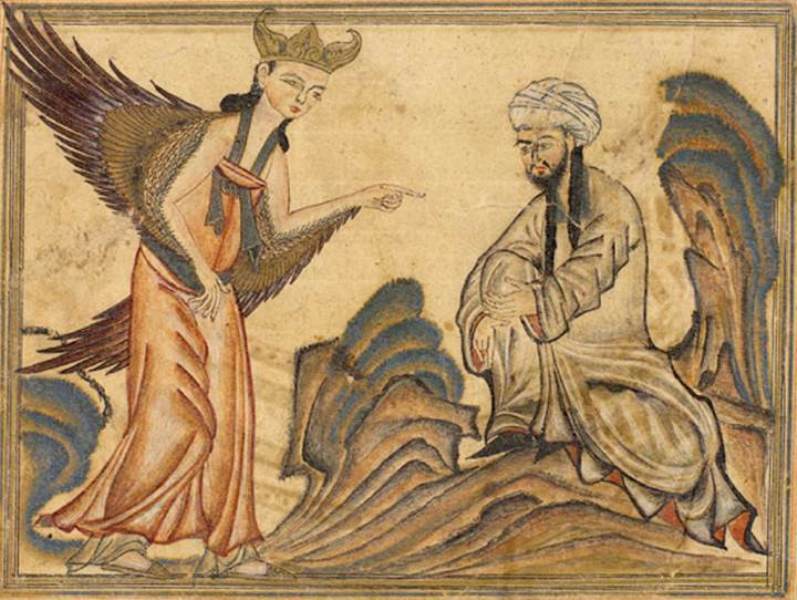 Muslims believed that the final Prophet Muhammad received the verbal revelations by God through an angel named Gabriel; gradually over a period of 23 years. Muhammad was 40 years old when he received the first revelation on 22 December 609 CE, which he went on to receive till his death in 632 CE.
Source: Wikipedia, Image: Wikimedia

3. Only A Few References Of The Word “Quran” In The Holy Book

The word “Quran” appears for only 70 times in the holy book. Although many other words and names are considered to be references to the Quran.
Source: islamicboard.com, GIF: tenor.com 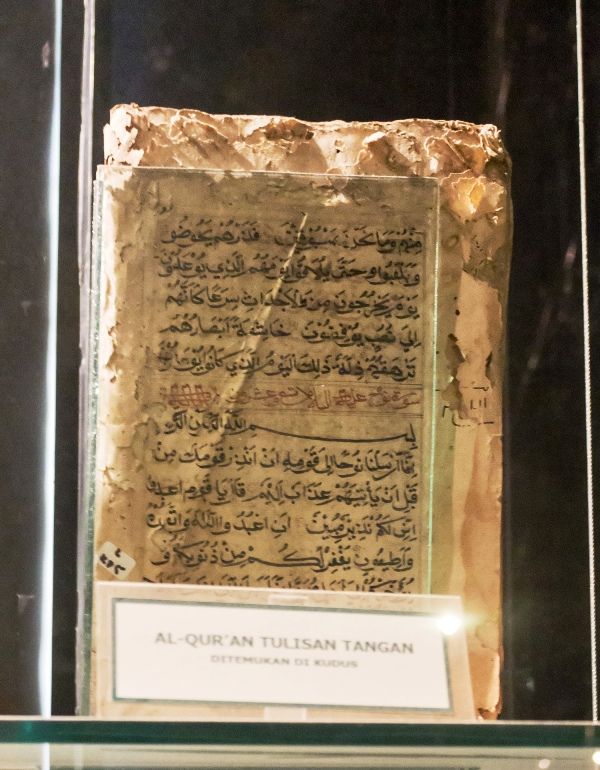 By the time of Muhammad’s death in 632, the Quran didn’t exist in the book form. It was Abu Bakr (the first caliph) who decided to compile the revelations in a book form; following Muhammad’s death. Thus, the credit, to give the revelations of the Quran a form of the book, goes to Abu Bakr and a group of scribes (most importantly Zayd ibn Thabit) who produced a hand-written manuscript having the collection of verses.
Source: Wikipedia, Image: Wikimedia

5. The Quran Is Inimitable 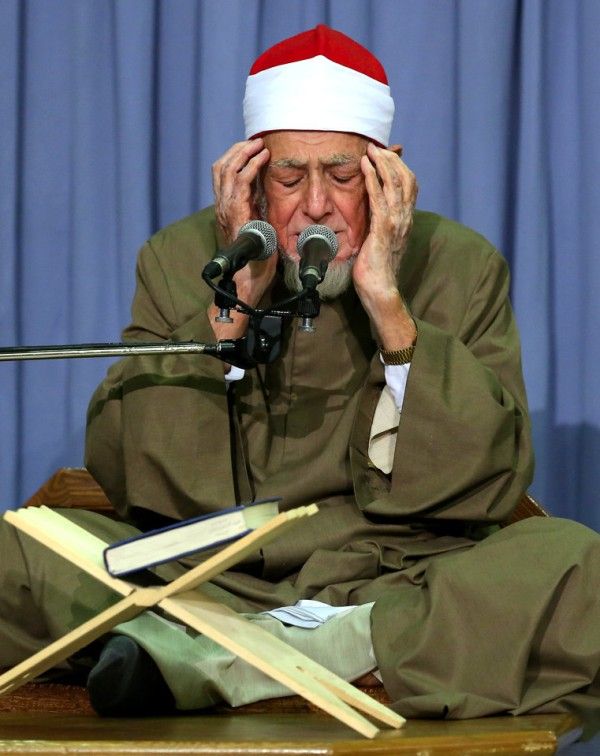 Muslims believe that the Quran is inimitable, i.e., no human speech can match the Quran in its content and form.
Source: al-islam.org

6. The Most Recited Verses Of The Quran 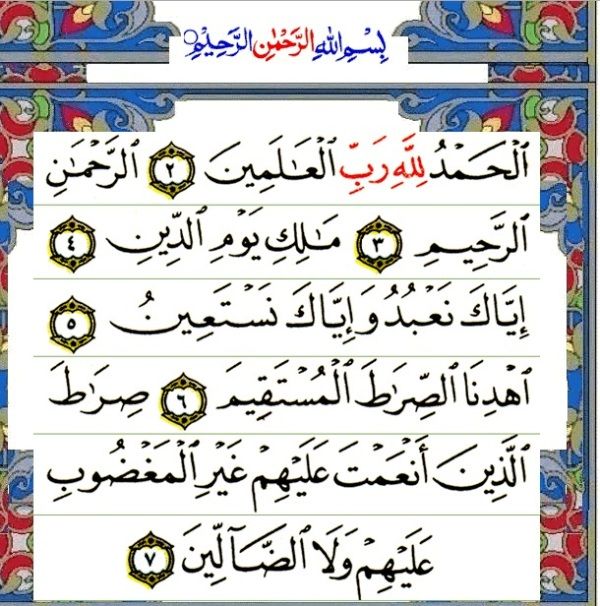 Although the entire holy book plays a significant role in the daily rituals of its followers, the first Sura, also known as “Surah Fatiha,” is the most recited and easiest surah of the holy Quran. The Sura, which consists of seven verses, is repeated in daily prayers and on other occasions:

Praised be God, Lord of the Universe, the Beneficent, the Merciful and Master of the Day of Judgment, You alone We do worship and from You alone we do seek assistance, guide us to the right path, the path of those to whom You have granted blessings, those who are neither subject to Your anger nor have gone astray.”

7. A Pivotal Source Of The Islamic Art 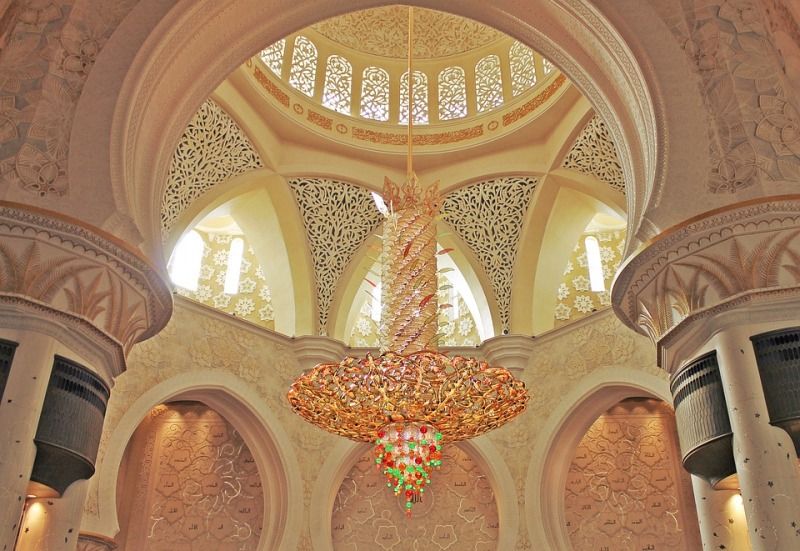 The Quran is considered one of the most significant sources, which gave rise to the development of Islamic Art and Architecture; specifically the so-called Quranic arts of calligraphy and illumination.
Source: islamic-arts.org, Image: Pixabay

Surah Yasin is considered the heart of the Quran for its tremendous benefits for the believer.
Source: seekersguidance.org

12. Best Drink & Food According To Quran

The best drink according to Quran is milk. In the Quran, Allah also describes the rivers of milk in Jannah. The best food is honey, which cures several problems and is the sweetest gift to humans from Allah.
Source: library.islamweb.net

13. The Holiest Day & Month In The Quran

Normally, the Quran declares Friday as the most blessed days of the week. Ramadan is the best month and the night of Layla-tul-Qadar has been described as a night better than 1000 months. Its significance is described in surah qadr.
Source: islamicity.org

The word “Bismillah” appears 114 times in the Quran. It occurs twice in Surah Namal whereas Surah Toba is the only surah which doesn’t begin with Bismillah.
Source: islamicknowledge2all.wordpress.com

15. Mosques In The Quran

Some noted scientists including the astrophysicist Nidhal Guessoum have highlighted the encouragement for sciences that the Quran provides by developing “the concept of knowledge.” It has been found that the Quran warns of the danger of conjecturing without evidence. A few verses of the Quran asks for proof in both assertions and rejections.
Source: Wikipedia

It seems that the Quranic text has a nonlinear structure; due to which they have no beginning, middle, or end. The textual arrangement in the Quran is sometimes considered to exhibit the lack of chronological order.
Source: submission.org

18. The Earliest Academic Activities Of Muslims

The commentary and interpretation of the Quran, also known as “Tafsir,” is considered one of the earliest academic activities of Muslims. Muhammad is considered the first person to describe the meaning of the Quranic verses for early Muslims.
Source: charismanews.com

19. It Believes In Life After Death

Quran believes in life after death. It teaches that besides having a body, a human being also has a spirit, and when a person dies, the physical body vanishes; while the remains.
Source: muslim.org

No one is allowed to touch the Quran or its any content except in the state of ritual purity in bathing or ablution (wudu). It’s also unlawful to touch the Quran after intercourse or menstrual bleeding, even if the book is in cover.
Source: speakingtree.in

When you are done with reading the Quran, it must never be left open. It’s your duty to enclose it on its cover; after you’ve finished reading the book.
Source: speakingtree.in

It is unlawful (haraam) to put the other books or any other thing above the Quran. The Quran should always be placed higher than any other book.
Source: assimalhakeem.net

23. Beware Of Carrying The Quran Into The Lavatory

If you want to earn the great sin, carry the Quran into a lavatory; as entering the lavatory carrying the Holy Quran is a great sin, it is Kufr (blasphemy).
Source: speakingtree.in

24. The Biggest Quran In The World