Thomas Jefferson, the third President of the United States of America, played a vital role in shaping American history. He was one of the most intriguing figures of the era. A man of the Enlightenment, he was ahead of his time with an astounding intelligence in multiple fields like politics, law, architecture, archaeology, paleontology, etc. You name it, and he aced the subject. Despite all of his distinctions, he was quite a mystery. Let’s unveil some of the interesting facts about Thomas Jefferson: 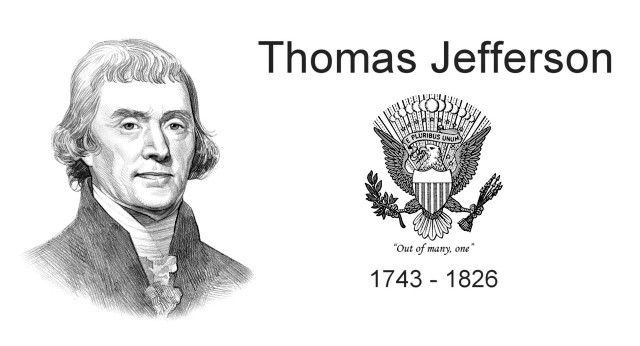 Thomas Jefferson can be credited with the crown of “America’s Renaissance Man” as he was one of the most proficient presidents of America. Apart from being a successful president, he was also an inventor, author, educator, lawyer, architect, and philosopher.
Source: americanhistory.about.com

Jefferson was a science enthusiast. Thomas Jefferson kept a record and drawings of all the plants and animals in Virginia. He loved to gaze and examine stars, planets, and comets. He loved technology and innovation, and one of his favorites was a rotating book stand which would hold five books at a time. It’s like having five windows open on your lappy.
Source: washingtonpost.com, image: custommade.com

3. He was a great grandfather 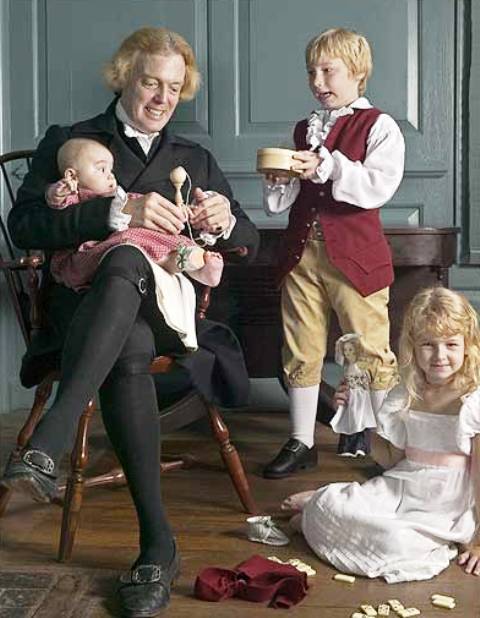 Thomas Jefferson is said to be a great grandfather. Many of his 12 grandchildren lived with him at the same time. Jefferson would often organize races on the lawn of Monticello for the kids and train them how to play chess Goose.
Source: washingtonpost.com, image: history.org

4. He was an early archaeologist

Jefferson had the bones of a mastodon- a 40 million years old animal that resembled an elephant. He used to lay the bones out in the present day East room to build a skeleton.
Source: washingtonpost.com

Jefferson really loved books and had a colossal collection of books. Can you guess how many? He had 6,487 books in his personal library which he offered as a replacement in 1814 when the original Library of Congress was burned to the ground by the British troops. In 1815, a new life was breathed into the Library of Congress with Jefferson’s book collection.
Source: wikipedia, image: wikimedia.org

6. He loved to write letters

Jefferson wrote an estimated 19,000 letters in his lifetime. He even made copies of them as he wrote using a polygraph machine.
Source: washingtonpost.com, image: flickr

7. Was quite a foodie 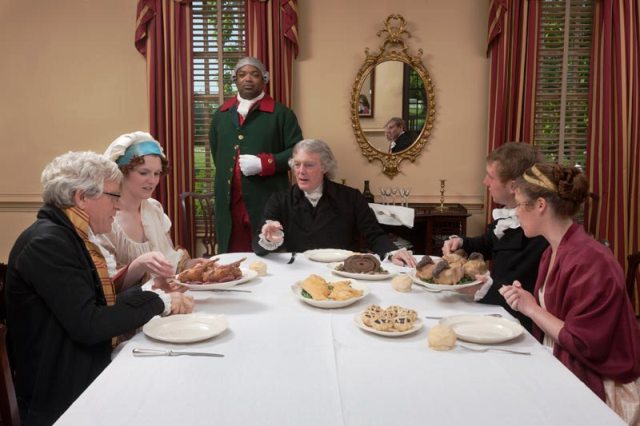 While Jefferson was in France, he fell in love with the French cuisines. He asked his slave, James Hemings, to learn how to make French cuisine and in return, he would be freed. Also, he loved vanilla ice cream which he probably first tasted while in France. He brought home the recipe, which is now in the Library of Congress.
Source: washingtonpost.com, image: history.org 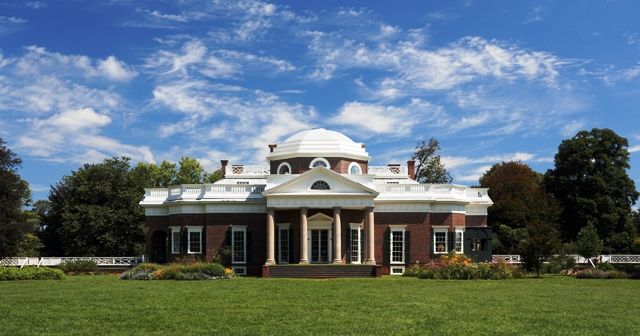 Jefferson was the architect of his home- Monticello. It took Jefferson around 40 years to finish the house’s 33 rooms on four floors. Most of the rooms were octagonal, as he loved the shape. The doors were rigged with a special handle so that two doors could be closed using just one handle. He had decorated the ceiling with skylights because he wanted to bring the beauty of the outside in.
Source: wikipedia, image: wikimedia.org 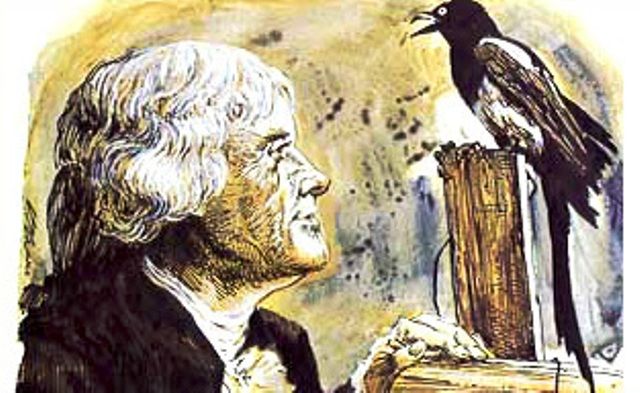 He loved to hear mockingbirds sing and used to keep at least four at a time. He named his darling bird “Dick.”
Source: washingtonpost.com, image: pinimg.com

For anybody who holds a post as prestigious as being the President of the US, the title would become a highlight of the life, something to be most proud of, but not in the case of President Thomas Jefferson. Things he was most proud of are inscribed at his grave. His Epitaph reads: “Here was buried Thomas Jefferson, Author of the Declaration of Independence, of the Statute of Virginia for religious freedom and Father of the University of Virginia.”
Source: washingtonpost.com, image: flickr

11. Author of the Declaration of Independence in 1776

In 1776, Thomas Jefferson wrote the Declaration of Independence, which declared the 13 British colonies free from the rule of the King.
Source: castle.eiu.edu, image: wikimedia.org

12. Credits for the University of Virginia

We need to thank Thomas Jefferson for the University of Virginia as he was the brain behind the idea and design of the University.
Source: wikipedia, image: wikimedia.org 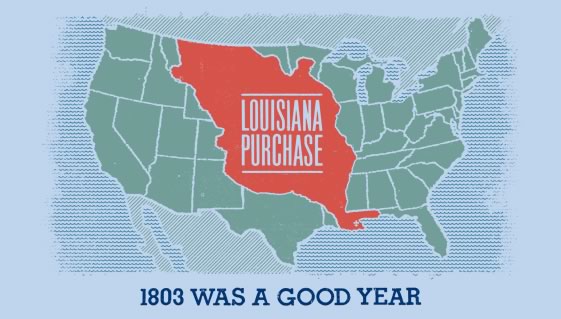 The much opposed Louisiana Purchase turned out to be the biggest political move of Jefferson’s life. After buying Louisiana, the size of the United States was more than doubled. The newly acquired land being rich in minerals opened various opportunities for growth.
Source: history.com, image: emaze.com 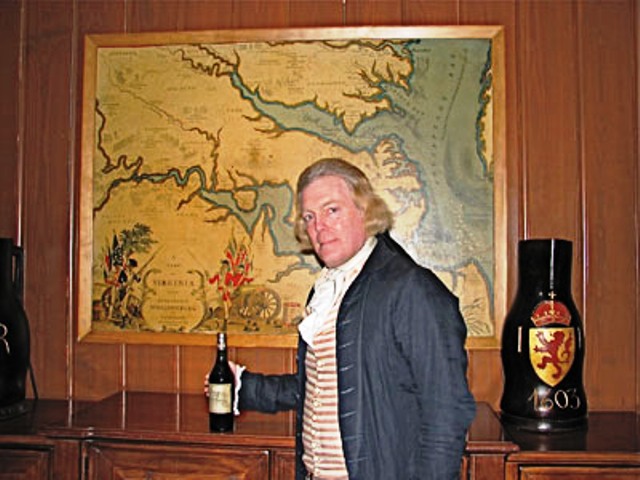 Among the other French delicacies, French wine was one of his favorites. After returning from France, he decided to have vineyards at Monticello too. Apparently, he used to experiment with it a lot and also used to promote wine as a substitute for whiskey and cedar.
Source: blog.constitutioncenter.org, image: thefiftybest.com 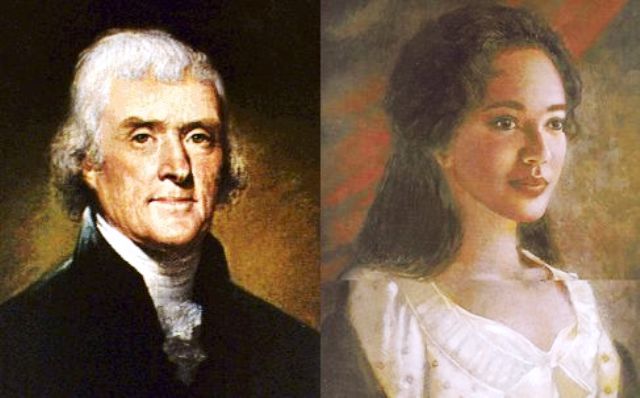 Recently it was discovered that Jefferson was the father of Sally Heming’s six children. According to the 1999 DNA tests, a descendant of the youngest son was found with a Jefferson gene. Some skeptics point out that the Hemings’ children were the only slave family who was freed after Jefferson’s death.
Source: americanhistory.about.com, image: pinimg.com 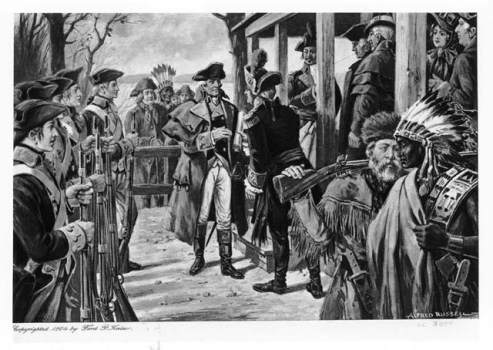 Though Jefferson was highly skilled at writing and conversation, though he was not that good at public speaking. Despite the fact that he wrote pretty great speeches, he was just not able to deliver them in front of a crowd and frequently started to mumble. This fear of public speaking made Jefferson a very private person who always tried to avoid the spotlight.
Source: toptenz.net, image: wikimedia.org

Jefferson was born and brought up as an Anglican but later became an opponent of all organized religion. Jefferson was a religious person but not an atheist. He even compiled and interpreted Jesus’ teachings. But the controversy came from the fact that he did not support that Jesus was divine. He even advocated separation of church and state.
Source: toptenz.net 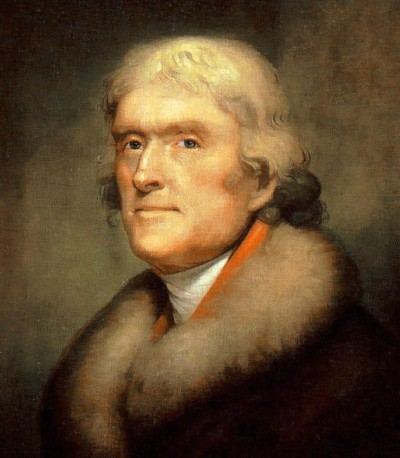 This president of United States rather had a poor dressing sense and used to wear clothes unfitting for a man of his stature. He was usually seen in a brown coat, red waistcoat, corduroy breeches, wool hose, and a pair of carpet slippers.
Source: toptenz.net, image: wikimedia.org

Jefferson being a Shakespeare’s admirer visited the home of William Shakespeare in 1786 with John Adams. He even brought back a piece of a chair from Shakespeare’s home as a keepsake.
Source: mashable.com, image: wikimedia.org

Shukla Sundeep - July 5, 2016
0
The famous tourist destination of Indonesia, the Lombok Island is located in the east of Bali. Geographically, Lombok is somewhat circular in shape with...