Eleven times World Champion, six times Olympic Champion, three times Laureus World Sportsman of the Year and triple world record holder, Usain Bolt is considered as the fastest man alive on the earth. Besides his speed, Bolt has many more things worth knowing. Here are some of the interesting facts about this Jamaican speedster: 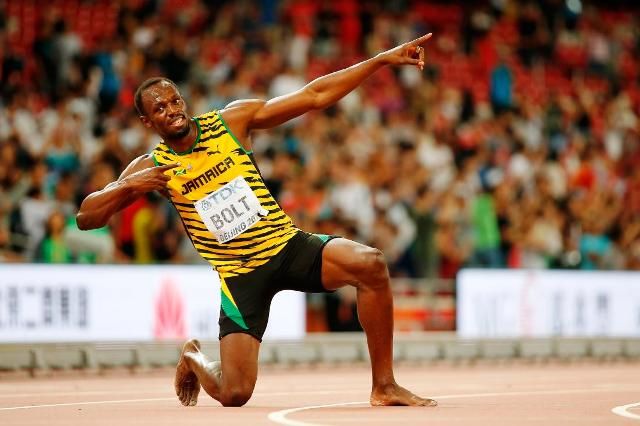 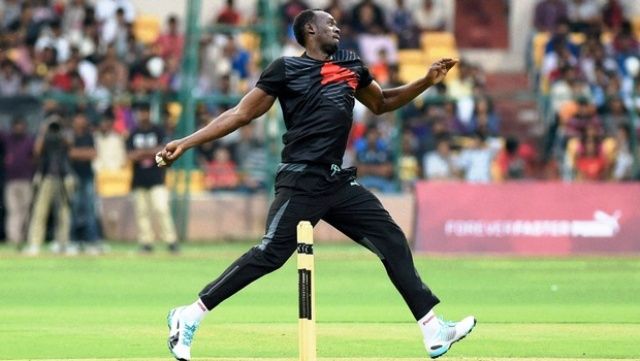 Usain Bolt is a big fan of Cricket since his childhood. In an interview, he revealed that he used to play Cricket along-with his brother on the streets of Jamaica.
source: wikipedia, image: newindianexpress.com

By completing 100 meter in 9.58 seconds in Berlin 2009, he holds the world record in the Track and Field event.
source: usainbolt.com

3. Bolt and his jokes

This sturdy Jamaican is also famous for cracking jokes and once he was detained by the police for his practical jokes and even his primary coach, McNeil sometimes got frustrated by his penchant jokes.
source: wikipedia

He is one of only nine athletes to win World Championships at the Youth, Junior and Senior level.
source: usainbolt.com

In the Track and Field, Bolt is considered as the highest paid athlete ever.
source: wikipedia

In 2012, Bolt’s own Apple app- The Bolt was launched and now it is available on the Google app store also.
source: sporteology.com, image: runblogrun.com

A lightning storm passed over the sky in New York during his record breaking stunt and hence media nicknamed him- Lightning Bolt.
source: wikipedia

Usain Bolt is a big fan of football and in an interview expressed about his desire to play for the Manchester United.
source: wikipedia

In a personal interview, Usain Bolt revealed that he would retire from athletics after the 2017 World Championships.
source: wikipedia

OhFact! - November 9, 2019
0
Amidst the summit of such a century where technology is expanding at an unparalleled speed and people are brooding over the possibility of a...