Home Places Venice: 17 Facts Which You Should Know!

Venice (Italian: Venezia) is a city in Northeastern Italy. Venice is made up of 117 small islands that are separated by beautiful canals and linked by marvelous bridges. Long hailed as the most spectacular city on Earth, there is no denying that Venice is overwhelmed with the admirers. Venice is renowned for its profound bliss. This is the city of flattering and suspect beauty. It is a place of somniferous eroticism and voluptuous beauty. Let’s know some intriguing and interesting facts about this city of dreams, Venice. 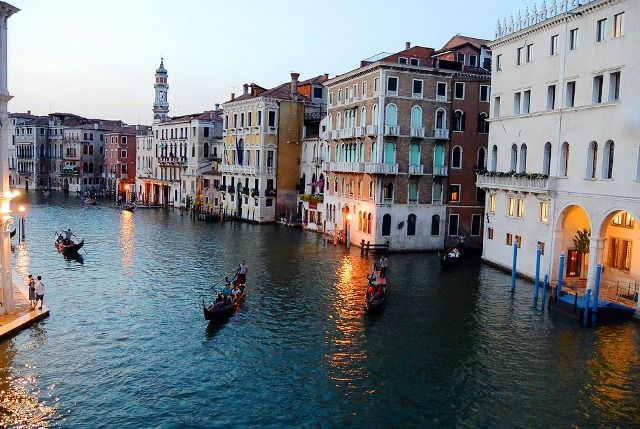 1. Used to be a powerful State in Europe: Republic of Venice

The Republic of Venice was a state in Europe that originated from the lagoon communities in the area of Venice, now northeastern Italy. It existed from the late 7th century AD until 1797, slightly over a millennium although it had a long history of war and conquest.
source: Wikipedia

Venice has many narrow streets. The narrowest street in Venice is called ‘Calletta’ or ‘Ramo Varisco’ and it is located on a side street near Campo San Canciano: it is one of the narrowest streets in the world because it measures only 53 cm wide at chest level.
source: www.monicacesarato.com

Venice is a renowned city for its canals. There are several canals around the city. The Grand Canal is one of them; this is the largest canals in the city. Public transport is provided by water buses and private water taxis, and many tourists explore the canal by gondolas. One end of the canal leads into the lagoon near the Santa Lucia railway station and the other end leads into Saint Mark Basin; in between, it makes a large reverse-S-shape through the central districts of Venice It is 3.8 km long, and 30 to 90 m wide, with an average depth of five meters (16.5 ft).
source: Wikipedia, image: Wikimedia 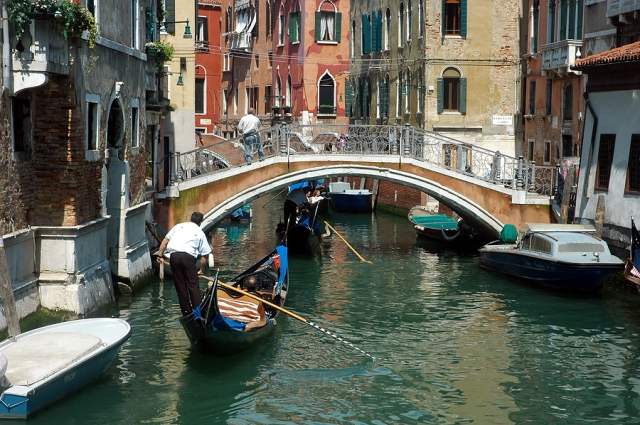 Venice is not car-oriented, but Gondola oriented. For centuries Gondolas have been dominating over the city that associates the city with the ancient tradition of Venice. Gondolas are one of the most recognizable symbols of Venice. Each Gondola is made of eight different kinds of wood. On average, Gondola is 11 meters long and it weighs almost 600 kilos.
source: blog.tourvia.me, image: www.njcharters.com

Venice is the city of bridges. There are 417 bridges in Venice and 72 of those are private. Bridges in Venice usually didn’t have steps on them since up until the 16th century many people were moving around on a horseback. Rialto Bridge is the oldest bridge of the City and one of the four bridges spanning the Grand Canal in the City.
source: blog.tourvia.me, image: Pixabay

Venice houses several ancient buildings. Many of them are hundreds of years old and some are thousands of years old. One of them is St. Mark’s Basilica, the oldest cathedral in the city built in 1094 A.D.
source: aviewoncities.com, image: Flickr 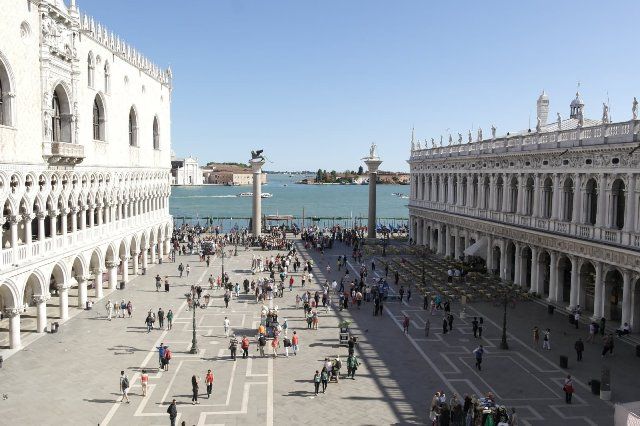 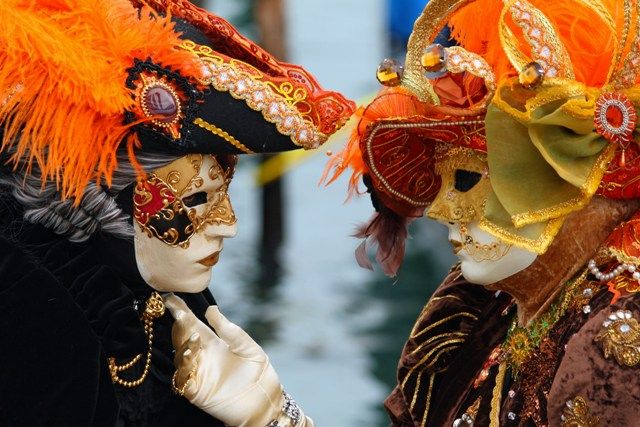 Venice celebrates the annual festival ‘Carnival of Venice.’ Carnival ends with Lent, a Christian celebration forty days before Easter, on Shrove Tuesday, the day before Ash Wednesday. The festival is world famous for its elaborate masks.
source: blog.tourvia.me, image: www.wheremilan.com

9. The Trouble of Acqua Alta

Acqua Alta, literally it means higher water. It occurs when the tide is 9 cm above the normal level. It mostly happens as a result of an encounter between Sirocco and tides (Sirocco is a warm wind blowing from North Africa). Acqua Alta is a major problem for Venetian. Venice is sinking at the rate of 1-2 millimeters a year. There is a big engineering project called Mose that there will be a solution to this issue.
source: blog.tourvia.me, image: www.breitbandbild.de 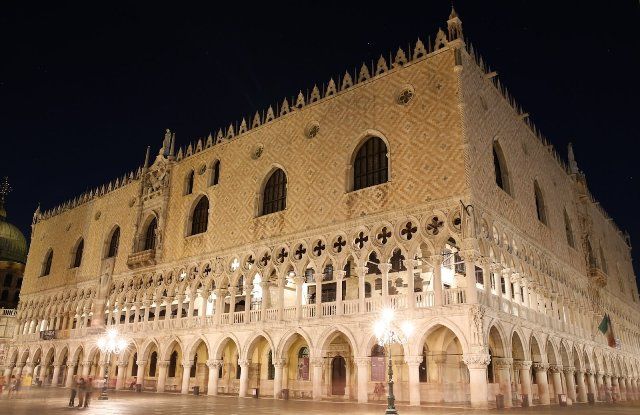 Doge’s Palace (Italian: Palazzo Ducale) is a Palace in Piazza San Marco 1 in the City of Venice. It was built in Venetian Gothic style, and one of the main landmarks of the city. The palace was the residence of the Doge of Venice, the supreme authority of the former Republic of Venice, it opened as a museum in 1923. Today, it is one of the 11 museums run by the Fondazione Musei Civici di Venezia.
source: britannica.com, image: www.askideas.com

The population of Venice dropped from over 120,000 to 60,000 over the last 50 years. Some Experts say that Venice will be the ghost city by 2030. It would be populated only by tourists that would come in the morning and leave in the evening. The constant sinking of town making the people move out of the city.
source: blog.tourvia.me

Venice has its own language, Venetian. People in Venice speak it, however, people are very fluent in Italian too. The Venetian language is not a dialect of the Italian language.
Source: kickassfacts.com

13. Venezuela Is Named After Venice

A country of South America, Venezuela is named after the Italian name of the city of Venice, ‘Venezia.’ Also, Venezuela means little Venice in Spanish.
Source: kickassfacts.com

14. History Of A Bell Tower

St Mark’s Campanile or the San Marco bell tower is 98.6 meters tall. The tower was built in the 12th century and collapsed in 1902. The tower was rebuilt and it is fifth tallest bell tower in Italy.
Source: worldstrides.com, Image: Picryl

15. The Oldest Casino In The World

Casino di Venezia or Casino of Venice is regarded as the oldest casino in the World. It was opened in 1638 and the building of the casino is also the final resting place of the German composer, Richard Wagner. The current building of the Casino dates back to 1950s.
Source: casinosource.ie, Image: Flickr

17. The City Is UNESCO Heritage

The whole city of Venice and its lagoon became the UNESCO world heritage site in 1987 due to its great history and architecture.
Source: whc.unesco.org

Do Not Despair, Have A Tour

OhFact! - November 29, 2019
0
Writing about Slovakia means pretty picturesque pictures all around. But besides the beautiful pictures of the country, what do we actually know about it?...