Vishwanathan Anand is the harbinger of chess in India. Without his maneuvers, it’s hard to imagine how chess would have advanced in the country. Every fire needs a spark, and the five-time world champion can solely be attributed to set off chess wildfire in India. He is a former World Chess Champion, the first chess icon from India, and is often regarded as the best rapid player of his generation. Let us find out some interesting facts about Viswanathan Anand: 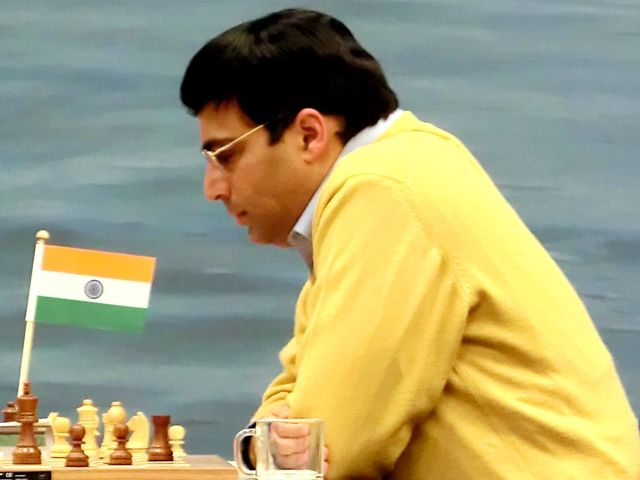 1. Born To A Chess-Playing Mother!

Viswanathan Anand was born on December 11, 1969, in Mayiladuthurai, Tamil Nadu. His father, Viswanathan Iyer, is a retired head of Southern Railways, and his mother, Susheela, was a Chess Player. He is the youngest of their 3 children and has a brother and a sister.
Source: Wikipedia 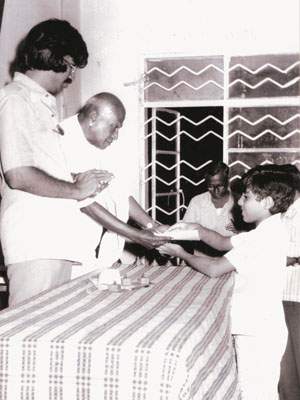 Anand did his schooling from the Don Bosco Matriculation Higher Secondary School, Chennai and holds a degree in Bachelor of Commerce from Loyola College, Chennai.
Source: Wikipedia, Image: forbesindia.com 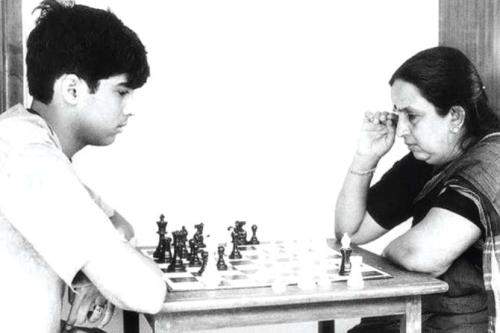 His chess interest developed at the age of 6, mainly because of his mother and a family friend, Deepa Ramakrishnan. Anand learned the game from his mother.
Source: Wikipedia, Image: mid-day.com

Anand is also known as “Vishy” and “Tiger of Madras;” because of his sheer domination in chess.
Source: chessbase.in 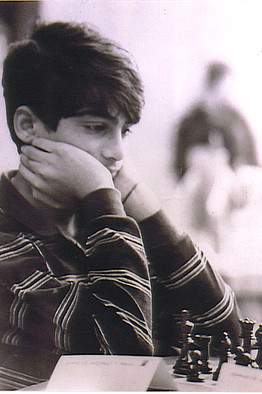 At the age of 14, he tasted his first success at the National level by winning the National Sub-Junior Chess Championship in 1983. Next year, he became the youngest Indian to win the title of International Master, and a year later, he became the national chess champion and repeated it a couple more times.
Source: rediff.com, Image: wsj.net 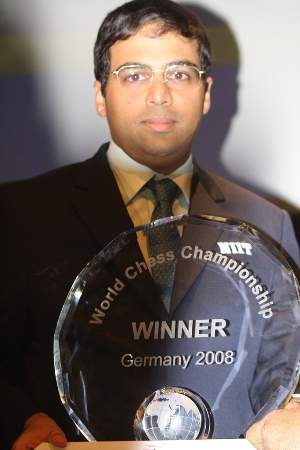 In 1987, he won the World Junior Chess Championship and was the first Indian to do it. And a year after became India’s 1st Grandmaster by winning the Shakti Finance International chess tournament in India.
Source: rediff.com, Image: Wikimedia 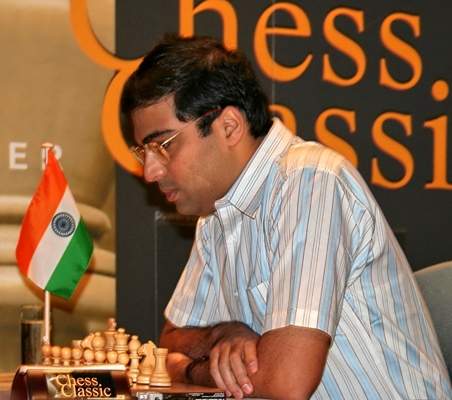 In 2000, Anand won the FIDE World Chess Championship for the first time after defeating Alexei Shirov in the final match; held in Tehran and became the first Indian to win the title.
Source: livemint.com, Image: wikimedia.org 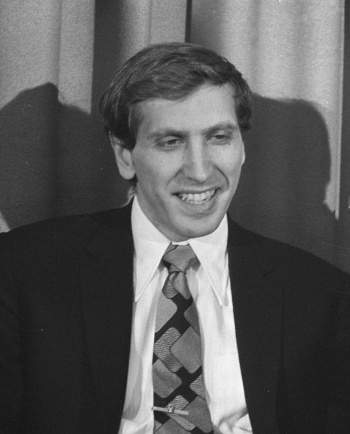 Anand attributes the late Bobby Fischer as the best chess player of all time.
Source: goldenchess.in

Anand has been making waves in the world of Chess since the mid-1980, he finally earned the No.1 ranking in the FIDE Elo rating in April 2007.
Source: mensxp.com 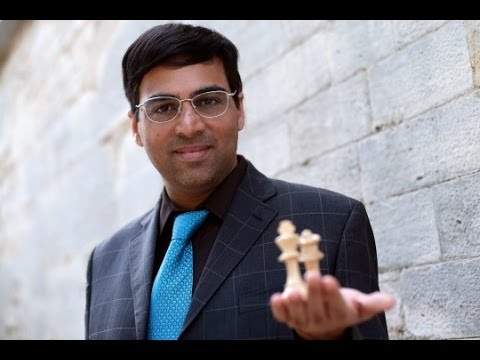 Anand dominated World Chess from 2007 to 2013 and won the World Chess Championship 5 times. With the rating of 5th and 2817 points in 2875 games, he’s one of the greatest ever.
Source: chessgames.com, Image: youtube.com 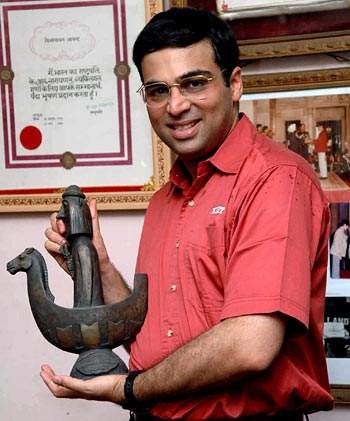 Anand wrote a book titled ‘My Best Games of Chess,’ to share his journey of chess. In 1998, he got the British Chess Federation ‘Book of the Year’ award for this book.
Source: tnq.in 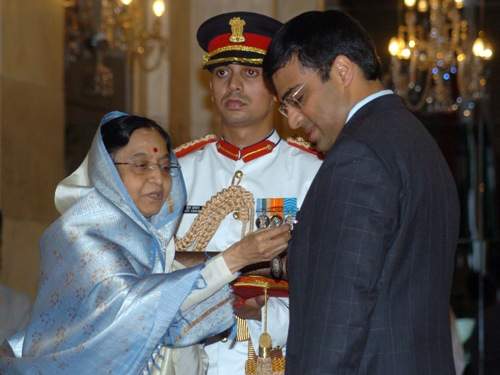 Being such a brilliant Chess player, awards are bound to come. Anand was awarded the prestigious Padma Shri at the age of 18. Viswanathan was the first Indian sports player in history to get the Padma Vibhushan award in 2007. He was also the first recipient of the Rajiv Gandhi Khel Ratna Award in 1991-92, India’s highest sporting honor.
Source: tnq.in, Image: photodivision.gov.in 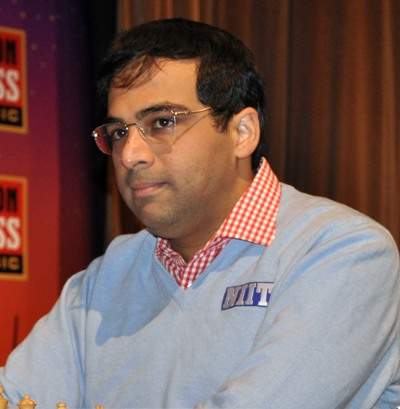 Anand has endorsed brands such as NIIT and has a net worth of around $3 million.
Source: Worldblaze.in, Image: wikimedia.org

Apart from Tamil and English, he is also fluent in French, German, and Spanish languages.
Source: chessbase.com

For his rapid moves in the game of Chess, he got the nickname “Lightning Kid”.
Source: hindustantimes.com, GIF: giphy.com 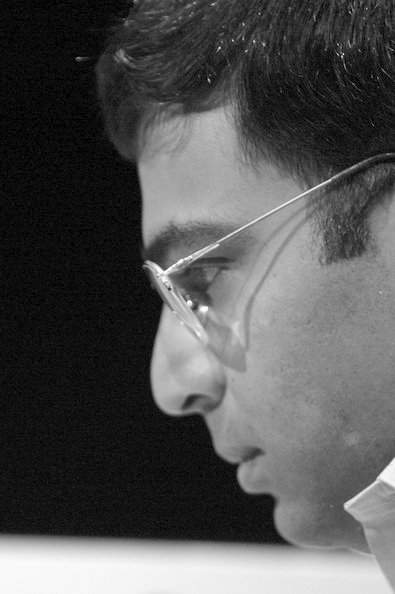 Anand has a wide range of interests apart from Chess. He has also a keen interest in Astronomy, and a book on astronomy written by Carl Sagan from the United States is his all time favorite. He is a huge history buff too. Now, he is also fascinated by statistics.
Source: deccanchronicle.com

19. Intuition Is His Best Trait 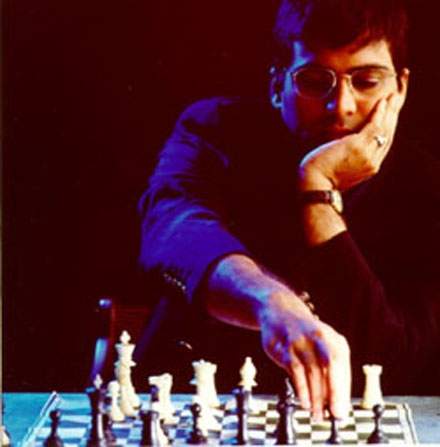 Call it intuition, a hunch, or a gut feeling- if we followed it, we just might be happier or a champion in Anand’s case. Vishwanathan Anand has admitted that intuition is his best trait.
Source: deccanchronicle.com, Image: goldenchess.in

20. One Of The Rare Legends

In April 2006, he passed the 2800 Elo mark on the FIDE rating list and became the fourth player to do so; after Garry Kasparov, Vladimir Kramnik and Veselin Topalov.
Source: chess-db.com

21. The Only Sportsperson To Be Invited For….

On November 7, 2010, when the then US President Barack Obama was on a visit to India, Anand was the only sportsperson to be invited for the dinner hosted by the then Indian PM Manmohan Singh.
Source: rediff.com

In the words of Lubomir Kavalek, a Czech-American chess player, Anand is the only player to have won the world chess championship in the tournament, match, and knockout format, as well as rapid time controls.
Source: huffingtonpost.com