It’s time to see how much you really know about the capital of the United States, Washington D.C. Apart from being a home to the entire federal government and the President of the US, it is one of the oldest cities in the United States. From the memorials, monuments, and museums to secret subways and missing streets we’ll explore all about the city and bring some surprising things about the Washington, D.C. Let’s dig up some interesting facts about Washington, D.C.: 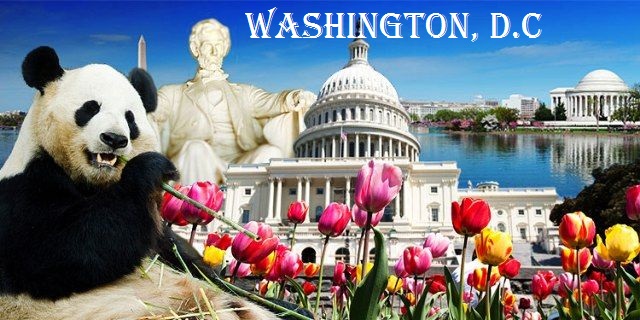 1. The first resident of the White House!

No! If you guys think that America’s first President has to be the first resident of the White House, you are wrong. George Washington never lived in the Washington D.C. because the White House was completed a year after he died and the second U.S. President, John Adams, was the first to live there.
Source: washington.org, image: wikimedia.org

2. A statue made of canons!

Yes! You read it right. The statue of Andrew Jackson in Lafayette Square across from the White House is partially made from British cannons that were taken in the War of 1812.
Source: washington.org, image: wikimedia.org

3. A library of epic proportions!

The Library of Congress is the largest library in the world with a collection of more than 160,000,000 objects. It contains 535 miles of bookshelves, and the Reading Room alone houses 45,000 reference books. The Library is based on the personal collection of President Thomas Jefferson, which contained more than 6,000 books.
Source: washington.org, image: wikimedia.org

The Lunar Rover, the vehicle used by astronauts on the moon was made by Boeing, the world’s biggest aircraft maker located in Washington D.C. Everett is the site of the world’s largest building, Boeing’s final assembly plant.
Source: awesomeamerica.com, image: wikimedia.org

The MLK Memorial which commemorates famous American civil rights leader, Martin Luther King Jr., is made in China by sculptor Lei Yixin. It is made out of 59 pieces of Chinese granite and was assembled in China and shipped over to the States.
Source: travel.allwomenstalk.com, image: Flickr 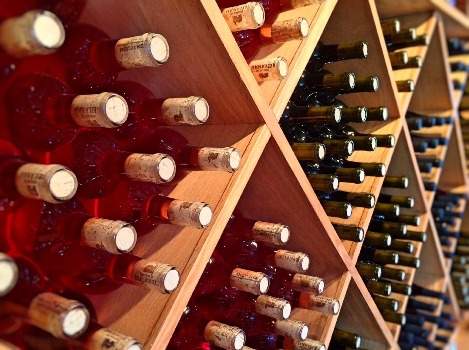 After a long day of working hard who doesn’t like to distress with a nice glass of wine. More wine is consumed in Washington D.C., than any state in the United States.
Source: rantlifestyle.com

8. The tallest structure in the world, not so tall anymore!

The Washington Monument was the tallest structure in the world when it was completed in 1884. But soon it was eclipsed by the Eiffel Tower, and numerous other taller buildings have sprung up since then. At 555 feet, the obelisk still remains the tallest object in D.C.
Source: washington.org

9. The curious case of White House!

If you’re in the White House and have to relieve yourself, you will only have a choice of 35 different bathrooms. As of 2013 figures, the White House has 6 levels, 412 doors, 147 windows, 28 fireplaces, 8 staircases, and 3 elevators. Re-painting the outside of the White House alone would require 570 gallons of paint to cover the exterior.
Source: Wikipedia 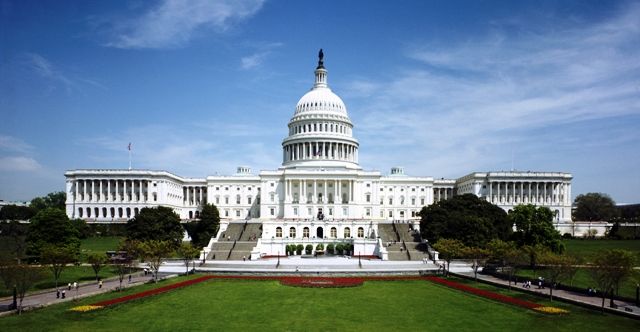 The construction of the Capitol was actually the first reality competition show. It was George Washington and Thomas Jefferson’s idea to have a contest in which the winning architectural designer would get a whopping $500. But after they didn’t like any of the 17 submitted designs they ended up accepting a bid from a Scottish doctor named William Thornton that came in after the deadline.
Source: quirkytravelguy.com, image: wikimedia.org

You would probably find a lot of license car plates in D.C. that say “Taxation without Representation” because the license plates are still decorated with this age old phrase that the colonies used during the Revolutionary War. As a matter of fact, D.C. residents still don’t have voting rights in Congress because the District was created as a seat of government and not intended for people to live in, although more than half a million people call it home today.
Source: list25.com Image: plateshack.com

No, this isn’t the official shopping mall of the Nation but a 146-acre stretch of lawn that ranges from the Potomac River to the Capitol Building. Many of Washington’s famed memorials and the Smithsonian’s museums and galleries enclose the Mall. The National Park Service maintains the grounds. It hosts political rallies, festivals and other events.
Source: factmonster.com, image: wikimedia.org

Who doesn’t hate to put up with the D.C. Metro during rush hour? But do you know there’s a private subway reserved for staff members only in the basement of the Capitol? Jealous, right? Imagine taking a subway around a 200-year-old building and passing every single state flag on your ride.
Source: travel.allwomenstalk.com

Imagine standing at the top of a 169 m tall monument and trembling in the wind. It might sound unbelievable, but on particularly windy days, Washington monument has been known to sway slightly in the wind. It will sway about .125th of an inch on a day when the wind speed is recorded at about 30 miles per hour.
Source: travel.allwomenstalk.com

15. Reach for the stars and hit the moon!

If you were ever fascinated with space and the stars, this might be your big chance to actually; I mean literally have a firsthand experience. No kidding! The Air and Space Museum, Washington, D.C. has a rock from the moon which is on display for visitors. You can really get your hands on some space action here.
Source: travel.allwomenstalk.com, image: Flickr

The cherry trees which embellish the streets in Washington D.C. when they blossom in the spring were actually imported during the early 20th century from Japan and was a “gift of friendship” for the people of the United States.
Source: metadornetwork.com, image: wikimedia.org

The streets of Washington D.C. are set-up in a grid-like pattern of letters and numbers. But you may or may not know that between the lettered streets of “I” and “K,” there is no “J Street.” When the colonists were planning the streets, the “J” alphabet wasn’t quite finished yet. The urban myths related to this missing street are much more entertaining, though. One of the stories goes on to say that the “J” Street was nixed because D.C. designer Pierre L’Enfant hated John Jay, the new nation’s first chief justice.
Source: Wikipedia

No dancing, singing or whistling around near any “public convenience station.” It’s possible getting a car ticket even in your driveway. Whaaaaat ? It’s illegal marrying your mother-in-law in the Washington D.C. Duh!
Source: dumblaws.com 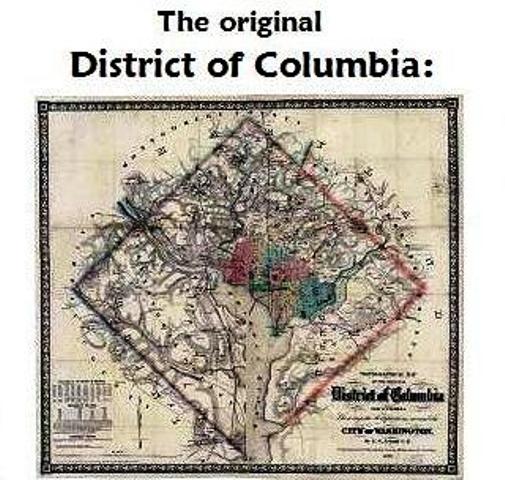 The diamond shape of the city was picked by George Washington. It was a perfect diamond shape spanning parts of Maryland
source: history.com, image: log24.com

20. The pivot of the United States!

Washington, D.C. is the center of all the 3 main branches of the Federal Government of the United States- The Congress, The President, and the Supreme Court.
Source: Wikipedia

Shukla Sundeep - September 29, 2015
0
Adolf Hitler- a name which brings all the nitty-gritty’s about the World War II and sums up the Holocaust. In the modern history, nobody...