Willis Tower, also known as the Sears tower, is the second largest tower in United States and 14th largest in the world. Located in Chicago, millions of people, each year, visit the observation deck to gasp with surprise as it shows a marvellous view of the city.
Here are some interesting facts about the tower which will make you aware of the tower, even if you’re sitting a thousand miles away. 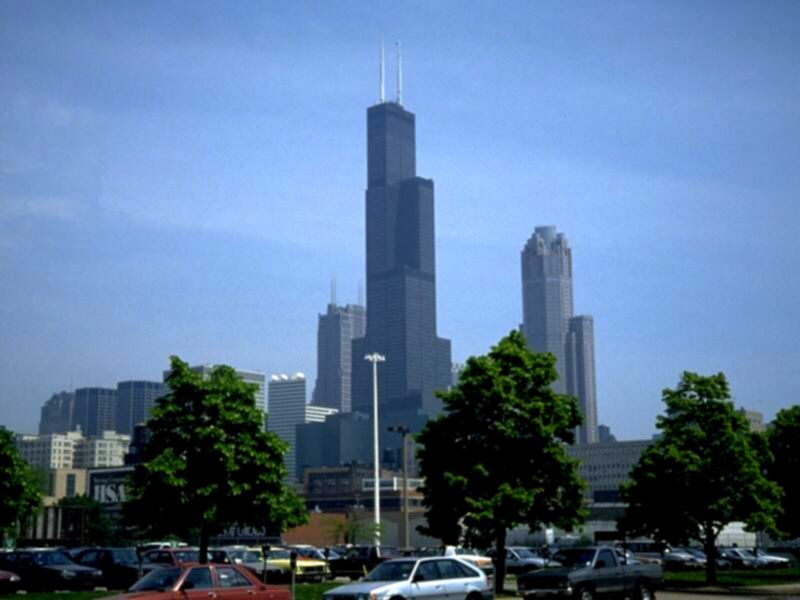 In 1973, Willis Tower broke the record for being the tallest tower, surpassing the World Trade Centre towers in New York and thus claiming the ‘tallest building in the world’ title.
Source: wikipedia 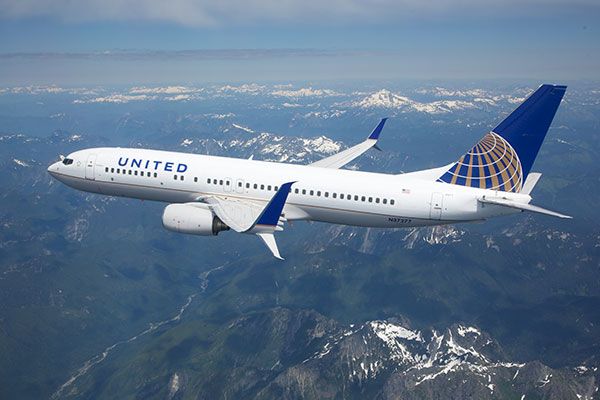 The building’s largest tenant is United Airlines and occupies about 20 floors with its headquarters and operational centres.
Source: wikipedia, Image: flyinghigh.com 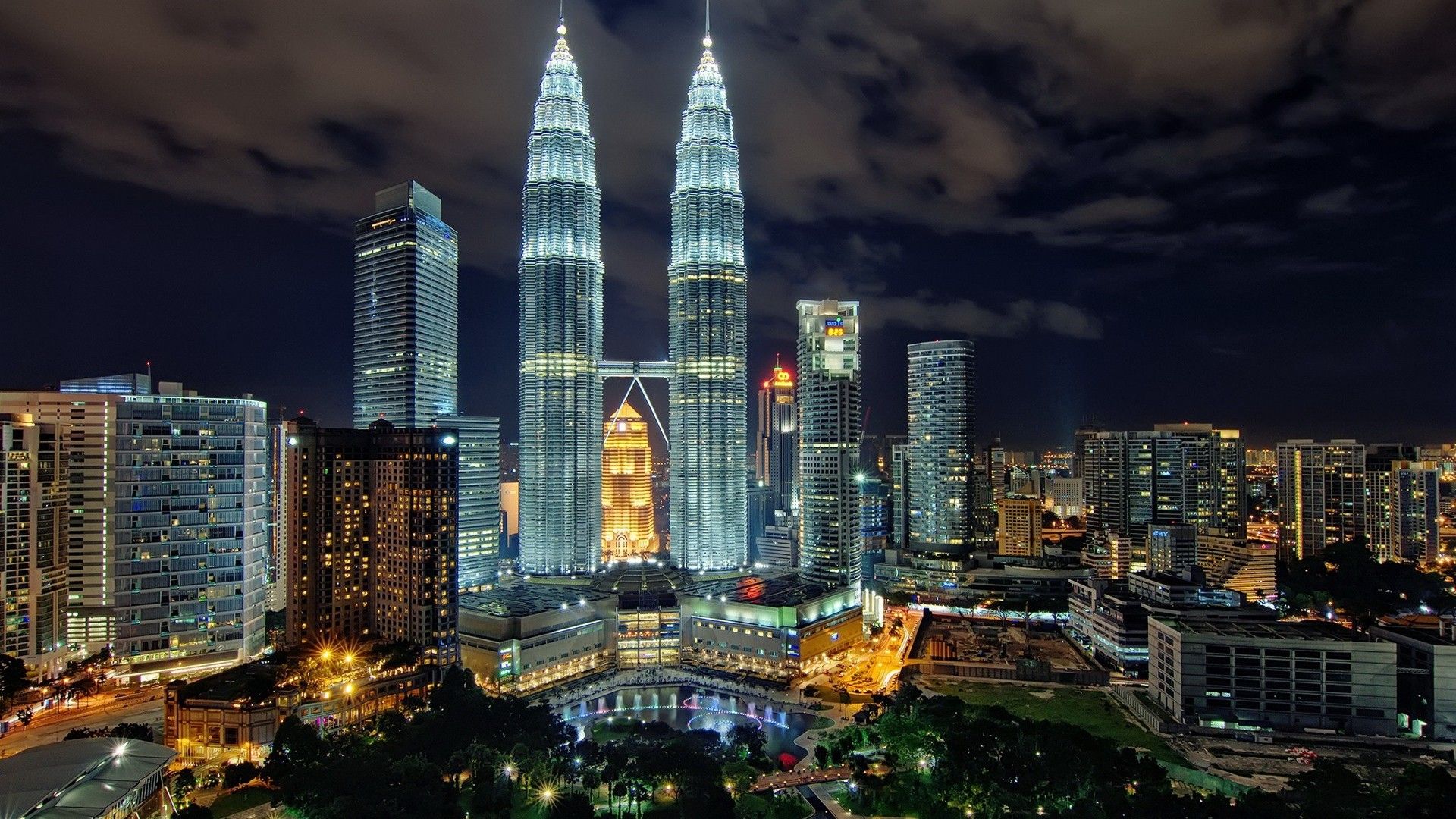 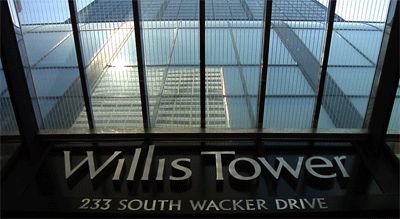 Sears Tower got the name Willis Tower in 2009 which it acquired upon the transfer of the property to Willis Group Holdings. Sears had actually lost the naming rights to the building in 2003, but the branding stuck around for another six years until Willis slapped its name on the tower.
Source: wikipedia, Image: willistower.org

Just after the name changing, Thousands of Chicagoans joined a digital movement to change the name back and over 50,000 signed the petition for the same.
Source: telegraph.co.uk 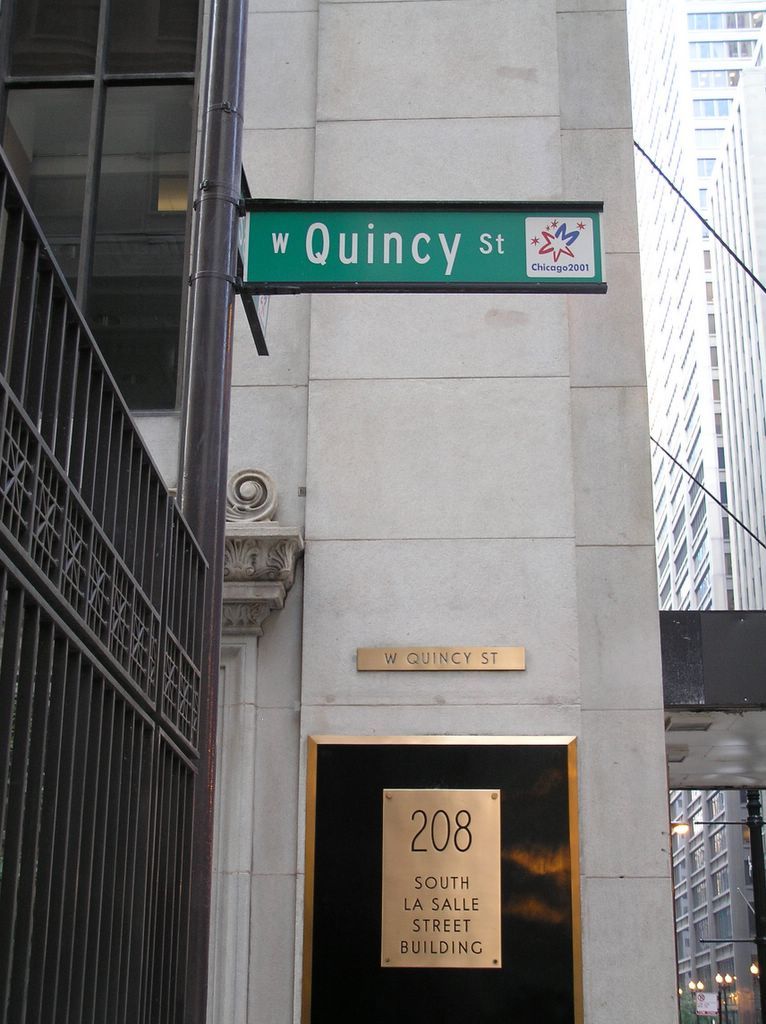 In order to build the tower, Sears purchased 15 buildings from 100 owners. But the problematic Quincy Street divided the lots the building was going to go up on. Sears paid further $2.7 million for the road and tore it down.
Source: dailymail.co.uk, Image: quincy.chicago.com 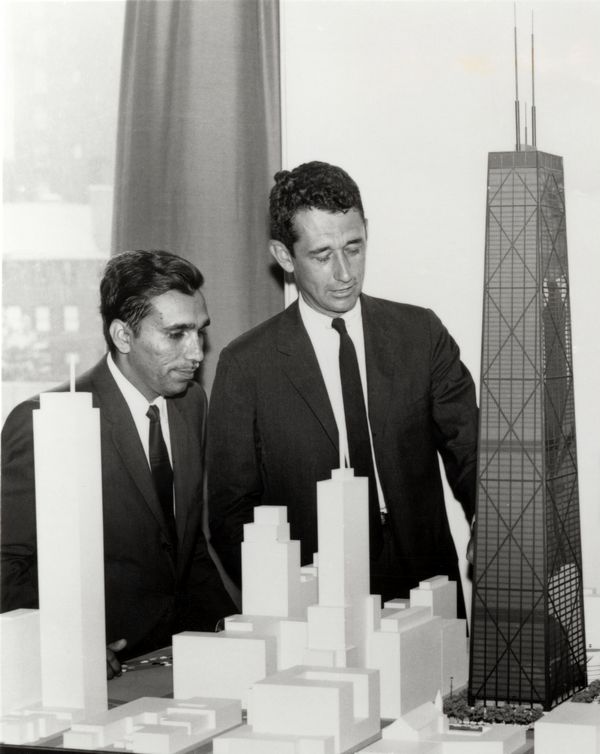 The inspiration of the towers was a pack of cigarettes which was thought over by Bruce Graham and Fazlur Rahman Khan over lunch.
Source: wikipedia, Image: archmag.com

Two lawsuits were filed against the construction of the tower to move up more than 67 floors because otherwise, television reception would deteriorate. At that time, 50 floors were already constructed.
Source: wikipedia 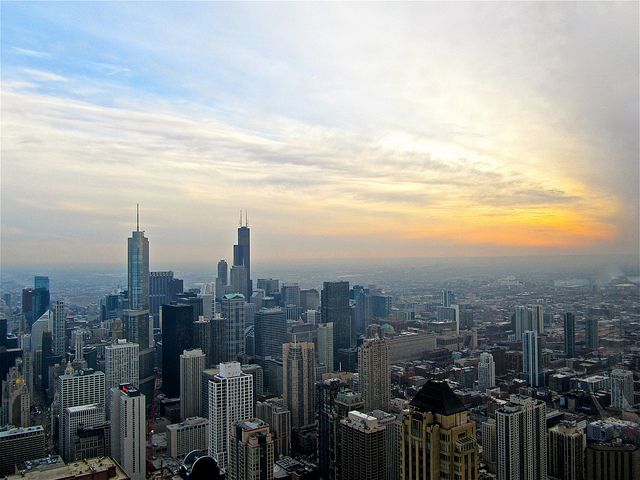 From the topmost floor, you can experience the view of not one but four cities: Chicago, Wisconsin, Michigan and Indiana.
Source: fox2now.com, Image: amazingchicago.co.in 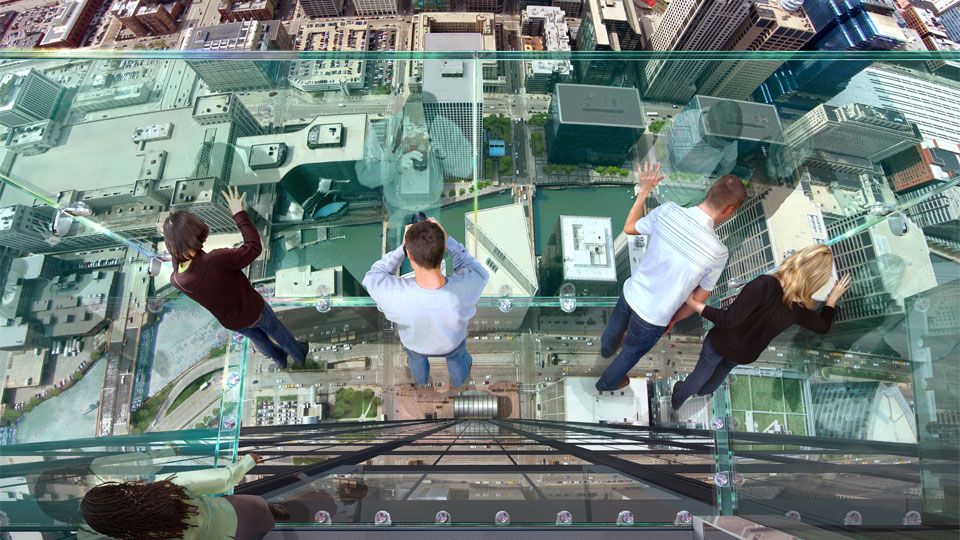 The tourists can actually experience the swaying on the tower from the observation deck on a windy day.
Source: wikipedia, Image: willistower.org

Elevators take tourists to the top in about 60 seconds, and allow tourists to feel the pressure change as they rise up.
Source: wikipedia

The Sky-deck competes with the John Hancock Centre’s observation floor a mile and a half away.
Source: wikipedia

On May 29, 2014, the laminated glass covering the floor of one of the glass boxes, popularly called “The Ledge”, shattered while visitors were sitting on it, but caused no injuries.
Source: wikipedia

On May 25, 1981, despite several attempts by the Chicago Fire Department to stop him, Dan Goodwin, wearing a homemade Spider-Man suit made the first successful outside ascent of the Sears Tower. Goodwin stated that the reason for “trespassing” was to call attention to shortcomings in high-rise rescue and firefighting techniques.
Source: wikipedia

In August 1999, French Alain “Spider-man” Robert, began to climb the building’s exterior glass and steel wall all the way to the top by just using his bare hands and feet. A thick fog settled in near the end of his climb, making the exterior of last 20 stories slippery.
Source: wikipedia