We all have read a lot about the first ever global war in the history of this planet, i.e. World War I. Every time it brings up a horrific image of bloodbath and destruction. It saw the financial meltdown of Britain and the United States emerging as a superpower. The war that lasted for more than four years, had also led to the creation of many new countries. Besides being one of the bloodiest wars in the history of humankind, the First World War has many fascinating facts worth knowing. Let’s explore some interesting facts about the First World War: 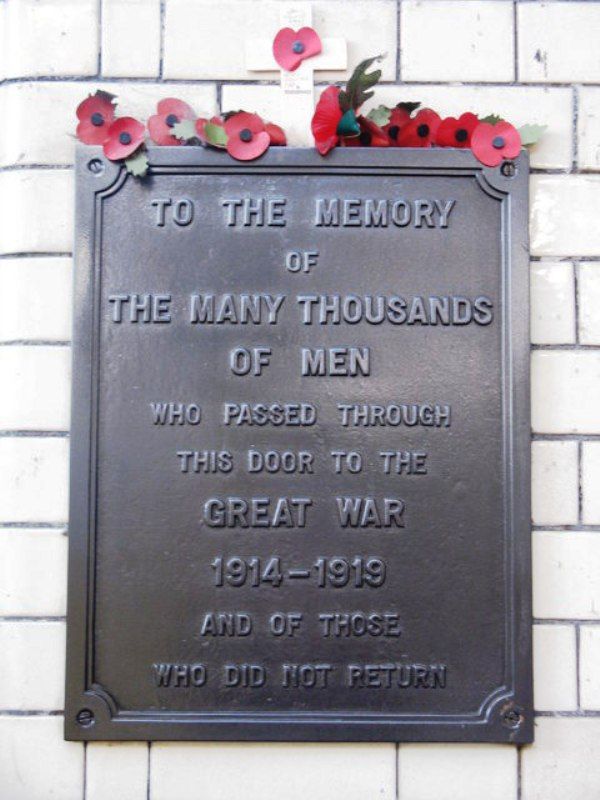 For being one of the deadliest wars in the history of humankind, the First World War has been given the sobriquet of “The Great War.”
Source: history.com, Image: geograph.org.uk 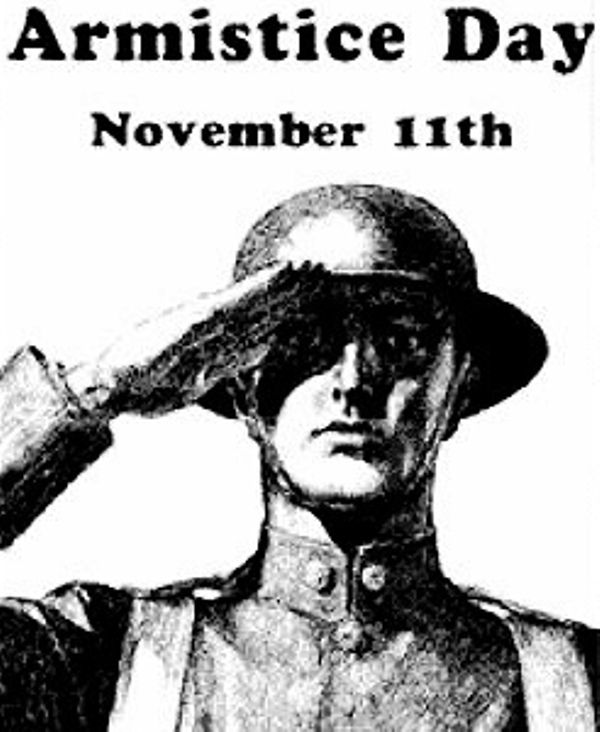 3. The Assassination, Which Caused The War 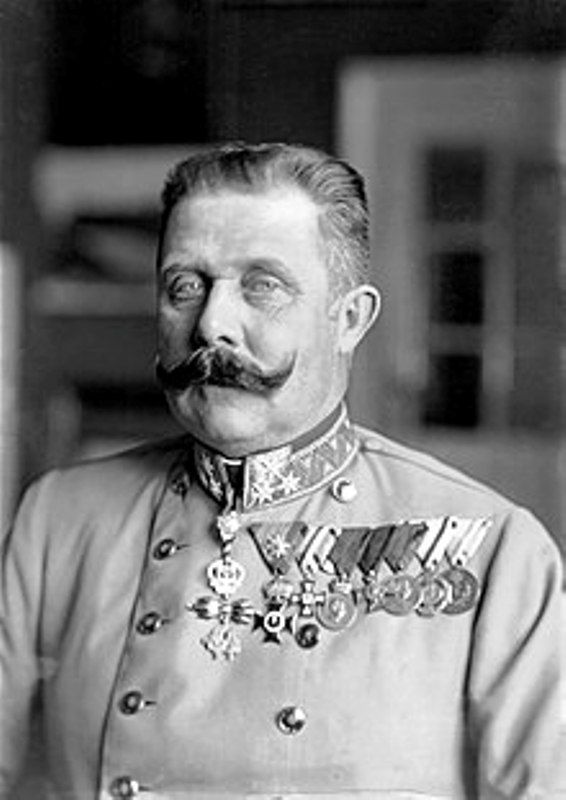 The First World War was started after Austria-Hungary declared war on Serbia; caused by the assassination of Archduke Franz Ferdinand of Austria-Hungary by Gavrilo Princip, a Bosnian Serb.
Source: cnn.com, Image: Wikimedia

4. A Pigeon That Saved Many Lives

Shocking right? However, as strange as it may sound, the fact remains that a brave pigeon called ‘Cher Ami;’ even after being shot through the chest, losing a leg and an eye, delivered a message that saved 500 men during the war. She was awarded Croix de Guerre for bravery.
Source: theguardian.com, Image: wikimedia.org

5. An Explosion In France; Heard In London

Besides the muds and trenches, a war was also going on under the soldiers’ feet. A team of miners, operating in a confidential manner, had dug tunnels even up to 100ft underground, and the explosions at Messines Ridge in Belgium were so loud that they could be heard 140 miles away in London.
Source: nationalgeographic.com, GIF: kinja-img.com 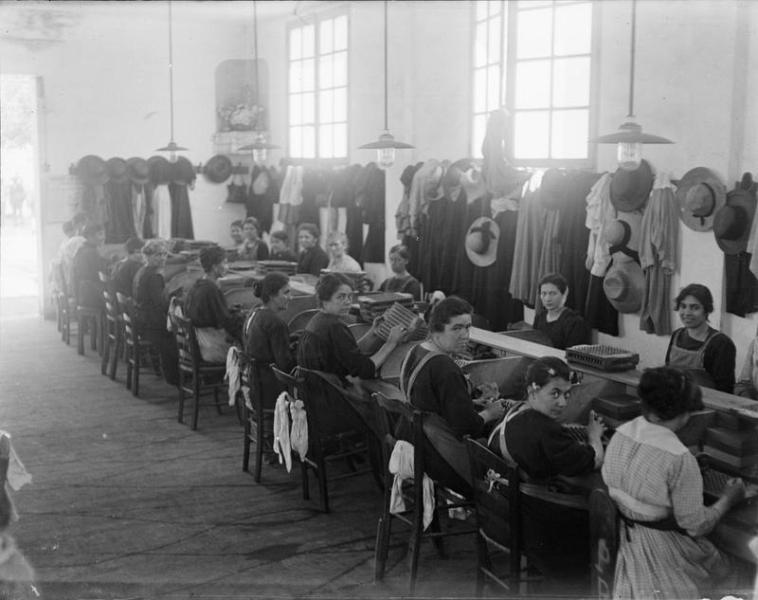 The freedom of “Press” was so diminished during the War that it had witnessed its least rank. No reporting on the War was allowed, and if any journalist was to be found indulging in the war reporting, he/she would be awarded the death sentence.
Source: bbc.co.uk, Image: Wikimedia

Teddy Roosevelt volunteered to serve in World War I; ten years after having served as the U.S. President.
Source: Wikipedia, Image: Wikimedia

Women’s skin turned yellow during the war as they suffered from toxic jaundice. During the War, many women joined the workforce and worked with TNT, a dangerous chemical. These women who worked with TNT were known as “canary girls.”
Source: history.co.uk, Image: Wikimedia 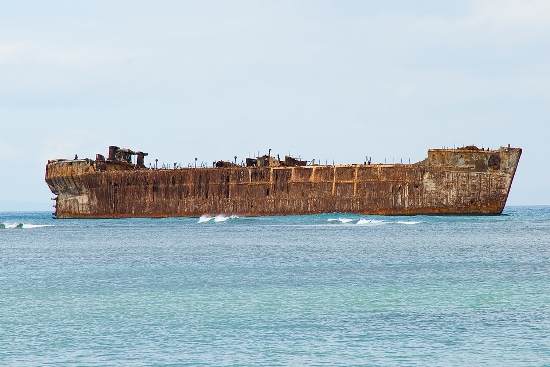 WWI and II witnessed a shortage of steel, which resulted in ships being built with concrete. 10 of those ships are still afloat in a small coastal town of British Columbia.
Source: concreteships.org, Image: warhistoryonline.com 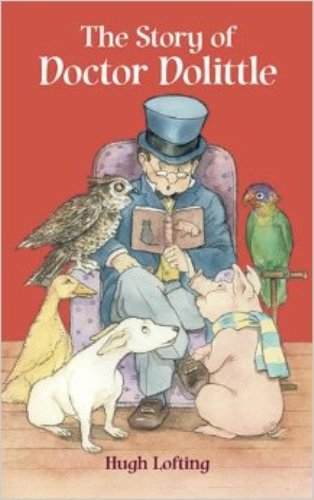 To keep his children away from the horrors of trench warfare during the world war I, Hugh Lofting started writing imaginative letters, which we now know as Dr. Doolittle’s stories.
Source: Wikipedia, Image: amazon.com

During the War, British tanks were designated as “Male” or “Female.” Heavy tanks with cannons were Male while the lighter ones with multiple machine guns were Female.
Source: neatorama.com, Image: Wikimedia

Don’t confuse them with the name of streets. These were the names given to the trenches dug during the war. Zigzag trenches for almost 25,000 miles were dug on the western front. Germans had better trenches and were superior to those of allied; built with shuttered windows and doorbells. Pilsen trench was one of them.
Source: express.co.uk, Image: Wikimedia 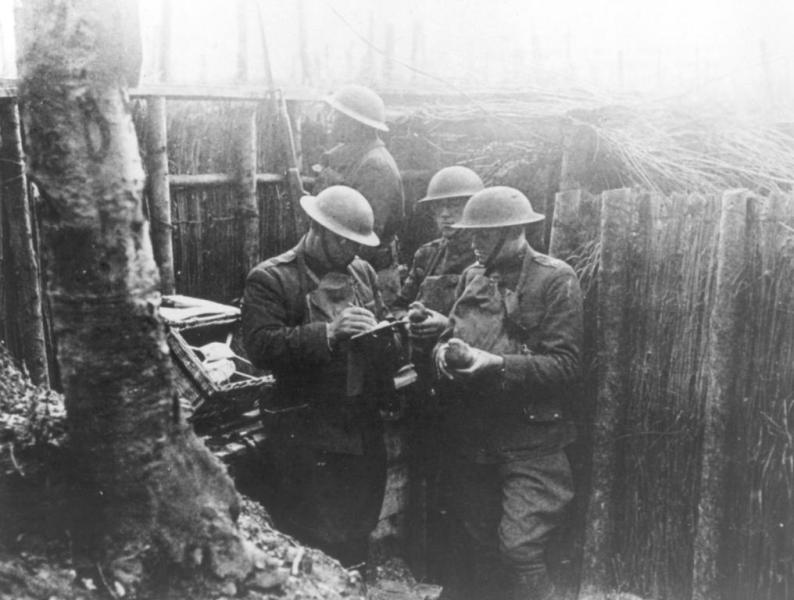 Astonishingly, every week, more than 12 million letters were delivered to the front and guess what; it would take just 2 days for a letter sent from Britain to reach France. By the end of the War, around 2 billion letters and 114 million parcels had been delivered.
Source: bbc.co.uk, Image: defense.gov

15. The Birth of Plastic Surgery

The invention of plastic surgery was sparked by World War I as the shrapnel’s used in the war resulted in many facial injuries. The twisted metal from Shrapnel had the ability to rip off the face. Surgeon Harold Gillies, a New Zealand surgeon who had trained in England, horrified by the injuries decided to help the victims and invented techniques of facial reconstruction and set up a special ward for facial wounds at the Cambridge Military Hospital in Aldershot.
Source: bbc.co.uk, Image: Wikimedia 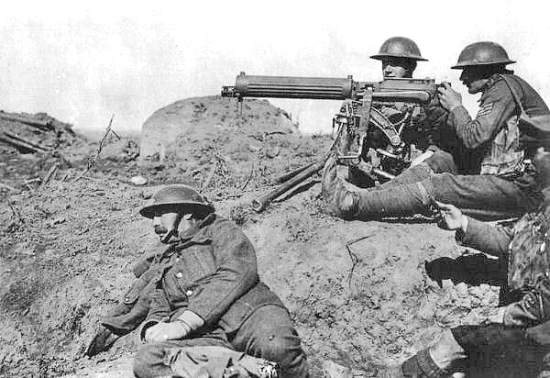 The expenditure on World War I was more than any other war in world history. The cost of bullets fired in one 24 hours period alone was approximately 4 million pounds in 1918.
Source: bbc.co.uk, Image: Wikimedia 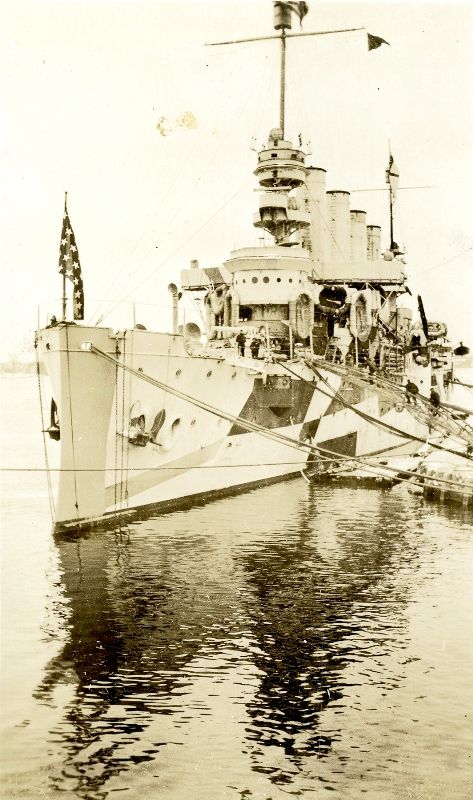 Dazzle camouflage, also known as razzle-dazzle (in the U.S.) or dazzle painting; was an effort to protect the merchant ships carrying food and military supplies from the enemies. The Allied Forces painted their ships with bright colors in violent contrasts and bold shapes. It was Norman Wilkinson’s idea, an artist and royal navy volunteer. The plan was to confuse the enemies more than concealing the ships.
Source: bbc.co.uk, Image: defense.gov

18. The Birth of Chemical Weapons

World War I witnessed the first instance of the successful deployment of chemical weapons. Some historians have also referred the Great War as the “chemist’s war.” The war gases such as chlorine, phosgene, and mustard gave rise to a new and complex public health threat that endangered not only soldiers and civilians on the battlefield but also chemical workers involved in the large-scale manufacturing processes.
Source: ncbi.nlm.nih.gov, GIF: imgur.com

19. The First Was Also The Last 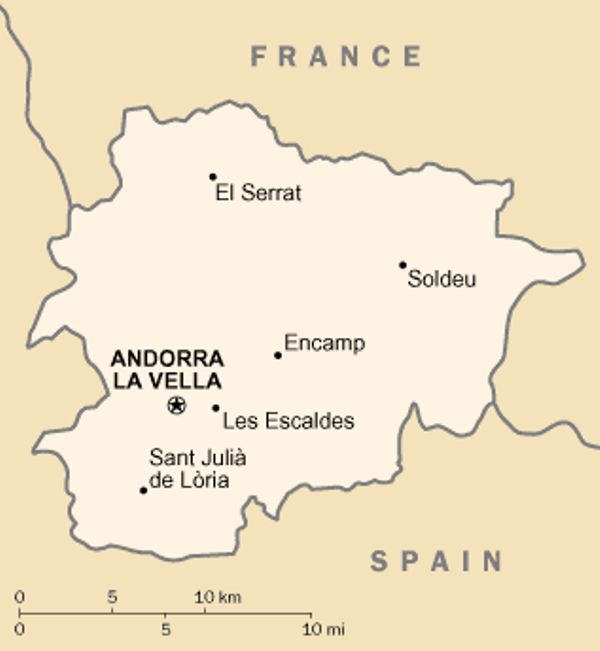 Andorra one of the earliest states to declare the War in 1914 was also the last to declare the end of the War. As their demands were not considered in the Treaty of Versailles, Andorra remained in the War with Germany until the 2nd World War.
Source: abc.net.au, Image: Wikimedia

20. The Birth Of Blood Banks 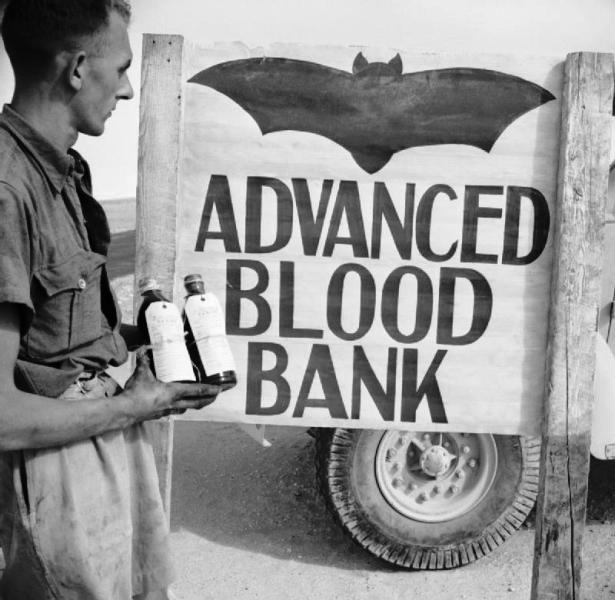 Besides all the cons of the First World War, the War has also given birth to some noble initiatives, development of the blood banks was one such initiative. It was the British Army that began the routine use of blood transfusion in treating wounded soldiers. However, it was Captain Oswald Robertson, a US Army doctor, who established the first blood bank on the Western Front in 1917, using sodium citrate to prevent the blood from coagulating and becoming unusable.
Source: bbc.co.uk, Image: Wikimedia

Officially, one had to be 18 to sign up to the armed forces and 19 to serve abroad. However, there was a 12-year-old British soldier named Sidney Lewis who lied about his age.
Source: bbc.co.uk, Image: Wikimedia 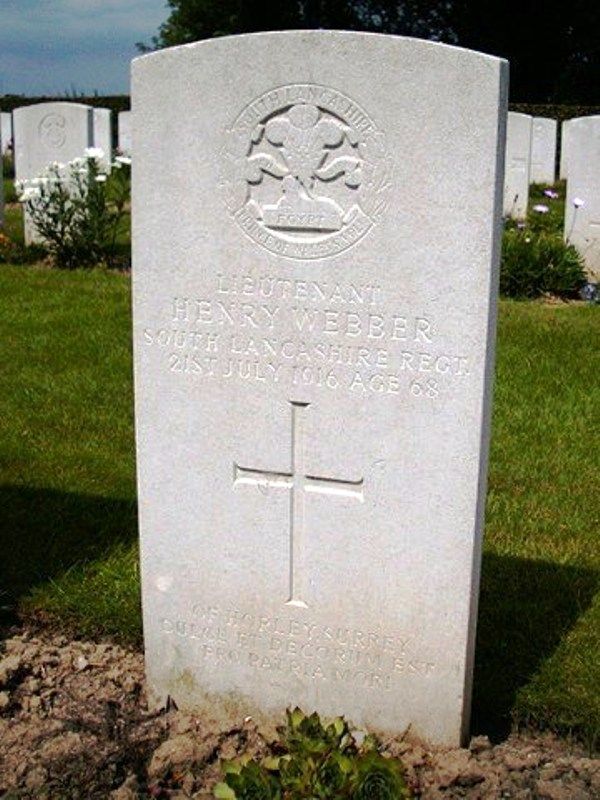 Defying the maximum age to serve in the army, Henry Webber, a 67-year-old British soldier, had succeeded in lobbying the authorities to allow him to join up. He was the oldest known combatant victim in the First World War. He accompanied his three sons, who were all serving. However, all three were survived, while Webber died on the Western Front.
Source: telegraph.co.uk, Image: livesofthefirstworldwar.org

23. The Birth Of Landships 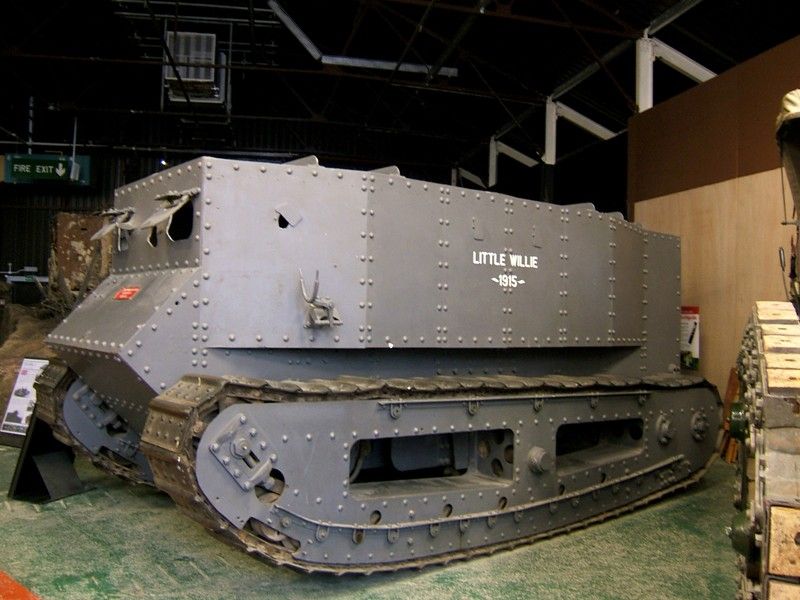 The First World War saw the origin of the “Landships,” which became the “Tank” as we know it today. It was the British Engineering out of Bovington, England that developed the first complete tank prototype in history, i.e., Little Willie, which went on to be used as a combat system during World Wars; replacing cavalry. The first tank-versus-tank battle was between the British and the Germans.
Source: militaryfactory.com, Image: Wikimedia 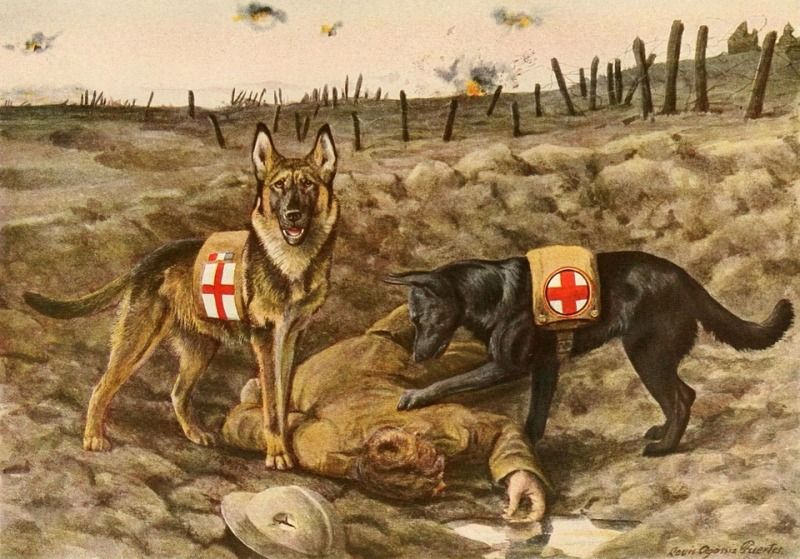 According to sources, more than 20,000 dogs were trained as messengers during World War 1. Confidential pieces of information were tied to their necks, which they used to convey to the respective sources. Besides working as messengers, they also performed other front-line duties such as carrying aid to the wounded, sniffing out enemy soldiers, etc.
Source: bbc.com, Image: Pixabay

25. The Most Famous Pilot Ever 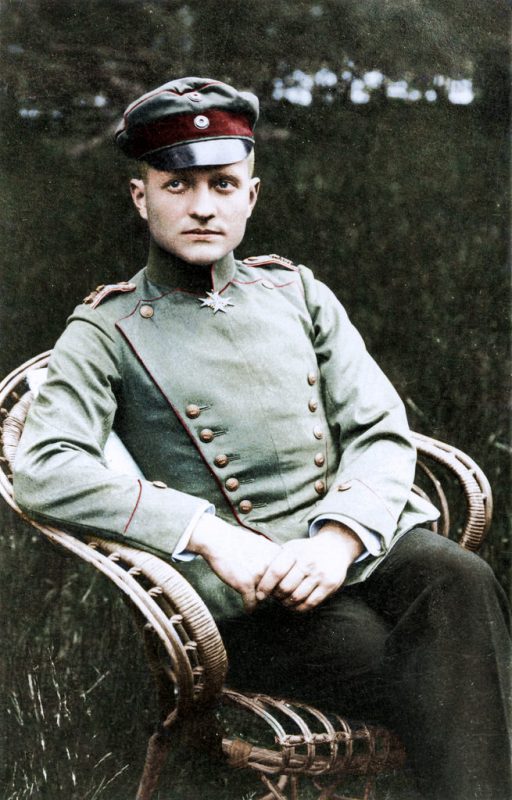 German pilot Manfred von Richthofen is considered the most successful pilot ever in history. After scoring his first kill in September 1916, he went on to shot down 79 more aircraft by April 1918; more than any other pilot during the First World War. He is known by many sobriquets including “Red Knight” and “Diable Rouge” (the “Red Devil”), but he is best remembered by the immortal sobriquet the “Red Baron.”
Source: history.com, Image: Flickr

26. Hell Cannot Be This Dreadful…

They must be crazy to do what they are doing now: what a bloodbath, what horrid images, what a slaughter. I just cannot find the words to express my feelings. Hell cannot be this dreadful. People are insane!…

27. A Flu Was More Deadly Than The War Itself 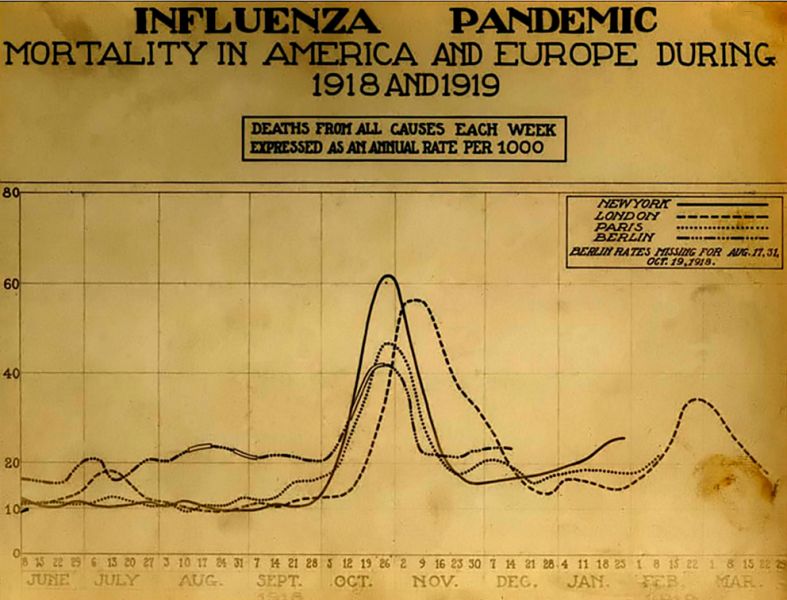 A Pandemic, known as “Spanish Flu,” caused about 1/3 of total military deaths. The pandemic spread its wing as World War 1 was drawing to the fitful close in 1918, and according to reports, the Pandemic wiped out up to 100 million lives.
Source: theguardian.com, Wikimedia