Around 165 miles away from San Francisco, there lies one of America’s greatest treasures, Yosemite National Park. Located on the western slopes of California’s Sierra Nevada mountains, the park holds a special place in the country’s soul. Yosemite is renowned for its matchless natural beauty. Yosemite’s tale started as the last ice age ended when the glaciers and waterfalls in the region cleaned the valley down. Covering an area of 1,168.68 square miles, Yosemite includes many vegetation zones. When people come here for the first time, they fall in love with the landscape and swear to come here again. Being one of the most wonderful national parks in the United States, Yosemite renders its service all year round. Let us know some more interesting facts about this gorgeous valley. 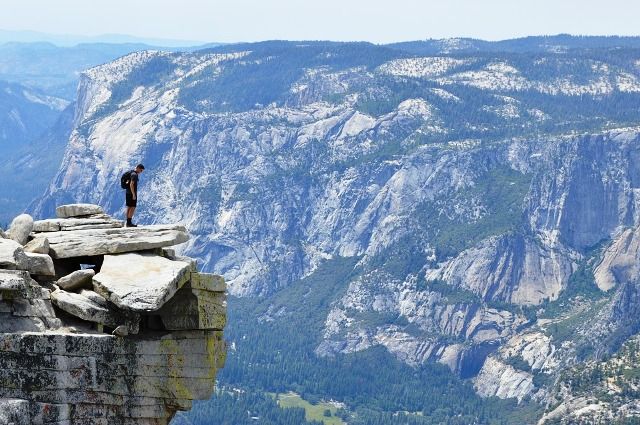 1. First Humans In The Area

The park was first inhabited by Ahwahnechee (meaning “dwellers in Ahwahnee) people around 3000 years ago. These people were from the Paiute and Mono tribes.
Source: Wikipedia

Yes! you would be surprised that the meaning of Yosemite is ‘killer’ in the Miwok language. Miwok is a native American tribe which early settled the region.
Source: newworldencyclopedia.org

Yosemite National Park is surrounded by the wilderness and national forests. At the southeast of it, Sierra National Forest lies and Stanislaus National Forest is situated at its northwest direction. Ansel Adams Wilderness is at southeast and Hoover Wilderness to the northeast.
Source: newworldencyclopedia.org

5. Once Protected By Buffalo Soldiers

During the American Indian War in the 19th century, the United States’ Army assigned this region to the Black Soldiers. They were mostly tribal people of America’s 10th cavalry regiment.
Source: mentalfloss.com, Image: nationalguard.mil

6. Perfect For The Rock Climbers 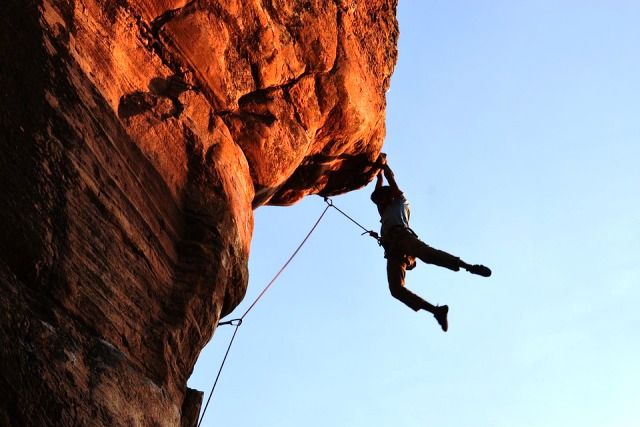 Due to the prominent granite cliffs, Yosemite is a perfect place for rock climbers. Every year, thousands of amateur of professional rock climbers come to this place and enjoy their hobby. The most popular site to climb rock is the El Capitan, a granite monolith.
Source: nps.gov, Image: Pixabay, Image: Wikimedia, Image: trip-planner.visittheusa.com

Once the United States Navy turned Ahwahnee hotel in the park into a naval hospital during the time of the World War II. In 2016, the hotel was renamed as Majestic Yosemite Hotel.
Source: mentalfloss.com, Image: Pixabay

8. Most Famous Location In The Park

9. Have You Ever Seen The Glowing Waterfall?

Yes! during the time of Sunset, Horsetail waterfalls look like a glowing lava. It shines at evening and attracts people towards itself.
source: nationalgeographic.com, Image: jharrisonphoto.com

Yosemite is well-known for its amazing flora and fauna. It has thousands of plant species.  Wawona Tree (AKA, Wawona Tunnel Tree), at Mariposa Grove, was one of the oldest trees in the park until 1969. The tree was used as a tunnel and was a popular tourist attraction. The valley also provides a variety of plants and flowers. Some famous flowers are yellow star thistle, Bull thistle, Klamath weed, etc. Yosemite also offers a wide variety of fauna: American black and brown bears, ducks, deer, etc. They can easily be seen in the park.
Source: Wikipedia, Image: Wikimedia, Image: Pixabay, Image: Flickr 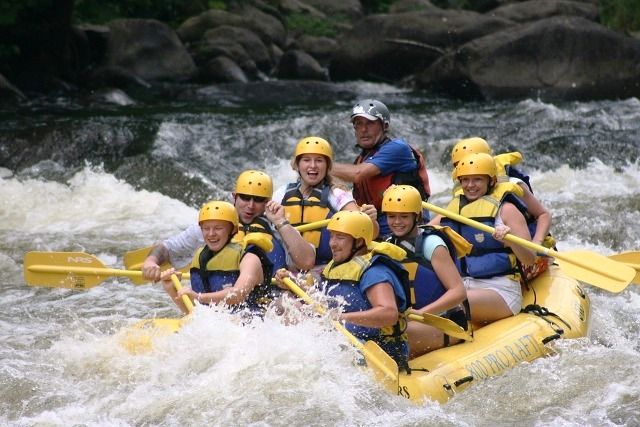 Tuolumne and Merced Rivers are draining the north and south portions of the park. For recreation, you can enjoy rafting in the beautiful Merced river.
Source: zrafting.com, Image: Pixabay.

Glacier point is a famous point to catch the panoramic view of the valley. If you are visiting the park, you must go to the glacier point and see the valley down. You can take views of Yosemite Valley, Half Dome, Yosemite Falls, and Yosemite’s high country from there. It is open from May through October and November.
Source: nps.gov, Image: ryanschang.blogspot.com

14. Not For Mountain Bikers 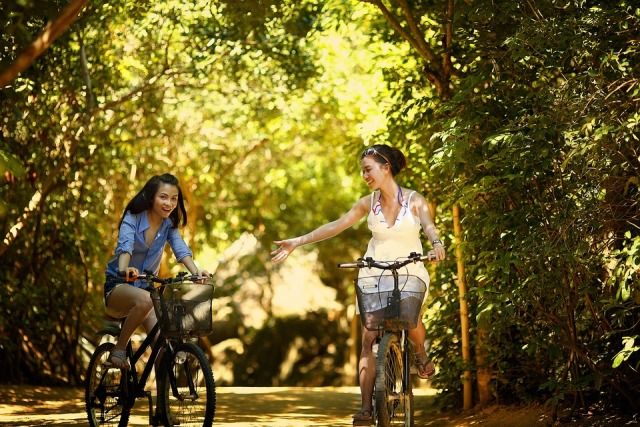 Mountain biking is not permitted in the park. However, cycles can be used on paved ways but not more than 12 miles. Mountain bike is allowed in the National Forests region around the park.
Source: mtbproject.com, Image: Pixabay

15. Get Some Time off At Mirror Lake

The Mirror Lake is one of the most beautiful water bodies in the park. The Lake offers 5 miles or 8 km trail around itself. You can enjoy the beauty of the lake by getting around it or sitting beside it. It’s up to you.
Source: nps.gov, Image: Pixabay

Yosemite offers the beauty of so many waterfalls. Wherever you are walking in the park, Waterfalls will catch your attention. The most picturesque waterfalls are Yosemite Falls,  Bridalveil Fall, Snow Creek Falls, etc.
Source: nps.gov, Image: joshualangley.com

The park was devastated by the Rim Fire in 2013, that started in the nearby region of Stanislaus National forest and reached to Yosemite. The fire destroyed the assets and revenue worth more than $2 billion. In 2018, the Ferguson Fire badly affected the three entrance road and a huge amount of vegetation in the park.
Source: smithsonianmag.com, Image: nbcnews.com

For the last couple of years, touristic activities in the Park has increased dramatically. Each year, around 5 million tourists visit the park. It was the third most visited park in 2016 after the Great Smoky Mountains and Grand Canyon.
Source: fresnobee.com

In 1984, the park was listed among the UNESCO World Heritage Sites.
Source: whc.unesco.org

Shukla Sundeep - October 12, 2015
0
A rather fascinating, amusing and adventurous creature, Ferrets are quirky little animals belonging to mustelid family including weasels, minks, badgers and Wolverine. They are...