A country’s history gives us a glimpse of its socio-economic and cultural aspects, and when it comes to India’s history, it’s so captivating that the more you know it, the more intrigued you become. Without knowing Alauddin Khilji, a 14th century Sultan of Delhi, India’s history would be incomplete. Historians record him as one of the greatest kings of his times; as he held vast territories and commanded a formidable army. From a ‘Barbaric’ king to one of the most efficient administrators, he earned all the adjectives by the chroniclers. In the words of the historian, Mountstuart Elphinstone- “Alauddin’s reign was glorious and in spite of many absurd and oppressive measures, he was, on the whole, a successful monarch, and exhibited a just exercise of his power.” Here are some interesting facts about Alauddin Khilji worth knowing: 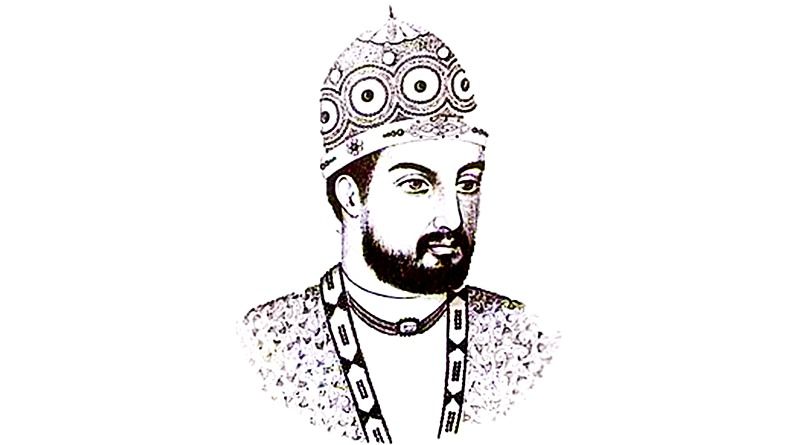 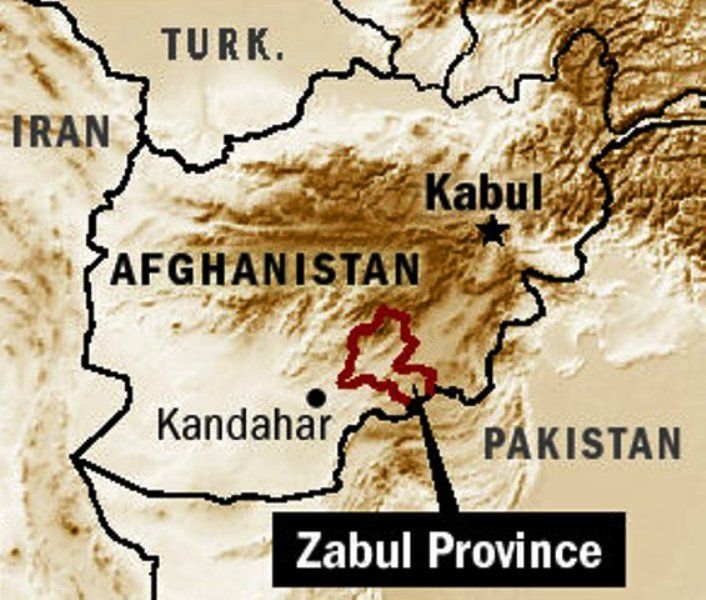 According to the 16th-17th century chronicler Haji-ud-Dabir, Alauddin was born in Qalat, Zabul Province, Afghanistan. He was the eldest of the 4 sons of his father Shihabuddin Mas’ud (the elder brother of the Khalji Dynasty’s founder Sultan Jalaluddin). Alauddin’s birth name was Ali Gurshasp.
Image: kcdn-khaamapress.netdna-ssl.com

2. Raised By His Uncle: Founder of the Khilji Dynasty 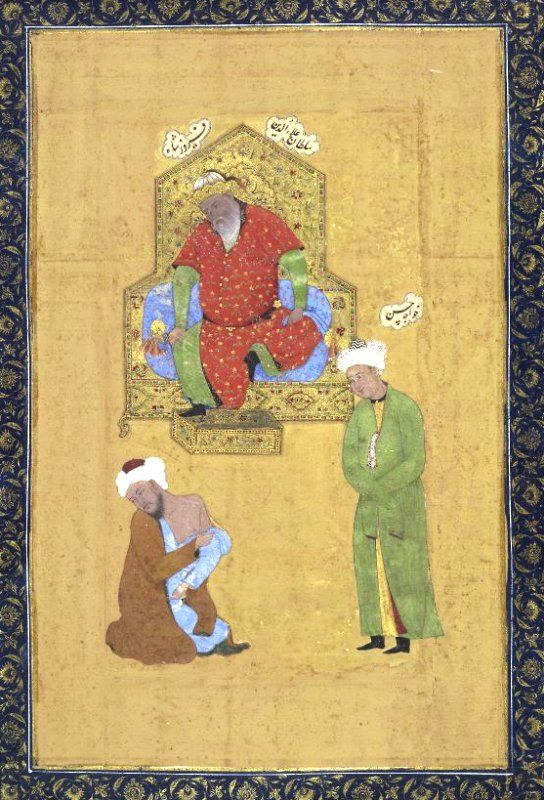 As per the historians, Alauddin’s father died when Alauddin was still in his childhood and was raised by his uncle, Jalaluddin. When Jalaluddin became the Sultan of Delhi, he designated Alauddin as Amir-i-Tuzuk (equivalent to Master of ceremonies) and his younger brother Almas Beg as Akhur-beg (equivalent to Master of the Horse).
Image: wikimedia.org

Alauddin and his younger brother Almas Beg, both married their uncle, Jalaluddin’s daughters. According to some historians, Alauddin was not happily married to Jalaluddin’s daughter, Mallika-i-Jahan; as, after the rise of Jalaluddin as the Monarch of Delhi, she started dominating Alauddin; as she had suddenly become a princess, and became very arrogant. Alauddin had a 2nd marriage with a woman named Mahru. He further married to 2 other women named Kamaladevi, and Jhatyapali. Historians also record 4 sons of Alauddin- Khizr Khan, Shadi Khan, Qutb ud din Mubarak Shah, and Shihab-ud-din Omar.

4. A Disturbed Married Life Made Him the Monarch 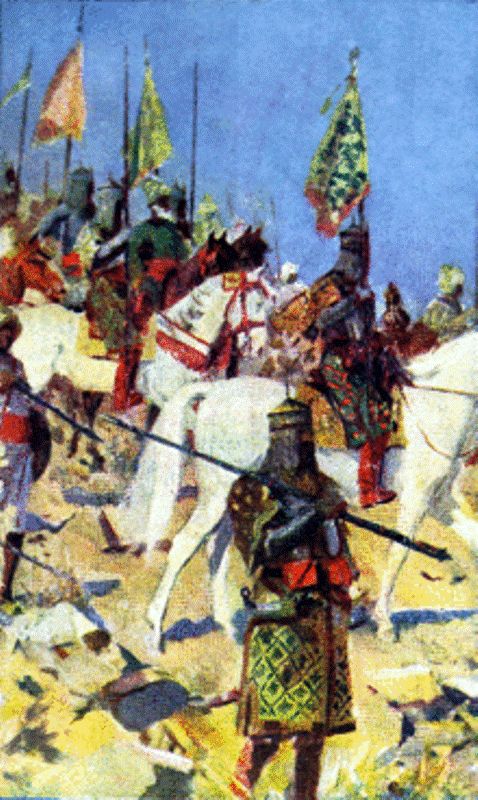 After crushing a revolt by the governor of Kara- Malik Chajju, Jalaluddin appointed Alauddin the new Governor of Kara in 1291. The infuriated Malik Chajju conspired to dethrone Jalaluddin; as he considered him an ineffective ruler and instigated Alauddin to usurp the Delhi’s throne. This, in a combination of Alauddin’s disturbed married life, led him to be convinced to dethrone Jalaluddin as Delhi’s Sultan.
Image: wikimedia.org

5. A Series of Raids & Conquests 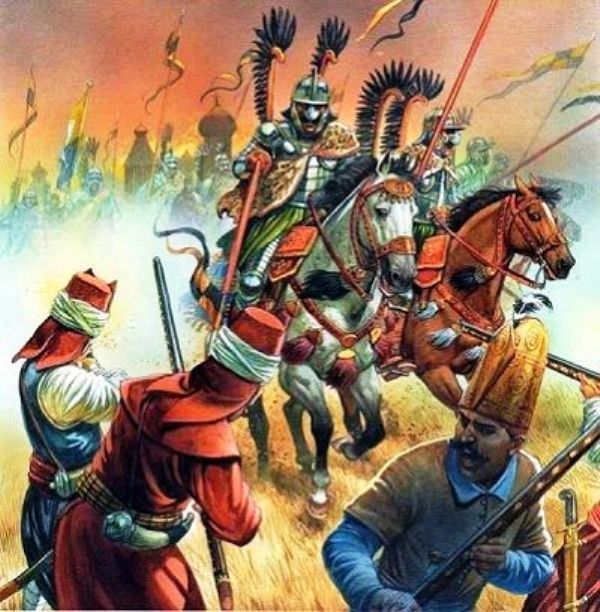 To stage a successful coupe against Jalaluddin wasn’t an easy task as it would require a lot of money and resources to raise a large army. To achieve the feat, Alauddin started raiding neighboring Hindu kingdoms. After raiding Bhilsa (a wealthy town in the Paramara kingdom of Malwa) in 1293, he surrendered the entire loot to Jalaluddin to win his confidence. A pleased Jalaluddin appointed Alauddin Ariz-i Mamalik (Minister of War). His next raid was Devagiri (the capital of the southern Yadava kingdom in the Deccan region) 1296. There, he looted a huge amount of wealth, including precious metals, jewels, silk products, elephants, horses, and slaves. This time too, Jalaluddin was expecting Alauddin to surrender him the loots. However, Alauddin went to Kara with the loots, instead of returning to Delhi.
Image: stackpathdns.com

6. Alauddin Murdered His Own Uncle

Alauddin wrote an apology to Jalaluddin for not returning to Delhi with the loots of Devagiri and requested Jalaluddin to pardon him. To meet Alauddin personally, Jalaluddin decided to visit Kara. When Jalaluddin met Alauddin at the banks of Ganges river in Kara on July 20, 1296,  Alauddin embraced Jalaluddin, and stabbed him in the back, and declared himself the new king. 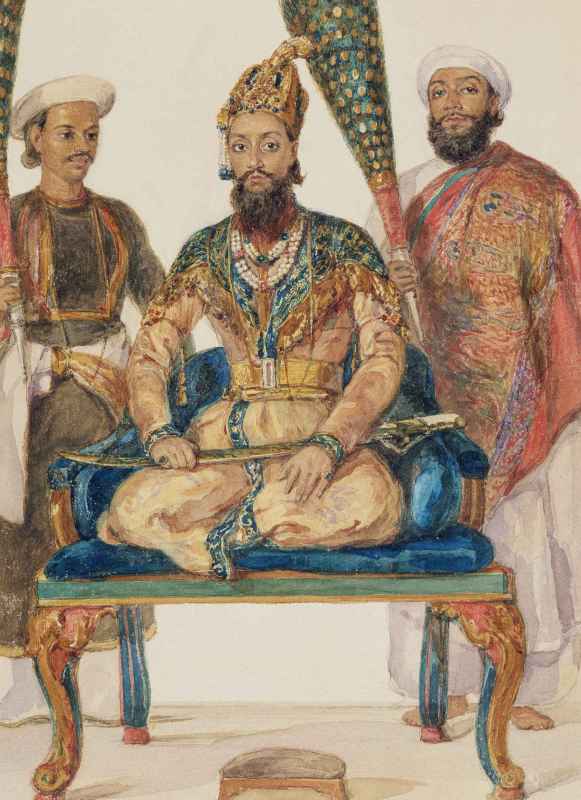 While in Kara, Alauddin was formally proclaimed as the new king in July 1296. It was there that he got the title “Alauddunya wad Din Muhammad Shah-us Sultan.” Before this, he was known as Ali Gurshasp. To portray as a generous monarch, Alauddin distributed 5 Manns (about 35 kg) of gold among a crown in Kara. He also ordered his officers to recruit as many soldiers as possible.
Image: stylewhack.com 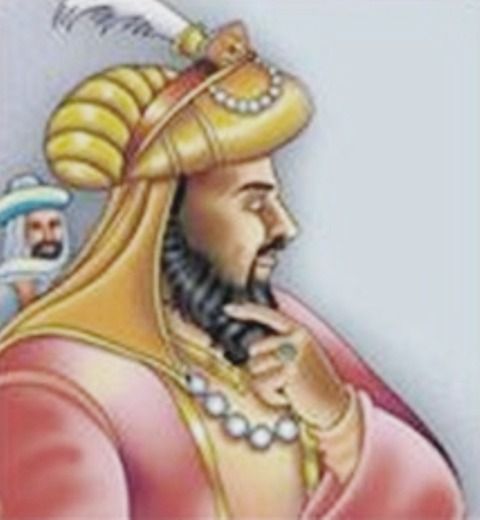 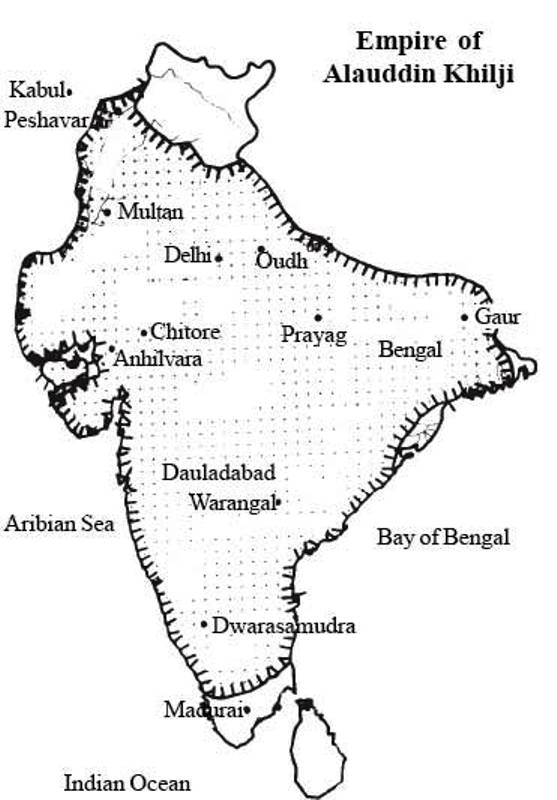 During his reign as Delhi’s Sultan, Alauddin’s empire expanded to a vast area of the Indian Subcontinent. He conquered Gujarat, Ranathambor, Jalore, Mewar, Warangal, Mabar, and Madurai.
Image: diamondtamil.com 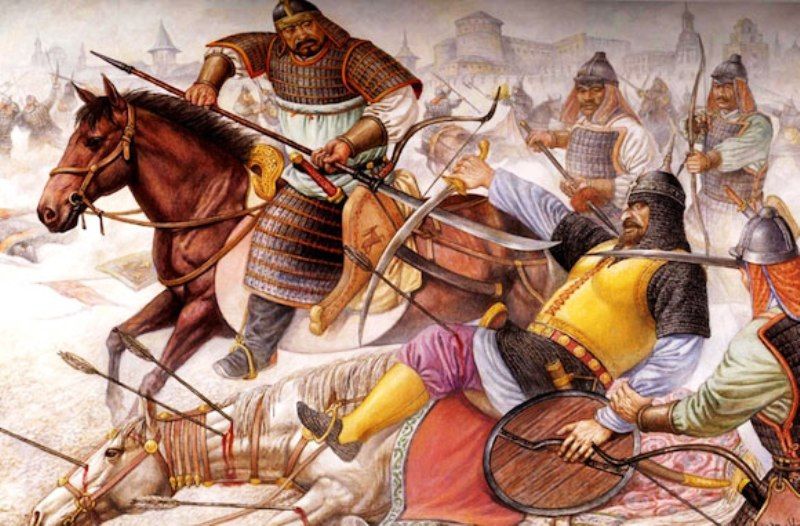 Alauddin had defeated every time the Mongols invaded the region. He defeated them in the battles of Jalandhar (1298), Kili (1299), Amroha (1305) and Ravi (1306). As per the historians, it was during the Mongol invasions that Alauddin’s administration devised to the mutineers’ families, including killings of children in front of their mothers.
Image: stevedennie.com

11. Alauddin and His Great Slave 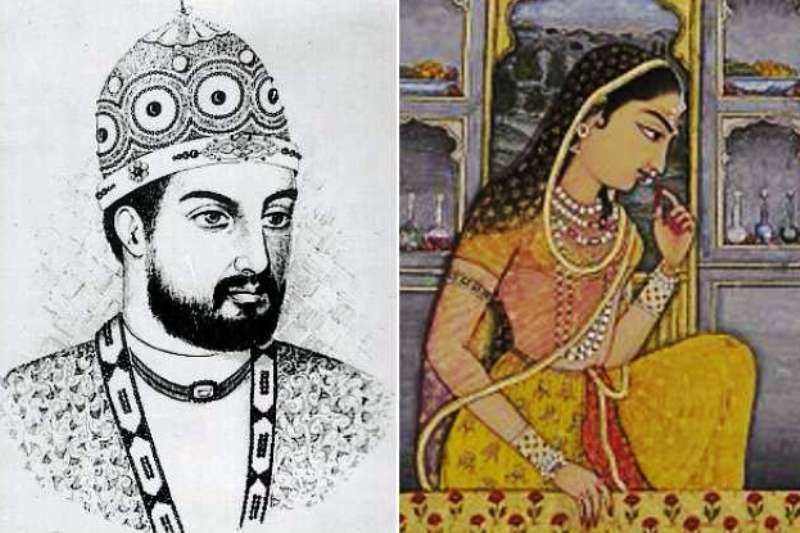 Alauddin’s name, in connection with the Queen Padmavati, appeared in an epic poem titled “Padmavat” written by a 16th-century Sufi-poet, Malik Muhammad Jayasi. According to ‘Padmavat,’ Alauddin had his eyes on Padmavati who was the queen of Rawal Ratan Singh of Chittor. To obtain Padmavati, Alauddin invaded Chittor in the winter of 1302-1303. When Padmavati had sensed the defeat against Alauddin’s army, she committed self-immolation (Sati) on Ratan Singh’s funeral pyre. However, modern historians have rejected the authenticity of this story.
Image: assettype.com

13. A King Who Learnt From His Mistakes 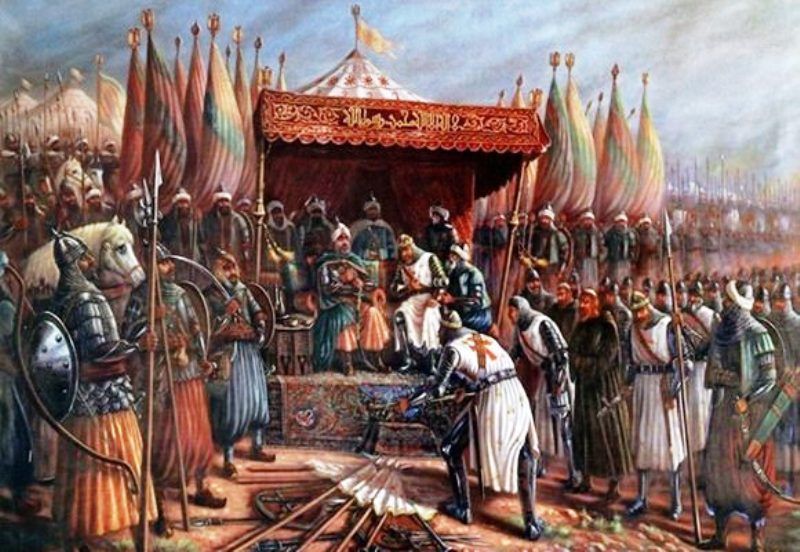 During the siege of Ranthambore in 1301, he had to face 3 unsuccessful rebellions, and to suppress further rebellions, he established an intelligence and surveillance system and made his administration stricter. During the Mongols invasion in August 1303, Alauddin had to take shelter at the under-construction Siri Fort, due to lack of enough preparations. The Mongols invasion of 1303, prompted him to take stringent steps to prevent its repeat. Alauddin strengthened the military presence and forts along the Mongol routes to India. He also implemented a series of economic reforms, to maintain a strong army, and to ensure sufficient revenue inflow.
Image: mealtur.com

14. He Built a Fort With the Heads of Mongols 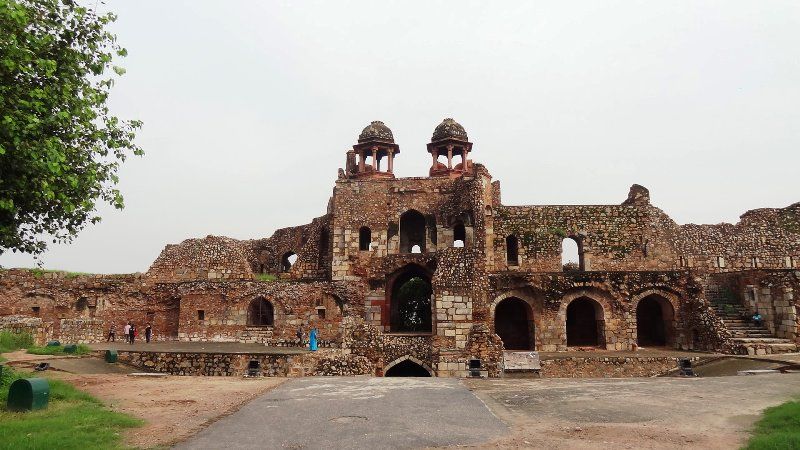 When Mongols invaded India again in December 1305, Alauddin’s strong cavalry led by Malik Nayak defeated the Mongols at the Battle of Amroha. As per the 16th-century historian Firishta, more than 8,000 Mongol’s heads were used to build the Siri Fort commissioned by Alauddin.
Image: planmitrip.in

15. A Trendsetter of Socio-Economic Reforms

During his reign as the Sultan of Delhi, Alauddin brought various socio-economic reforms. The most notable one is the agrarian reforms. He established an efficient revenue administration system and hired a large number of collectors, accountants, and agents to administer the system. He paid his officers well and had also devised stringent punishments for corrupt officials.

Market reforms and price control were other features of Alauddin’s administration. He established three separate markets in Delhi- one for food grains, the second for cloth and daily-use-items such as ghee, oil and sugar, and the third market was for horses, cattle, and slaves. Prices of the commodities were fixed according to their values.
Image: wikimedia.org

Alauddin’s tax-system has earned laurels from all quarters. According to The Cambridge Economic History of India- “Alauddin Khalji’s taxation system was probably the one institution from his reign that lasted the longest, surviving indeed into the nineteenth or even the twentieth century.” Alauddin enforced 4 taxes on non-Muslims- Jizya (poll tax), Kharaj (land tax), Ghari (house tax) and Charah (pasture tax).

According to chronicler Ziauddin Barani, Alauddin once thought of establishing a new religion.

19. The Conundrum of Alauddin’s Sexuality 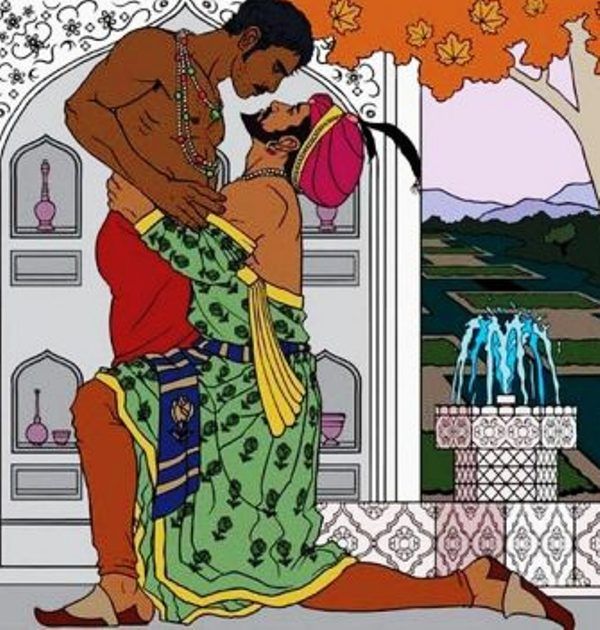 Alauddin’s sexuality has always been a hot potato among historians. Some historians have recorded that it was Alauddin’s infatuation towards Malik Kafur that he bought him as a slave and later promoted him to his most loyal officer. However, there is no concrete evidence of it.
Image: firstpost.com

In his last days, Alauddin had become very distrustful of his officers and had also sacked a number of his loyal officers. According to some historians, he had also been suffering from a chronic illness. Alauddin breathed his last in January 1316, and according to chronicler Ziauddin Barani, Malik Kafur conspired to murder Alauddin.

Many creative works have been surfaced, which are inspired by the life and history of Alauddin Khilji including several books, plays, and films. A Bollywood film “Padmaavat” is one such film, which was released in January 2018. The film attracted a lot of controversies; as to some fringe groups, the film had objectionable contents.

Krishna - February 20, 2017
0
Roughly the size of Spain and France combined, South Africa is situated at the very southern tip of Africa. The Atlantic and the Indian Oceans...