Cerro Torre is a famous mountain which is located at the border between Argentina and Chile. It is at the top of the list in the World’s most controversial mountains. The peak has become widely popular and is in much limelight due to its controversial history. Here are a few interesting facts about Cerro Torre worth knowing: 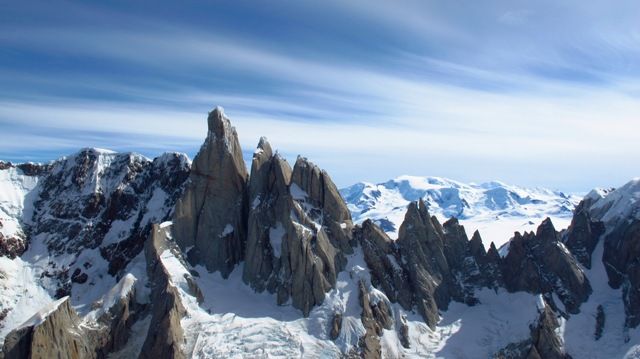 1. Highest in the four 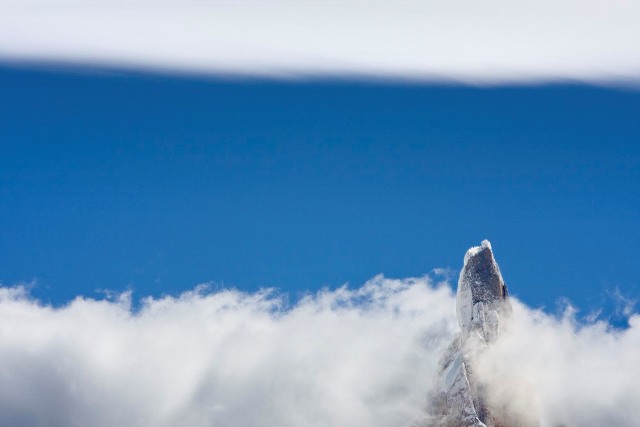 The peak is the highest in a four mountain chain: the other peaks are Torre Egger (2,685 m), Punta Herron, and Cerro Standhardt. The top of the mountain often has a mushroom of rime ice, formed by the constant strong winds.
source: Wikipedia, image: squarespace.com 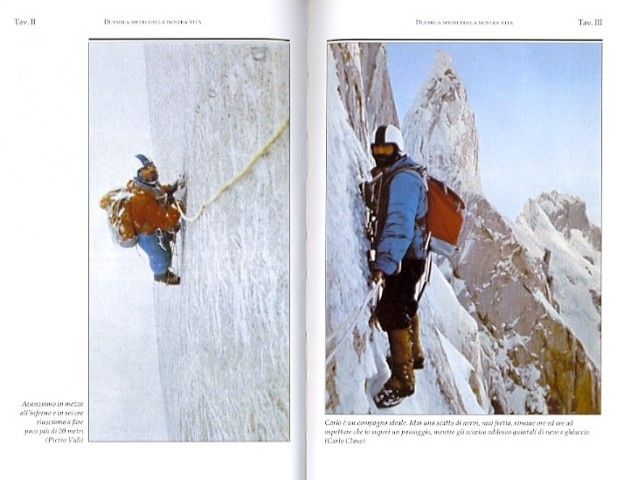 Cesare Maestri claimed in 1959 that he and Toni Egger had reached the summit and that Egger had been swept to his death by an avalanche while they were descending. Cesare is now in his 80s.
source: Wikipedia, image: tecalibri.info

3. No trace of Maestri’s climb

Maestri, the climber, told that he climbed this steep tower of rock and his climbing partner Toni Egger, who reached the summit with him, was killed in an avalanche during the descent. But there’s no evidence stating their climb in the year 1959.
source: markhorrell.com

The first undisputed ascent occurred in 1974, by another Italian team led by Casimiro Ferrari. While most people these days regard Maestri’s 1959 climb to be a hoax, there are still many individuals who believe he did climb it.
source: markhorrell.com 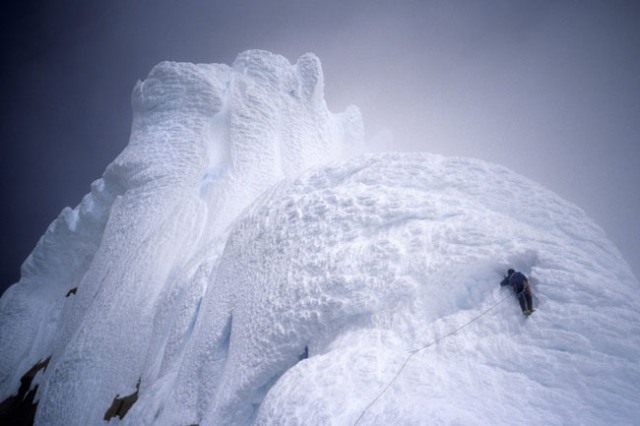 Cerro Torre is famous not for its height but rather its nasty weather, it’s very long pointed shape and challenging technical climbs. The Patagonian Ice Cap is located near it which causes Pacific storms that drop lots of precipitation and adds power to the winds making them fearsome.
source: summitpost.org, image: laurenceourac.com 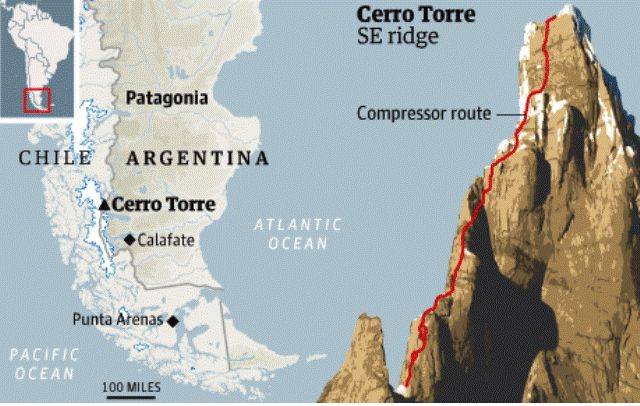 One of the best ways to get the Cerro Torre is via the city of El Calafate and then to El Chalten. There are two air transportation routes; one goes directly to the new El Calafate airport. The other way is flying first to the city of Rio Gallegos and then driving 316 km to El Calafate.
source: summitpost.org, image: guim.co.uk

In 2010, Austrian Climber David Lama was held responsible for around 30 new bolts and hundreds of meters of fixed rope added to the Compressor Route on the mountain (due to severe weather conditions, much of the gear was left on the mountain and later removed by local climbers). This incident has caused a huge controversy in the history of the mountain.
source: Wikipedia

8. And their controversial removal!

In 1970, the Italian alpinist Cesare Maestri was condemned for placing more than 400 bolts up the mountain. Hayden Kennedy and Jason Kruk take out bolts left along ‘Compressor Route’ by Cesare Maestri. Those two were detained and the bolts got confiscated by the Argentinean police.
source: theguardian.com

9. “Murder of the impossible”

Reinhold Messner, the first man to climb all 14 Himalayan peaks over 8,000 meters, was among critics calling the ascent the “murder of the impossible.”
source: theguardian.com 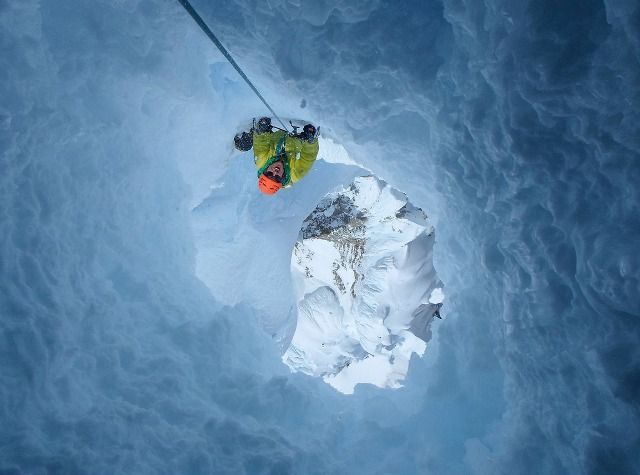 It’s a legendary mountain. With its incomparable steepness, it could be the watchtower of Mordor, the land of evil in the “Lord of the Rings”.
source: cerrotorre-movie.com, image: staticflickr.com

11. The journey was once impossible!

In 1952, the famous French alpinist Lionel Terrey declared the “Torre” impossible. Its walls seemed too steep, too blank, and then there was the ferocious weather. The famous German climber Reinhard Karl said “the mountains in Patagonia were like atoms. They exist, but one can’t see them.”
source: cerrotorre-movie.com

Cerro Torre, the polished, vertical granite rock walls were considered impossible to climb that for decades. This mountain comes a part of the Los Glaciers National Park.
source: mtsobek.com

Shukla Sundeep - June 29, 2016
0
Willis Tower, also known as the Sears tower, is the second largest tower in United States and 14th largest in the world. Located in...