English is the third most commonly spoken language in the world, the first and second being Mandarin Chinese and Spanish. Being such a common and vast language, there is always a scope of learning a new fact or two about it every day. Here are some interesting facts that you might not know about this Universal Language: 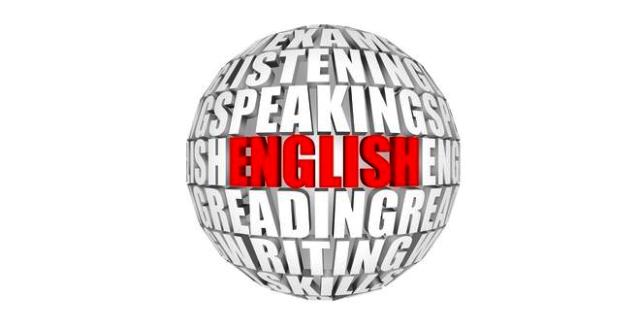 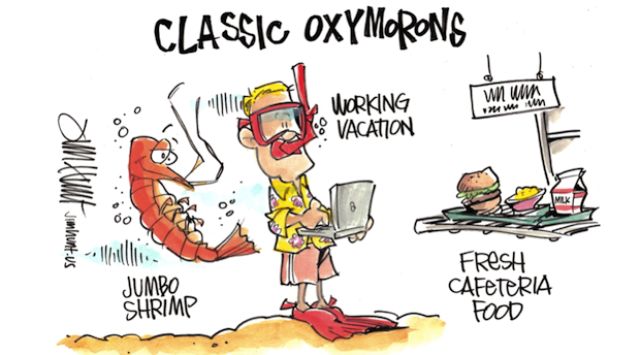 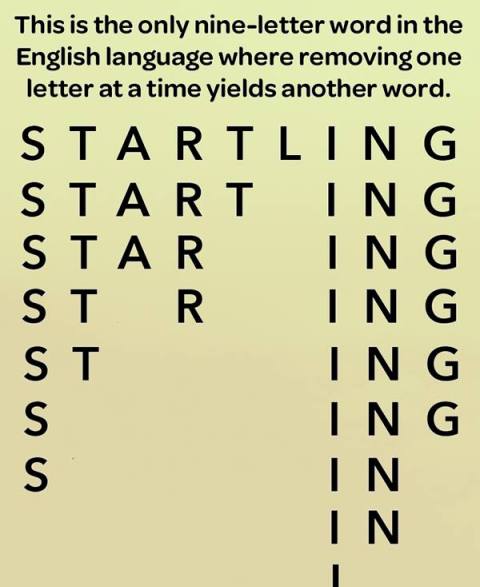 The only nine letter word that yields another word while removing one letter at a time is Startling.
source: pinterest.com, image: wordpress.com 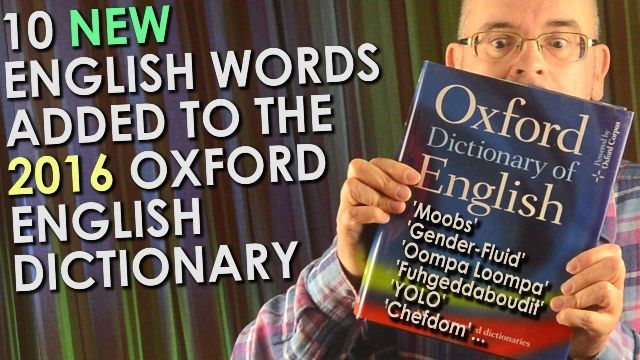 English is quite a vast language. A new word is added to the English dictionary every two hours! That sums to about 4000 new words in one year.
source: grammarly.com, image: ytimg.com

4. The sentence that contains the whole alphabet!

Mostly everyone is familiar with the sentence “The quick brown fox jumps over the lazy dog”. Your teacher must have made you write it down multiple times as a little kid. Do you guys know what’s special about this sentence? It is the shortest sentence that contains all the alphabets. Such sentences containing all alphabets are known as pangrams.
source: grammarly.com

If you write poetry with a rhyming pattern you may want to avoid words like Orange, Purple, Month and Silver. There are no words in the English language that rhyme with these words.
source: english.com, image: greatschools.org

6. Count to a billion to get there! 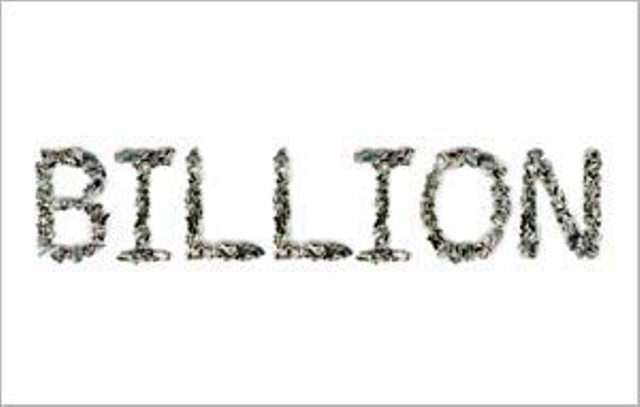 If you were to write the numbers starting from one, two, three in words, the alphabet ‘b’ would not be used until you reach a billion. Also, you have never used the alphabet ‘a’ until you’ve reached a thousand.
source: english.com, image: thecalculatorsite.com

Queueing’ is the only word with five consecutive vowels (five vowels in a row).
source: bloomsbury-international.com

‘Ough’ can be pronounced in nine different ways! This sentence contains all nine pronunciations: ‘A rough-coated, dough-faced, thoughtful ploughman strode through the streets of Scarborough; after falling into a slough, he coughed and hiccoughed.’
source: bloomsbury-international.com

Most words in English have more than one definition. Of all those words, the word that has most definitions is ‘set’.
source: pinterest.com

The word “Facetious” is the only word that contains all of the vowels in their particular alphabetical order.
source: buzzle.com

Krishna - November 16, 2016
0
Open-hearted, welcoming, and prosperous, Amsterdam is a good-time city in Netherlands that merrily opens its arms to all arrivals. It embraces its tourists, its...