If you have ever seen the images of the high mountain peaks draped with snow and large glaciers, chances are they might be the pictures of the Himalayas.The Himalayas is the greatest mountain range stretched in the southern region of Asia. The mountain range spreads its huge expanse over 2,400 km. The mountain range spans five countries Bhutan, India, Nepal, People’s Republic of China, and Pakistan. It has several mysteries attached to it. Let’s unravel some interesting facts about the mighty Himalayas: 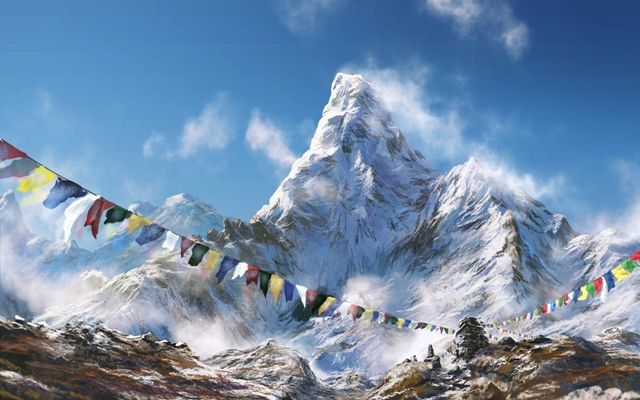 The Himalayas is considered one of the youngest mountain ranges in the world. The mountain range and Tibetan plateau have formed as a result of the collision between the Indian Plate and Eurasian Plate. The Himalayas are believed to be 450 million years old.
source: primaryhomeworkhelp.co.uk

2. The Himalayas range is still growing! 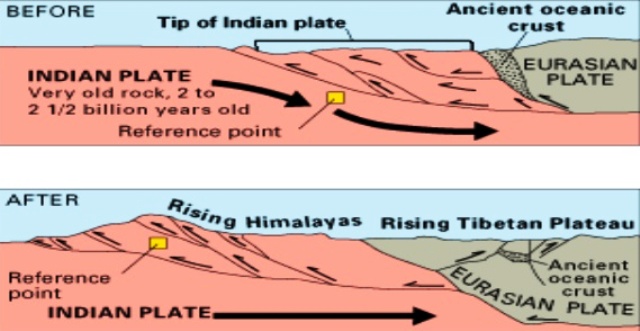 Scientists have confirmed that the great Himalayan range is still growing. Due to the movement of plates, Himalayas are moving approximately 20mm per year.
source: wikipedia, image: slidesharecdn.com 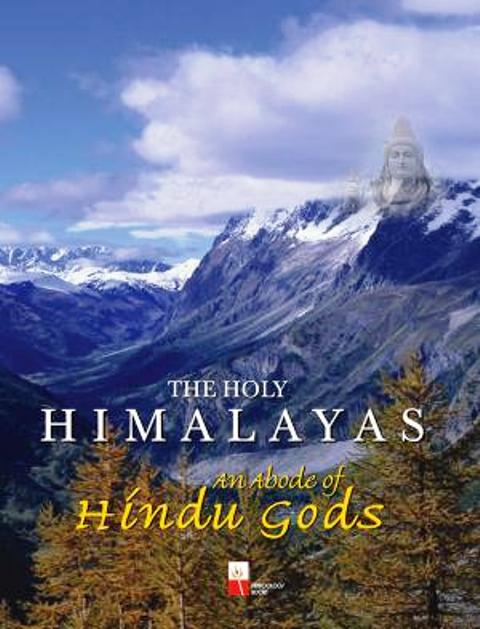 The Himalayas range is considered a god in the Hindu religion. The Hindu people consider the Himalayas as a sacred place. They call it “Giri-Raj” which means “King of Mountains”. The Himalayas have got a mention in the religious books many times such as in Ramayana, Mahabharata and Rig Veda.
source: hinduism.about.com, image: vedicbooks.net 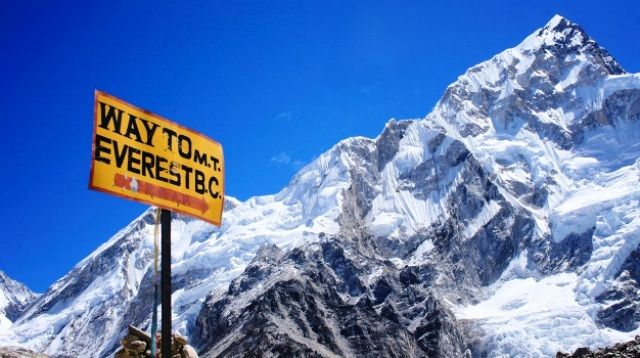 If you want to be on top of the world, then you should make an attempt to visit the Himalayas as it is home to the world’s highest point- the Mount Everest.
source: himalaya2000.com, image: cdn.24.co.za 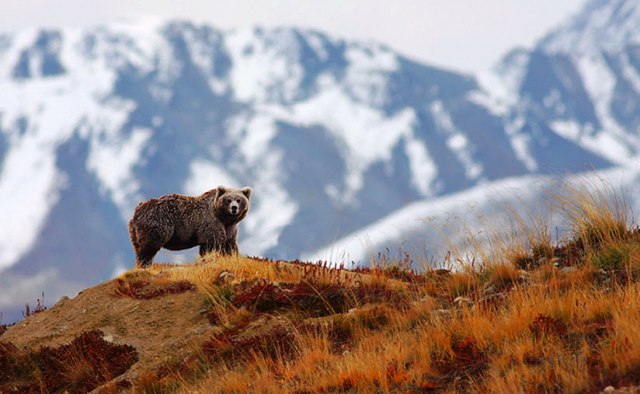 The Himalayan range is home to a wide variety of exotic animals such as the snow leopard, wild goat, Tibetan sheep, musk deer and mountain goats. Apart from animals, Himalayas are a habitat of so many beautiful species of birds.
source: himalaya2000.com, image: eccetrav.com

450 million years ago, the limestone and sandstone rock at the summit of the mountain was a part of the sedimentary layers below the sea level. It was later discovered through the fossils embedded within Everest’s rocks in 1924, proving that the mountain had once been below sea level.
source: wikipedia 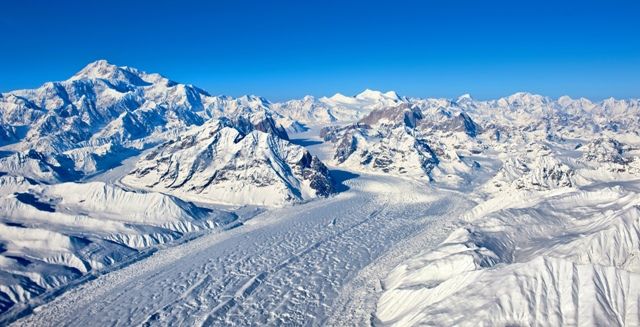 The upper portions of the Himalayan peaks are covered with snow throughout the year and the unique thing is that it never melts.
source: himalaya2000.com, image: s1.1zoom.net

8. Swinging moods of the Himalayas! 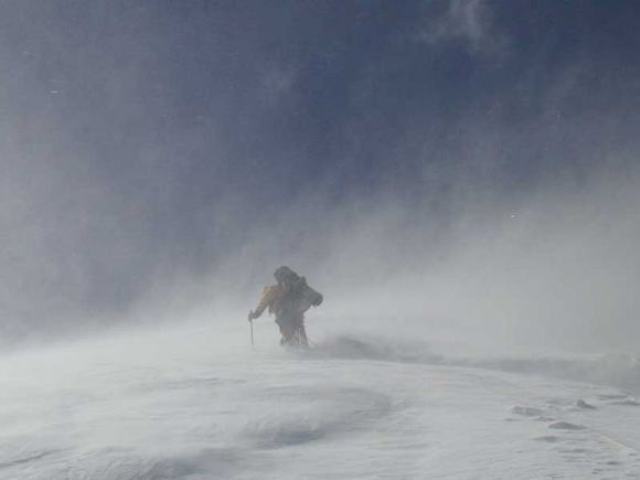 The Himalayan weather is not stable and it changes quickly. The Himalayan regions are prone to snowstorms, floods, monsoons, earthquakes, landslides, tremors and high-velocity winds.
source: interestingfunfacts.com, image: media.travel-beauty-health.com 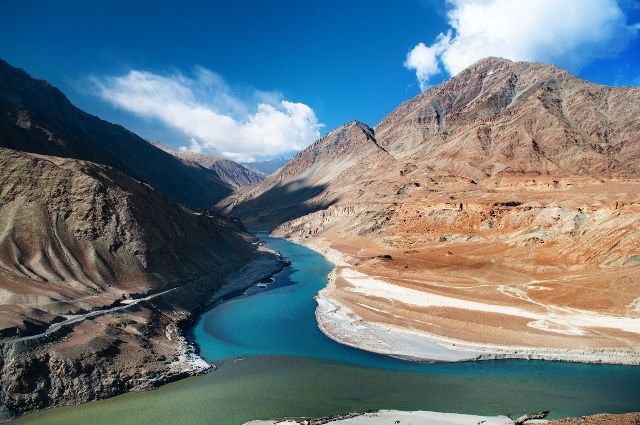 Several mighty rivers of the world- the Indus, the Ganges, the Brahmaputra, the Yangtze, the Mekong and the Yellow rivers originate from the Himalayas.
source: interestingfunfacts.com, image: adventurenation.com

10. The family of eight-thousanders!

The Himalayan Ranges has 25 points, which exceed 8000 meters.
source: interestingfunfacts.com

11. The most virginal part on the earth!

Very few people visit the Himalayas and after the Antarctica, it is the 2nd most virginal part on the earth.
source: wikipedia

Nepalese term the Himalayas as Samagramatha that means “forehead of the sky.” The Himalayas definitely deserve the sobriquet.
source: interestingfunfacts.com

After the Antarctica and Arctic, the Himalayan Range has the largest deposit of snow on earth.
source: interestingfunfacts.com

14. Want to visit the Himalayas?

Very few people have made it to the Himalayas, some due to physical constraints while others due to financial constraints. However, one should not worry as here is the option to have a glimpse of the Himalayas.
video: youtube

8 Interesting Facts About The White Helmets

Shukla Sundeep - October 7, 2016
0
Amidst the prevailing turmoil and the brutal Civil War in Syria, The White Helmets is a civil organization which is like a silver lining...