Mostly known for the famous Kyoto Protocol, Kyoto also surprises with its quiet temples, colorful shrines and sublime gardens. You can hear the ‘nightingale floors’ squeak beneath your feet at Nijō-jō, sip matcha in pristine tearooms, drink beer on the banks of the Kamo-gama or cycle through Arashiyama’s bamboo forest. Here are some interesting facts about the city you can never tire of: 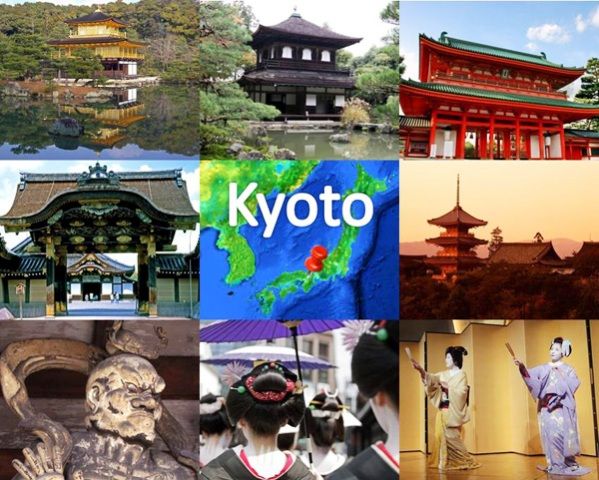 Kyoto was the capital of Japan for more than one thousand years. The city is now the capital city of Kyoto Prefecture located in the Kansai region, as well as a major part of the Kyoto-Osaka-Kobe metropolitan area. Kyoto is also known as the thousand-year capital.
source: Wikipedia

2. The mother of all shrines! 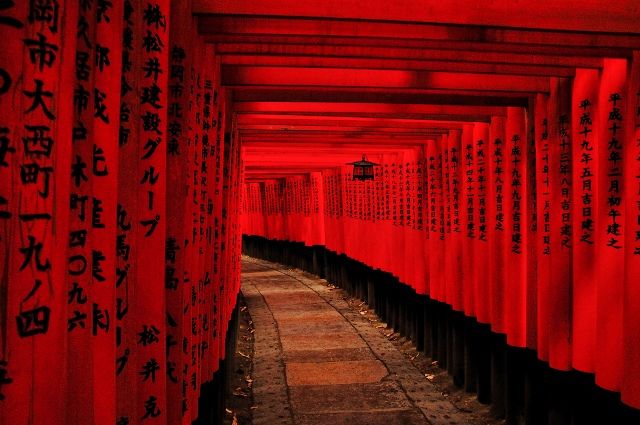 It is believed that there are over 1000 Buddhist temples in Kyoto. The mother of all shrines, Fushimi-Inari-Taisha, has mesmerizing arcades of vermilion torii (entrance gate to a Shintō shrine) spread across a mountainside.
source: lonelyplanet.com, image: japanesesearch.com

3. Restaurants you would fall in love with! 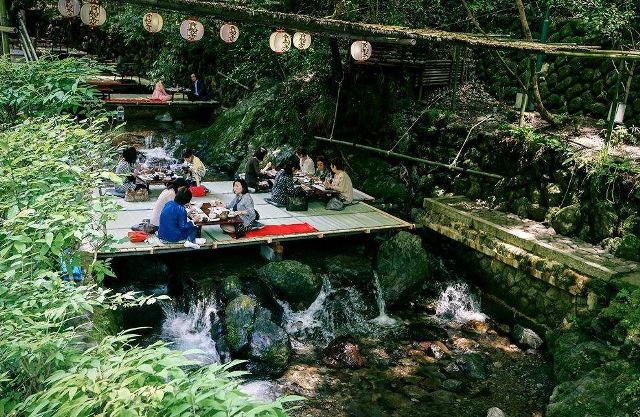 The city of Kyoto offers the entire spectrum of Japanese food, from impossibly refined cuisine known as kaiseki. Many of Kyoto’s restaurants are in traditional wooden buildings, where you can have your brunch in the nature’s lap.
source: lonelyplanet.com, image: dimplify.com 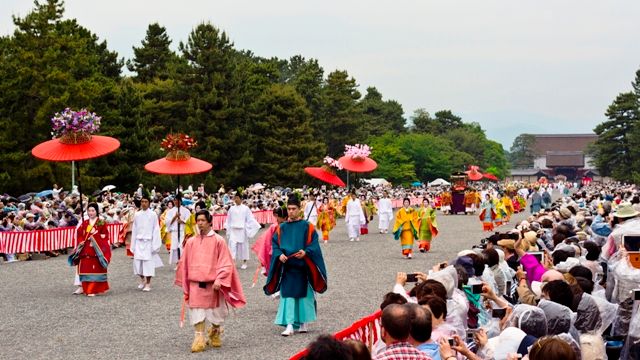 5. The largest city in Japan!

Kyoto was the largest city in Japan towards the end of the 16th century. Later the ranking reached to 3rd, 5th and now 9th by the year 2015.
source: Wikipedia

6. When it lost the capital tag!

In the year 1192, Kyoto lost its political power to Tokyo.  Later, Tokyo became the official capital. Kyoto has often been referred to as Saiko [the western capital of Japan].
source: encyclopedia.com 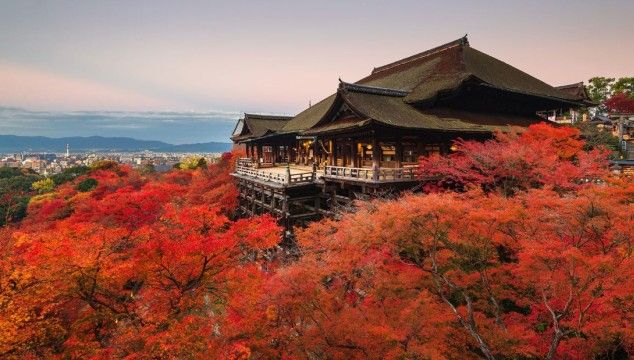 There are 17 world heritage properties which are located in Kyoto. These heritage sites are attracting many people since each embodies a respective era in which it was constructed.
source: pref.kyoto.jp, image: cnn.com 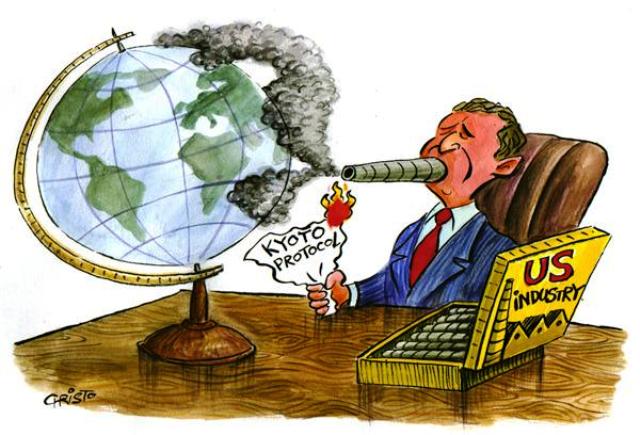 The Kyoto Protocol is an international agreement linked to the United Nations Framework Convention on Climate Change. It was adopted in Kyoto, Japan, on 11 December 1997 and entered into force on 16 February 2005. The protocol aims at reducing the greenhouse gas emissions globally.
source: unfccc.int, image: cagle.com 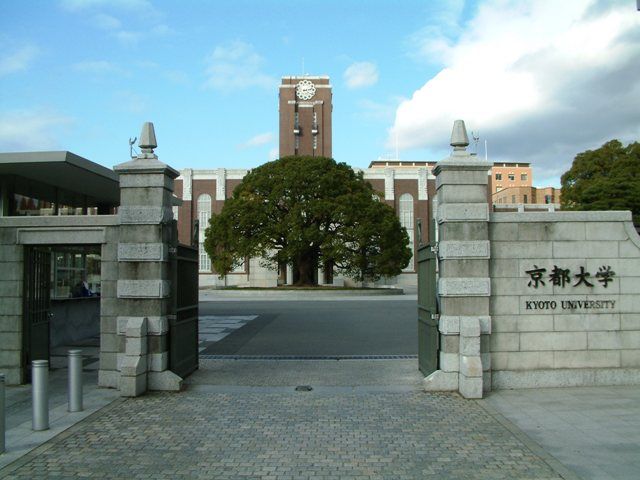 Kyoto University established in 1897 and one of the former imperial universities is considered the best in Japan after the Tokyo University.
source: wanderwisdom.com, image: chemistry2011.org 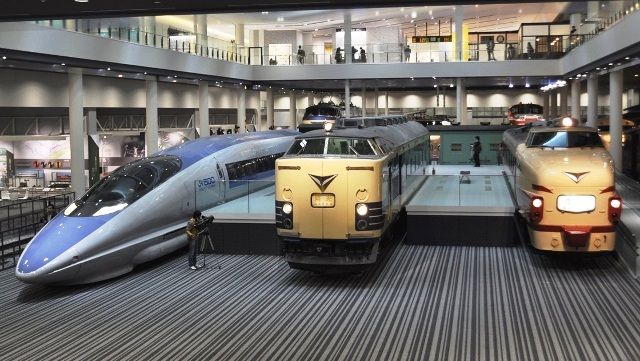 Kyoto has seven independent rail services. To go places, you need to rush from one to the other. This means you need different tickets and sometimes there is a hefty hike between stations.
source: quora.com, image: toyokeizai.net

11. A palace that duplicates the Heian Period!

There is a palace located in a park of 200 acres- Gosho Palace. The present buildings duplicate the simple lines and beautiful proportions of those of the Heian period.
source: wanderwisdom.com, image: kunaicho.go.jp

12. A glimpse of the entire Kyoto at one place! 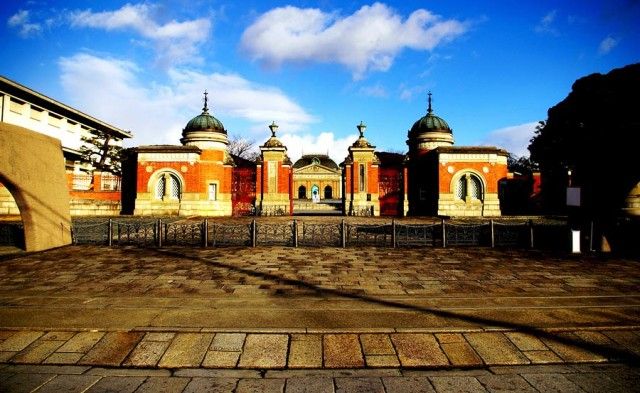 The Kyoto Municipal Museum of Art and the Kyoto National Museum are a great place to see the magnificent work and unravel the history of the city.
source: encyclopedia.com, image: japanbullet.com

13. Cell phones only from Japan!

Cell phones from countries other than Japan usually don’t work there.
source: tapopedia.wikispaces.com

Unlike other places, there are only 100 volts of domestic electric supply. In other countries, the voltage is around 200V.
source: tapopedia.wikispaces.com 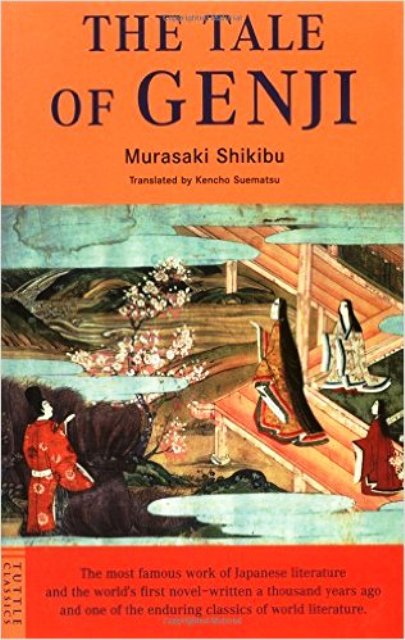 The oldest novel in the world, Shikibu Murasaki’s The Tale of Genji is set in Kyoto during the Heian Period.
source: wiki.kidzsearch.com, image: amazon.com

Shukla Sundeep - September 23, 2015
0
Nestled in the lap of Himalayas, Nagarkot offers a breathtaking view of the highest peak in the world- The Everest. So near, yet so far...