Located in the northwest part of Yucatan state, Merida is 35 kilometres (22 miles) off the coast of the Gulf of Mexico. Being the largest and the capital city of Yucatan state, Merida is truly cosmopolitan. Not only being sophisticated in nature, but also Merida is the center of Yucatan culture, history, and Mayan pride. It’s historical significance and geographical location will cause you to come here over and over again. Being a symbol of history and culture, Merida is home to several museums which cover everything from Yucatan Music to folk arts of Mexico. If you want to take a Mayan adventure, set off to a journey to  Dzibilchaltun Ruins and take a bath in the cenote. Let us dig into some other interesting facts about this gorgeous white city, Merida. 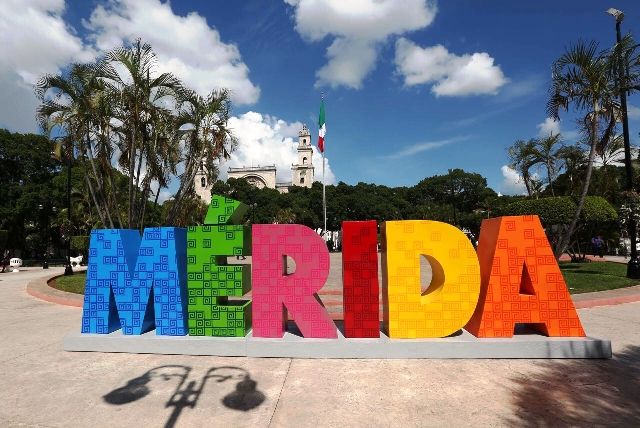 Merida is one of four cities with the same name. Other three are in Spain, Venezuela, and the Philippines. It is the largest of all Merida cities.
Source: thedailymeal.com

2. The City Of Spanish Conquistador

In 1542, Spanish conquistador, Francisco de Montejo conquered the Mayan city of T’ho (Tihoo). His son, Francisco de Montejo y León “el Mozo” founded the city of Merida on the same site. The city was named after the Spanish town with the same name in Extremadura region in Spain.
Source: britannica.com, Image: Wikimedia 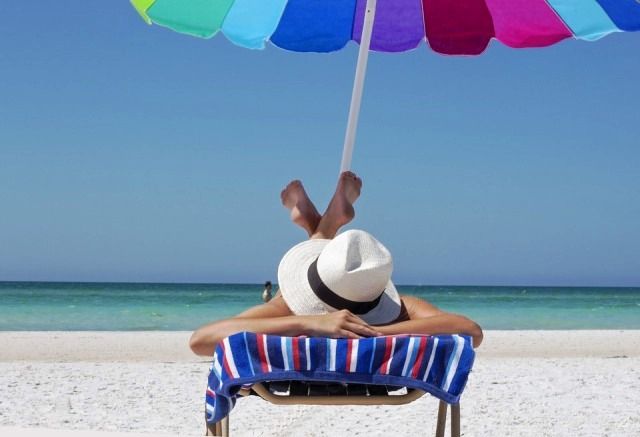 Merida is considered the best place for Sun-Seekers. It’s warm climate attracts hundreds of thousands of tourists all year round. It’s temperature never goes below 0°C. Tourists from the USA and Canada flock to Merida at the time of winter.
Source: haciendamisne.com.mx, Image: Pixabay

Merida is known as the White City in Mexico. According to some, the city was painted and decorated with white materials in the Spanish Era, so, they call it the white city. Whereas, other claims that it is due to its Sanitation.
Source: mexicopass.com, Image: Wikimedia

5. Center Of The Yucatan Culture

For centuries, Merida has been a center of Yucatan culture but Yucatan culture mingled with the Spanish culture at the advent of Spaniards in the early 16th century. They have nice gastronomy. Jarana dance is performed at gatherings and in local festivals here.
Source: caribya.com, Image: Wikimedia

Merida is a cosmopolitan city. It reflects the Spanish, British, French, and Dutch influence in its culture and society.
Source: Wikipedia

Plaza Grande is considered the heart of the city. It is one of the nicest places in Mexico with splendid laurel trees shading the parks and sidewalks.
source: lonelyplanet.com, Image: Flickr

8. The Oldest Building In Merida

Facing the Plaza Grande, there lies the oldest building in Merida, Casa de Montejo. It was built between 1542 and 1549 by the conquerors of the Yucatan Peninsula. Originally, it housed soldiers but it soon converted into a mansion that served members of the Montejo family until the 1800s. Currently, it houses a Bank and a museum that showcases the neo-rococo and neo-renaissance furnishings of the historic building.
Source: lonelyplanet.com, Image: Wikimedia

9. One Of The Oldest Cathedrals In The New World

Merida Cathedral is one of the oldest cathedrals in the Americas. It was built in the late 16th century on the site of Mayan ruins Tiho.
Source: Wikipedia, Image: Flickr

Contemporary Art Museum is a perfect place for modern sculptures. The museum shows the work of the most popular and thought-provoking artists in the region. The museum was founded in 1994 right next to the Cathedral of Merida.
Source: theyucatantimes.com, Image: Wikimedia

Paseo de Montejo is a notable avenue in Merida, Mexico. It is inspired by the French Boulevard. Many beautiful buildings are built along the avenue by wealthy Yucatecans of the 19th century.
Source: Wikipedia, Image: mexicodestinos.com

12. Once The Richest In The World

From the late 1800s to the 1920s, Merida was the richest city in the World as it was the leading producer of henequen, a plant that is used to make ropes.
Source: forbes.com, Image: worldofsucculents.com

Palacio Canton was once the residence of the governor and general, now, it is a museum and a home to Yucatan history and Anthropology.
Source: en.travelbymexico.com, Image: Wikimedia

14. A Short Drive From Merida

Just ten miles north of Merida, there lies Dzibilchaltún, a ruined site of Maya Civilization. The most famous structure in Dzibilchaltun is the Temple of the Seven Dolls, so named because of seven small effigies found where the temple was discovered in the 1950s. If you have come here, take a bath in Cenote, a large reservoir.
Source: themayanruinswebsite.com, Image: Flickr, Image: Flickr

Just 40 km south-east of Merida, there is a pre-columbian site, Mayapan. Mayapan was the cultural and political capital of the Maya civilization during the late post-classic period from the 1220s until the 1440s. The whole site is the UNESCO World Heritage Site.
Source: locogringo.com, Image: locogringo.com

Merida is a cultural center in the Americas; it has several museums, art galleries, movie theatres, restaurants, and shops. Merida abounds with colonial buildings and the day in Merida is devoted to dance and musical performances. In the years 2000 and 2017, Merida has served as the American Capital of Culture.
Source: Wikipedia

17. One Of Safest Places In Mexico

Unlike the rest of Mexico, Merida is a very safe place. Crime is major problem in other Mexican places, but in Merida, you feel safe and tranquil.
Source: lonelyplanet.com

Shukla Sundeep - February 1, 2017
0
Leh Ladakh is the Northern most part of India located in Jammu and Kashmir. The scenic grandeur of entire Greater Himalayas is unmatched, but the...