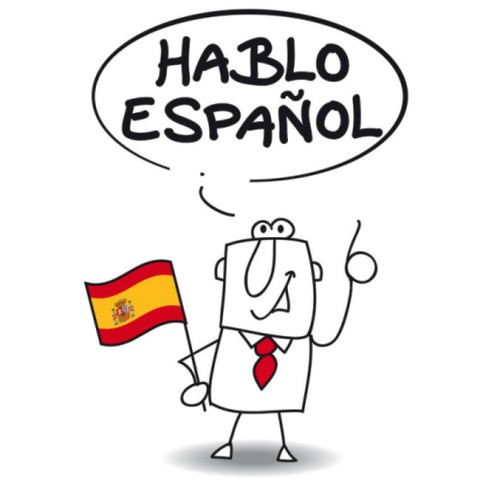 Approximately 450 million people in the world speak Spanish, which makes it the second most spoken language. Chinese takes the first with about one billion people speaking Chinese. English comes third with about 335 million people using the language.
source: fluentu.com, image: citylifemadrid.com

There are about 17 tenses in Spanish for all the three moods – Indicative, Subjunctive and Imperative. That’s a lot of tenses we’ll have to get right if we consider learning the language!
source: takelessons.com

3. That’s how you begin a question in Spanish!

In Spanish while beginning a question, an inverted exclamation mark ‘¡’ or an inverted question mark ‘¿’ is used at the very beginning of the sentence. These punctuation marks do not exist in any other language except Spanish.
source: fluentu.com

There are various nouns in Spanish that have their spellings in common but on changing the gender they refer to completely different things. For instance el cometa means the comet and la cometa means the kite.
source: takelessons.com 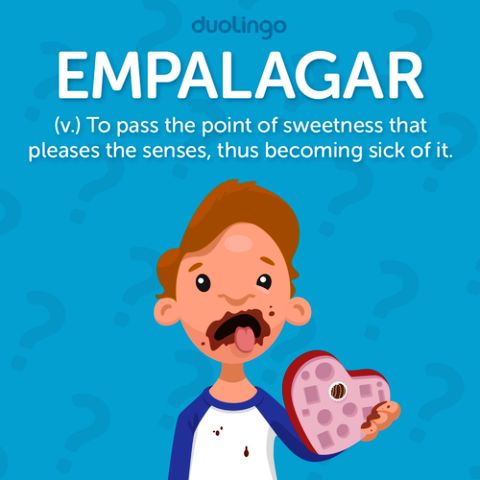 Translation of Spanish into English takes up more words. Spanish has various such words that can’t be translated into English in a single word. Taking the words empalagarse as an example, it means to feel sick because of too much sweetness in the food and at the same time it is figuratively used in romantic situations. The fact that just one word says so much in Spanish is beautiful.
source: takelessons.com, image: tumblr.com

The two phrases – ‘Te amo’ and ‘Te quiero’ can be used to depict the feeling of love. The former is typically used between lovers and close family members; the latter, however, is used in a very friendly way and not the romantic way.
source: fluentu.com

There are lots of words that appear similar in Spanish and English but have completely different meanings so we call them false cognates or false friends. For instance, embarazada is similar to embarrassed in English but it means pregnant in Spanish.
source: takelessons.com

9. Now we know what those marks are for!

No, they are not just for decoration. There are two different purposes of using accent marks in Spanish – One to show where the emphasis falls on a particular word when pronounced; second to differentiate between words that spell the same. For example: camino (way, road) and caminó (past tense for caminar-walk). Also, Accent marks are only used above vowels (á, é, í, ó, ú).
source: spanishtomove.com

10. The favorite language of Nobel Prizes!

Spanish is a favorite language at the Nobel Prizes and there have been eleven Nobel Prizes for the Spanish literature so far.
source: infogr.am, image: donquijote.org

11. The maximum Spanish speakers are not in Spain!

The maximum Spanish speakers are not in Spain but in Mexico.
source: source: infogr.am

Shukla Sundeep - August 20, 2015
0
Tiger Woods is an American golfer who is considered as one of the most successful golfers of all time. There had been many great...

24 Interesting Facts About The Bahamas