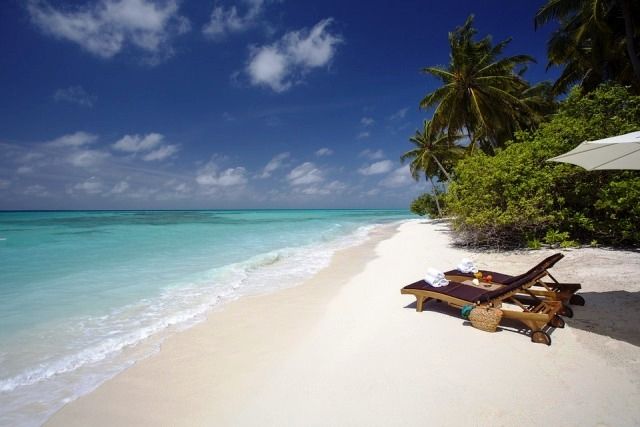 2. Once The Home Of Taino

The Island Hispaniola was the home of the Taino people before the advent of Europeans. Taino people settled here in the 7th century AD. Taino not only settled Hispaniola but, other nearby Caribbean Islands also.
Source: blackhistorymonth.org.uk

According to sources, the first European contact to the Island took place December 5, 1492, when the great explorer, Christopher Columbus arrived, he started to maintain a friendly relationship with the locals. However, later, he claimed the region for Spain and colonized the whole Hispaniola Island. In March 1493, he returned to Spain.
Source: history.com, Image: Wikimedia

The Dominical Republic is the only country in the world that has the Holy Bible in its flag.
Source: proprofs.com, GIF: Gfycat

5. It Was Called Santo Domingo!

6. Do They Speak Spanish?

Country’s official language is Spanish. When Spaniards came here, they gave their tongue to the native people of the region. According to the 1514 Census records, about 40% of Spanish men in Santo Domingo were married to Taino women. However, at present, some Dominicans have Taíno ancestry also.
Source: Wikipedia, GIF: hypixel.net

In the Dominican Republic, people are very loyal to their families.
Source: thefactfile.org

8. Famous For The Beaches 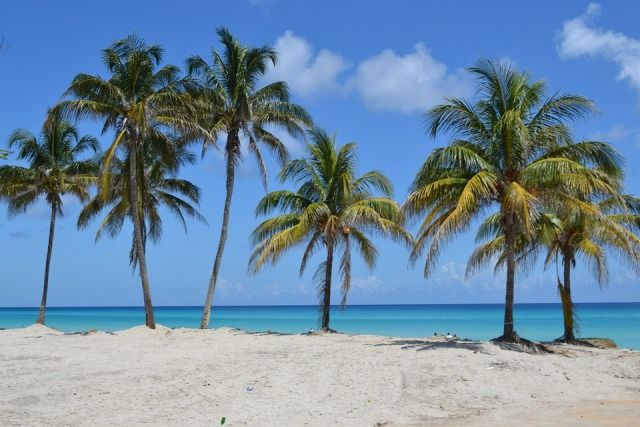 9. Under The Spell Of Santo Domingo

The capital city of Santo Domingo is really a charming city. The city offers a variety of things to explore including Museum of the Royal Houses, Plaza de España, Alcázar de Colón, Faro a Colón, Basilica Cathedral of Santa María la Menor, etc. It’s unique culture will get you captivated and lure you to visit again. Faro a Colon is a lighthouse that was erected on the 500th anniversary of the discovery of the island by Christopher Columbus.
Source: theculturetrip.com, Image: Wikimedia

10. The Oldest Cathedral In Americas

Cathedral of Santa Maria la Menor is the oldest cathedral in the Americas. It is located in the capital city, Santo Domingo and dates back to 1512.
Source: sacred-destinations.com, Image: Wikipedia

11. Subjugation By Spain And The United States

The Dominican Republic first came under the control of Spain from the 16th century to the 19th century and later until 1965, it was under the domination of the United States.
Source: Wikipedia

12. Once Ruled By A Dictator

The Dominican Republic was once ruled by the dictator President Rafael Trujillo. He was the President of the country from 1930 to 1961. He was trained by U.S. Marines in 1918 and elevated to commander in chief of the National Army by 1927. However, he was very effective President and during his tenure, economic growth took place in the country.
Source: history.com, Image: biography.com

People of the Dominican Republic love to live in a joint family. Even after marriage, families do not break up.
Source: thefactfile.org

14. Known For The Golf Courses

The Dominican Republic is a popular destination for those who love playing Golf. It’s golf courses near beaches attracts thousands of golfers each year. It is the premier Golf destination in the Caribbean.
Source: top100golfcourses.com, Image: caribbeangolftours.com

15. Favorite For Weddings And Honeymoons

The Dominican Republic is one of such countries which are considered favorite for weddings and honeymoons. For Americans, it is a popular destination for weddings.
Source: thefactfile.org, Image: Flickr

Around 90 km north of the Dominican Republic, the Silver Bank is one of the few breeding and calving zones of the North Atlantic Humpback Whale. In 1986, it was declared a whale sanctuary by the then President Joaquin Balaguer. The area was later enlarged and renamed the “Sanctuary for the Marine Mammals of the Dominican Republic.” The Silver Bank and surrounding areas play host to thousands of migrating North Atlantic Humpback Whales each year.
Source: aquaticadventures.com, Image: Flickr

17. Have You Ever Drunk Presidente?

They have a beer named Presidente. It is among the most distinctive cultural symbols in the Dominican Republic.
Source: dr1.com, Image: Flickr

18. Are They Baseball Lovers?

Yes! they are Baseball lovers. The National Sport of the Dominican Republic is Baseball and the best Baseball players in the world are Dominicans.
Source: yourconcierge.net, GIF: giphy

The capital city of Santo Domingo is the oldest city in the Americas. It was founded by the brother of Christopher Columbus, Bartholomew Columbus in 1496. It hosted the first colonial rule under the Spanish Crown in the New World.
Source: multiculturalkidblogs.com, Image: Wikimedia

In most countries, people take alcohol mostly in the evening, but in the Dominican Republic, it is quite normal to take alcohol at any time of day and night.
Source: thefactfile.org, GIF: gifer.com

The country experiences a warm and sunny climate most of the year. This is why the Dominican Republic is also known as the place of the Endless Summer.
Source: usit.ie, GIF: giphy.com

It is the largest economy in the Caribbean region and the ninth largest in Latin America. In past, Agriculture and mining were the main industries in the country but, now the service sector accounts for the dominant part of the economy.
Source: facts.net

23. Country Of The Oldest University In New World

In the southern Dominican Republic, there is a town named, Polo, which is known for its green mountains and coffee production. In Polo, there is a place called El Polo Magnético  (the magnetic pole), if a car or any vehicle is stopped at the right place, it does not go down the hill. The vehicle rolls up the hill despite the descent. This is an optical illusion and called gravity hills in science.
Source: multiculturalkidblogs.com

25. Armed Forces Do Not Vote

In the Dominican Republic, Soldiers and Policemen are not allowed to cast their vote.
Source: thefactfile.org

26. Oldest Castle In The New World

Alcázar de Colón is the oldest castle and first fortified place in the Americas located in the capital city of the Dominican Republic, Santo Domingo. It was built by the Spaniards in the early 16th century.
Source: visitdominicanrepublic.org, Image: Wikimedia

27. Only Country In The World

It is the only country in the World to produce a rare blue variety of the silicate mineral pectolite. It also exists in different colors, i.e., white, light blue, green-blue, dark blue.
Source: thefactfile.org, Image: Wikimedia

If you are driving in the Dominican Republic and held up in the traffic, like others, honk as much as possible. It does not bother Dominicans.
Source: dr1.com, Image: Tenor

El Carnaval de la Vega is a carnival festival held annually on February 27 in the city of La Vega. The El Carnaval de la Vega dates back to 1500s when the first European settlers arrived. On this day, the Dominican Republic got independence and festival signifies the victory over evil. People wear haunting devil masks and take part in the procession.
Source: atlasobscura.com, Image: Flickr

Most of the people who visit the Dominican Republic, they do not forget taking Sancocho in their lunch or dinner. Sancocho is a very tasty soup made up of Meat, vegetables, broth, Yuca, and Platano. It is usually served with rice, beans, and salad.
Source: theculturetrip.com, Image: Wikimedia

Abortion is completely banned in any case in the Dominican Republic. However, some feminist organizations support legalizing abortion in cases of rape, incest or danger to a woman’s life.
Source: Wikipedia

In the north of the country, there lies a city, Puerto Plata in which Amber Museum has an amber stone with a prehistoric mosquito preserved inside it.
Source: thefactfile.org, Image: Wikimedia 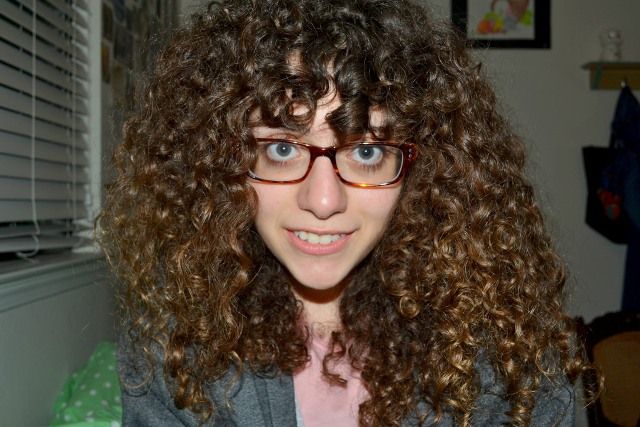 In the Dominican Republic, most of the women have curly hair. If the hair get straight, they go to the salon to get it fixed.
Source: thefactfile.org, Image: Flickr

The rhinoceros iguana is in the vulnerable condition. Only about 10,000 exist in the wild. it is mainly found in Hispaniola shared by Haiti and the Dominican Republic.
Source: Wikipedia, Image: Pixabay

36. Neighbor Also Ruled Over The Dominicans

The neighboring country, Haiti also ruled over the Dominican Republic for around 20 or 22 years from 1821-22 to 1844.
Source: thefactfile.org

37. HIV Is Getting Epidemic 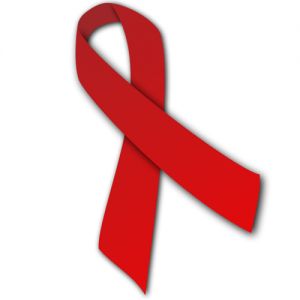 As in 2017, around 67,000 Dominicans have been suffering from deadly disease, AIDS.
Source: unaids.org, Image: leisedireitos.com.br

Shukla Sundeep - October 12, 2015
0
Iguanas, which basically are large lizards, are known for their sturdy structure and saggy skin around their throats and spines. They are regarded as...