Zebras belong to the horses’ family “African equids”, like donkeys. Unlike horses or donkeys, Zebras have rarely been domesticated by humans. The almost designer patterns of every Zebra are unique like our fingerprints. However there is unity in their uniqueness as the patterns are typically vertical on the head, neck, forequarters, and main body but horizontal at the rear and on the legs. However, there is color to their behavior, that differs from one breed to another. All the three breeds have unique diversity. 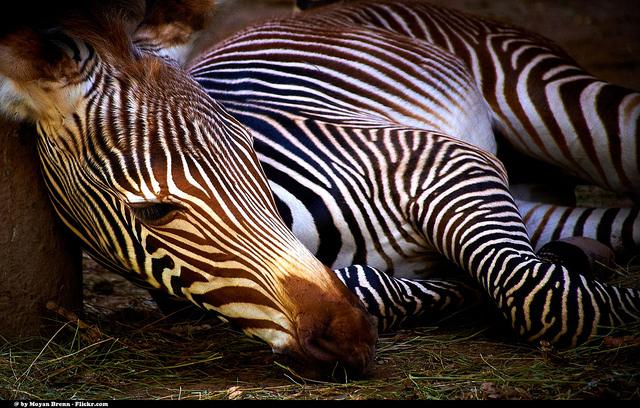 Here are few interesting facts about this beautiful aesthetic form of life that makes us believe in natural existence of creativity in the creation. 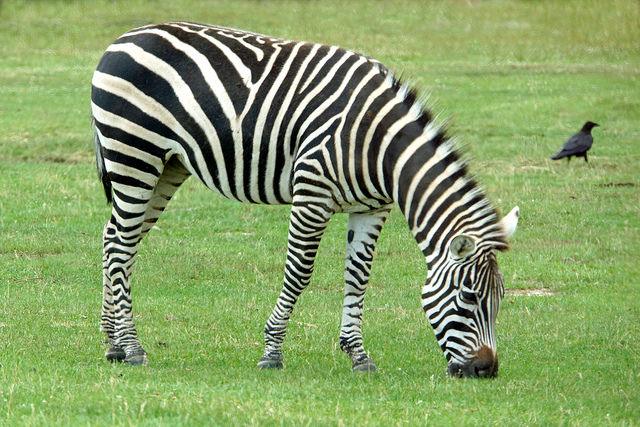 This is the most common species of zebra which is found in Africa in a healthy number. This species is not endangered. It lives in different groups wherever water is within 30 km range. It’s a highly social animal which has a bachelor’s group too. A little outcast within the cast. Plains zebras don’t live hiding from the predators but keep a watch to defend themselves against lions, wild dogs, hyenas and leopards. 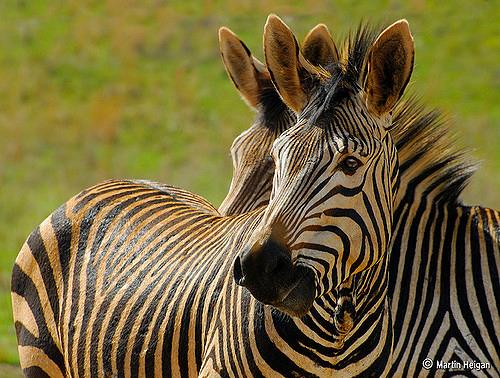 These zebras are lighter than the other species and have two shades of colors to them with white as the common one and the dark color is black or dark brown. Mountain zebras are found on mountain slopes, open grasslands, woodlands and areas with sufficient vegetation. They have bigger ears than their cousins in the plains. 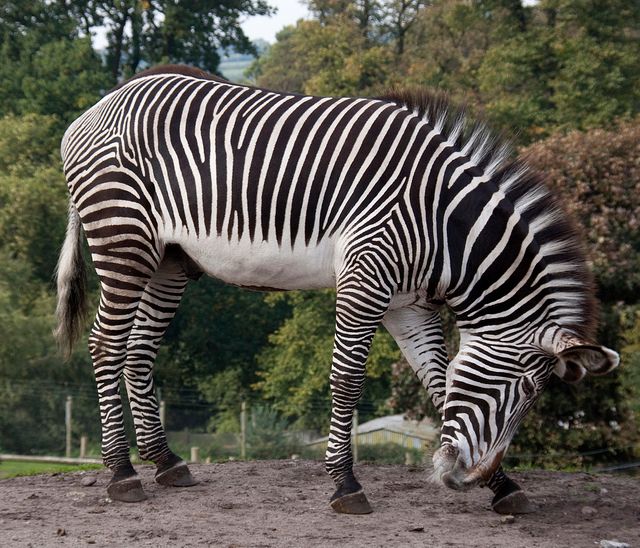 This zebra is the most threatened one among all these three species but also the largest. Named after Jules Grevy, it has stripes narrower and hence more in number as compared to Plains and Mountain zebras. They have bigger ears than other two types. Grevys are the largest too and can survive without water for five days. This one is not so social and are endangered.
Source: Wikipedia.com

Like most of the members of the horse family, two out of three species i.e. plains and mountain zebras live in harems. This harem consists of one stallion, five mares and foals, if any. The bachelors live alone or in a group until it’s strong enough to challenge a stallion. The Grevy zebras are not so social like the others. The groups stay together only for few months. The bachelors stay together in groups and the foals with their mother.
Source: Wikipedia.com 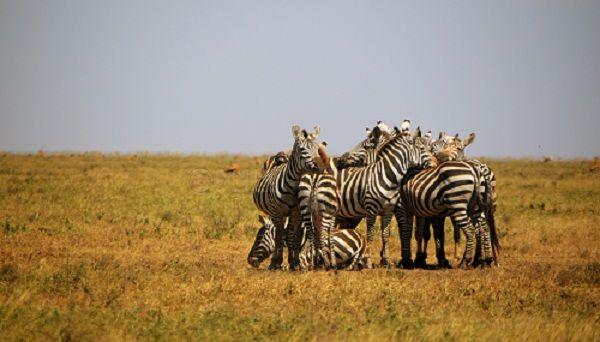 They hurdle with the foals in the middle as the stallion wards them off. Like horses, zebras also sleep standing and they would sleep only if there is another group to watch out. No one said it was easy living in the jungle, especially when you are good food.
Source: Wikipedia.com 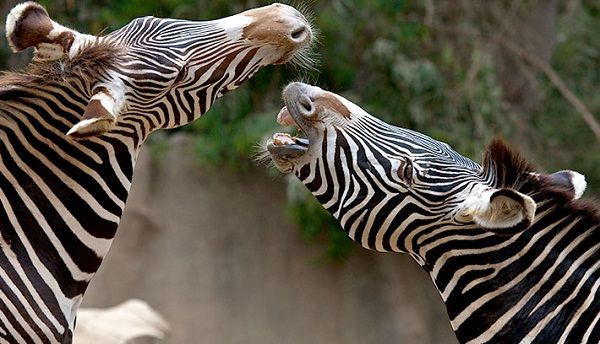 Zebras talk through high pitched barks and whinnying. The ears play a significant role in their communication and depiction of their mood. If the ears stand erect when they are in a good mood, as well as, when they are standing alert looking for a predator. In the latter case, they would also hold their head high and be staring to watch out. Ears pull backward when angry and pushed forward when frightened. They would bark or bray loudly in case they sense danger.

Zebra 1: You awright bro?
Zebra 2: What do my ears look like? :p
Source: Wikipedia.com

The fastest human speed has been recorded by the fastest athlete Usain Bolt at 28 mph in a 100 m sprint. Zebras can run up to 35 mph! In-fact, that’s as fast as a leopard. Not very disappointing for the horse family I hope!
Source: animals.sandiegozoo.org 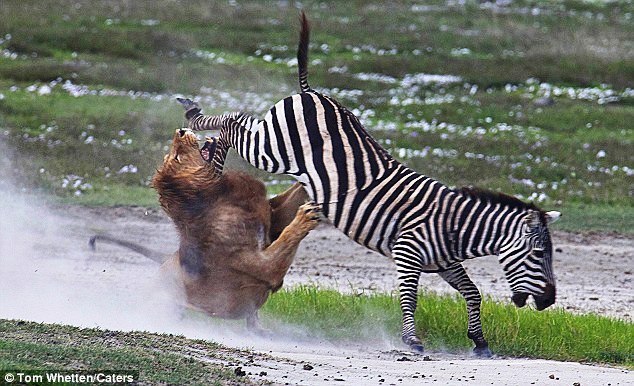 The kick that may put a serious dent in a lion’s rib cage, i guess, is a gift from donkeys. Zebras put up a good fight against the predators. I thought they are just fashionable show offs, as they are standoffish!
Source: animals.sandiegozoo.org

The stripes patterns of the zebras are unique and don’t match any of the other zebras. What is interesting is that opposed to the popular viewpoint, the ground color is black and white forms patterns on that. This design also helps them for protection, as it is hard for the predators to count the zebras in a hurdle.

All the zebras are bonded to their mothers, but unlike a lot of animals, the male counterparts bond well too. If one member of the group is hurt, other members would come circling it to defend them from the predators. They would try to drive the predator away.
Source: onekind.org

The zebras travel for 1800 long miles in search of food and water from Serengiti in Tanzania to Kenya’s Masai Mara. There hard and strong hooves are helpful on rocky surfaces.
Source: discoverwildlife.com

Shukla Sundeep - October 31, 2018
0
Considered to be a verbal revelation by God, the Quran is the holiest book for the followers of the world's second most followed religion,...