Many people are familiar with the set of wooden dolls that comes as a set of figurines which decreases in size as you open them up. Probably you have come across such dolls if you watch a lot of cartoons especially Higglytown Heroes. Well, if it rings a bell, you might know these are matryoshka dolls. They are called by many other names, like the nesting dolls or stacking dolls. But the point is if you know anything beyond their cuteness, which we know that you are probably not well acquainted with. Here are some amazing Matryoshka doll facts that will leave you bamboozled about this amazing Russian creatures. Read on! 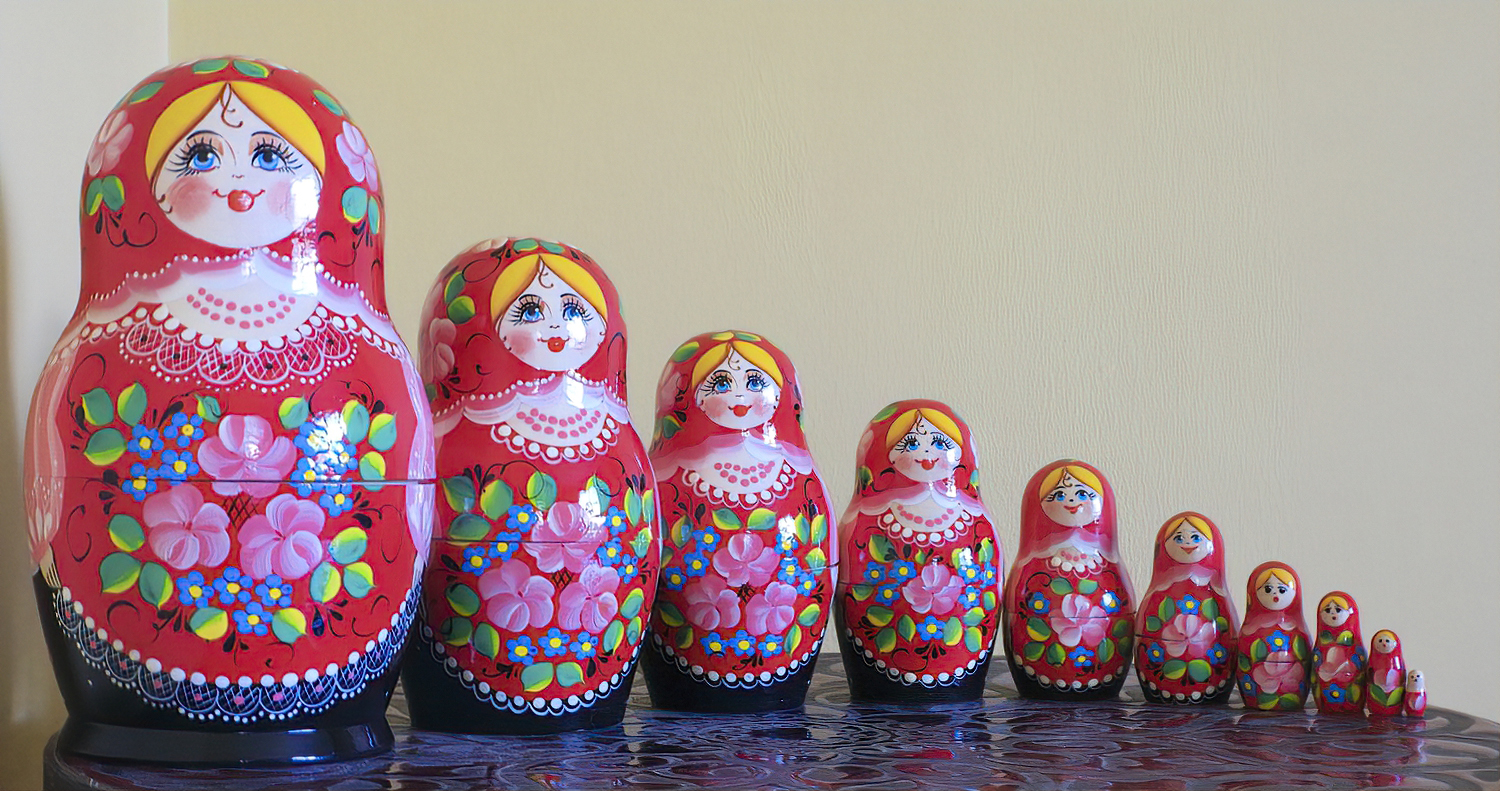 These traditional dolls are credited to the Russian artists who were the reason behind them getting becoming popular internationally. The Russian artists, Vasily Petrovich Zvyozdochkin and Sergey Maluytin, found their inspiration by traveling to exhibitions across Japan where the Japanese dolls, called Japanese Dolls or Daruma were on display. The Daruma were themselves inspired by the earlier dolls in China. The wife of Savva Mamontov, a Russian industrialist and an art enthusiast, exhibited the dolls at Exposition Universelle, Paris, 1900. Here, the dolls earned a bronze medal and it was the beginning of the worldwide production of the Matryoshka dolls as it gained popularity. 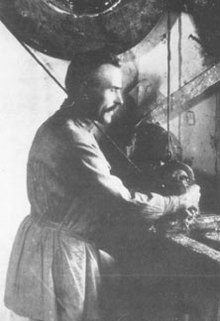 The first-ever nesting dolls were given shape by the efforts of the artists, Zvyozdochkin and Maluytin. It was then exhibited in Exposition Universelle, Paris, 1900, where it won the bronze medal for third place in the toy section. While the other toys remained in a hidden place, the nesting dolls rose to popularity in a jiffy such that now it has become a national icon. There are different kinds of matryoshka dolls present in the market today ranging from the political matryoshkas to animal-inspired matryoshka. There are as many variations as there is creativity.

The interesting part about these dolls lies in its method of construction and the kind of wood employed. It is carved out of the softer woods such as birch. It is harvested and then cured for approximately two years. Then, after the two year period, the dolls are made from a single piece of wood. The logic behind taking a single piece is that the wood has a tendency to expand and contract due to temperature. The largest doll is called a Sarafan and is the last doll which is completed after the smaller dolls. The craftsman works from inside to outside. The dolls are then painted in beautiful colors and sealed with a coat of lacquer.

Source: manythings.org, Image: Flickr
4. Where Did the Name Come From

There is a history behind the names of the doll. The doll got its name from Russian traditional female names, “Matriosha” and “Matryona”. These two names are derived from the Latin word “mater” which equals in meaning to “mother”. The Russian name “Matryoshka” also has a meaning that means “little matron”. Even today, the matryoshka dolls are seen as a symbol of motherhood and potency.

Source: joannebolnick.com
5. How Long Ago?

The Russians have been producing the nesting dolls for a long time now, however, the question arises as to how long? It has been noted that the first set of dolls was crafted in 1890 which is almost beyond a century. As a matter of fact, the early Matryoshka dolls have been said to have resembled a shaved Buddhist Monk.

Source: joannebolnick.com
6. Inspired by the Japanese

How the inspiration of the origin of matryoshka dolls came into being is quite interesting. It actually is inspired by the ancient Japanese Dolls. The first-ever nesting dolls that are ever known are the Fukurama Dolls that had the same concept of 7 dolls placed inside each other which inspired the Russian artist Malyutin. Besides, there is a group of people who believe that these dolls were not inspired by the Japanese ones. They have a belief in the fact that it had been brought to the island where Fukurama was made, called Honshu, by an unidentified Russian Monk.

The intention behind the first nesting dolls was to describe a peasant family according to the creator of the figurine, Malyutin. A typical peasant family included a mother with her seven kids and that is why there were 8 dolls in the initial set of Matryoshka.

When the nesting dolls were crafted at first, the outer most doll was always a woman figure dressed in a conventional peasant dress and a scarf, mostly in red color, which would be wrapped around her head. The smaller figures that were inside it could be of any gender that can be in alternating order, or just females or males. The smallest one is mostly a baby. However, today, there are a hundred more variations on this traditional take of Russian dolls. You can also get it customized as per your own liking. 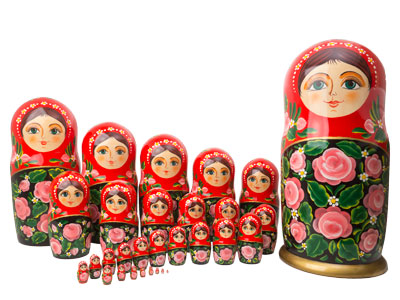 Looking at the popularity of the matryoshka dolls, it wouldn’t be a matter of surprise that many people tried to create a world record with this object. This set of people included ambitious artists and carvers. In 2003, a young Russian artist, Youlia Bereznitskaia made the record for the biggest nesting doll. The outer most doll stood at 54cm and the smallest one at 0.31cm with the 51-piece set hand-painted wholly. What is more amazing is that when these dolls are set adjacent to each other, they cover a distance of 3.14m in length.

After some time passed the events of the bread riots in Russia during the Perestroika movement of the late 1980s, the Russians became aware of freedom of speech and emotion. This had transformed the kinds of Russian dolls being created in that stretch of time. The Soviet Union leaders were made the theme of the dolls by many rebels. One such inspiration was Mikhail Gorbachev, the current leader of that time, who was the outermost and biggest doll, while the smaller figures took the frame of the Soviet’s preceding officers. This comprised of the leaders including Leonid Brezhnev and Nikita Khrushchev, to Stalin, Lenin, and even various important Tsars. Following the demolition of the Soviet Union, the latest variants of the figures would highlight leaders like Yeltsin, Putin, and Medvedev.

Source: ruadventures.com, Gif: Giphy
11. You Can See the Original Version! 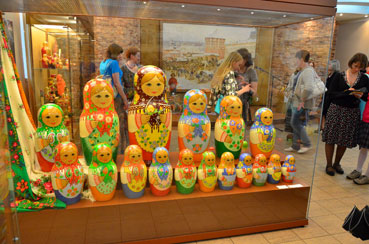 The original version of the Russian dolls that were first created by Sergey Malyutin is still on display in the Museum of Toys in Sergiev Posad, Russia. There in the museum are some old matryoshka sets too that were created decades ago.

The Russian dolls are created such that they follow an exquisite theme. For example, peasant girls in conventional clothes, or some politicians. At first, the theme was inspired by folklore or fairytales intermingling it with the artistic tradition. One of the most popular themes includes floral and related to other components of nature. Celebratory themes like Christmas, Easter, etc are utilized as themes for the figurines. In the modern era, artists create dolls such that it attracts tourists who want to take the dolls as a souvenir.

The matryoshka dolls are oftentimes seen as an emblem of feminism and Russian Culture. It is connected with the typical Russian families and motherhood or potency. The conventional depiction of the nesting dolls is of a mother with her children inside of her and can further be interpreted as a chain of mother and children relationship. It is the continuation of family legacy through generations. In summation, the Matryoshka dolls stand for the unity of body, soul, and mind.

Science has also incorporated the metaphorical meaning of matryoshka as a design paradigm, called the “matryoshka principle” or the “nested doll principle”. This theory is explained as a series of relationships between the objects, more clearly, as the object within a similar object which is included in the design of many other items. To make it more clear, here are a few examples that include the matryoshka brain, the Matroska media container format, and the Russian Doll model of multi-walled carbon nanotubes.

A similar character is that of the onion metaphor. A similar skin exists on the inside when an onion is peeled. This theory is incorporated by the designers in applications such as layering of garments or layout of tables where a more petite table dens within a larger one and another smaller one inside that, forming a succession of a chain. The simile of the Babushka dolls (or its onion equivalent) is likewise adopted in the classification of shell organizations and related corporate structures that are applied in the setting of tax-evasion projects in low-tax fields (for instance, offshore tax havens).

Krishna - May 15, 2017
0
Deep within the Jungles of Southern India and Southeast Asia, there lives a legendary King, respected and feared by all. It is swift, strong,...

14 Interesting Facts About the Himalayas