Michael Jackson, “The King of Pop,” transformed the face of pop music and popular culture. He had the x-factor, music expertise and exploited them in areas like never before. His biggest USP was that his songs were as good as his videos, which is a rare combination in the music world. Let us find out some interesting facts about Michael Jackson:

GIF: tumblr.com
1. Born To A Boxer 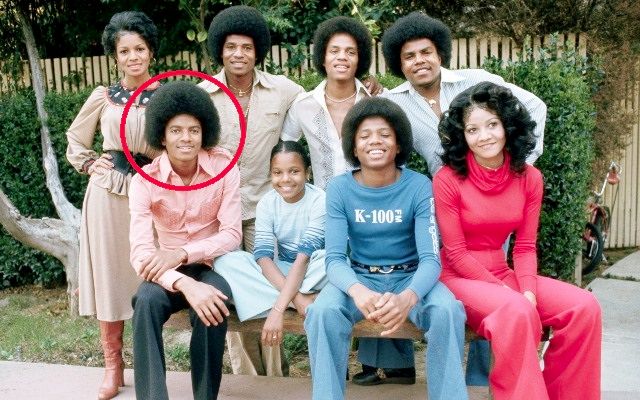 Michael Joseph Jackson was born on August 29, 1958, in Gary, Indiana. His father, Joseph Jackson, was a boxer, steelworker, and a guitarist but to provide for his family, he worked as a crane operator. His mother, Katherine Esther Scruse, was a devout Jehovah’s Witness, but also worked part-time at a departmental store. He had a big family with 3 sisters and 5 brothers.
Source: Wikipedia, Image: pinimg.com

MJ’s father was violent with him and his brothers. He faced physical and emotional abuse during unceasing rehearsals. During an interview, he had revealed that his father used to beat him and his brothers with a strap and didn’t regret doing so.
Source: theguardian.com 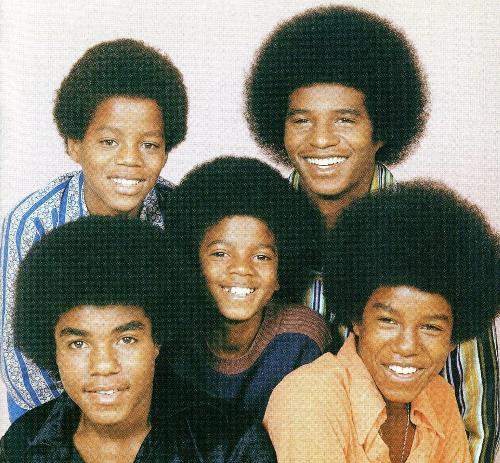 In 1965, Michael’s father made a band called “Jackson Brothers” with him and Marlon and included his brothers Jackie, Tito, and Jermaine as backup musicians.
Source: thejacksons.com, Image: Flickr 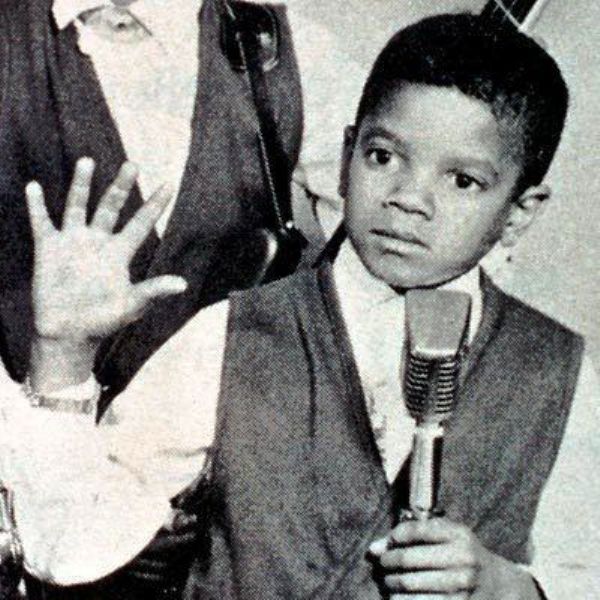 He gave his first public performance at the age of 5 singing Climb Every Mountain.
Source: cnn.com, Image: pinterest.com.au 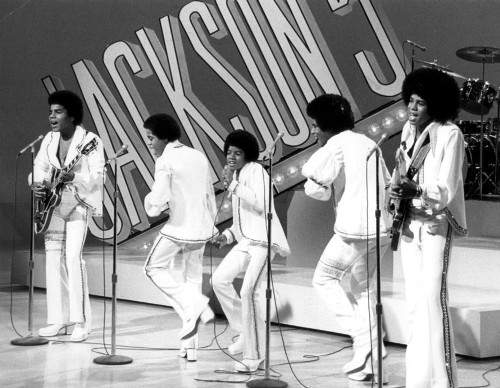 In the late 60s and early 70s, the Jackson 5 recorded many songs, such as Big Boy, The Love You Save, I’ll Be There, Got to Be There, I Want You Back, and many more hits.
Source: thejacksons.com, Image: en.wikipedia.org

6. First Song By A Black Artist On MTV!

His song “Billie Jean” has earned the tag of being the first song by a black artist to be aired on MTV.
Source: Wikipedia, GIF: i.makeagif.com

In 1983, his album- Thriller proved to be a worldwide hit by selling around 65 million copies.
Source: Wikipedia, GIF: giphy.com

The Moment Michael Jackson Moonwalks for the First Time is Legendary!

In 1983, with around 47 million viewers, Motown was a huge success where Jackson performed “Billie Jean” and showed his famous dance move called “The Moonwalk.”
Source: Wikipedia, GIF: Tumblr 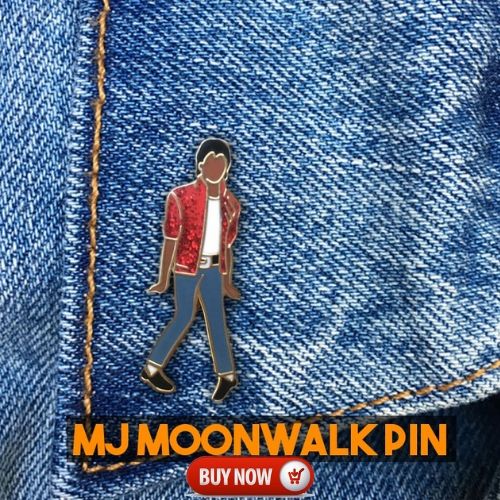 The word “shamone” became popular from MJ’s song, “Bad” released in 1987. MJ used “shamone” instead of “come on” in the song. It is also considered as MJ’s tribute to soul singer Mavis Staples, who used the word, “shamone” in a live version of “I’ll Take You There” in 1975.” 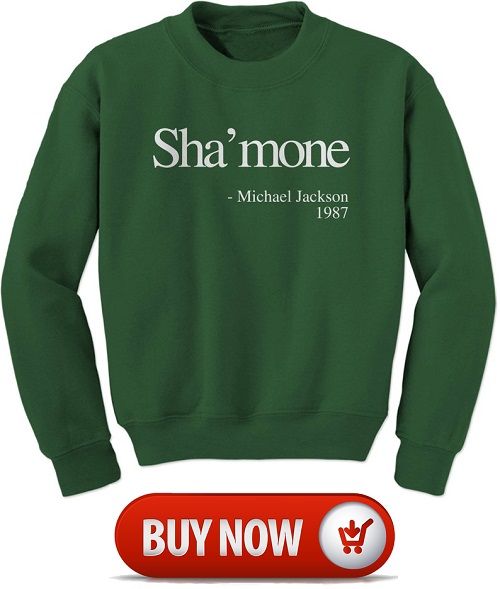 After signing a $5 million deal with Pepsi-Cola, he got severely injured while filming a commercial for them. It caused burns to his face and scalp. When his injuries were getting addressed, he began experimenting with plastic surgery.
Source: biography.com, GIF: Tumblr

11. The Most Awarded Artist!

12. The Best-Selling Album Of All Time!

His album “Thriller” is the best-selling album of all time with around 65 million copies.
Source: boomsbeat.com

13. The Most Expensive Video Ever!

Michael Jackson and Janet Jackson were part of the most expensive video ever “Scream” with a whopping expense of $7,000,000.
Source: mirror.co.uk, GIF: Tumblr

Before his death, MJ was rehearsing for his greatest comeback with around 50 shows in London only. The name of the concert was “This is it.”
Source: mensxp.com, GIF: Tumblr
15. Son-in-law of Elvis Presley! 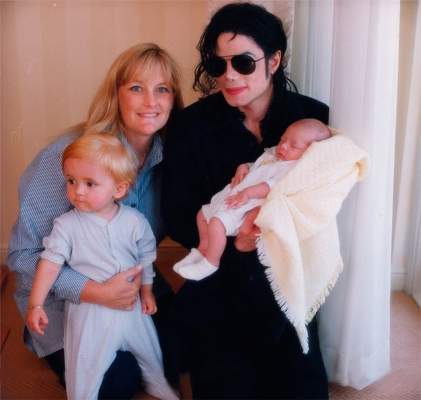 MJ’s 1st marriage with Elvis Presley’s daughter Lisa Marie Presley in 1994 lasted for only 19 months. Later, he had his 2nd marriage in 1996, with Deborah Jeanne Rowe and had 2 kids, Michael Joseph Jackson Junior and a daughter, Paris Michael Katherine Jackson. This marriage also ended in 1999.
Source: mensxp.com, Image: leedevils.net

MJ was a big fan of “The Three Stooges,” an American vaudeville and comedy act.
Source: mensxp.com

17. Suffered From A Rare Skin Disease!

In 1993, MJ was diagnosed with Vitiligo, which is a rare skin disease in which the pigment is lost from areas of the skin, causing whitish patches.
Source: beforeitsnews.co

18. He Left Without Paying His Debts!

19. His Lean Move Was Patented!

On the morning of 9/11, he had a meeting in one of the Twin Towers but luckily missed it because he overslept.
Source: today.com

21. His Pets Range From Mice To Tigers! 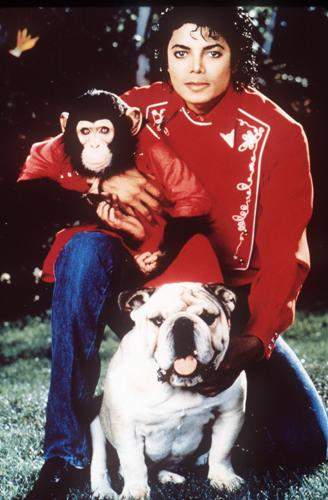 Pets played an important part in his life. He had mice, snakes, birds, llamas, tigers, dogs, and cats, but his favorite pet was Bubbles- the chimpanzee.
Source: weebly.com, Image: nydailynews.com

In the late ’90s, he wanted to purchase Marvel Comics, which had filed for bankruptcy. He wanted to produce and act as Spiderman. But, it failed, and the role of Spiderman went to Tobey Maguire.
Source: telegraph.co.uk

On June 25, 2009, Michael Jackson died at his home on North Carolwood Drive in the Holmby Hills because of acute propofol and benzodiazepine intoxication which led to a cardiac arrest. Later, on August 28, 2009, The Los Angeles County Coroner’s office ruled that Jackson’s death was a homicide and Dr. Conrad Murray was found guilty of the involuntary manslaughter of Jackson.
Source: Wikipedia, Video: CNN

Well! Nobody wants to die young, but Michael Jackson went a step further and wanted to live at least 150 years. For this, he used a customized medical chamber, in which, he could breathe in 100% oxygen, rather than the 21% normal concentration in air.
Source: telegraph.co.uk, Image: buzzfeed.com

25. The Most Significant Cultural Icon

Well! When you talk about Micheal Jackson, superlatives are never-ending. Here’s another superlative that Michael Jackson is considered one of the most significant cultural icons of the 20th century.
Source: nypl.org

26. The Most Collectible Celebrity

Micheal Jackson is also considered one of the most collectible celebrities in the world; as his most iconic costume pieces alongside his red and black leather “Thriller” music video jacket was sold for $1.8 million at an auction in 2011, his iconic black “Bad” jacket, which he wore on his first solo tour, was sold for $298,000, and so on.
Source: reuters.com, Image: Wikimedia

27. The Greatest Entertainer Of All Time

Michael Jackson’s name has been etched in the history of entertainment as one of the greatest entertainers of all time. His contributions to music, dance, and fashion, have made him a global figure in popular culture.
Source: revolt.tv, GIF: giphy.com 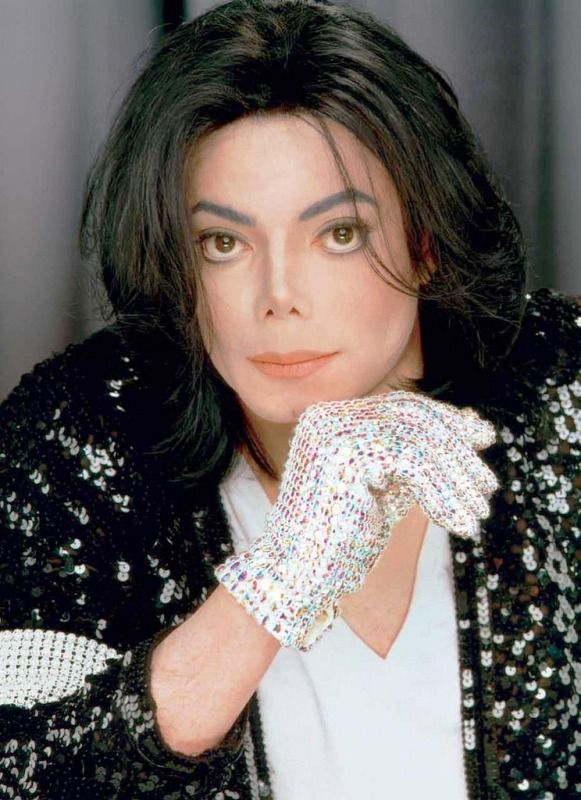 There had been speculations about Michael Jackson’s intentional bleaching. However, his dermatologist, Dr. Arnold Klein, explained that Jackson had a skin disease called vitiligo (vit-ill-EYE-go). Vitiligo causes a person to lose pigment in patches or all over the body and affects 1 to 2% of the population.
Source: edition.cnn.com, Image: Flickr

In August 1993, a 13-year-old boy named Jordy Chandler accused Michael Jackson of sexually molesting him. The boy said that Jackson had molested him repeatedly over a five-month period. He also said that Jackson bathed with him, gave him gifts, and shared a bed with him. Later, Jackson had to pay approximately $25 million to settle a civil suit.
Source: edition.cnn.com, Image: rollingstone.com

In November 2002, Jackson had to face the ire of the media after he dangled his youngest son Prince Michael II over a fourth story balcony in Berlin in front of hundreds of fans. Later, he apologized over his act, saying-

I got caught up in the excitement of the moment. I would never intentionally endanger the lives of my children.”

31. And His Burial Was Delayed; Because…

Michael Jackson’s burial was delayed due to wrangling between Michael Jackson’s sister, Janet Jackson, and his estate. Reportedly, Janet put up the $49,000 deposit at Forest Lawn to secure a spot for Michael but refused to let the funeral take place until the money was repaid.
Source: vanityfair.com, Video: YouTube

On October 31, 2018, Forbes named Michael Jackson number one on its top-earning dead celebrities list, with an estimated $400 million in earnings.
Source: edition.cnn.com

33. He Was Forced To Wear Wigs

Well! We all admire his flowing locks, but very few would know that Jackson was secretly bald. During the filming of a Pepsi commercial, his face and scalp got accidentally burnt, leaving him with sparse hairs, which was also revealed in his autopsy report. After the incident, Michael Jackson was forced to wear a wig.
Source: reuters.com, GIF: pinimg.com

34. Michael Jackson And His Shrinking Waist

In 2012, Michael Bush (Michael Jackson’s costume designer of 26 years), revealed that Jackson had a tiny 28-inch waist that would shrink by an inch during strenuous dance routines. Michael Bush revealed the fact in his book- The King of Style: Dressing Michael Jackson.
Source: dailymail.co.uk, GIF: imgur.com

Krishna - October 27, 2016
0
Sri Lanka is an island country in south Asia. It was formerly known as Ceylon. Sri Lanka is a diverse and multicultural country, Sri Lanka...