Mumbai, earlier known as Bombay is the commercial capital of India. Mumbai is referred to as the city that never sleeps. One of the renowned authors, Salman Rushdie, once quoted-

“You can take the boy from Bombay; You can’t take Bombay out of the boy.”

Let’s explore some interesting facts about this millennium city: 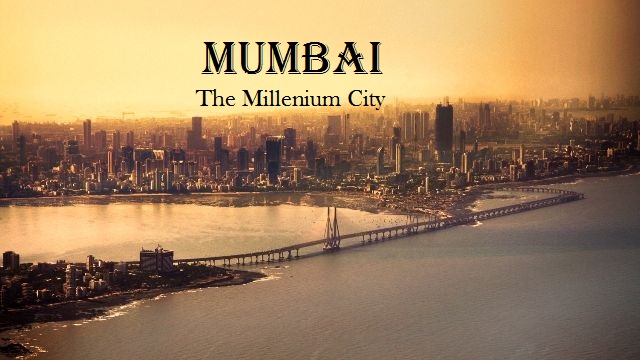 1. Named After a Temple

2. Best Food Suppliers in the World!

Having bicycles and Thelas (a kind of rickshaw often used to shift goods in India) as their conveyance, the Dabbawallas carry-out and drop food from their client’s kitchen/home in a lunch box to the customer’s workplace efficiently. They have been doing it since 1890 every day at a very steady rate. Around 200,000 Dabbas (tiffins) are delivered daily by 5,000 Dabbawalas! Interestingly, no Dabbawala is an employee; he/she is the owner! Every Dabbawala has got an equal share. Their business model is studied by MBA students under case studies to take some ideas about how they work so efficiently.
Source: mumbaidabbawala.in, Image: Wikimedia 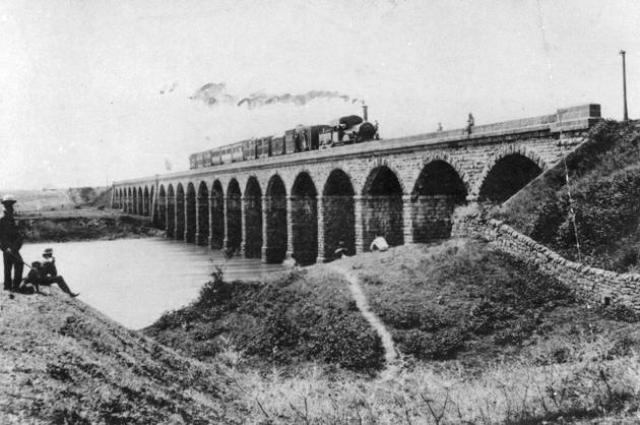 Imagica located near Khopoli on the Mumbai-Pune highway is India’s biggest theme park spread over an area of 300 acres.
Source: The Economic Times, Image: Indiapost 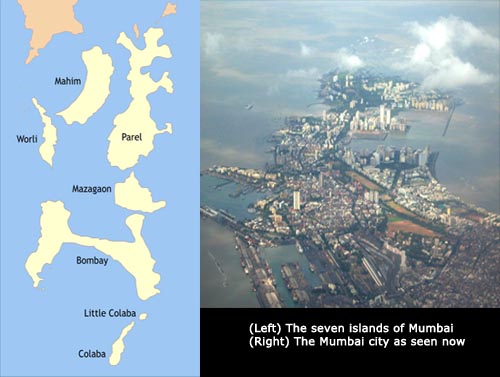 Yes! Mumbai was a name denoted by 7 closely located islands, which were Portuguese territories until the 16th century. In 1961, Portuguese gave England these 7 islands as dowry in Catherine of Braganza & Charles II marriage. Around 60 years (1784-1845) were taken to combine these 7 islands into a coastal city.
Source, Image: Gluebomb.com

6. The Entertainment Capital of India

Often called as Bollywood, Mumbai is the hub of Hindi film industry in India. In terms of the number of films produced each year, Bollywood is firmly on top of the pile with around 1,600 films per year compared to the United States, which churns around 500 films per year.
source: forbes.com, Image: mumbaiwalkingtours.com

7. Home to World’s Most Expensive House!

Antilia, named after an island in Atlantic, is a 27-story wonder house owned by the business tycoon and India’s richest person, Mukesh Ambani. Its current price is around $1 billion.
Source: bbc.com, Image: Wikipedia

Mumbai sea link, officially known as Rajiv Gandhi Sea Link, has a length of around 5.6 km, it is an architectural-wonder as it was made with 90,000 tons of cement and steel wire comparable to the girth of the earth.
Source: bbc.com, Image: Wikipedia 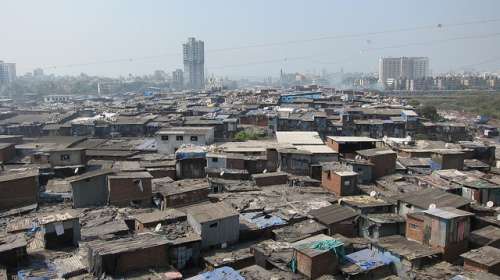 Mumbai is so demanding that even the slums here are considered to be the largest and most expensive in India.
Source: cnn.com, Image: Flickr

Jamsetji Nusserwanji Tata, India’s apex business tycoon and founder of the Tata Group, was the first person to own a car in India in 1901.
Source: Wikipedia, Image: YouTube

11. A National Park in the Heart of the City 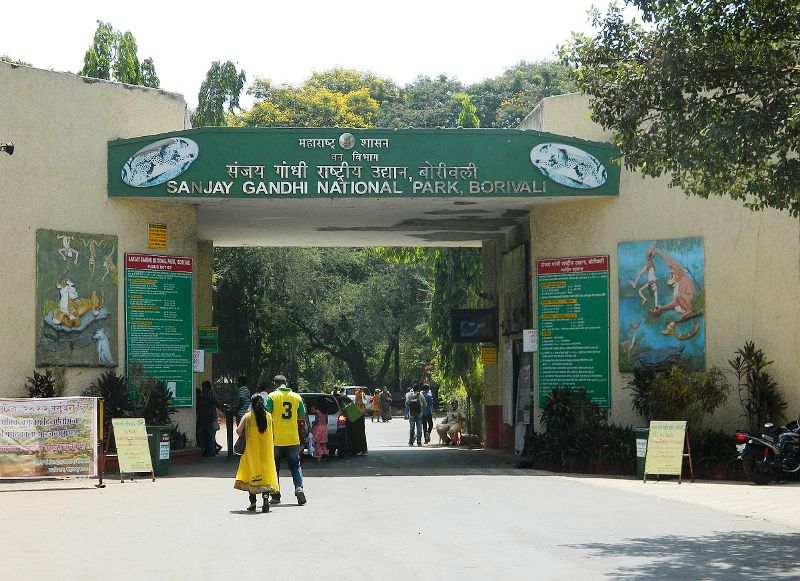 Usually, wildlife parks are situated in the countryside, but Sanjay Gandhi National Park is located in the heart of Mumbai. Dividing the Western and the Central part of the city, this park covers around 104 sq km area with the variety of around 6300 species.
Source: sgnp.maharashtra.gov.in, Image: wikimedia.org 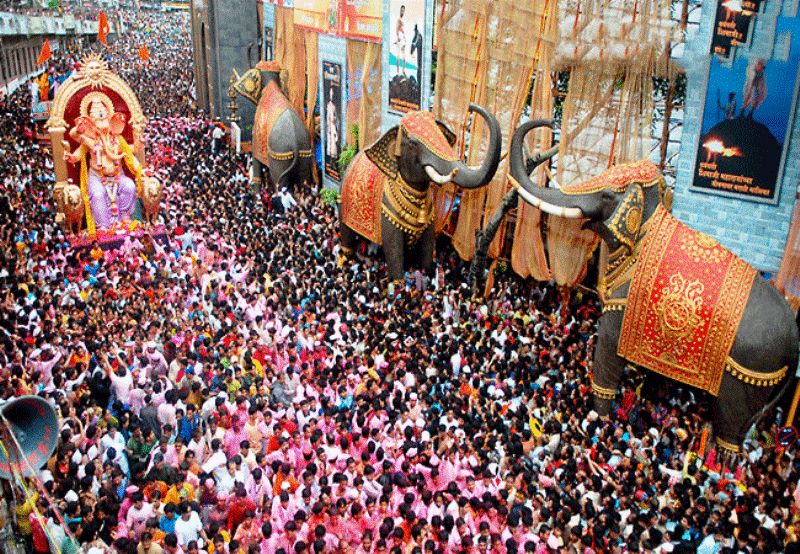 Ganesh Chaturthi is the most popular 10 day festival in Mumbai, which brings the whole city on the street.
Source: Wikipedia, Image: cloudfront.net

14. Mayor of Mumbai Has Almost No Powers!

Although Mayor is considered to be the guardian of any city; here in Mumbai, all authority comes under the CM of Maharashtra.
Source: hindustantimes.com

The negative aspect of Mumbai is that the city is facing a big shortage of toilets. It leads to not only inconvenience but also to unhygienic conditions.
Source: timesofindia.indiatimes.com

Flamingos are pink colored large birds having a long neck. They usually migrate from Afro-Eurasia parts to Mumbai between October to March.
Source: theguardian.com, Image: Wikipedia

17. Gilbert Hill is a Piece of Rarity

Located in the Andheri West, Gilbert Hill is a 200 ft hill of black basalt rock built around 66 million years ago. It was named after a geologist Grove Karl Gilbert. It’s is very often compared to the Devil Tower in Wyoming and the Devils Postpile National Monument in Eastern California
Source: nativeplanet.com, Image: Wikipedia

Way back in 1863, Alice Tredwell, wife of Solomon Tredwell, took the responsibility to build the railway line from Mumbai to Pune; after Solomon’s death within two weeks of arriving in India.
Source: behindbombay.wordpress.com

The Nobel Laureate, Rudyard Kipling, the author of one of the best sellers ever “The Jungle Book,” was born here in Mumbai in 1865.
Source: Wikipedia, GIF: giphy.com

Sounds strange, but it’s a fact that the first post office in Mumbai was opened at the junior magistrate’s home in 1832.
Source: mumbaiwalkingtours.com

With the rising population of migrants in Mumbai, the city has virtually no space to live; as the open space available to every person in Mumbai is only 1.28 sqm.
Source: hindustantimes.com, GIF: makeagif.com

Mumbai has a coastline of about 150 kilometers and the Marine Drive also called Queen’s Necklace, is the most identifiable landmark of this coastline. It’s also the favorite hangouts for people of all ages and from all walks of life.
Source: caleidoscope.in, Image: Flickr

Mumbai’s description without “Vada Pav” would always remain incomplete. A pillowy pav, stuffed with a golden-fried spiced batata (potato) vada, covered with a lick of tamarind and coriander chutneys and a sprinkling of garlicky masala- Vada Pav has grown to be the darling of the masses in Mumbai.
Source: food.ndtv.com, GIF: buzzfeed.com

Built during British rule, the Gateway of India is one of the most iconic tourist places in Mumbai. Inaugurated on December 4, 1924, it was erected in honor of King George V and Queen Mary’s landing at Apollo Bunder on their visit to India. Interestingly, after India’s independence in 1947, the last British ships left the country from the Gateway of India.
Source: indiatoday.in, GIF: gfycat.com

Shukla Sundeep - August 6, 2015
0
Elvis Presley can forever be crowned as "The King;" as his magic never ends. He was the reason behind the popularization of rock and...