Having been found in the tropical and temperate zone of the Earth, Oarfish is rarely seen. Being the longest bony fish in the world, Oarfish belongs to the small family ‘Regalecidae.’ Oarfish is one of those animals, who can survive in some specific conditions under water. To know something more about this beautiful giant fish, let us read some interesting facts about the sea dragon, Oarfish. 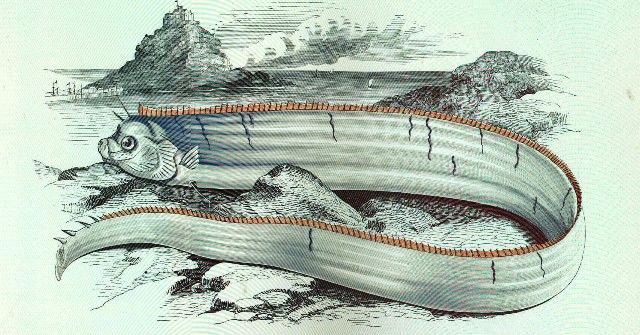 The oarfish is the world’s longest bony fish. They can be up to 56 feet (17 meters) in length and can weigh about 600 pounds (270 kilograms).
Source: news.nationalgeographic.com, Image: Wikimedia

Their body is not like other fish. They look like a giant snake or dragon. Unlike other fish, they lack scales. They have tubercules and a coat of guanine which is topped with an omate, red dorsal fin.
Source: easyscienceforkids.com 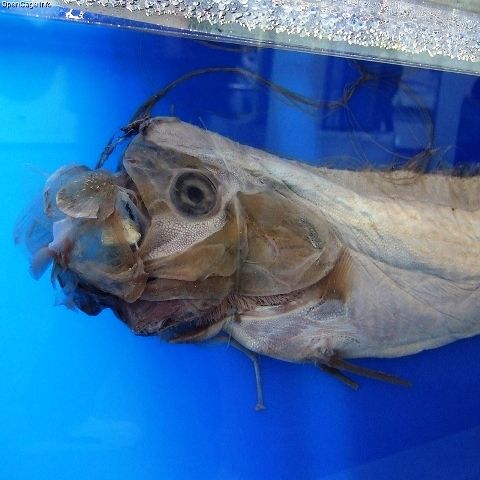 It is like a sticky jelly when it touched. However, its flesh is rare in the market, but the fishermen get it sometimes; its like flabby and viscous.
source: news.nationalgeographic.com, Image: OpenCage.info

They are found in deep water. The oarfish is found living in depths of a mile or more. They can not live in the region with effective sea waves. There have been cases when they have been washed up on to the shore in a state of injury or death.
Source: animalsake.com, Image: news.nationalgeographic.com

If the oarfish is lying dead or injured on the shore in Japan and many other islands in the Pacific Ocean, it is considered the sign of the natural disaster i.e. Tsunami or Earthquake. Just before the 2011 Tsunami in Japan, around 20 oarfish were found on the shore.
Source: ndtv.com, Image: www.livescience.com

The giant oarfish does not eat other fish and other creatures, it eats tiny planktons instead.
Source: news.nationalgeographic.com

7. They Do Not Have Swim Bladder

Unlike other fish, they do not possess the swim bladder. Instead, they row themselves through the water with their pelvic fins.
Source: Wikipedia

Oarfish are rarely seen in the sea. Occasionally, they are spotted by divers or fishermen. In 2016, Animal Planet aired an episode named “Deep Sea Demon” of the television series ‘River Monsters,’ in which British TV presenter, Jeremy Wade, was filmed diving where he encountered with an Oarfish.
Source: animalplanet.com

Krishna - March 8, 2017
0
Persian, also known as Farsi has about 130 million speakers, mainly in Iran, Afghanistan, and Tajikistan. However, it is also spoken by a significant...