Think again if you think Ohio is typical, unexciting and uneventful. From important inventions in American history to straight-up strange laws, Ohio will keep you on your toes and just when you thought you had the state figured out you’ll be in for another surprise. It’s time to uncover the secrets and facts which make Ohio one of the best states in America. Here is a list of some interesting facts about Ohio that just might catch you by surprise. 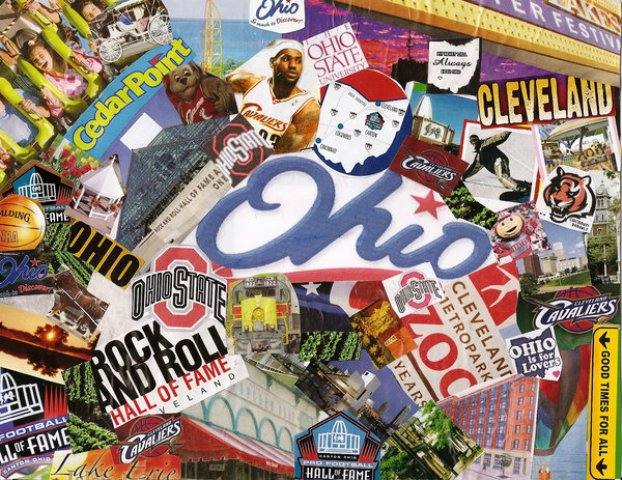 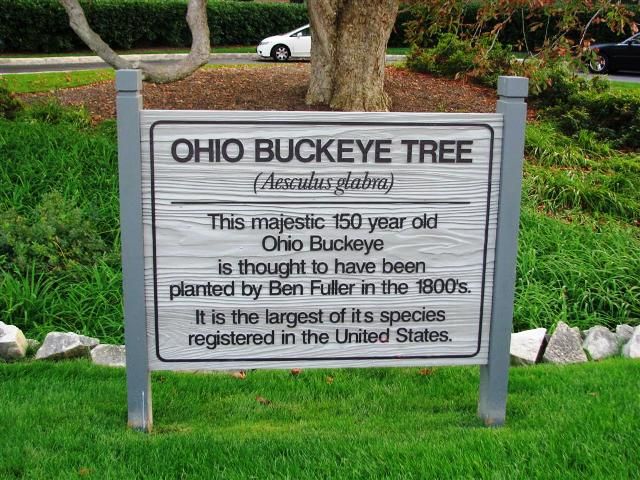 Ohio is popularly known as the Buckeye State. Reason….? The buckeye trees which are spread throughout the Ohio River Valley. These trees produce small brown nuts resembling the eye of a deer; and hence the name Buckeye. Bonus fact: carrying one in your pocket brings good luck.
Source: mentalfloss.com, image: amazonaws.com 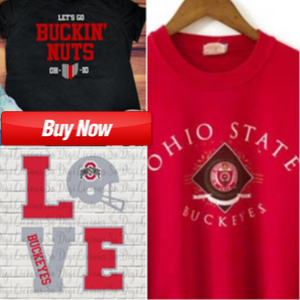 2. One and only Presidential Museum! 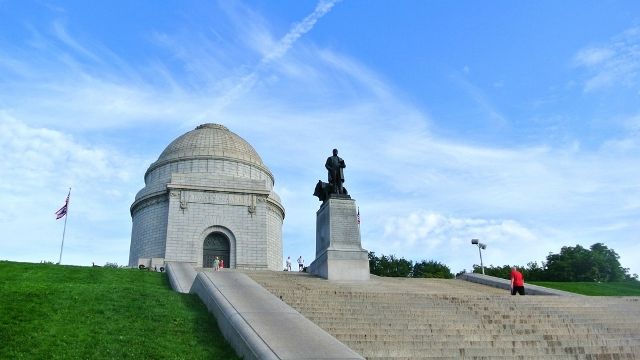 Ohio is home to the “One and Only Presidential Museum” which honors John Hanson and eight others, who were elected and served one-year terms before the Constitution was written. This being said John Hanson, technically becomes the first president of the United States.
Source: mentalfloss.com, image: visitcanton.com

Ohio State has been nicknamed “Mother of Modern Presidents,” as Ohio is the birthplace of seven U.S. presidents: Ulysses S. Grant, Rutherford B. Hayes, James Garfield, Benjamin Harrison, William McKinley, William H. Taft and Warren G. Harding. Two Ohio presidents: Grant and McKinley are portrayed on the US Currency, which is kind of a big deal, don’t you think.
Source: history.com, image: wikimedia.org

No! This isn’t a joke. The Cuyahoga River has caught fire at least 13 times and is therefore nicknamed “The River That Caught Fire.” It was one of the most polluted rivers in the country and would easily catch fire when sparks from the train would fall into the water. Only after elaborate media coverage, it was cleaned up in 1969.
Source: mentalfloss.com, image: water.columbia.edu

The Glacial Grooves on Kelleys Island is a National Natural Landmark. It is considered to be the largest and most easily reachable such groove on this planet. It is quite amazing to see scratches and grooves on the bedrock left behind by the great ice sheet that covered part of North America 18,000 years ago, as it dragged over the surface.
Source: movoto.com, image: Flickr

6. The birthplace of aviation

Ohio is considered as “The Birthplace of Aviation.” The Wright Brothers, credited as inventors of the first airplane hailed from Dayton.
Source: history.com, image: wikimedia.org

Ohio is home to 24 astronauts. Why so many? Role models such as Senator John Glenn, the oldest man to travel into outer space (“the first all-Ohio crew”) and not to forget, Neil Armstrong, the first human ever to walk on the Moon have been inspirational for the Buckeyes.
Source: awesomeamerica.com

Sounds gross right…? But it actually is pretty cool. A couple from Philo, Ohio has made a house completely out of trash, and it turned out to be amazing. The idea was to show how much can be made out of recycled material and the couple nailed it. The house has now been opened up for tours.
Source: discoverohio.com, image: gypsyroadtrip.files.com

9. Company in a basket

Longaberger Company takes the cake when it comes to being unique. Longaberger Company, a manufacturer of wood baskets and lifestyle products, Newark has its corporate office in the world’s largest basket. Today, it not only functions as the headquarters of the company but is a tourist attraction too. Thousands of fans flock to Newark every year to get a glimpse of the basket.
Source: ohiowins.com, image: wikimedia.org 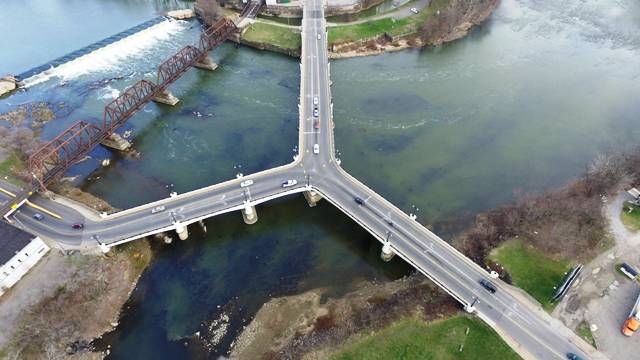 Would you believe it if I say that there’s a bridge which you can cross and still be on the same side of the river? Well, believe it or not, the Y Bridge in Zanesville is one such bridge. It was opened in 1814 to span the confluence of the Licking and Muskingum Rivers and has been reconstructed four times at the same place.
Source: 50states.com, image: imgur.com

I am sure you guys must have seen the movie- Real Steel… remember the robot Atom or Zeus. Yes! Elecktro is somewhat like them only a little old school. Elecktro was originally built by Westinghouse Electric Corporation in the 1930s and could move, speak and smoke cigarettes. He ended up as an attraction at the World’s Fair and is now owned by the Mansfield Memorial Museum in Mansfield, Ohio.
Source: Wikipedia, image: wikimedia.org 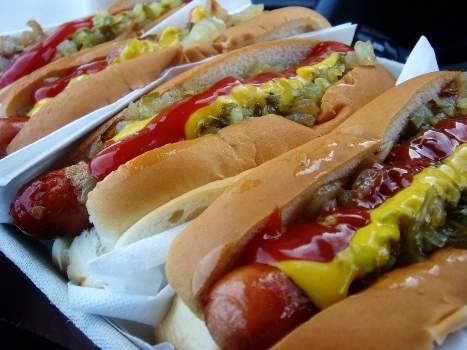 There is a serpent-type monster living in Lake Erie named “Bessie.” Encounters with Bessie dates back to 1817 and has been sighted a lot over the last century and The New York Times even ran a story on it in 1931. Currently, there’s no evidence to support its existence.
Source: movoto.com, image: wikimedia.org

Yes! It’s weirder than you can anticipate. The real reason behind people flocking to the Maid-Rite Sandwich Shop in Greenville is not to be found inside on the shop menu but outside on the walls in a gooey display of gum. People have been sticking their gum on the walls of the building creating the infamous ‘Wall of Gum.’
Source: movoto.com, image: Flickr

15. Attention all the sports buff!

The Cincinnati Red Stockings of 1869 were the first-ever professional baseball team. The Pro Football Hall of Fame is located in Canton, Ohio. Jesse Owens, the Olympics gold medalist, grew up in Cleveland. Long jumper DeHart Hubbard became the first African American to earn an Olympic Gold Medal, and he too hailed from Ohio. The state certainly has a lot of talent.
Source: awesomeamerica.com, image: wikimedia.org

For the sports buff inside you, click below to add to your collection:

Though Cleveland seems like the last place to start one of the most revolutionizing movements in the history of music, surprisingly it did give birth to rock ‘n’ roll when a local DJ Alan Freed promoted the very first rock show at Cleveland Arena on March 21, 1952. This is the reason why the Rock and Roll Hall of Fame is based in Ohio.
Source: movoto.com, image: wikimedia.org 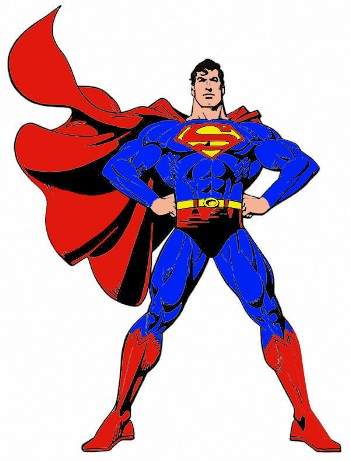 Besides Thomas Edison’s various inventions and rubber production, there are some other everyday things we have the Buckeye state to thank for like the non-stick cookware, ambulance service, electric traffic signals, cash registers, pop-top cans and yes! Not to forget Superman.
Source: Wikipedia, image: orig12.deviantart.net 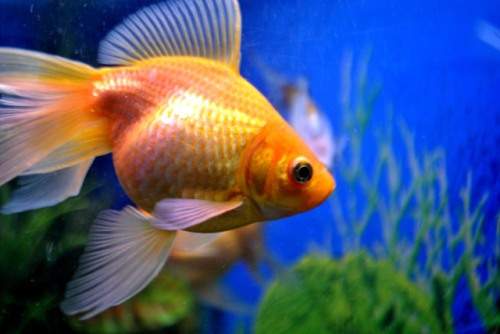 Fishing for Whales on Sunday is illegal. You can’t get a fish drunk. Women are not allowed to wear patent leather shoes in public, and it is illegal for more than five women to live in a house. Lastly, even after breaking the laws as mentioned above, you can’t be arrested on Sunday or on the Fourth of July.
Source: dumblaws.com, image: pdpics.com

Check out some cool Ohio merchandise below: 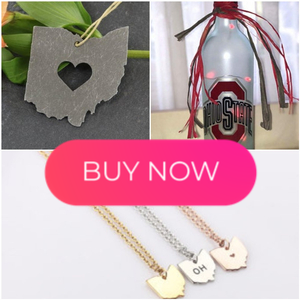 Shukla Sundeep - July 6, 2016
0
Velociraptor, commonly shortened to "raptor", is one of the dinosaurs most popular to the general public due to its prominent role in the Jurassic Park. Also,...