Located in the northwest region of India, Punjab is known for its unique culture and tradition. Being the ancient center of the settlement in the Indian Subcontinent, Punjab is the place where the first civilization of South Asia flourished around 2500 BC. Due to its geographical location, Punjab has been plundered and ruled by many invaders from South Asia. After the fall of Mughal Empire, Sikh influence emerged and dominated the region. The state is famous for Punjabi cuisine, agriculture, festivals, gurudwaras, Punjabi folk dances, etc. Before being enchanted by this place, let us know some interesting facts about the land of five rivers: Punjab. 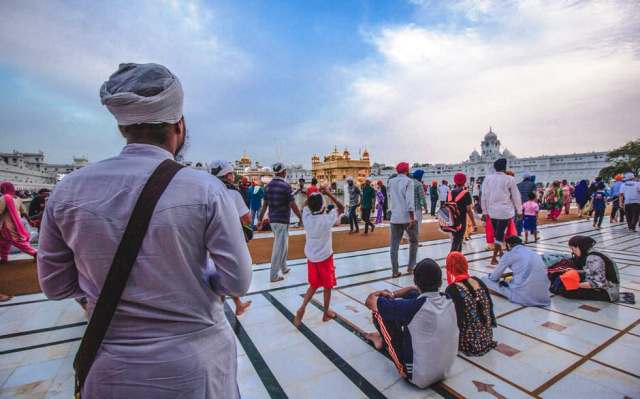 Before the partition of India in 1947, Punjab was a large state in British India. After Partition, Punjab divided into two regions; Indian Punjab and Pakistani Punjab.
Source: Wikipedia, Image: Wikimedia

The modern Indian Punjab came into existence on 31 October 1966 when Himachal Pradesh and Haryana were carved out.
Source: quickgs.com 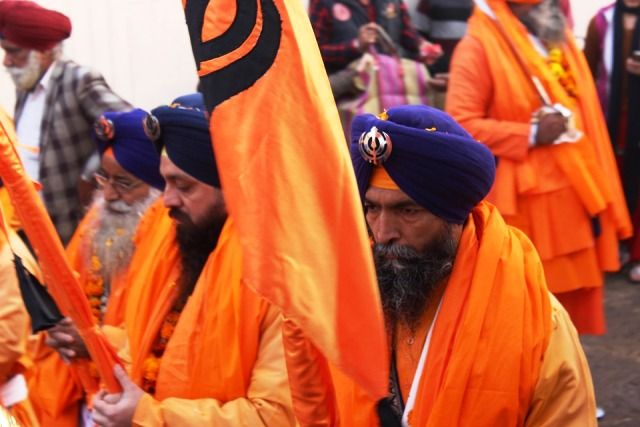 In the late 15th century, Guru Nanak Dev laid the foundation of Sikhism in Punjab. Punjab is the largest state of the Sikh population.
Source: bbc.co.uk, Image: Pixabay

6. Center of the Sikh Empire

In 1799, under the leadership of Maharaja Ranjit Singh, the Sikh Empire was formed. It was a secular empire based in Punjab. It lasted until 1849.
Source: indiatoday.in, Image: Flickr

8. Place of The Holiest Sikh Shrine

In the city of Amritsar, the Golden Temple or Shri Harmandir Sahib is located which is considered the holiest and most important pilgrimage site of Sikhism. The temple was designed by the fifth Guru Arjan Dev. The Gold was installed above the Gurudwara by Raja Ranjit Singh.
Source: goldentempleamritsar.org, Image: Pixabay

Several Rivers are flowing through the state which make Punjab very fertile. Punjab is also called the Granary of India or Bread Basket of India. It produces 17% of India’s total wheat production, and 11% of India’s rice (Data, according to the 2013 report). Agriculture is the largest industry of the state and about 84% of the land is under cultivation.
Source: quickgs.com, Image: Wikimedia

12. Punjab Shares its Capital with Haryana

The land of Punjab is not much forested. Only 1772 sq. km area is forested. Local animals and birds are found in Punjab; buffalos, horses, fruit bat, wild boar, wildcat, hog deer, flying fox, mongoose, squirrel, etc. A few rivers are notorious to have dangerous species of crocodiles. Baaz (northern goshawk) is the state bird while blackbuck is the state animal.
Source: Wikipedia, Images: Wikimedia

Jallianwala Bagh is situated in Amritsar, the largest city of Punjab. On 13 April 1919, Jallianwala Bagh massacre took place here under the command of Colonel Reginald Dyer in which more than 1500 people died and several got injured.
Source: holidify.com, Image: mouthshut.com

When the partition of India took place in 1947, Punjab was divided into two parts; Indian Punjab and Pakistani Punjab. Indian Punjab shares its border with the Pakistani Punjab. The Border is about 425 km in length. Every year, the Wagah-Attari border ceremony is held on 14 and 15 December during the Independence Day of Pakistan and India, respectively. Attari is a village in the district of Amritsar, India, and Wagah is a village in the district of Lahore, Pakistan.
Source: bbc.com, Image: Wikimedia

16. Demand for a Separate Country

In the 1970s and 1980s, the Khalistan movement or the Sikh Separatist movement reached its prominence. However, Operation Blue Star was conducted by the Indian Army to stop the movement in which many Sikh militants were killed and prisoned. Jarnail Singh Bhindranwale was held accountable for the launching the Sikh militancy during the 1980s. This operation led the assassination of the then Prime Minister of India, Mrs. Indira Gandhi.
Source: britannica.com, Image: sikhnet.com

Punjabis are known for their hospitality. They serve their guest their original tasty food which is very popular in the world. The popular Punjabi dishes are Chicken Tikka, Paratha with Butter, Tandoori Chicken, Amritsari Kulcha, Makke ki roti (Bread of Maize), and Sarson ka Saag (Vegetable of Mustard greens). In beverage, they include very famous ‘Lassi.’
Source: culturalindia.net, Image: seriouseats.com, Image: Wikimedia

Shukla Sundeep - August 7, 2015
0
There’s no place quite like Las Vegas, and the saying ‘What happens in Vegas, stays in Vegas’ is advised for a reason. There are...