Advanced technology running hand in hand with its old customs and traditions; a fast-growing economy with rich cultural heritage and interesting history that has made, South Korea one of the popular destinations for the tourists. Not only Korea’s popular K-pop culture but food, its constant approach towards development and unique attractions that has compelled people to naturally be inclined to this wonderful country. Here are some facts related to South Korea that might dazzle your brains: 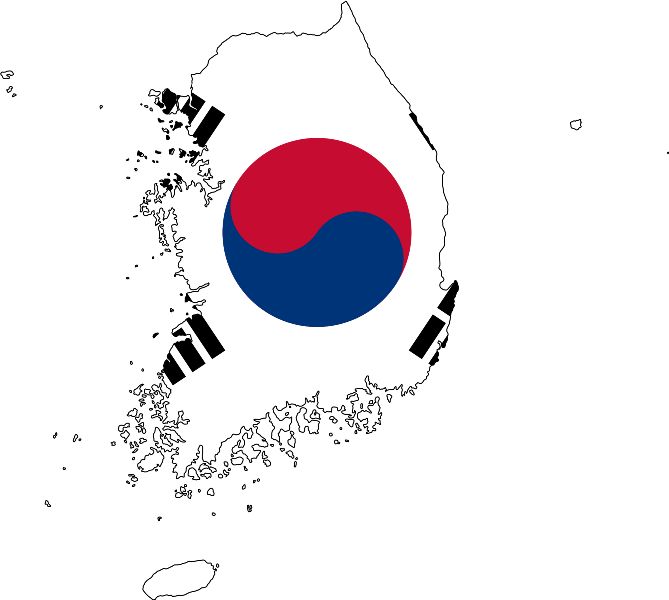 1. Adultery No Longer A Crime 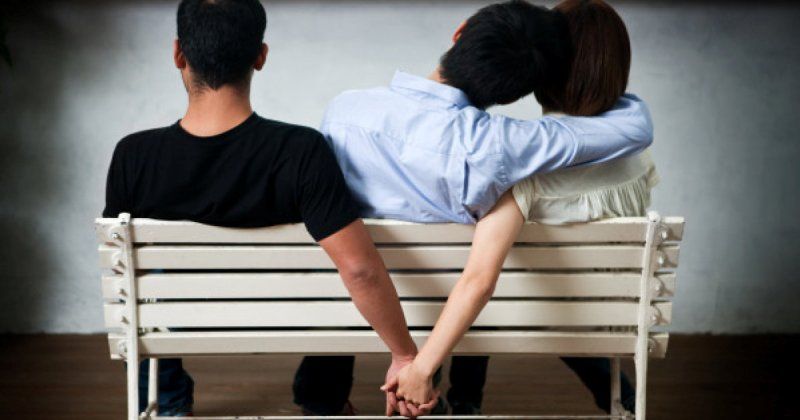 You could have been imprisoned for 2 years if you were found guilty of committing adultery in South Korea. South Korean Constitutional Committee overturned this Law in the year 2015. Thankfully, men can be safe after cheating their wives now.
Source: CNN, Image: aolcdn.com

2. Once A Soldier, Always A Soldier 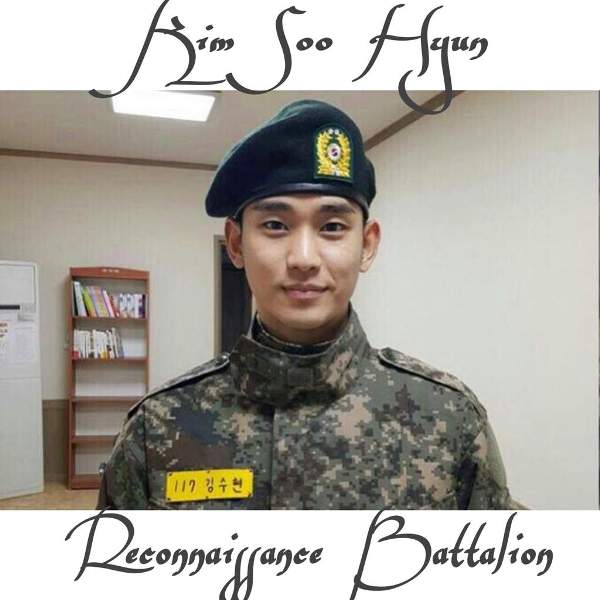 Males in South Korea should enlist in compulsory military service between the age of 21-28 for a period of at least 21-24 months. Women are not required to do that but may perform voluntarily.
Source: Wikipedia, Image: narvii.com

3. What Is Your Blood Type?

Asking a person their blood group in Korea is considered completely normal. Koreans believe that your blood type contributes to your personality. They ask it to check whether you will be compatible with them. It usually happens while making friends or starting a relationship.
Source: koreanclass101.com, GIF: Tenor

4. Your Korean Will Always Be different

Traditionally, in Korea, you are already a year old when you are born and your age increase not with your birthday but with the lunar new year in Korea. So, if you are born in the 4th of February, and new year marks on 5th of February; you will be turning two the next day.
source: BBC 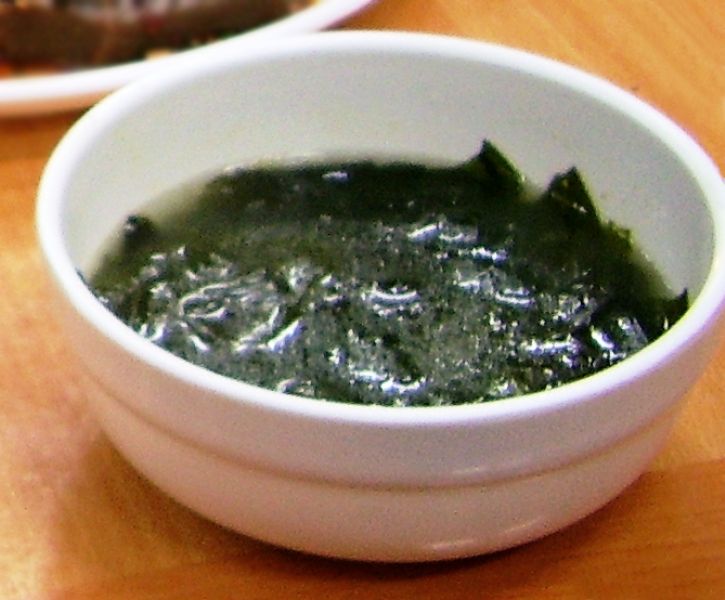 Ever imagined to have soup on your birthday instead of cake? When a woman delivers a baby, she is given the ‘Miyeok-guk (미역국) or seaweed soup.’ This soup is the birthday soup in Korea. It is taken as a tradition to pay respect to one’s mother and is served to guests as a birthday celebration.
Source: Wikipedia, Image: Pixabay 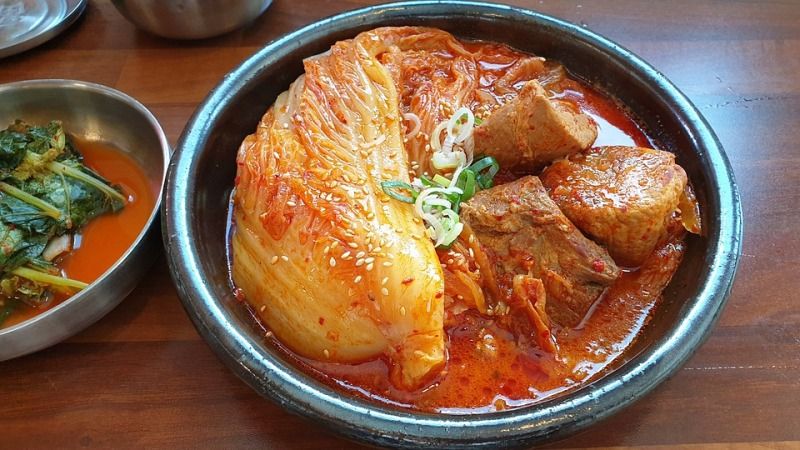 There are more than 200 known varieties of Kimchi.
Source: foodfacts.mercola.com, Image: Pixabay

7. What Will You Give For Housewarming? 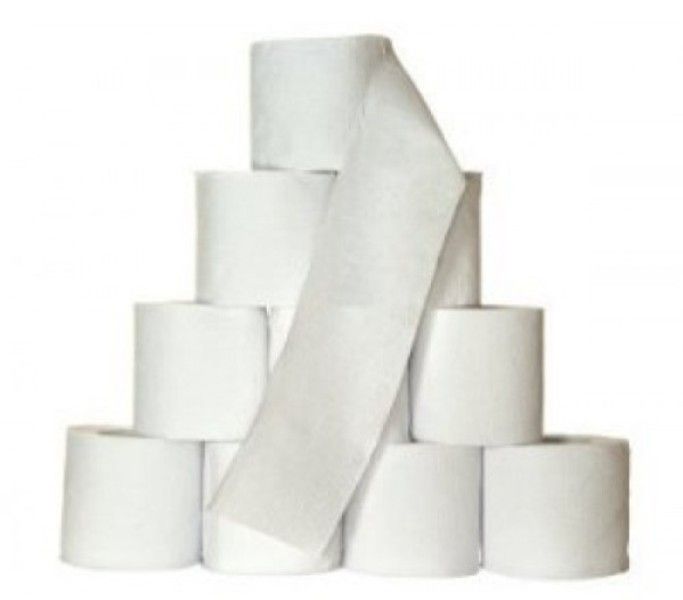 If you are going for a housewarming party and thinking about what to give, you will most probably come to the conclusion of buying either sweets, flowers, or wine. Well, In Korea, toilet papers and detergent powder is the best gift. They symbolize money and prosperity. Isn’t it amazing?
Source: ehow.com, Image: polyplus.com 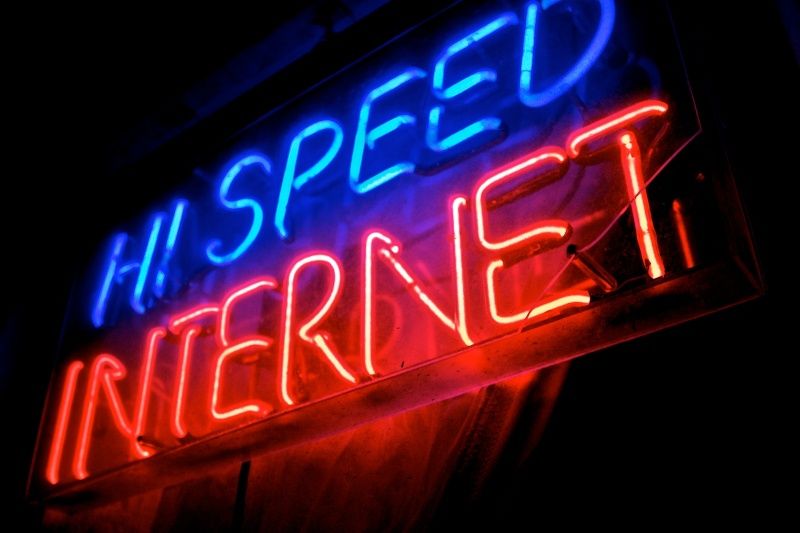 If you are in Korea, you will experience the world’s fastest internet. Good for all the cybernauts!
Source: Telegraph, Source: Wikimedia

In Korea, there’s a dish known as ‘sannakji.’ It is the dish in which an octopus is eaten alive.
Source: mnn.com, GIF: Gifer

Most Popular type of sport played in South Korea are CyberSports. They consider video games as part of the major social activity.
Source: Wikipedia, GIF: Tumblr

In Korea, most of the people have tetraphobia. In Korean 4 is spoken as ‘sa,’ which also means death. Number 4 is considered to be unlucky; this is why most of the people skip the fourth floor in Korea.
Source: ipfs.io, GIF: Giphy

In Korea, there are no vents to blow heat instead they use heated floor system known as Hondol(heated stone).
Source: easytolearnkorean.com

South Korea has the second lowest obese rate in the world.
Source: koreanherald.com

Makeup is just as ordinary for Men like it is for women in Korea. They love doing makeup equally.
Source: cbc.ca, GIF: narvii.com

Koreans forbids writing a name in the red link. Traditionally, the red link was used to write the dead person’s name.
Source: creativeculturient.com

There’s a law in Korea to do shopping and banking online but using Internet Explorer Only.
Source: washingtonpost.com, GIF: Deviantart

Korean are obsessed with faeces and that is why you can see poop shaped cookies or statues everywhere. It is because, in olden times, Koreans believed that if you are prosperous, you will see dung in your dreams.
Sources: theculturetrip.com, GIF: androdollar.com 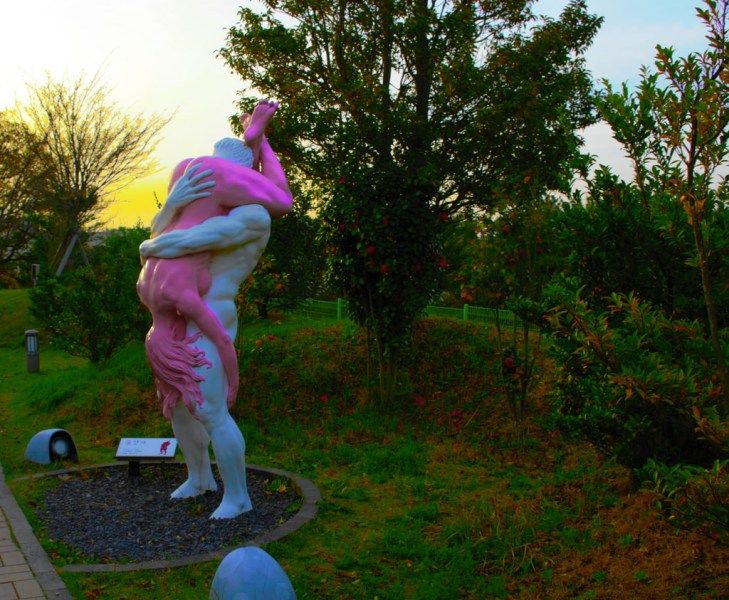 South Korea is also famous for its re-enactment of the crime scene. Imagine if you commit a crime in Korea, police will take you to crime spot and ask you to recreate your crime scene. What’s worst, is that there will be full media Coverage.
Source: koreaexpose.com 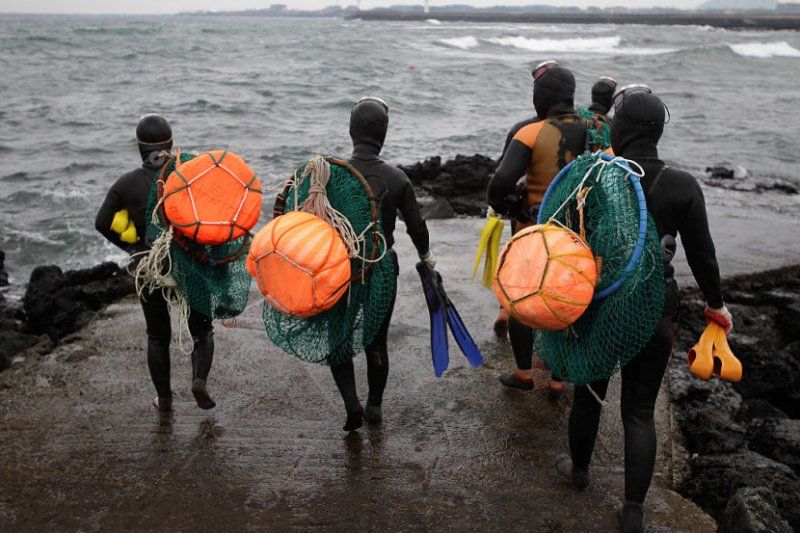 In Jeju Island of South Korea, there is the tribe of the women called Haenyeo (sea women), who go for diving inside the sea to catch marine animals.
Source: unesco.org, Image: hswstatic.com

21. The Capital Of Plastic Surgery

It is completely common to have plastic surgery in Korea. It is also known as the Plastic surgery capital of the world.
Source: businessinsider.com

22. First Astronomical Lab Of The World 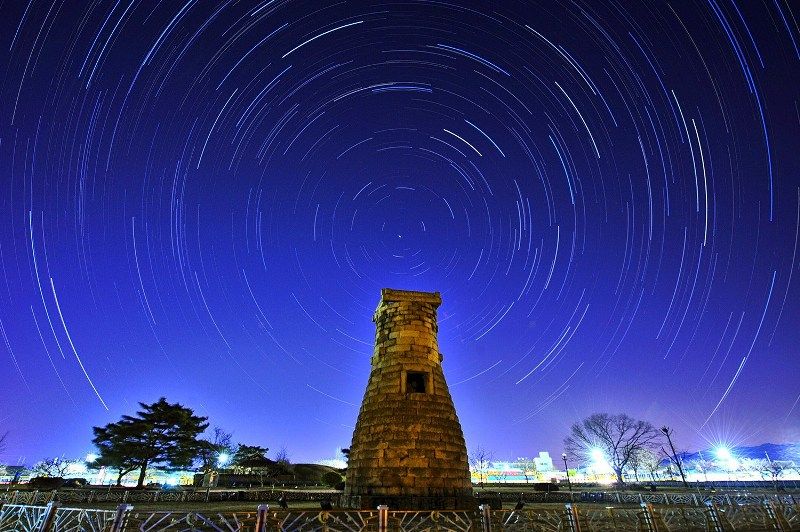 The Cheomseongdae (Chomsongdae) is a 7th-century CE observatory tower located in Gyeongju (Kyongju), the capital of the Silla Kingdom of ancient Korea, is known to be the World’s First Astronomical Lab of the world.
Source: ancient.eu, Image: wp.com 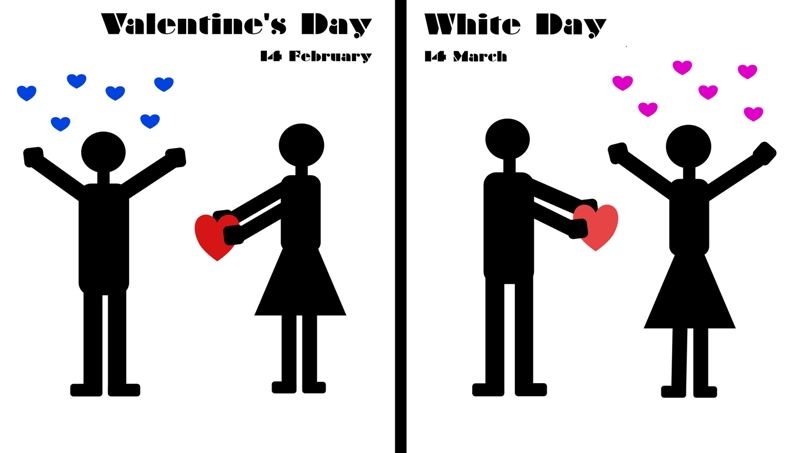 At Christmas, you will find Santa in Blue instead of Red.
Source: cbn.com, GIF: Tenor.com 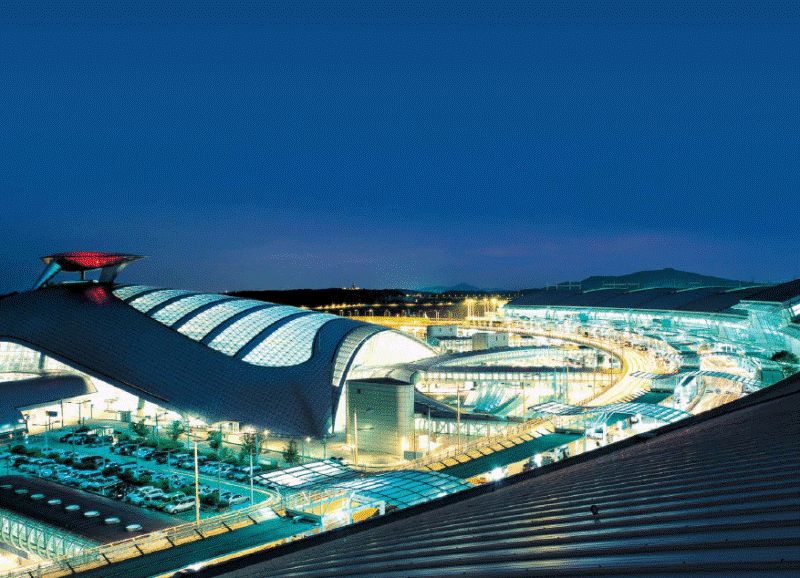 The world’s best airport is Incheon Airport, Seoul. It won the World’s best Airport staff in 2018. It also is one of the busiest airports of the world.
Source: worldairportawards.com, Image: 4.bp.blogspot.com

South Korea is also known as ‘The Breakdancing Capital Of The World.’
Source: huffingtonpost.com, GIF: makeagif.com

29. Country Of The Workaholics

South Korea is the one of the most workaholic capital of the world with estimated share working long hours about 22.6 per cent as of 2018.
Source: forbes.com, GIF: dribbble.com

Don’t worry if you run out of your internet services in South Korea as there is free Wifi available almost everywhere in the country; even if you are inside a bus.
Source: koreaherald.com, GIF: Giphy 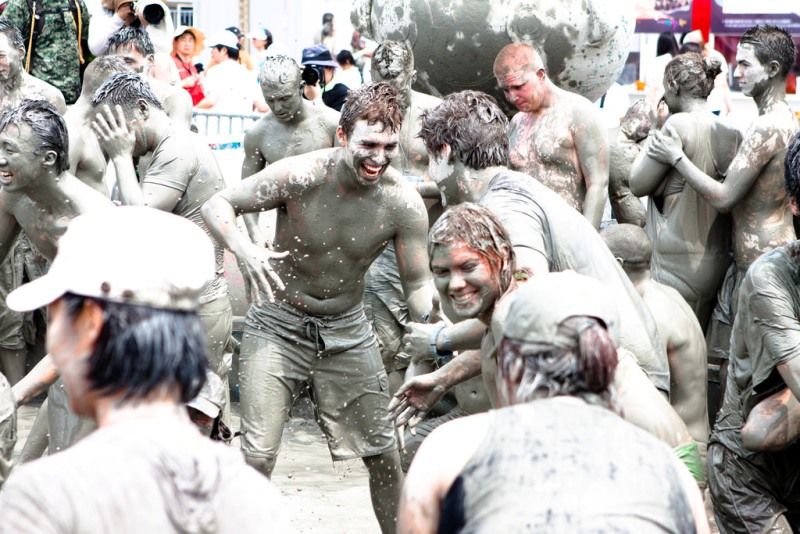 One of the most highlighted festivals of South Korea that has gained huge popularity in the world is ‘Boryeong Mud Festival.’ It was first held in the year 1998 and have millions of participants from around the globe each year.
Source: boryeongmudfestival.com, Image: Flickr

Shukla Sundeep - July 13, 2015
0
Located on the east bank of the Hooghly River, Kolkata truly holds the essence of Eastern India. Being a historical city, Kolkata is home...