Although the Spanish have already given the tribe a name, ‘Tarahumara’, but they prefer to call themselves ‘Raramuri’ or ‘the people’. These Indians constitute to be the largest autochthonous group in the region with a population of 90,000 people. In the whole of North America, they are probably the last of its kind as they have maintained their culture, tradition, and language unimpaired. The reason for this may be the isolation in tiny hamlets where they don’t really have much social interaction but only a social organization including a local governing body and their own customs and rituals that allow them to sustain and grow their language and culture. It is in their nature to have a strong sense of fellowship in which values such as equity, mutuality, and reverence towards each other are general practices.

Here are 22 amazing facts about this runner tribe that will probably inspire you to get off that couch too…and other unbelievable stuff. So read on. 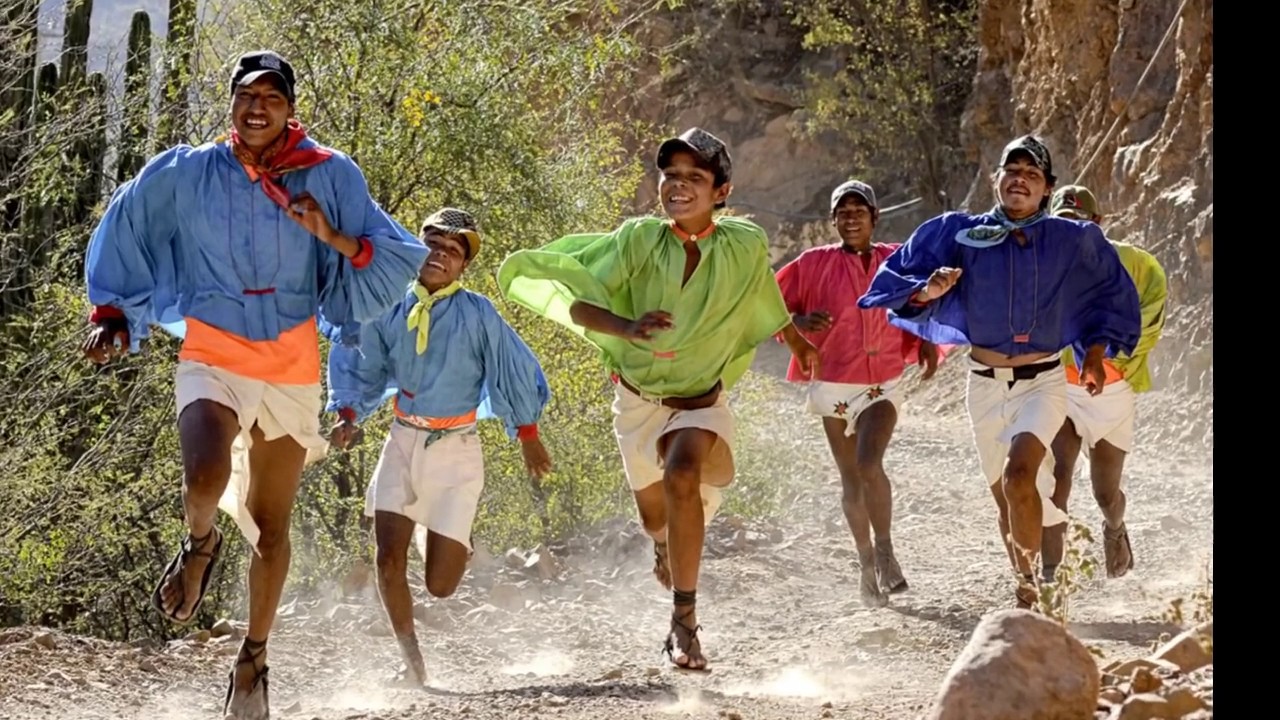 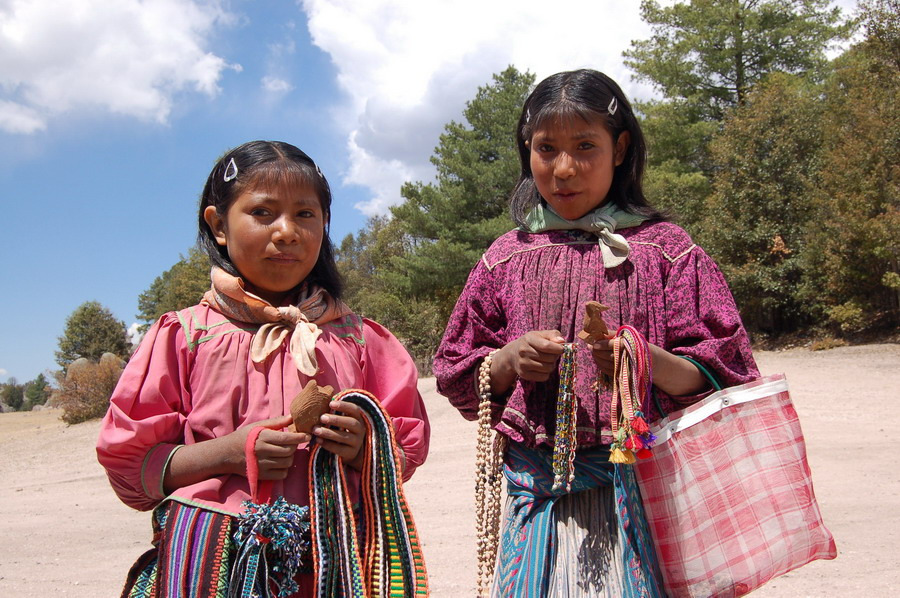 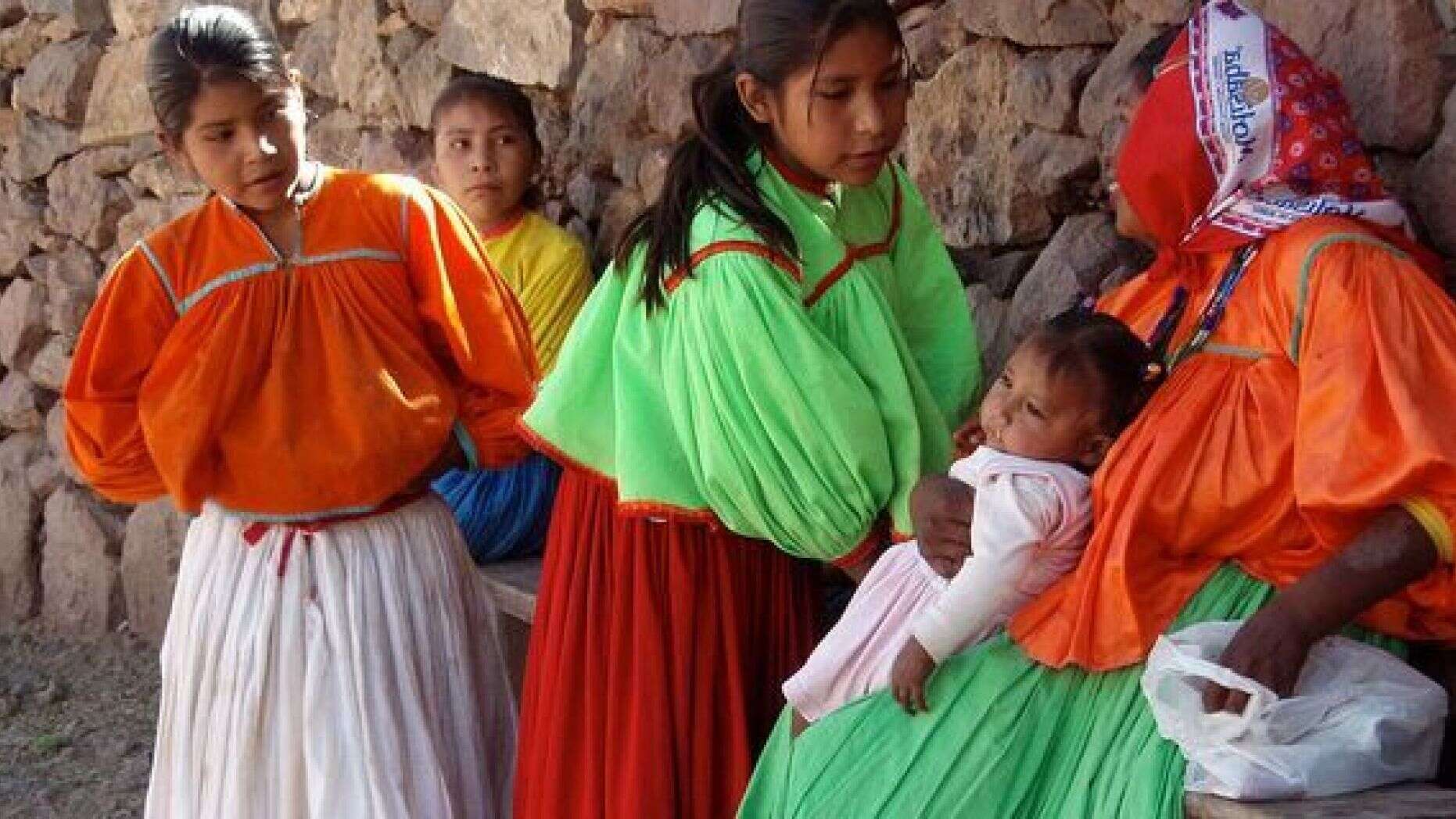 It was in 1826 that the term Rarámuri first appeared in prints. However, it was spelled as Rarámari and translated as Tarahumares. The root derivations of Tarahumara and Rarámuri and the associative patterns between the two persists to be unclear. The standardized spelling in writing by the Raramuri people is Ralámuli.

Source: bbc.com
3. Not Affiliated to the Church

The number is only around 3 percent of the present Tarahumara who have rejected a formal affiliation with the Catholic Church and have been tagged as gentiles and cimarrones. The rest 97 percent of the majority identify themselves as “Pagótame” or “Pagótuame” (Baptized ones).

There are three dialects of the Tarahumara tribe that relates them to the Uto-Aztecan Language Family. If we compare it to any contemporary language, it is the most likely to resemble the Guarijío and Yaqui-Mayo languages.

The earlier and traditional stone, mixed stone, and hand-hewn plank houses have been replaced by the notched log houses in the latter part of the twentieth century all over the Tarahumara Tribe. The inhabitants of the tribe travel during the growing season to nurture the dispersed fields in various areas. Some of them even like to move to shelters made out of rocks or special winter houses during the bleaker months of the year.

Source: ngm.nationalgeographic.com
6. Part of an Ultramarathon 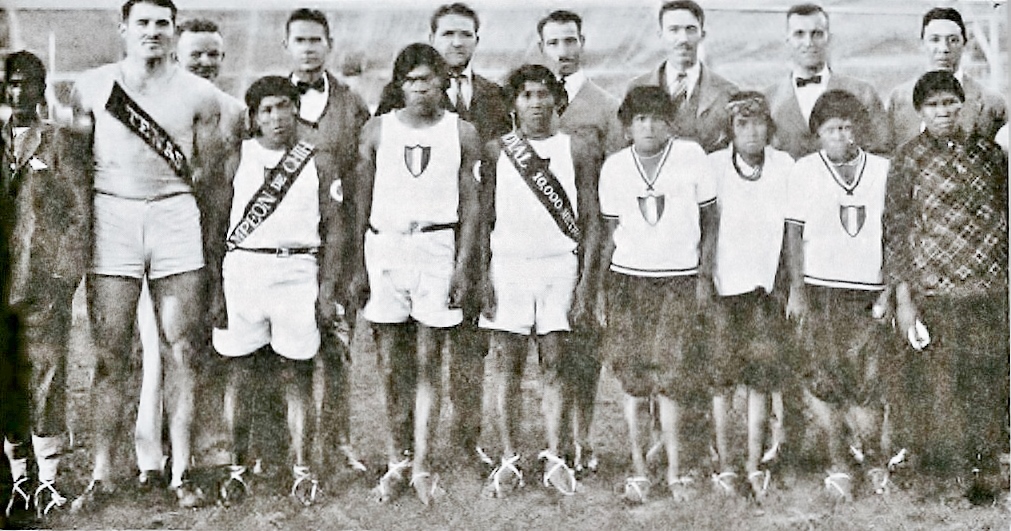 If you must have heard about the Leadville 100, the ultramarathon that is so rough that not even half the participants make it across the finish line, you must be updated on the fact that even the Tarahumara runners competed in it. These Tarahumara runners not just touched the finish line in 1992 and 1994, but even won the race both the times. Fun fact: the Tarahumara man, Victoriano Churro, who won the race in 1992 was 52 years of age!

The people of this indigenous tribe call themselves Raramuri, which translates to ‘the running people’ and knowing the above fact, we can bet on that. Long-distance running is a part of their identity. But how are they so quick and agile with running? Well, it is because of the broadly dispersed hamlets and rocky region they occupy makes endurance running an obligation. However, the Tarahumara tribe has taken it to a whole notch higher, often running up to 700 kilometers a week.

Source: bbc.com, Gif: Giphy
8. The Healthiest of Us All

Such a great running ability will definitely need great health, undoubtedly. And that’s what they are known for too! Interestingly, a recent National Geographic study that was performed on several tribesmen of Tarahumara found almost nonexistent levels of diabetes, vascular disease and colorectal cancer in them. Likewise, in a study of the New England Journal of Medicine done in 1991 reveals surprisingly low levels of high blood pressure and heart disease in those tested, in addition to the low total cholesterol and LDL.

Source: sciencedirect.com, Gif: Giphy
9. How Old Are They?

It is still an unknown fact that how long have the Tarahumara tribes have been settled down in the Sierra Madre mountain range. But the oldest human remains found in this part of the region travels back in time to fifteen thousand years. Today, the Tarahumara has inhabited the Chihuahua region and has occupied one-fourth of the state. They are almost fifty thousand in number and make up 82 percent of the indigenous language speakers.

Source: ngm.nationalgeographic.com
10. No Compromise on Protein

It is quite shocking that even though the Tarahumara do not eat a lot of animal products, including meat, their diet beats the UN’s daily dosage of the protein consumption by nearly more than 50 percent. This study was done and dusted in 1979 by the American Journal of Clinical Nutrition. How this can be accomplished is not a mystery and can only be fulfilled by centering on protein-rich vegetarian food. Admittedly, the Tarahumara consume lots of beans, squash, chili peppers, and wild greens, all the kinds of food with optimal measures of protein which is over twenty percent.

Linear ancestors can not marry within a family theoretically, but in practice, this interdiction usually only covers up the second cousins because of genealogical associations are often not kept in mind for longer than three generations. Many wedding ceremonies are organized by special marriage officials. The Catholic priests are only in charge of the marriages of the Tarahumara people who are most impacted by Jesuit Missionaries. Marriage occurs in their tribe amongst the young ones. However, they marry multiple times before they can find spouses who they are compatible with and this leads to a more stable relationship. This is all because the interaction among unrelated men and women is hindered. Polygamy is not a common phenomenon but it does occur. The newlywed couples often rotate between their natal homes until they are financially self-independent.

The main divinities are “Our Father” and “Our Mother,” linked with the sun and moon respectively. In several societies, the Christian God (often conflated with Jesus Christ) and the Virgin Mary have been acclimatized to these divinities. The Devil is viewed as the elder relative but an unyielding antagonist of “Our Father,” and has been consolidated as the father of non-Indians. He masters the levels of the cosmos underneath the earth, whereas “Our Father” and “Our Mother” check those above. Other secondary gods and goddesses also assist or cripple tribesmen but do not serve as mediators between humans and the principal deities; Catholic saints are virtually completely removed.

Source: themonastry.org
13. Afterlife for Them

The souls of the tribe often scale upwards to spend eternity in the heavens with their ancestors, while the non-Indians deteriorate towards the hell, the place of the Devil. The offenders in the tribe can not escape the punishment and are often punished with destruction or execution if their crimes are particularly serious. However, there is no permanent punishment or misery.

A range of ceremonies is sponsored by the kinsmen of the dead, like food and other goods which might help the associations between the living and the dead to be severed. This is done because otherwise, the sojourns of the dead, which is mostly in dreams and illusions, are dreaded as a possible cause of disability and death.

The tribesmen of the Tarahumara have a very distinctive kind of hunting method, that is, chasing the animal until it is exhausted and then aiming at it. This method has been termed as Persistence Hunting. For instance, when a cattle falls off in fatigue due to running, the hunter picks it upon his shoulder and runs homewards.

It has been a constant effort of the Mexicans to lead the Tarahumara tribe towards the Olympics. The Tarahumara runners who did compete not only passed the runners swiftly but also were not out of breath by the end of the race. The tribesmen have been recorded to participate in sports before but they haven’t appeared anymore in recent times.

Many attractive offers have been made by the Mexican businessmen to open the tribe people to the world and build various tourist infrastructures while volunteering to take photographs with them in exchange for money. However, the Raramuri have not been shown a great interest in such an idea and are better when left secluded.

One of the most popular sports of the Raramuri tribe is the traditional ball game called rarajipame. The sport includes running and passing a ball made out of wood with the foot. This is almost like playing football. The game can last for more than 15 hours. While this is strictly a men’s game, the women play ariwéta, where they throw a hoop with a stick while running.

Many non-natives throughout history have been attracted to this tribal area and have issued their work based on their study of the tribe. One such pioneer is Carl Lumholtz, a Norwegian explorer, who came to the Sierra Tarahumara in the late 1800s and wrote his book, Unknown Mexico in 1902; which is an account of five years’ research amidst the tribes of the western Sierra Madre. An another writer, Christopher McDougall, in his bestselling book, Born to Run, represents the Tarahumara people by stating, “The Tarahumara are perhaps the healthiest and most serene people on earth and the greatest runners of all time”.

Source: ethnologue.com
19. Their Choice of Drink

Tesgüino is a drink composed of fermented corn with the alcoholic content comparable to that of a beer. It is quite thick in consistency but thoroughly nutritious. It is produced by laying wet corn next to the furnace to let it sprout. Following the germination process, it is grounded, boiled and lastly a material called “basiáwari” is added to help it ferment.

Tesgüinadas, is an elaborated style Tarahumara-style beer festival, which is celebrated throughout the year but is celebrated the most in the winter season. It comprises of some social events between the adjoining Tarahumara neighborhood. Tesgüinada events cover rain fiestas, harvest ceremonies, curing fiestas, Guadalupe Fiesta, Holy Week, races, and Sunday mass. Tesgüinadas are essential features of Tarahumara culture as it is usually the only time when men have coitus with their lady companions. The festivities serve as a social lubricant because otherwise, the Tarahumara people are very shy and solitary.

Source: everyculture.com, Gif: Giphy
21. Religious Side of the Drink

Ere one can swallow down an olla, a ceramic jar, of tesgüino they ought to sanctify it with Onorúame. Through the curing ceremonies, the olla must be rested in front of a cross until the ritual is finished. At the age of 14, a lad is permitted to take tesgüino for the first time following a brief speech about his masculine duties. These ceremonies can seldom persist as long as 48 hours.

This region is prone to activities such as drug violence, cultivation of them and their trade which has affected the general lifestyle of the Tribes’ people. It is due to the closeness of the people with the Sierra Madre, the place which is known to produce the most amount of drugs on the planet. The efforts to control drug abuse are taken up by the Mexican Government but are still practices illegally by the dealers and drug lords. They are known to use the forests and other desolated land for growing marijuana or opium and space for their other operations.