For Disney fans, touring Tokyo Disney is a no-brainer. Adding to the attractions we recognize and cherish from Disneyland and Disney World, there are more several uniquely astonishing things about the Japanese parks, from the inventive and gourmet food to the remarkable Disney hotels. And, of course, they also have their own twists on well-known rides and attractions only accessible to them.

Tokyo Disney is made up of two components- Disneyland and DisneySea. Although there might not be any key similarities to compare them to something, I’ll give it a shot and liken DisneySea to California Adventure and Disneyland to the Magic Kingdom.

Don’t think too much because in the end whether it is Disneyland or Disneyworld, every Disney themed park is equally amazing! Here are some facts about Tokyo Disneyland. 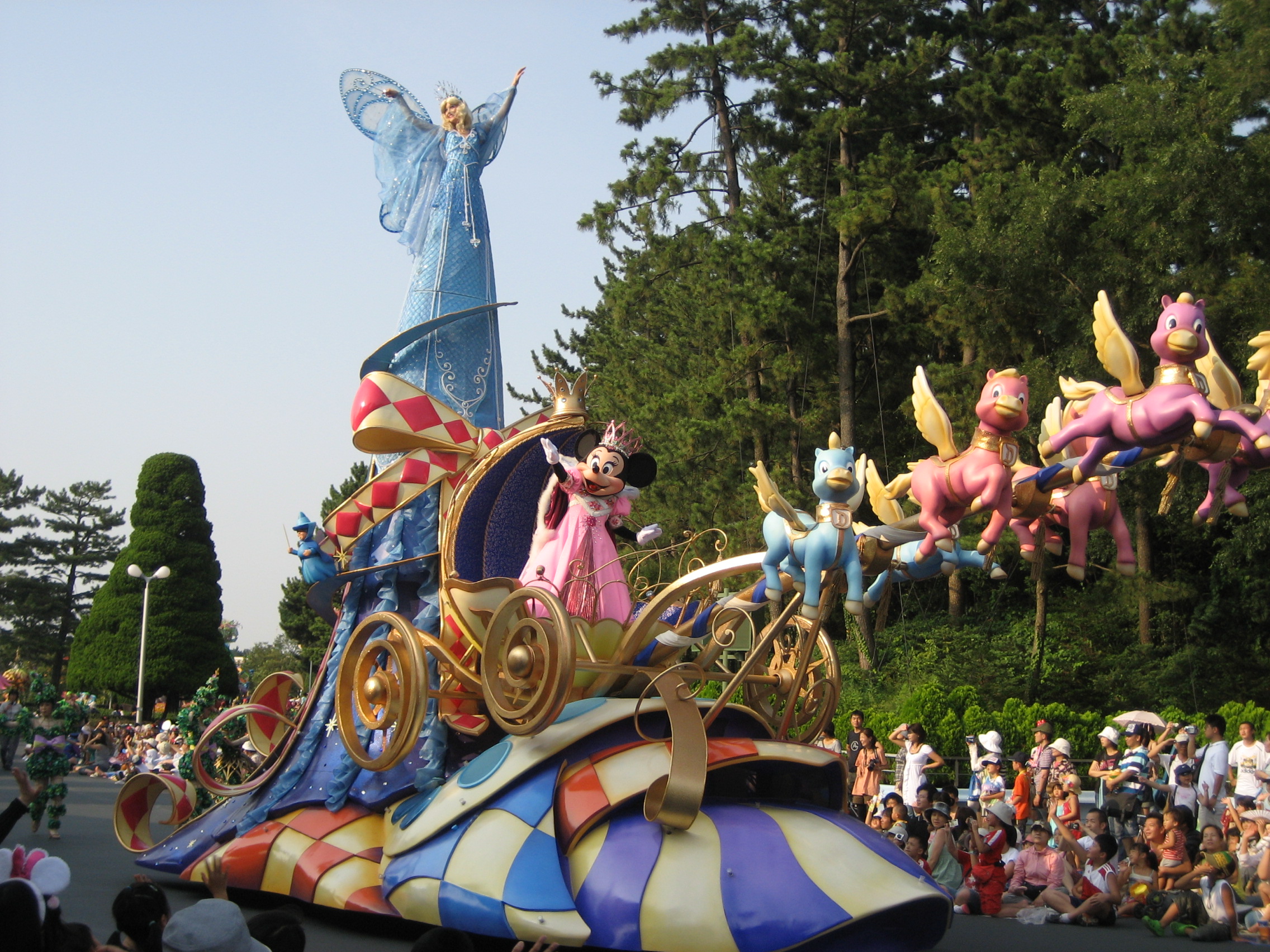 1. The Ample Variety Of Popcorns 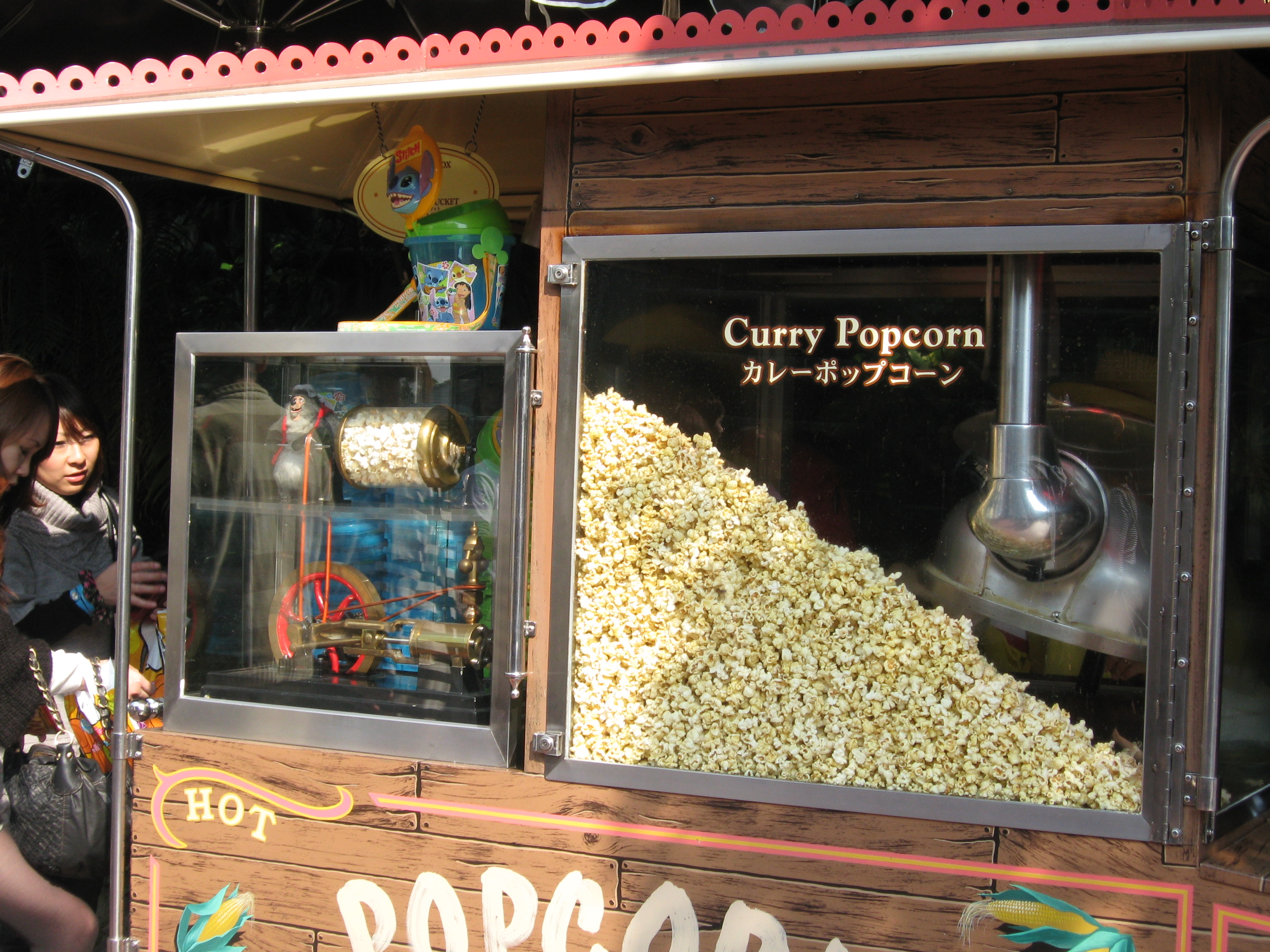 There is a diversity of popcorn stations encompassing both parks with all sorts of absurd (and normal) flavors like soy sauce, strawberry, chocolate, and honey that vary seasonally. At each site, there is a separate themed plastic popcorn bucket that you can use conveniently like a sack and get refilled at any of the stations for a reduced price. It’s an unusual part of the Tokyo Disney adventure. 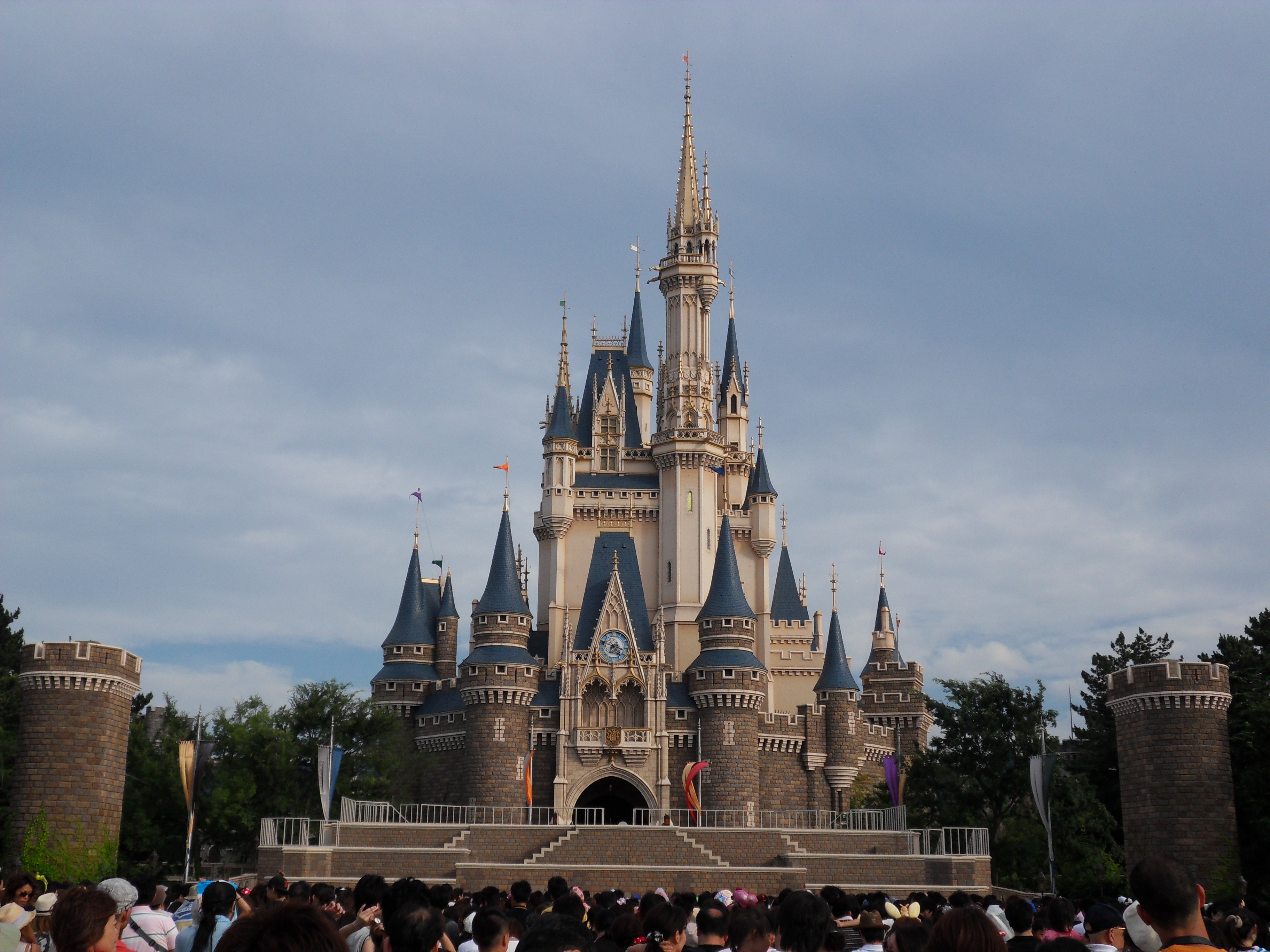 Tokyo Disney Resort is actually located in the city of Urayasu, which is part of the Chiba prefecture east of Tokyo. That said, a trip from Tokyo Station to Maihama Station (which stands right outside the entrances of the parks) is 15 to 20 minutes on the JR Keiyo or Musashino Line.

Notwithstanding the fact that Tokyo DisneySea is simply one of its kind in the world, there are trips and performances in both theme parks that you won’t be able to find elsewhere. Examples incorporate Pooh’s Hunny Hunt and Monsters, Inc. Ride and Go Seek in Tokyo Disneyland, as well as Tokyo DisneySea’s Nemo & Friends SeaRider and Jules Verne-inspired ride Journey to the Centre of the Earth and 20,000 Leagues Under the Sea. 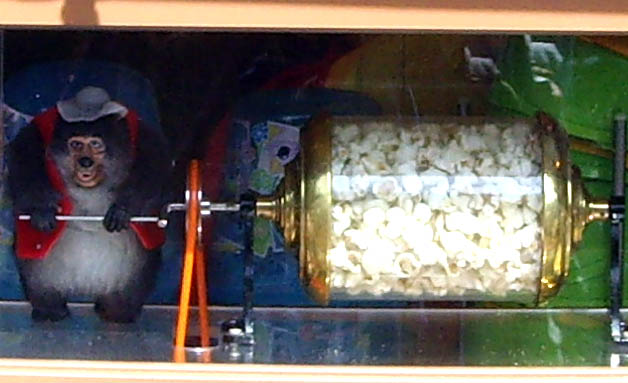 These popcorn buckets are collectibles, we tell ‘ya. The most effortless way to find out which popcorn vehicles are available and in which park is to examine their popcorn page (I’d never thought I’ll ever string those two words collectively). To top of what’s available, we’ve also seen Cinderella’s pumpkin carriage with wheels that work, Nemo, Dumbo, BB8, and even Darth Vader. 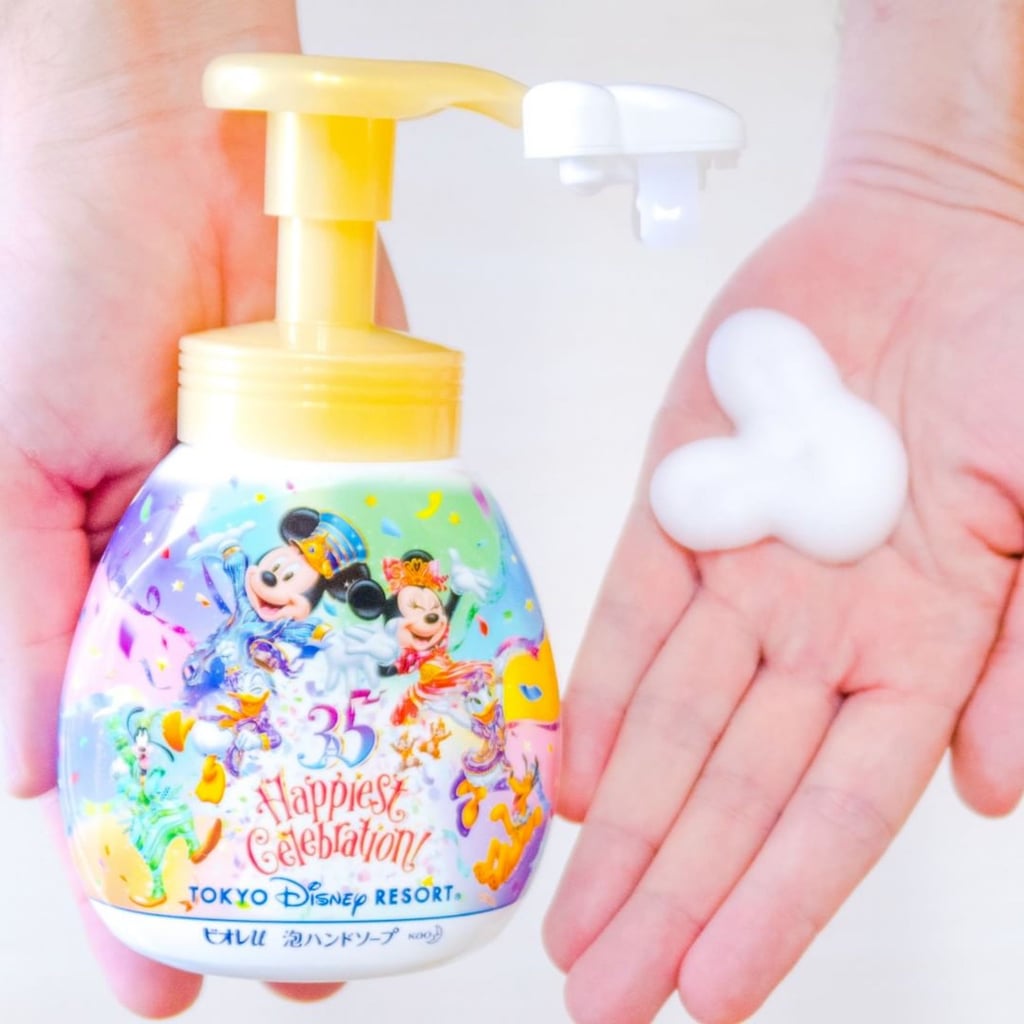 Hidden Mickeys were recognized everywhere even in the most insignificant details like the decorations that dot some of the walls to how several things are established in the gift shop. Soap dispensed in the shape of Mickey Mouse, nevertheless, is something we didn’t anticipate. This one is established next to Tokyo DisneySea’s Splash Mountain. 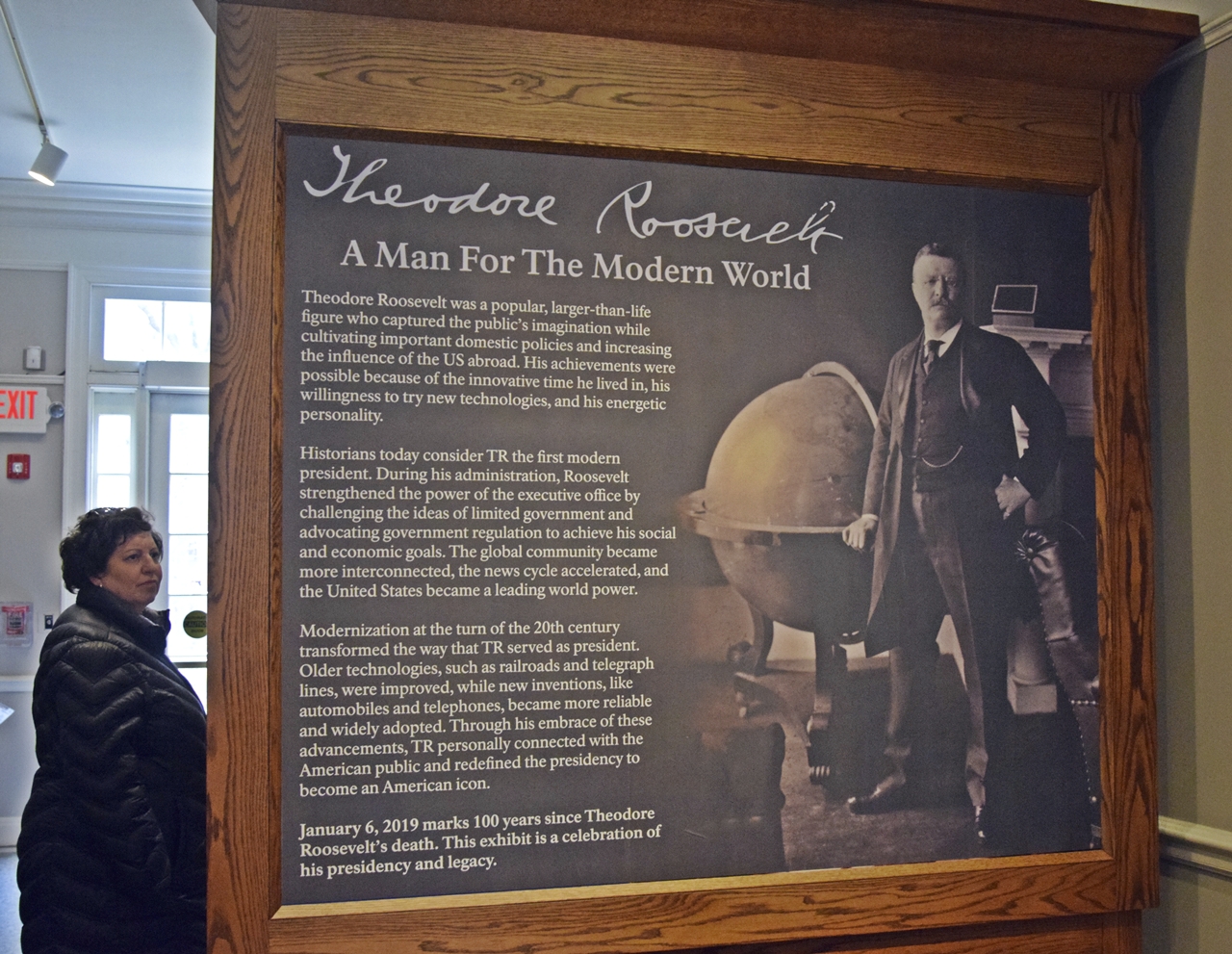 There’s no denying that DisneySea provides a lot more to the older crowd, and it exhibits in its alcohol policy (there’s no booze in Tokyo Disneyland at all). Beer drinkers can look ahead to the Kirin Ichiban Draft – there’s also a “Frozen” Draft version that comes with frozen foam to keep it cool for a more longer period of time– and Budweiser Draft whereas cocktail drinkers can look to Teddy Roosevelt’s Lounge for Singapore Slings, Yucatan Base Camp Grill for kiwi mojitos (this is seasonal), and Magellan’s Lounge for a Godfather (half Scotch whisky, half amaretto).

Albeit a very petite one. It’s established by the water in Mediterranean Harbor, adjacent to Zambini Brothers’ Ristorante. We also have it on a reliable jurisdiction that it does bear grapes. 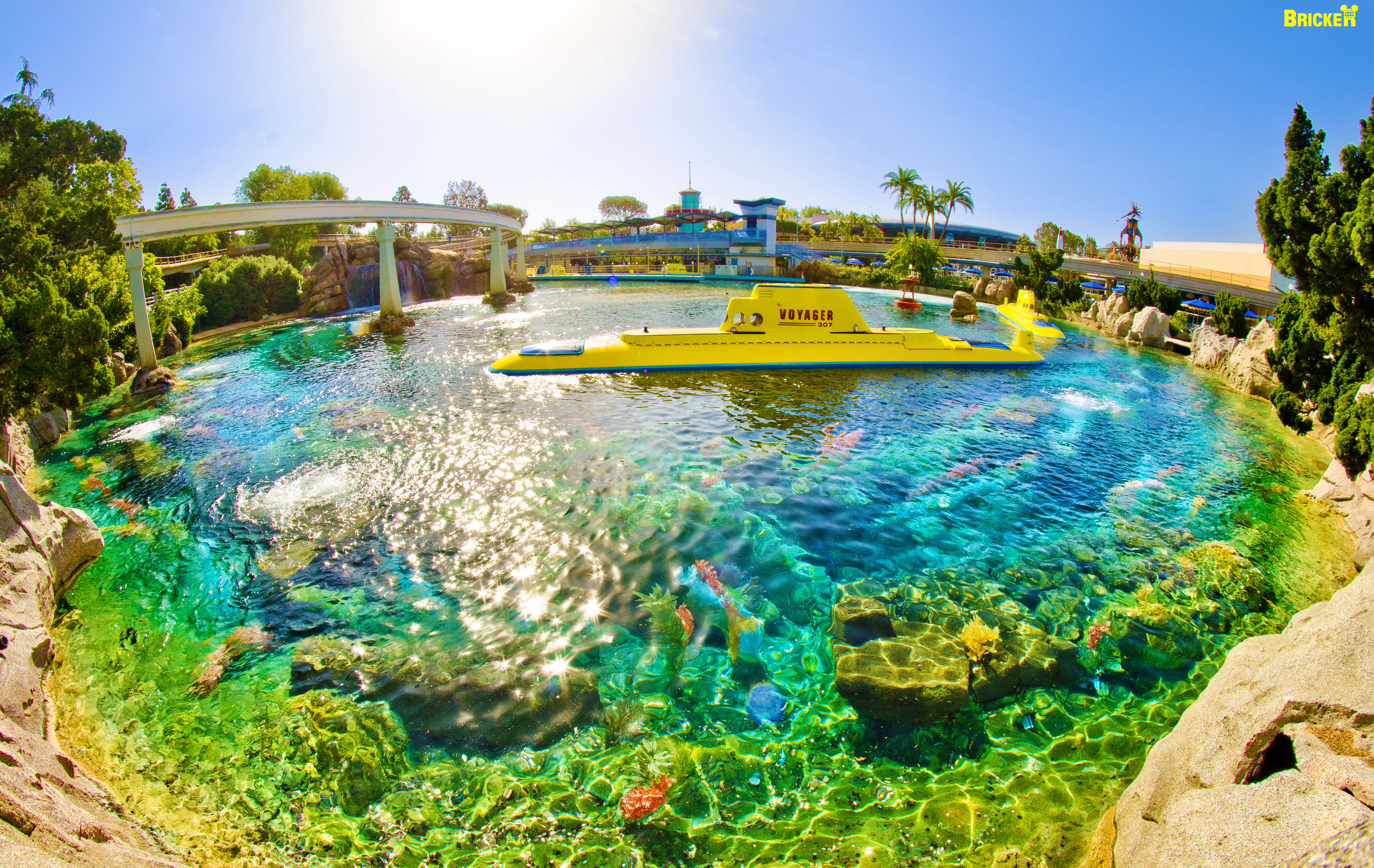 One of the preferred parts of Tokyo DisneySea is Mermaid Lagoon. I know it’s made for younger kids – it’s chiefly indoors and rides here are benign – but it really seems like you’ve gone into a different world that is King Triton’s underwater territory. The Sleepy Whale Shoppe stuns the visitors by blinking when they have to wait to regroup. 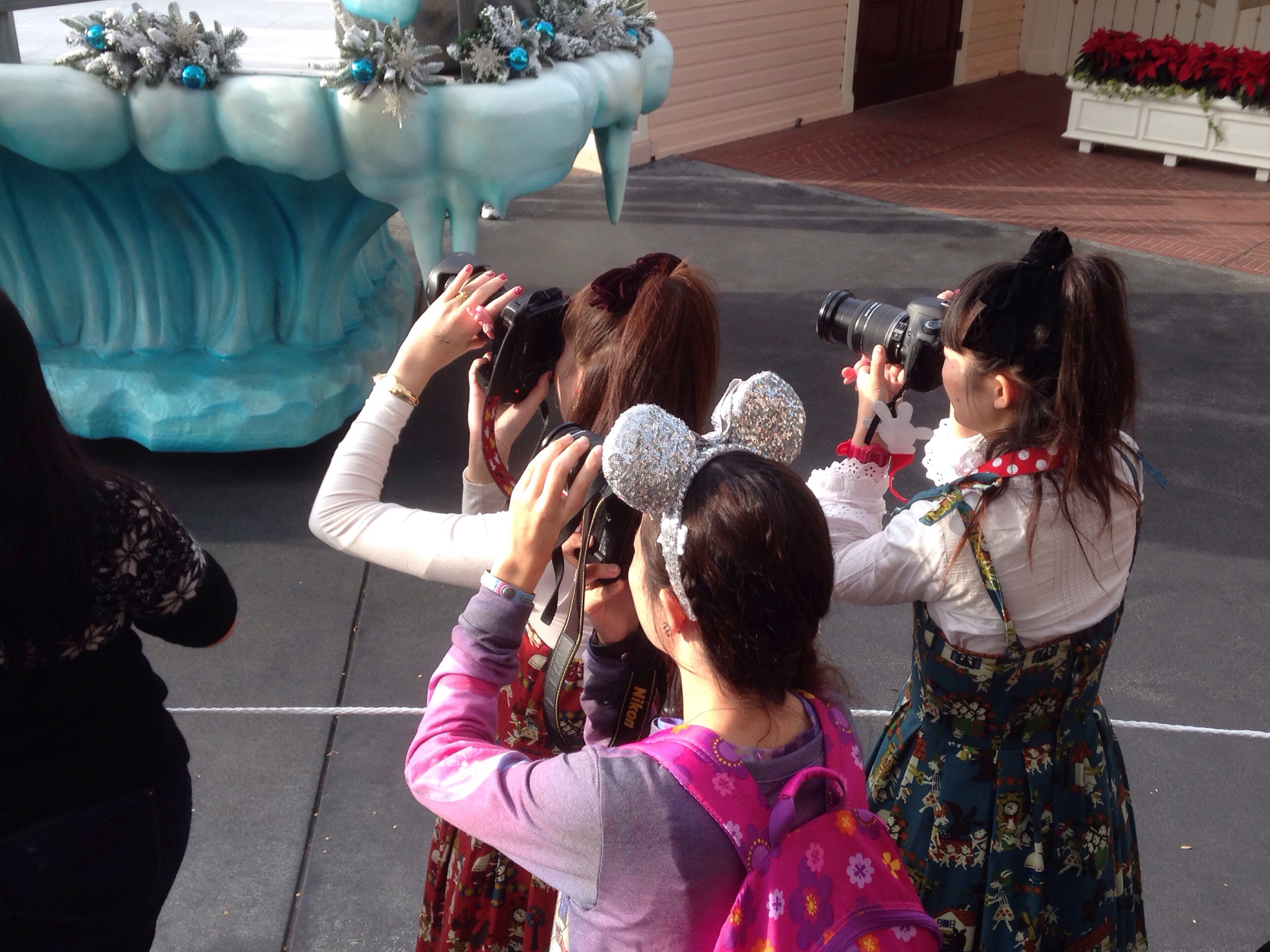 Unlike most parts of the world, the osoroi code – indicating “same, matching, or going together” – in Japan suggests there’s no guilt or humiliation in wearing coordinating outfits. In Tokyo Disney Resort, it’s absolutely taken up a notch with Donald Duck and Daisy onesies, five shades of yellow, and identical outfits, right down to the same hats and popcorn buckets.

There is a legend about the underground tunnels which are exclusive for the staff. So as we all know that Disneyland is overcrowded all year round, Uncle Walt created a system of tunnels so that any staff member can appear in any part of the park in an instant. There have been many rumors that people have forgotten their way out of the tunnels and have been lost inside and ..ahem.. turned into Goofy mascots. I think that at least half of the story is true and by this, I don’t mean the latter half. The newer parks do really have a tunnel system while the older parks don’t. At most, the older parks have small break rooms where the staff can relax.

11. Luxury Casino for the Rich and Famous

Another story states that the park has a hidden luxury casino exclusive for some. However, Walt Disney did construct “Club 33” so that he could host his guests and the sponsors of the park. And this to some extent proves that the myth partially is true. Because you can’t really drink in the whole of Disneyland, this club is on exception and you can buy alcohol here. You will know if someone is walking haywire that what has caused it. Make them your pal, you might need it. 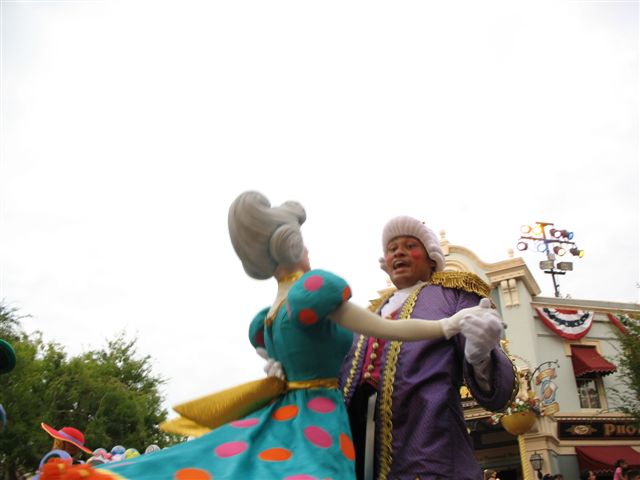 This “myth” continues throughout Japan, with many people genuinely terrified to take their significant other on a TDL date lest the Disney scourge strikes their connection. Most urban legends to this outcome stipulate that it only pertains to couples going to Disneyland for their first date ever, which might mean there’s an absolutely logical description for the myth: spend hours on end abiding in line with nothing else to do but communicate with each other, only to find out that person you’ve only met a handful of times isn’t actually who you deemed they were. 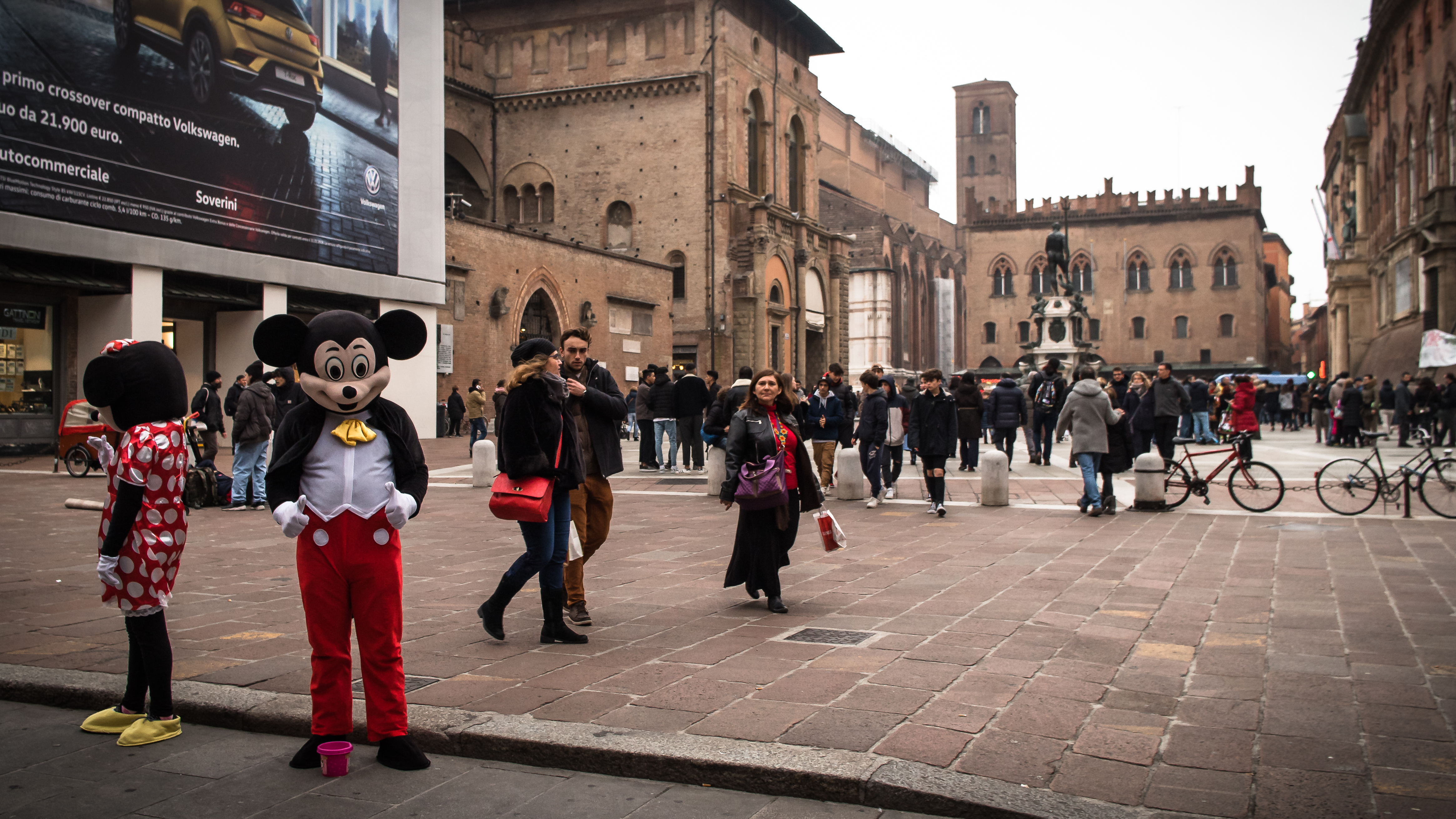 You evidently have to do this in front of Cinderella’s castle during the nocturnal fireworks, but doing so on a first date is certain to irk Walt Disney’s spirit – who went through all the difficulty of anathematizing new couples but completely forgot about this obtrusive loophole. 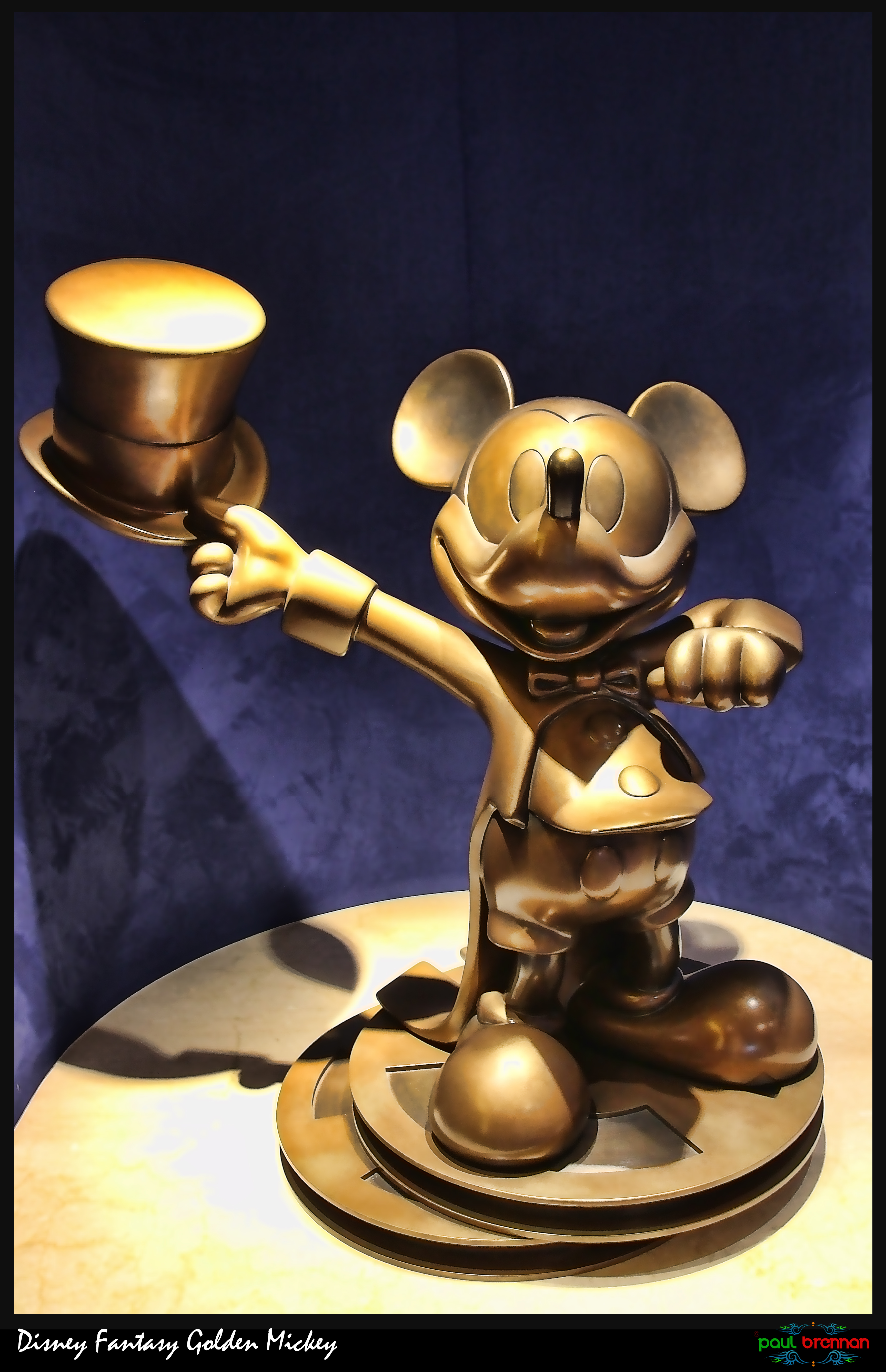 Legend has it there are three Golden Mickeys concealed everywhere in the park – at least one of them allegedly established in an area inaccessible to the public – and if you find one and tell a nearby staff member, they’ll give you a reward and tell you to keep the idol’s position to yourself. While it’s plausible there are Golden Mickeys stationed in the park, we can’t believe you’d actually get a prize for obtaining one. The staff – called “Cast Members” – numbered in the thousands (possibly tens of thousands), and like all intrigues, it would be almost unmanageable to keep a lid on this one with that many people in the know.

There is this weird story behind the lack of bugs and other pests in general inside the Disneyland. According to the rumor, the park is installed with many special devices that emit radio waves and which keeps the buys away. There is also this rumor that it is a policy of Disneyland to unleash some feral cats during the night time so that they could do their duty of shooing away rats and other pests. They also eat leftover food or other scraps which helps keep the humungous park neat and tidy. Anyway, if the rumors are true, I wonder how do they manage to get the cats back to their shelters.

According to this myth, many visitors at the Tokyo Disney Sea theme park report observing diverse haunting “decorations” inside the ride which don’t actually exist. One story goes that a man, when scanned what he conceived of the ride, said, “The woman standing unmoving at the end of the hallway was certainly the scariest.” The thing is, there is no woman at the end of the foyer. 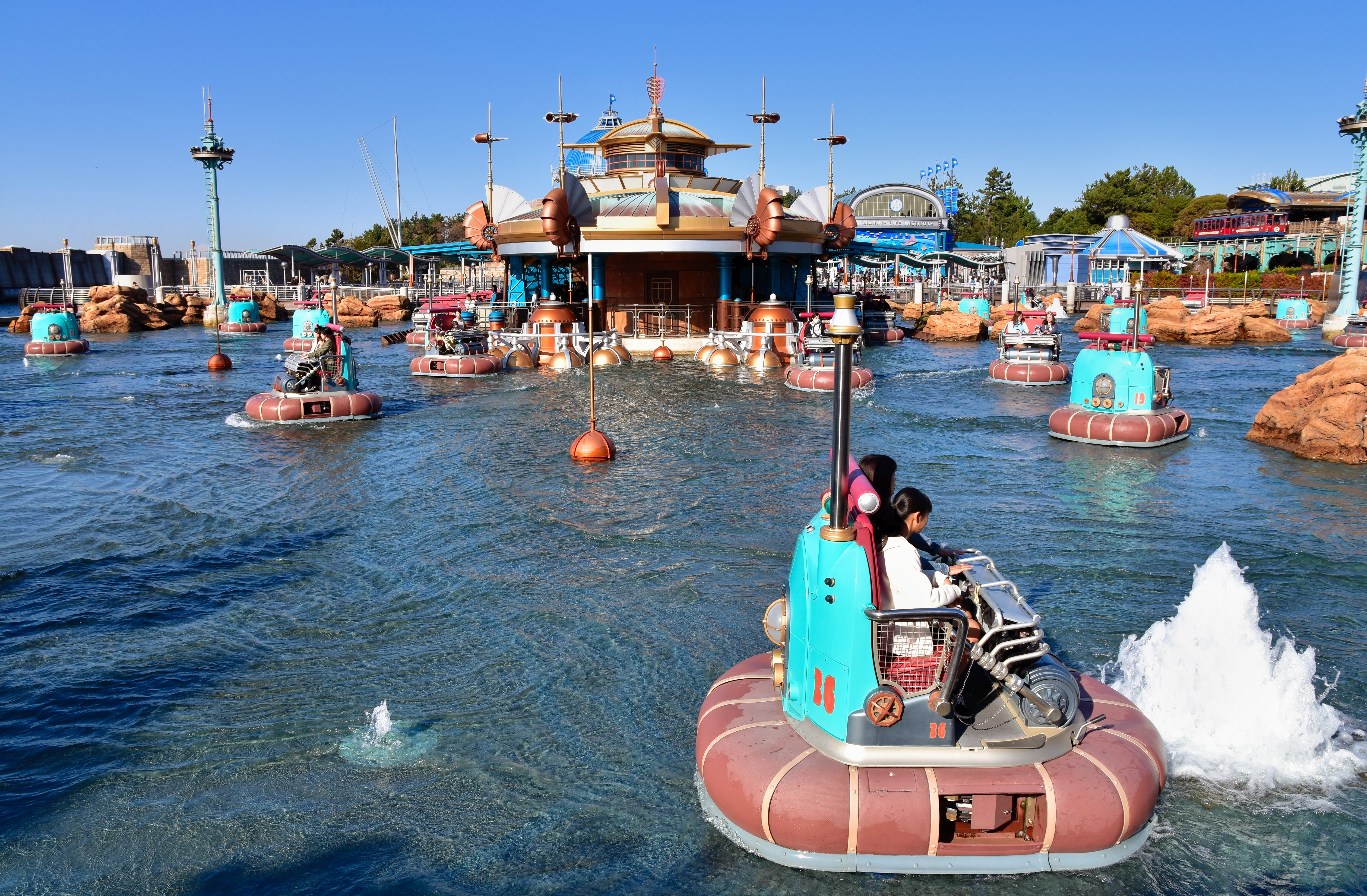 18. Amazing Food with a View 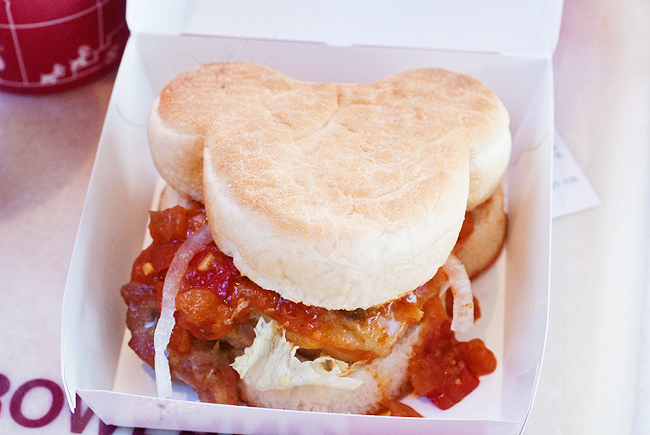 In other parks, there’s a standout counter service alternative here or there with either great food or cool ambiance, but ordinarily not both. Tokyo DisneySea is the most desirable Disney theme park for counter service food, and for counter service theming. At Casbah Food Court, you can feast in an Arabian open-air bazaar while having excellent curry. Vulcania allows consumers the opportunity to eat inside a transformed geothermal power station fashioned out of an animated volcano while feasting on delicious Chinese food. At New York Deli, you can dine inside the shops of various mom and pop proprietors while having a Mile High Sandwich. At Cape Cod Cook-Off, you can eat inside a boathouse while watching a Duffy stage show and eating tremendous burgers. Okay, that last one was a bad example…but there absolutely are about a half dozen other outstanding counter service restaurants in Tokyo DisneySea. And don’t even get me commenced on the table service or the snacks…

19. All the Disney Soft Toys 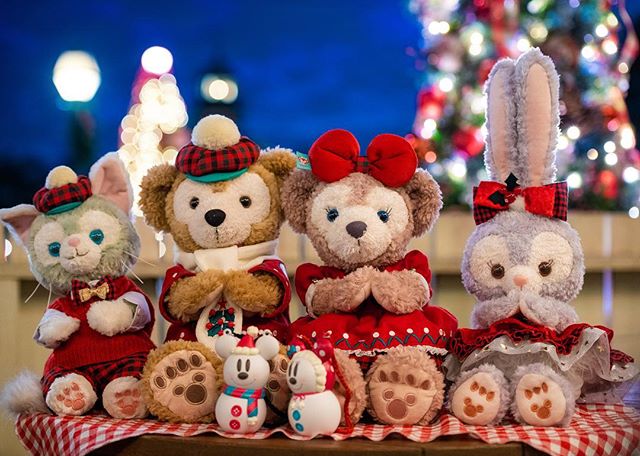 You can only find Duffy plushies and other gears at Tokyo Disneyland, DisneySea, and Hong Kong Disneyland, although many flocks to Tokyo DisneySea especially for Duffy and his furry pink friend Shellie May. In fact, Duffy’s own home – Cape Cod – can be found there! Be sure to say hello to this adorable teddy bear when you visit!
Source: tdrexplorer.com, Image: Flickr 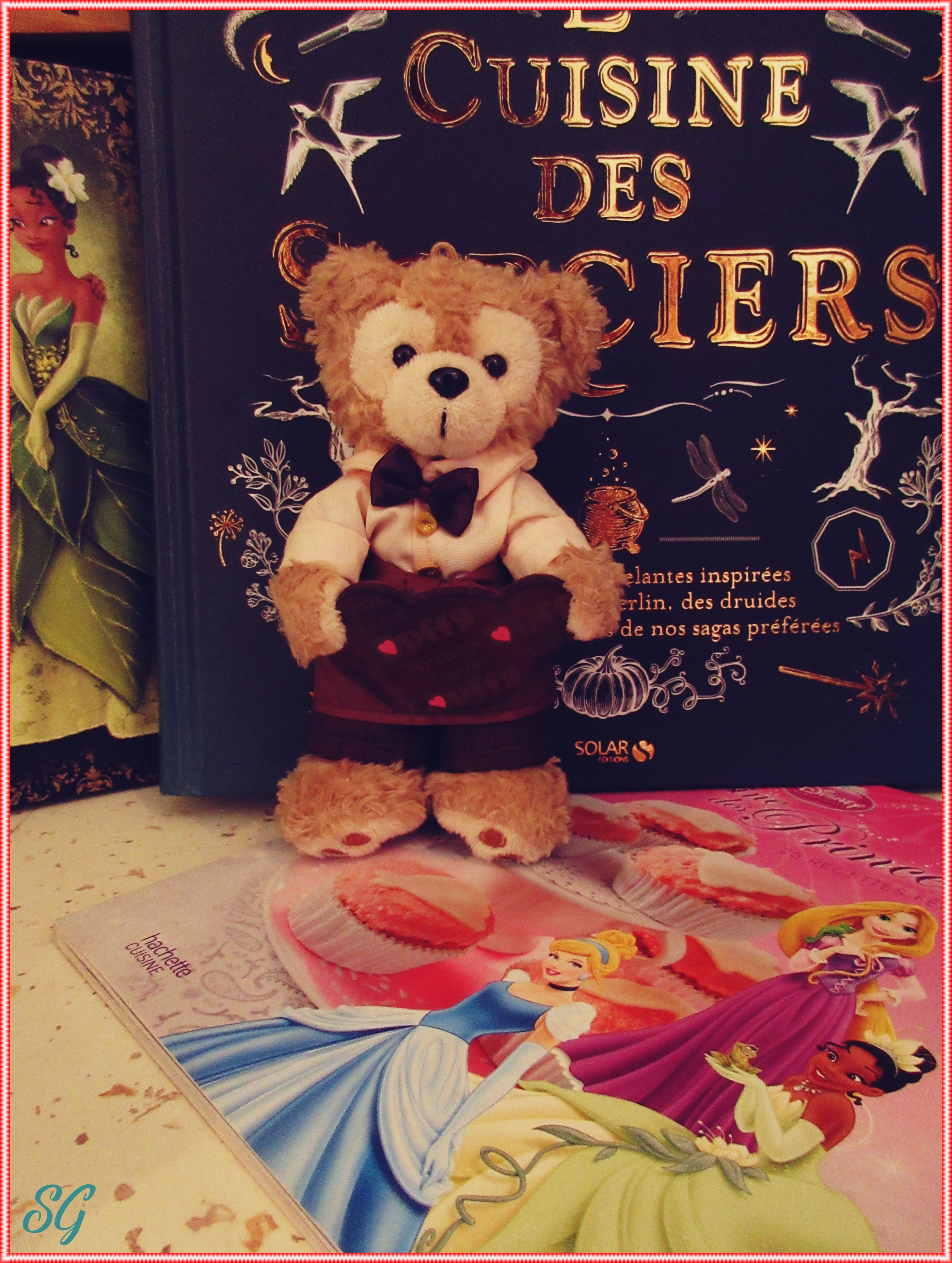 Created solely as a character for Disney parks, Duffy is actually Mickey’s stuffed bear companion! This friendly ball of fluff debuted in 2002 at various Disney parks in a rainbow of colors but didn’t achieve any popularity until 2005, when DisneySea authoritatively welcomed Duffy by designating a segment of the park all to himself! 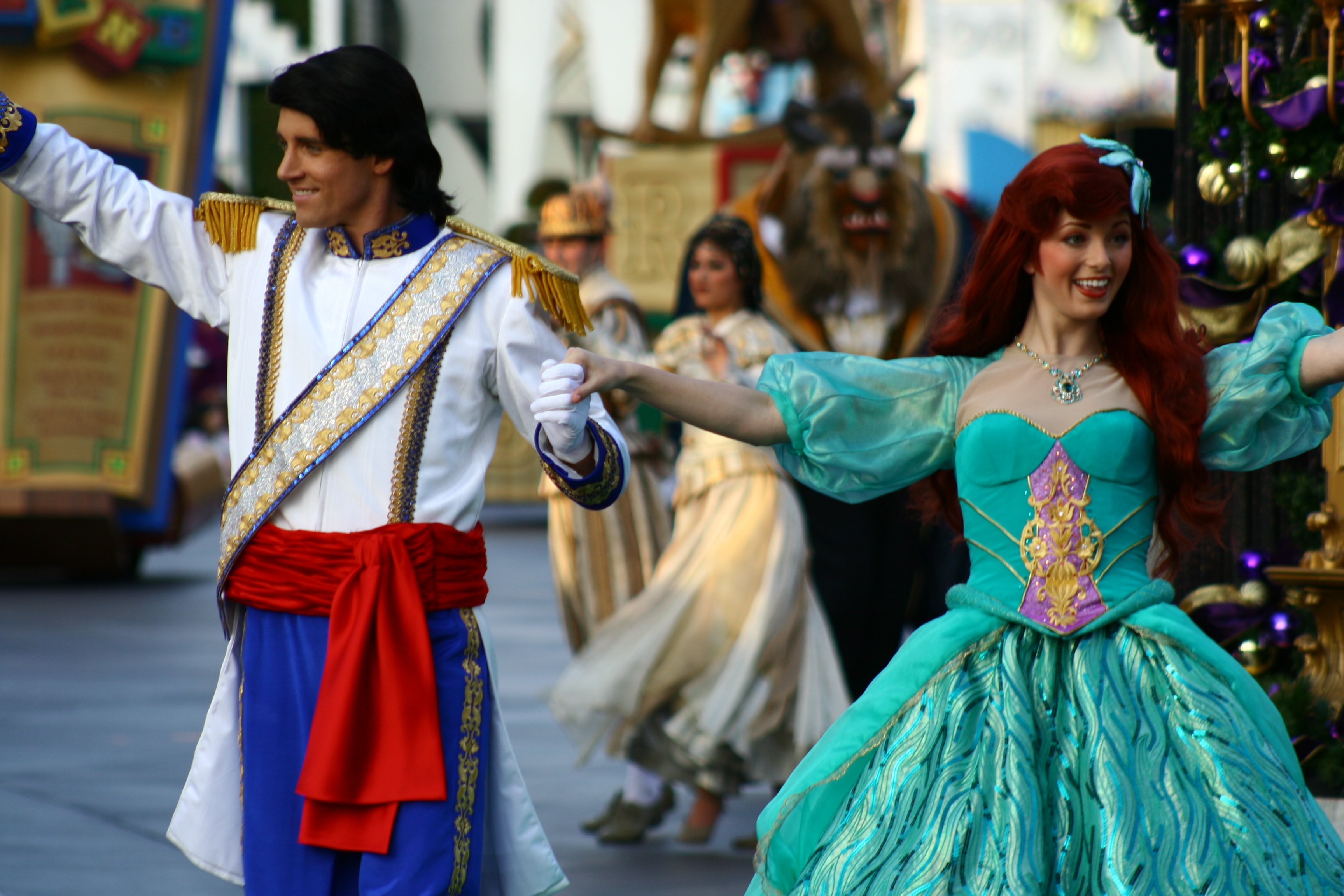 Ariel is one of the most cherished Disney princesses that you can meet at almost any Disney park. However, the interesting thing is her partner, Prince Eric, who you can meet at several other locations besides Tokyo Disneyland, the fact that he is seen so frequently at Tokyo Disney is quite surprising! The Princes at other Disney locations are rare and only come out if there is a special occasion, but it is not the case in Tokyo. It is probably because of Mermaid Lagoon is there in the DisneySea Tokyo that Prince Eric is seen quite often.

Whoever said Disney park rides are for teenagers haven’t attempted to go on the rides at Tokyo DisneySea! Apart from being astonishingly unusual, the rides are also more active with bigger thrills that adults will presumably appreciate more than the kids themselves!

Disneyland Tokyo has more castles besides the general castles of Cinderella or Sleeping Beauty.  The place has castles of Aladdin and Ariel and many more. The castles appear more beautiful in the latter part of the day because of the illumination.

23. Towards the American Waterfront

DisneySea actually sets itself apart with its nautical-themed decor and different rides and characters encountered nowhere else in the world. There is only one DisneySea of its kind amongst all the Disney parks and it’s also the third most visited theme park in the world! The park even has seven “ports of call” that comprise the American Waterfront, Port Discovery, Mermaid Lagoon and more. Even though there are comparable rides at Tokyo DisneySea such as the Tower of Terror, the narrative and notion behind the ride are absolutely unconventional from its U.S. counterpart!

Rupinder - June 7, 2016
0
Sydney is the capital of the state New South Wales and has the largest population of all the cities of Australia. The settlement on...

24 Interesting Facts About The Bahamas