Let’s talk a little about the famous Tokyo Tower in Shiba-koen district of Minato, obviously in Tokyo, Japan. So, its Japanese name is Nippon denpatō or “Japan Radio Tower”, which is an observation tower. It is so popular that people assume they are in Tokyo just by looking at it. Although it is a broadcasting facility, it is a great tourist spot too for the people to see the beautiful city of Tokyo from a height. The building looks striking both in the day, but especially at night when it is lit. However, undoubtedly, the real deal is the top floor view from this tower. Here are some more interesting facts that will give you better reasons to pack your back to Tokyo! 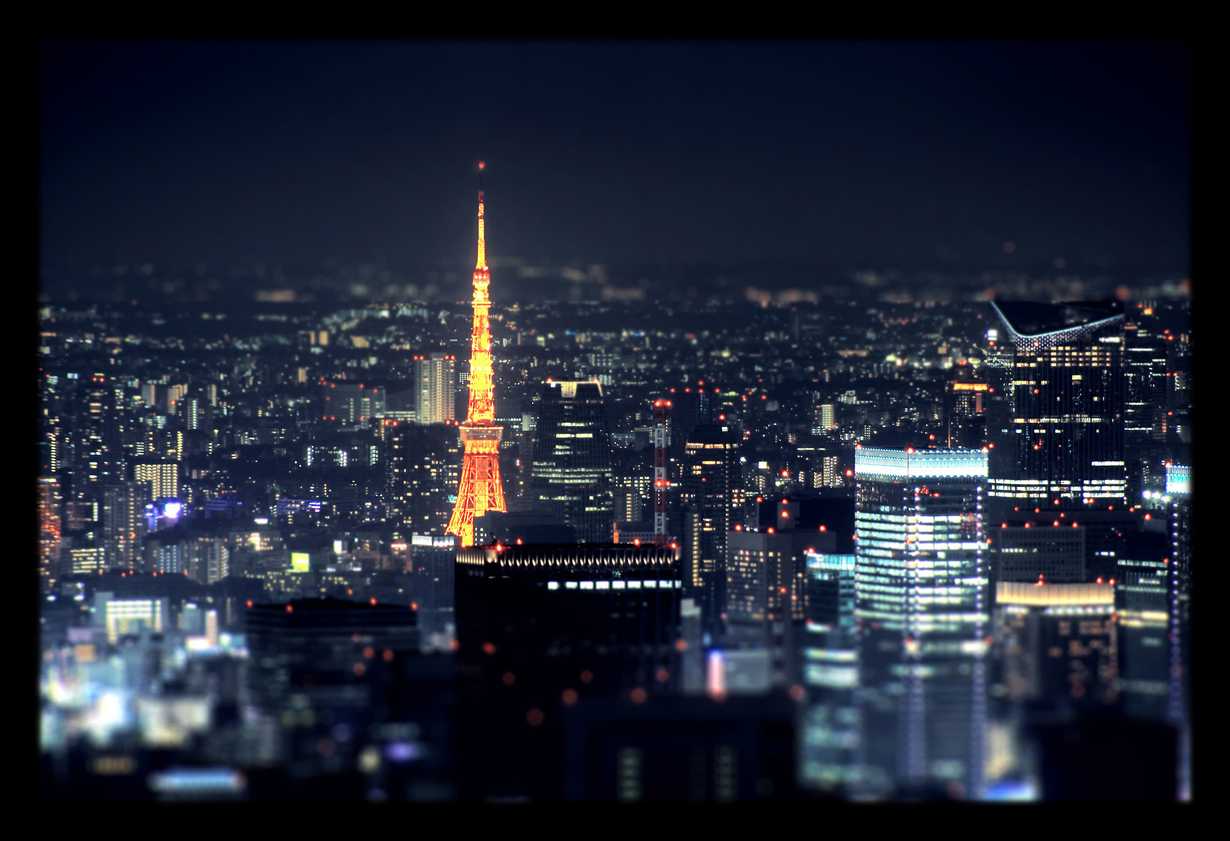 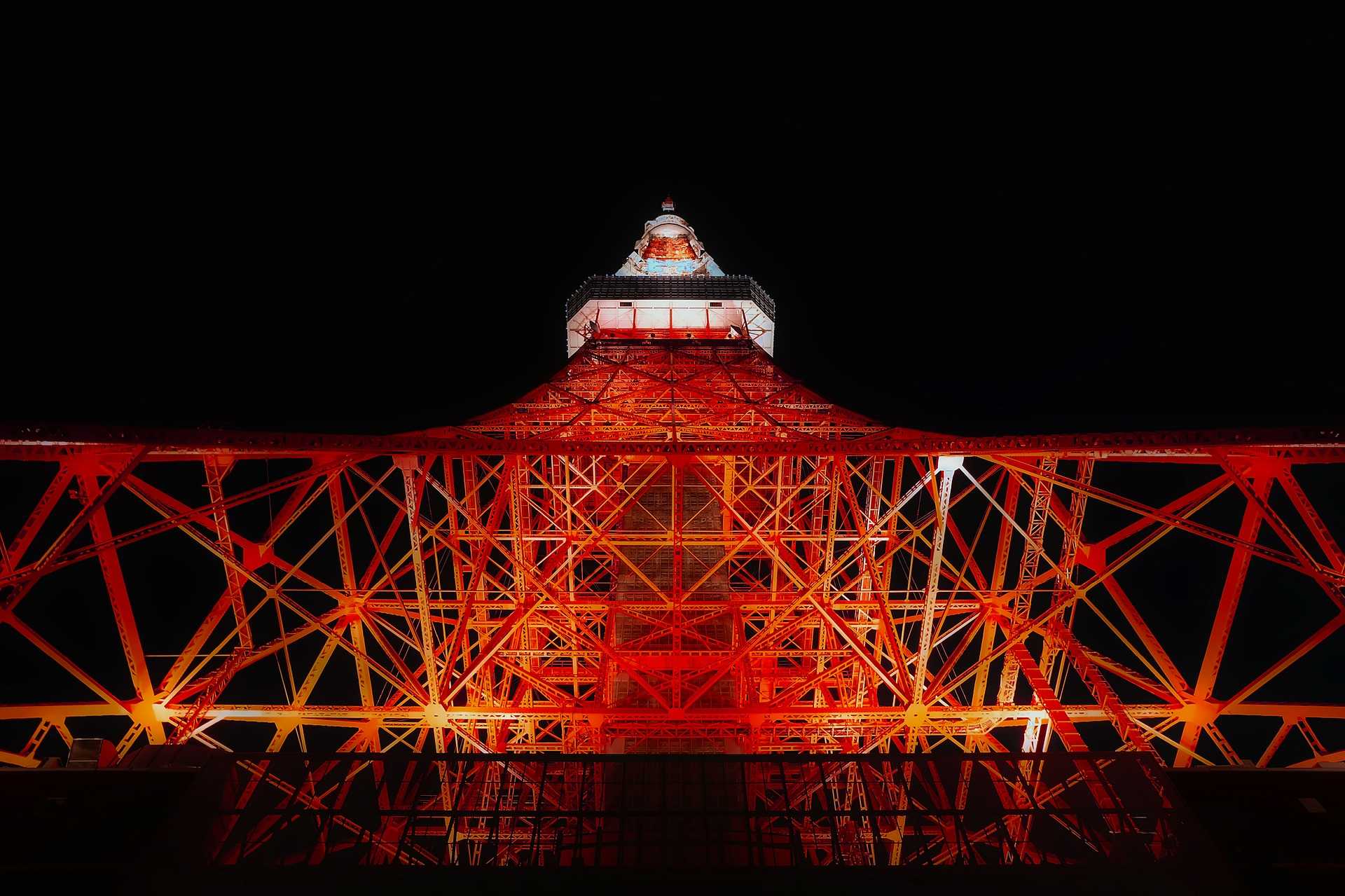 It is colored in a striking orange and red color tones as it stands high amidst other skyscrapers in the city. The Tokyo tower is quite symbolic for the people of the city. Before Tokyo Skytree came into existence, Tokyo Tower was considered to be the tallest structure, measuring about 333 meters in 2010. Nonetheless, Tokyo Tower still sits proudly in the middle of the city.

2. A doppelganger of Eiffel Tower 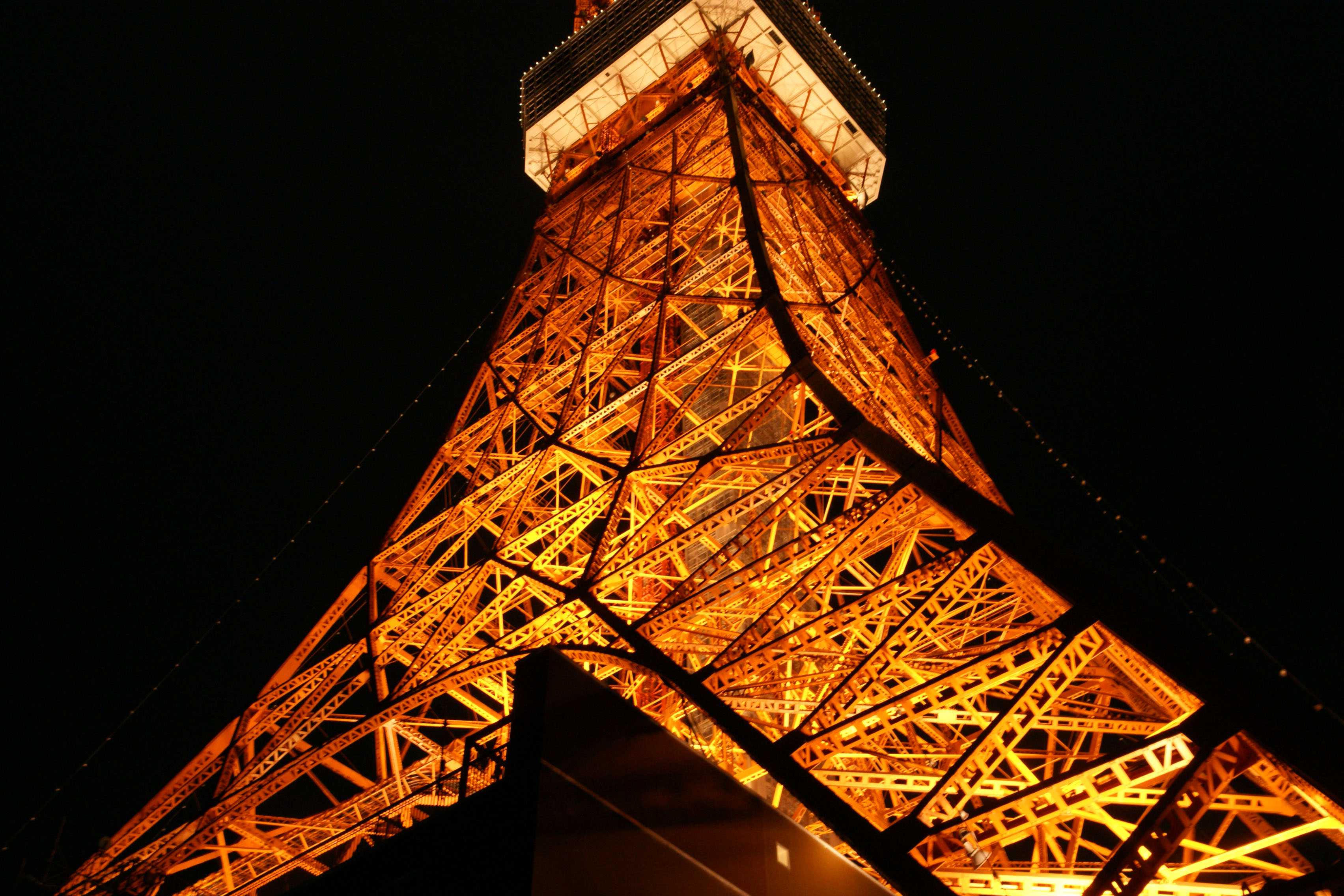 3. The Haven for Tourists

The Tokyo Tower is a tourist haven. There are over 3 million tourists that visit this edifice every year. About 150 million guests have visited Tokyo to behold its beauty ever since it was built in 1958.

The Tokyo Tower was not originally built as a point of a tourist attraction but like a tower that will help with broadcasts as none of the antennas in Tokyo at that time was high enough to control transmission for the entire region. Japan’s national broadcaster, NHK, started in 1953 and hence, Tokyo required a larger broadcasting tower. In addition to this, the government was keen on making a statement with a monument that will stand as a relic to symbolize the post-war boom. Therefore, Tokyo Tower remained the tallest structure of Japan until Sky Tree was built in 2010.

About 7500 tons of fresh paints are used to coat the old one every five years. This is to ensure that the structure retains its beauty and to prevent rusting of the metal
Source: japan.travel.com

The Tokyo Tower’s lattice is painted stunning white and orange colors. This is the main attraction of the tower. This paint color complies with the International Air Safety Regulations. These colors have become an irreplaceable feature. Visit this building at night, and you will be enchanted
Source: japan.travel.com

7. Best of the Views 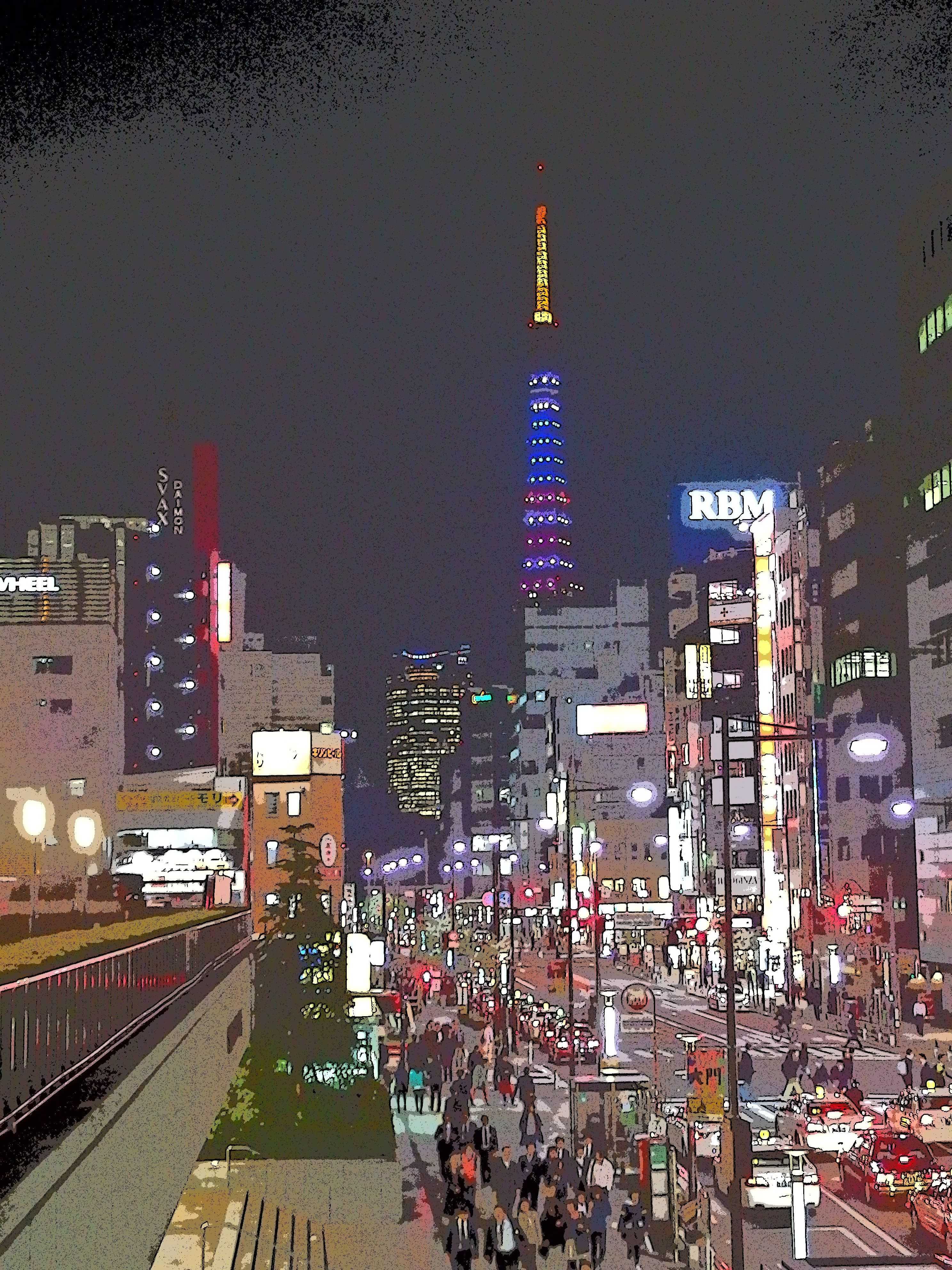 You can have the best views of the whole city from the deck of the tower. The main observatory deck is 490 ft. high. If you visit this deck, you can have an aerial view of the city in 360 degrees. On the days when the cloud is thin, you might be lucky to have an ample glimpse of Mount Fuji.
Source: trulytokyo.com, Image: Flickr

The Tokyo Tower has numerous site attractions around its base. The FootTown has an aquarium, galleries, museums and souvenir stores. You can board an elevator from the FootTown directly up the deck of the tower.
Source: trulytokyo.com

9. Designer of the Tower 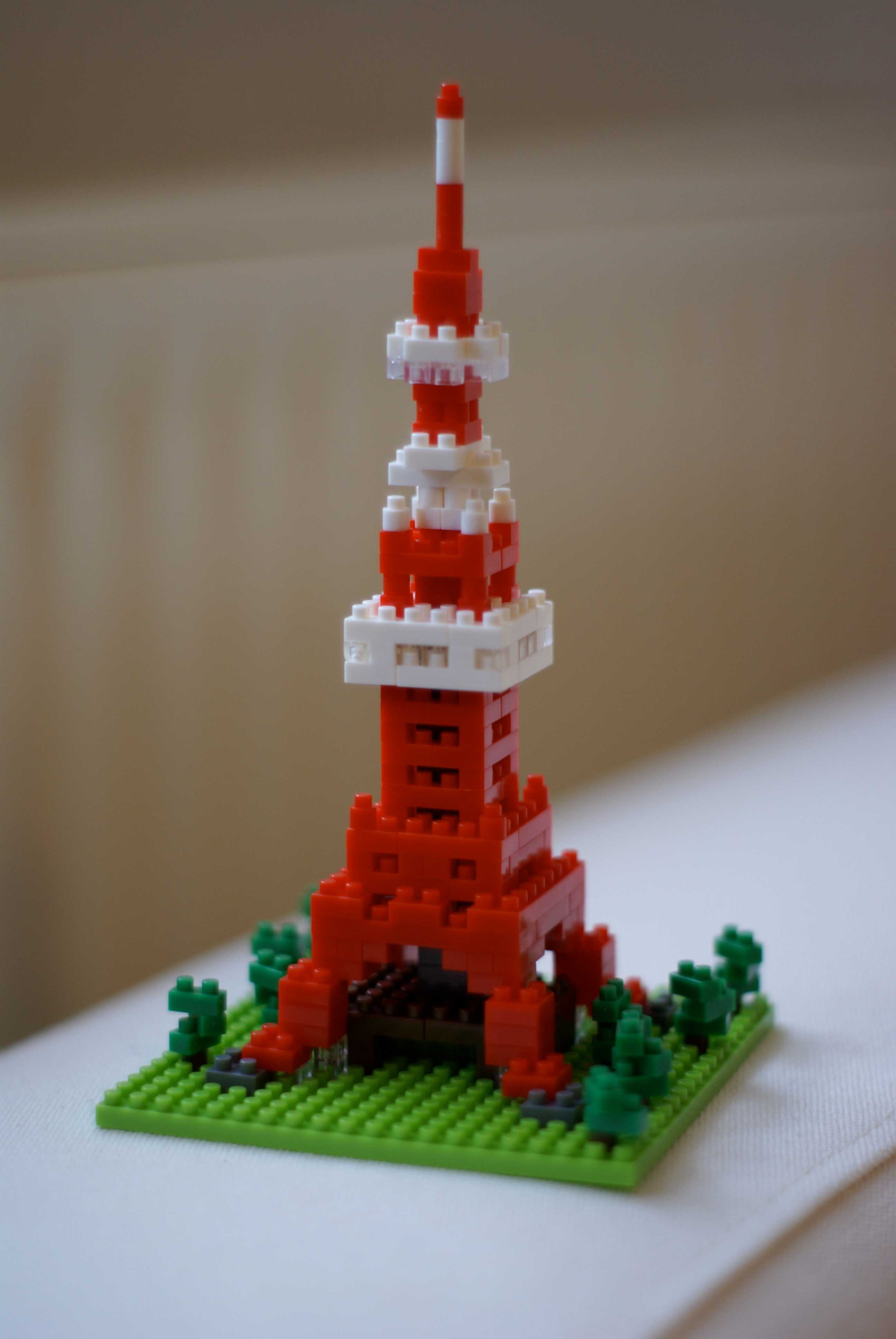 Tachū Naitō was the designer for this stupendous building. Designs of many other tall buildings have been accredited to him. For Tokyo Tower, The Eiffel Tower became an inspiration and so he based his design on it. 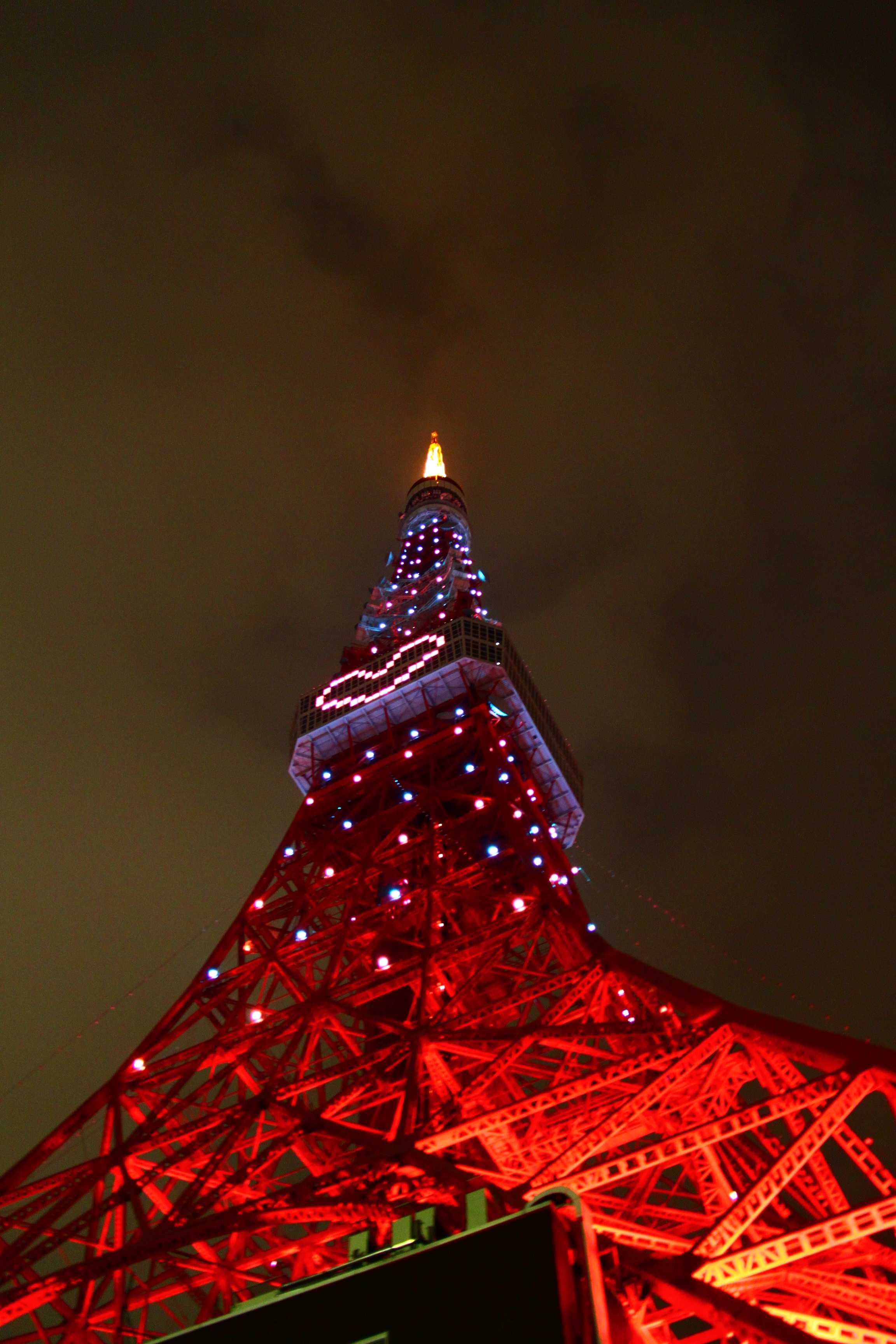 The Tokyo Tower lighting changes with seasons. During winter, the tower is lit in hot and bright colors like orange to tone down the feeling of cold. In the summertime, the illumination changes to a fresh shade of pristine white to reduce the sense of hotness.

You can make three sections out of the Tokyo Tower. The first section is the Foot Town where you can visit many cafes, trendy restaurants, and many souvenir shops. You will be amazed to know that there is also a theme park in this section called One Piece tower which will be exciting for the manga and anime lovers. The Main Observatory is 150 meters higher and provides a panoramic view of the city. So, if you have a weak heart, we will advise not to peek down! The Special Observatory is up next which is yet 250 meters high. Take your chance with this one and you might be able to have a glimpse of Skytree and Mount Fuji if the weather permits.

Tokyo Tower is taller than Tour De Eiffel, no doubt, but it is lighter. How, you ask? Well, it is constructed of prefabricated steel and the obvious advancement in steel technology is to be credited for it. The tower weight only 4,000 tons which is almost half the weight of Eiffel Tower. 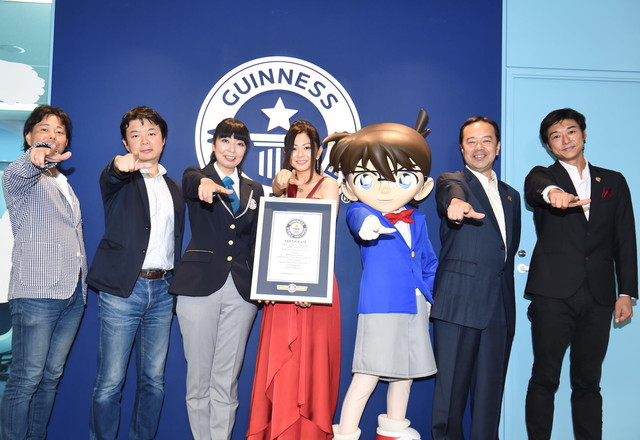 The tower comprises of a special museum for Guinness World Records. The museum is quite interesting because it is a place of life-size figurines of your favorite characters, some photo panels and models showing popular records that were once made by people from all over the world. 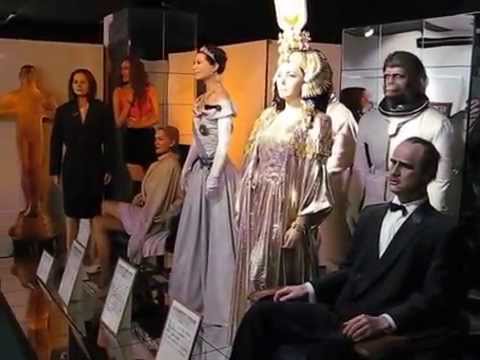 Just like the wax museum of London, Tokyo has its own wax museum in the tower too. The Tokyo Tower Wax Museum was opened for tourists in the 1970s. The museum houses wax models which were imported from London. The figurines that stand proud in their altar range from that of famous celebrities to religious leaders.

There is one more Gallery that you can enjoy and that is located on the top floor of the tower. The gallery is known for its famous optical illusions and some interactive objects for the visitors.

The elevator game of the tower is pretty strong. It starts from the base, the Foot Town and takes the people up to the Main Observatory in split seconds. For the price of the first ticket, you can take another elevator to the Special Observatory

During New Year’s Eve, the tower lights up at midnight with a year number displayed on one side of the observatory to mark the arrival of the new year. 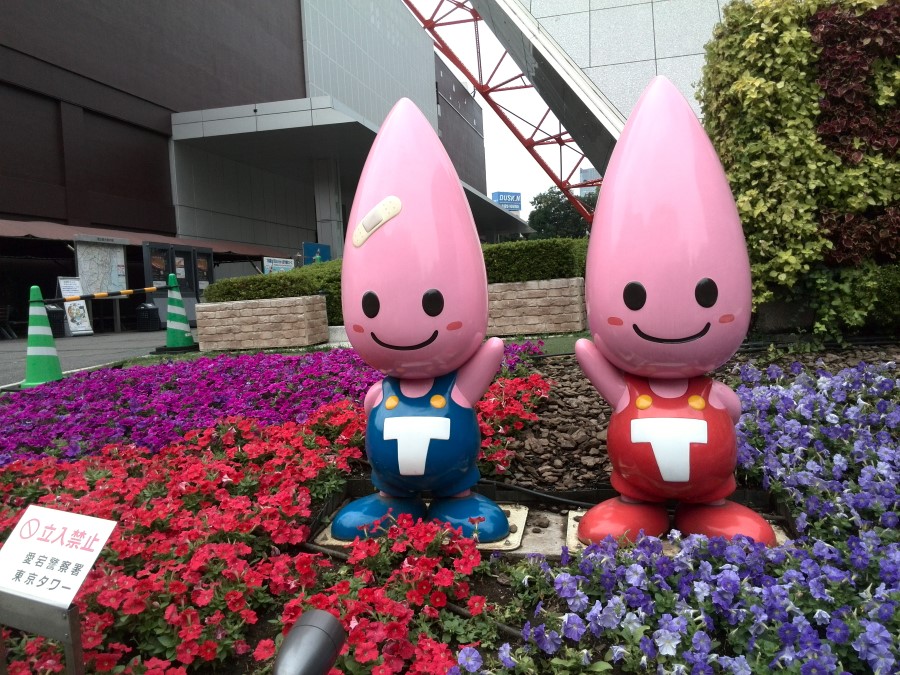 If you live in Tokyo, you might be aware of the two cute mascots, who are also siblings, of the Tokyo Tower. The elder brother is marked by his blue dungarees while the younger one by his red dungarees. They are names as Noppon and came into existence with the 40th anniversary of the Tower on December 23, 1998.

If you are anime or manga fans, you must have seen this tower is highlighted in many of the movies or comics. The tower has featured many times in anime and manga such as Tokyo Magnitude 8.0, Magic Knight Rayearth, Please Save My Earth, Cardcaptor Sakura, Digimon, Detective Conan, Sailor Moon, and Death Note.

21. What Happened to the Original Plan

There is a story behind Skytree and it is related to Tokyo Tower. Becaus eof many more skyscrapers, the height of Tokyo Tower didn’t remain as tall enough as needed for transmitting signals to the remote areas of the city. For this reason, a taller version was constructed in 2012 called Skytree. Originally though, Tokyo Tower was intended to be higher than the Empire State building which was the then-existing tallest building in the world, standing at 381 meters. But due to the lack of funds and proper materials, the plan was not really successful.

It is all about recycling, isn’t it? What could be better than taking the steel from the damaged tanks during the Korean War and making something noble out of it, like this Tower?

23. Earthquake Resistant or Not Really?

Earthquakes and such calamities do have an effect on monuments and this was due to the Tohoku earthquake that the tip of the tower’s antenna was bent in March 2011. The antenna was then dismantled for its proper reconstruction in July 2012. Unfortunately though, due to this, the height of the tower shrank to 315 meters from the original 333 meters. The antenna was placed back in 2014 after the complete repair.

Following its opening 30 years ago, the sales have dropped significantly. The government of Japan, in an effort to kickstart the sales and attract more tourists, asked for redesigning Tokyo Tower’s lighting system. Ishii, a renowned designer in Japan, was hired for this task. 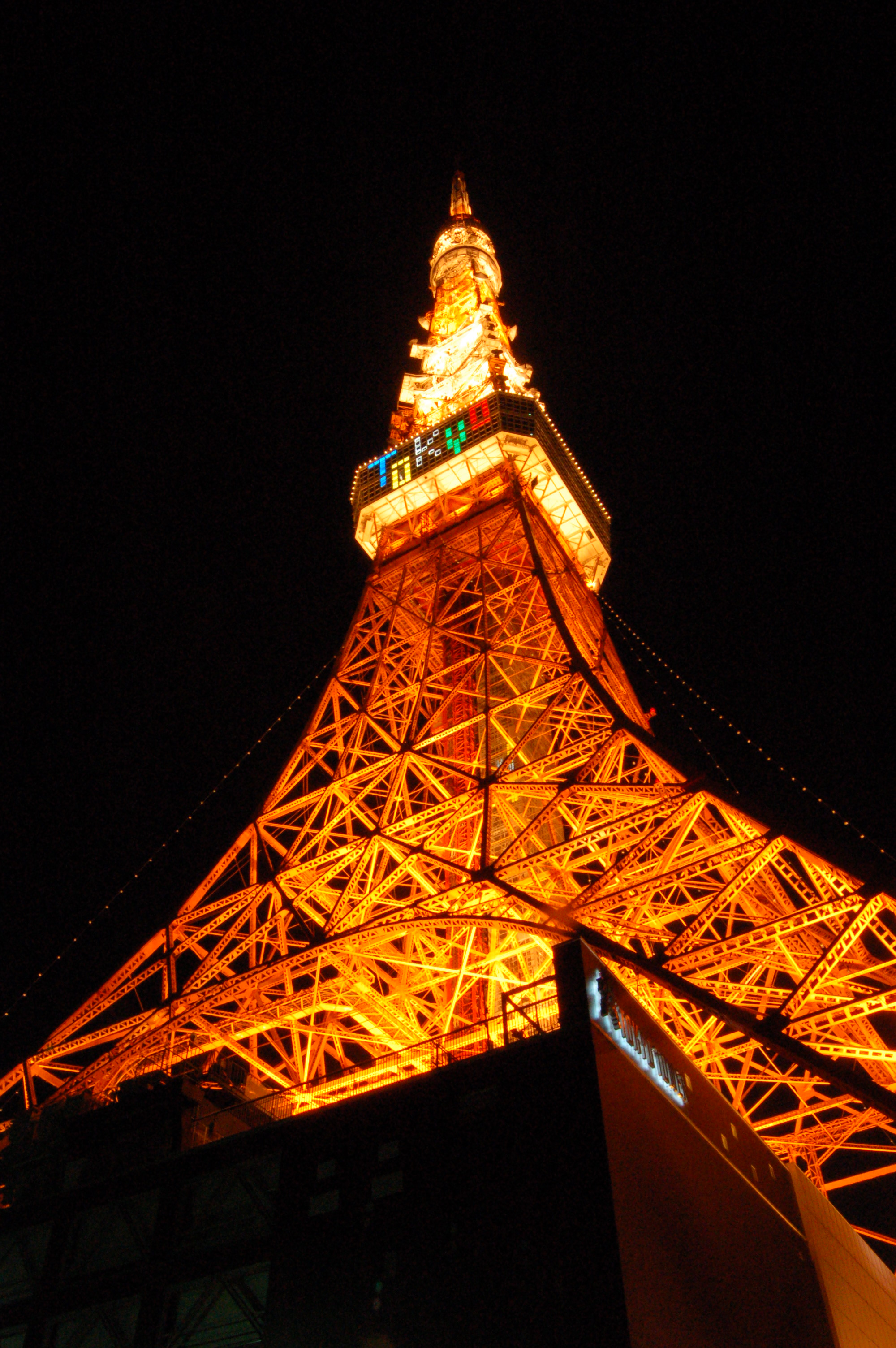 The Tokyo Tower displays the concept of Specialty Lightning on special events. The Main Observatory often plays a major role in this. If you remember, on September 10, 2005, on ‘White Band Day’, the whole lighting system was shut down except for the main observatory which was lit in white lights. The exteriors of the Observatory which comprises of the windows are often used for displaying numbers of names. In a recent event, the Tokyo Olympic in 2016, the Tokyo Tower exhibited “TOKYO 2016”. Sometimes, images such as hearts, etc, have been lit up to emphasize special occasions.

The Specialty deck or the top deck of the Tokyo Tower was closed for renovation in 2016. It was opened two years later in 2018. It was also thought that the names of both the decks would be changed.

Rupinder - June 6, 2016
0
Zebras belong to the horses’ family “African equids”, like donkeys. Unlike horses or donkeys, Zebras have rarely been domesticated by humans. The almost designer...

Venice: 17 Facts Which You Should Know!